In conversation with | Adam Jamal 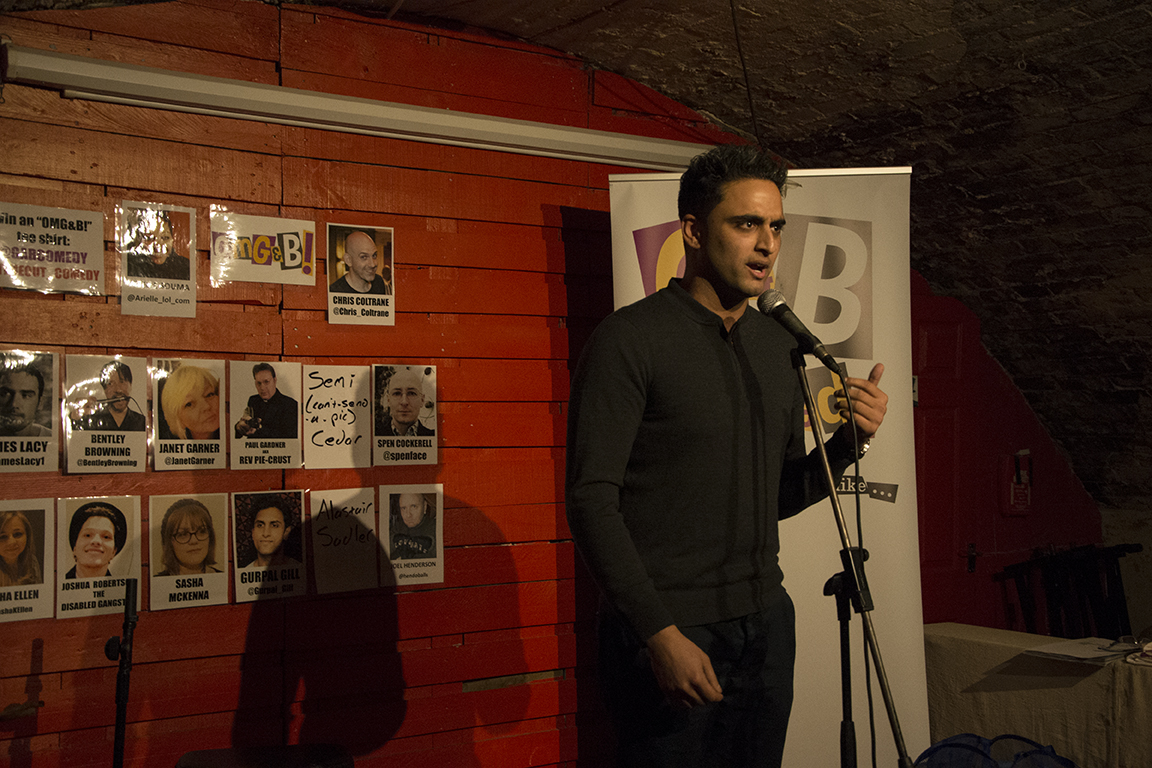 I was walking around West Ham on my way to my first comedy show in years, when I came to the realisation that I had no idea where I was or where I was going. What I did know, however, is that I was late – and lost.

I finally came across the place I was supposed to be: a dingy shed-type building underneath a bridge, which explains the Everest expedition I undertook trying to find it.

The only seats available for my friends and I were the most visible ones, seeing as we were the last to arrive. Once the show started, I remembered why I never go to comedy nights any more – I don’t want to be in the spotlight.

We were there to see Adam Jamal, a Canadian comedian who has recently moved to London from Toronto – a guy who seems to thrive in the spotlight, much to the contrary of my slightly mortifying experience.

So Adam, why stand-up comedy?

Stand-up was kind of drawn to me, I’ve been doing it for 15 years now through different mediums – sketches, situational comedy and a bit of stand-up. In 2012 I started to get into stand-up more and more. I don’t know why, it was kind of a natural progression. I started to perform and one show led to another and now I have around 700 shows under my belt.

What else do you like to do with your time?

I am a technology professional by day and a stand up comedian by night, so I barely get any sleep. I came from Canada to the UK to pursue comedy further.

Which places do you prefer to perform?

There is a big difference in doing comedy in Canada and here in London. It’s a lot harder in Canada and North America, the crowd is a lot more difficult. London crowds are a lot more welcoming and polite and they actually enjoy stand-up comedy, while it can be a lot more of a chore back in North America. In North America people demand punch lines more often than they do here. Comedy here is more about the perspective, it can be more political and people often just want to hear what the performer has to say and their thoughts and that’s what’s entertaining here. Back home it’s more of a construction of a traditional joke.

Sounds like it’s easier to do comedy in London then, right?

I wouldn’t say easier but it’s definitely different – it’s different from what I’m used to. I’m trying to adapt, to make sure that what I’m doing is taken into account and what London likes in terms of comedy but also keeping to my roots. In Canada there are so many people from all around the world. I think it’s the differences between us that I find to be the funniest. It’s usually the way someone said something and how it’s perceived in another fashion. That’s what I find funniest.

Did coming to London to pursue your comedy career further seem like a new start?

It doesn’t feel like you’re going backwards in your career then?

Maybe, I guess but I’m getting a lot of opportunities and I’m doing a lot of shows that I wouldn’t necessarily do in Toronto anymore but I’m enjoying it. It’s rejuvenating. It’s a thrill and it’s exciting. It’s challenging and it makes me appreciate comedy a lot more. I’m enjoying it more and London is a great comedy town.

How about other aspiring comedians, do you have any advice for them?

I think comedy is one of the things that if you’re truly meant to do, it will find you. If you want to do it you should just get on stage as much as you can. You might be great from your first show or you can be absolutely terrible but either way if you like it and if you think it’s for you just keep getting back up there. Trust your opinion and be confident and genuinely enjoy yourself.

As we walked to the station after the show, I was confident that I was going to hear more about Adam in the future, but I kept thinking about one comment in particular:

Well, that’s a quote if I ever heard one. You can follow Adam Jamal on his Twitter page.