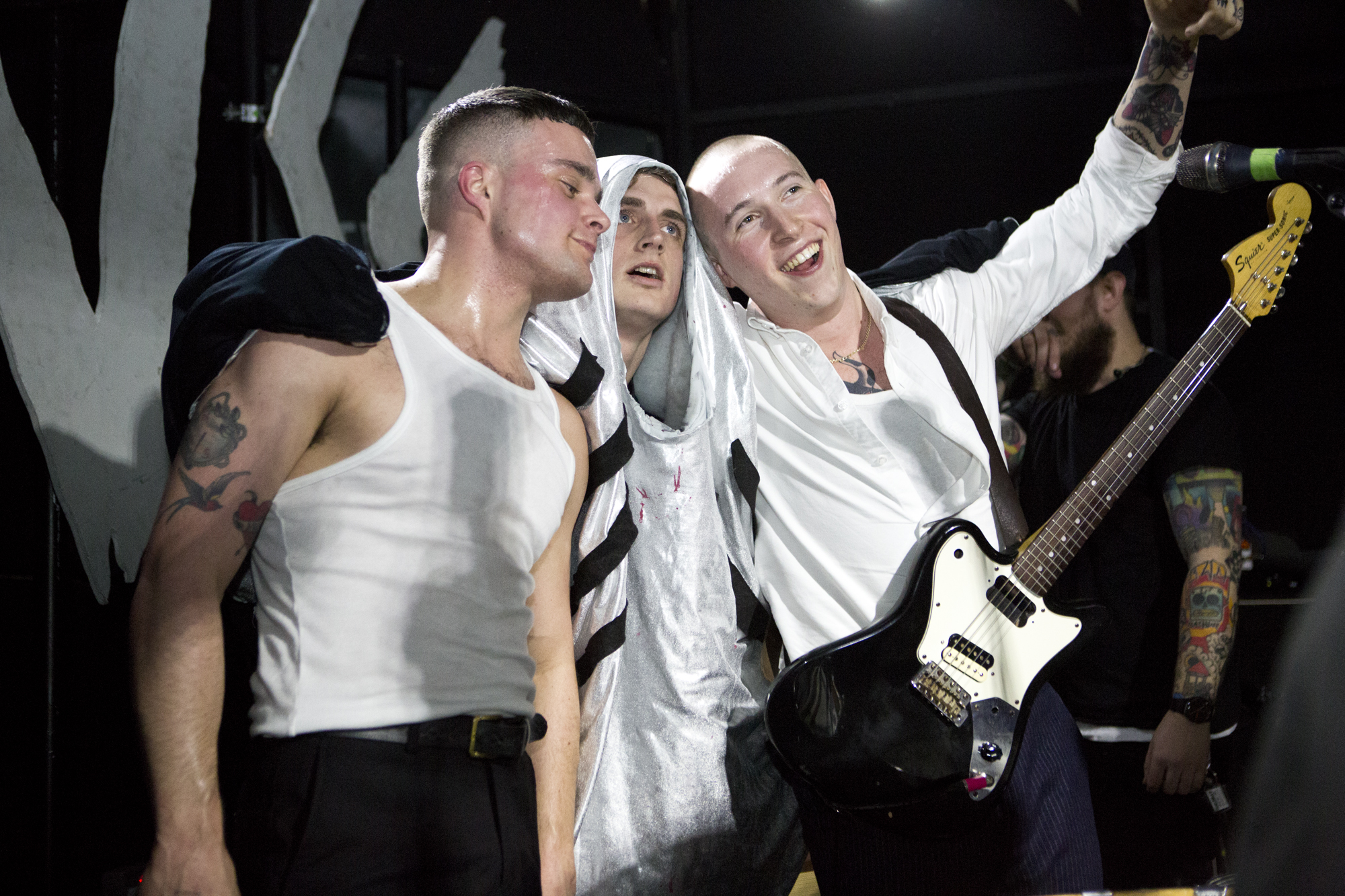 Energetic punk-duo Slaves have released a video for their upcoming single Feed the Mantaray, due out later this month.

There’s been a lot of hype surrounding their ferociously defiant collection of EPs that manage to sound every bit patriotic and anarchistic simultaneously. Directed by both Slaves and Youth Hymns it’s clear the lads know how to poke fun at themselves.

The video starts out with the pair chilling, donned in matching Adidas trackies, suddenly captivated by a floating manta ray on the telly. Out of the blue they’re transported inside the world of the manta ray, driving in a red Mini at the bottom of the ocean – as you do. Hobbling along through the motions and fuzzy VHS footage, it’s faintly reminiscent of the bus in Playdays.

It’s very tongue-in-cheek; a flappy makeshift manta ray stalking their car, feeding it sweets as bubbles float about in every direction. This lasts until the manta ray becomes a bit demonic, chasing the guys down in a Scooby-Doo style run. Turns out it prefers human blood to sweets!

The track itself is ridiculously addictive, and Isaac’s vocals are relentlessly catchy. It’s written about the band’s previous flatmate Tim whose bedroom antics were causing a bit of a nuisance: “Paper walls are paper-thin. God I fucking hate you, Tim.”

It blasts out in a super gritty, confrontational punk-rock spirit but still can’t help make you crack a smile.

The Feed the Mantaray single is out March 23. Their debut full-length album Are You Satisfied? is released on Virgin EMI on June 1.