The consent project: no means no

“I didn’t know that what had happened to me was wrong. Both times were in clubs, and the men put their hands in places I didn’t want them to.”

The words of a victim of sexual assault – wishing to remain anonymous – speaking to Artefact.

She continued:  “The first time I was working and I was pushed up against a wall as he put his hands on my bare breast.

“The second time, I was out with friends but this man took it further and touched my vagina as I tried to free myself. In both instances it was stopped by people who saw me struggling before it went further. In both instances, I said no.”

The woman said that while feeling upset, scared and hurt, she had no idea that what had happened was a sexual assault until she talked to her Mum a year after the second incident: “Her outrage and insistence that I was a victim made me realise that I wasn’t alone and that it was OK to feel bad about what had happened to me.”

Across Britain women and men with similar experiences share these thoughts as they struggle to define consent clearly in their heads, and so avoid an undesired sexual assault. 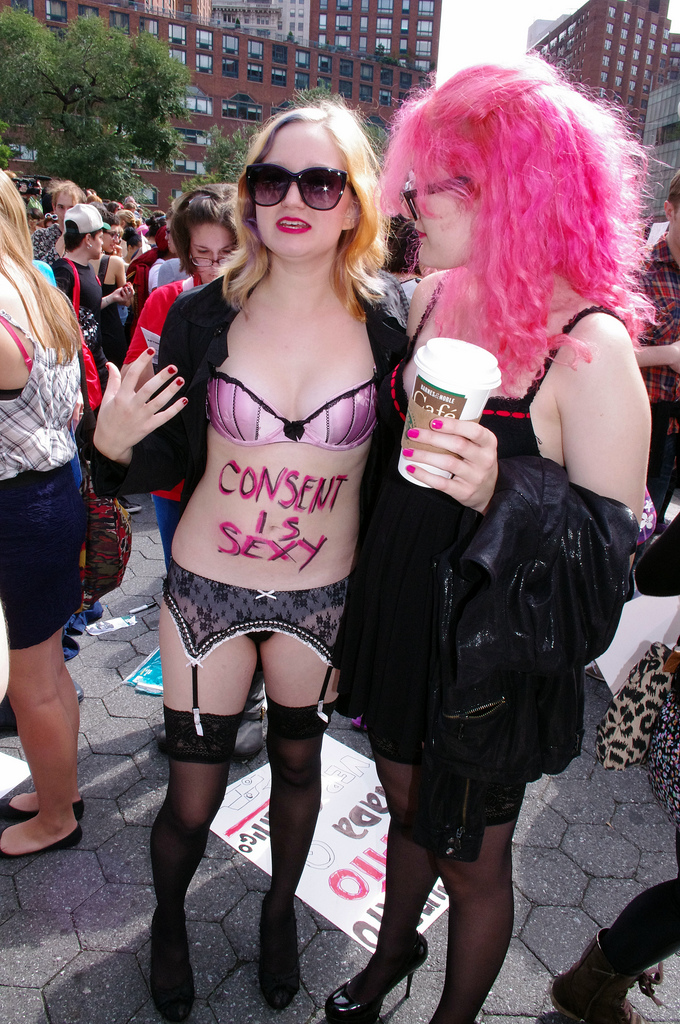 In 2014, a survey conducted by the Cambridge University Students Union found that out of 2,126 students, 46 per cent had experienced groping. Out of all the students taking part in the survey, 142 had experienced a serious sexual assault and just 12 per cent had reported the crime to the police.

The London Consent Project is a group that aims to define consent for teenagers and ensure they know the importance of respect in sex. Inspired by the mandatory consent workshops Cambridge University holds for incoming undergraduates, the project, run by budding barristers Kate Parker and Victoria Shehadeh, is directed at those aged 14 and above.

So what inspired the project? Parker, 24, talks about several occasions where she was sitting across from friends at dinner or drinks and heard them talk about events which they didn’t fully understand to be examples of sexual assault. She passionately explains she hopes her work “can change people’s experiences in the future”.

Kate’s intention is to “catch them young”, educating students on the legal framework of a sexual assault and help them learn to have respectful sexual relationships.

“I’m not trying to pour a bucket of cold water over them or patronize them; it’s a case of safeguarding them through education. It is as much protective of guys as it is for girls. I hope to minimise the number of sexual interactions they experience that sit in that grey area between consent and obvious, voiced, lack of consent. The questions I’ll ask are: is it okay when one party feels slightly pressured? Is it ok when one party is off their face drunk? And what do we mean by consent?” explains Kate.

The Crown Prosecution Service, Section 74, defines consent as “if he agrees by choice [to the act], and has the freedom and capacity to make that choice.” With the London Consent Project, Parker intends to leave students with the knowledge of how to engage in sexual activity which is agreed upon – and enjoyed – by both parties.

The Young Feminists London (YFL) agree that this is an important issue and that talking to students in their early teens is advisable in order to educate them for their future sexual relationships. Amanda Lundstedt of YFL said: “Girls put up with groping and harassment without knowing their legal rights and boys aren’t aware of where the line is. We need to reinforce that line so that it becomes clear that crossing it won’t be tolerated.”

Reasons for sexual assault can often be cited as victims being too drunk, victims dressing provocatively and even that it isn’t rape or assault if it is by a partner. The London Consent Project is striving to eradicate these myths and clearly define exactly where consensual sex ends and assault begins.

“I’d like to coax out of students what they think is acceptable and unacceptable sexual behaviour.” Kate Parker

In 2012, the UK Ministry of Justice reported that 19.6 per cent of females and 2.7 per cent of males aged 16 to 19 had been victims of sexual abuse or assault. Defining consent at an early age could help young men and women realise they’ve been victims of a crime and convince them to report such abuse, while also teach them about the importance of accepting the will of a partner.

The London Consent Project plans to discuss the matter of consent with Year 9 school classes. The talks will be interactive, with Kate and Victoria not only lecturing the students on sexual assault laws but also asking them to analyse scenarios in order to “engage students with the topic and volunteer their own opinions”.

“I’d like to coax out of students what they think is acceptable and unacceptable sexual behaviour,” Kate stresses.

According to Psychologies Magazine in 2010, the single largest group of internet pornography consumers are children aged 12-17. In light of these findings, it’s vital to acknowledge that boys and girls under the age of 18 not only know about sex but also might have developed an unrealistic perception of sex.