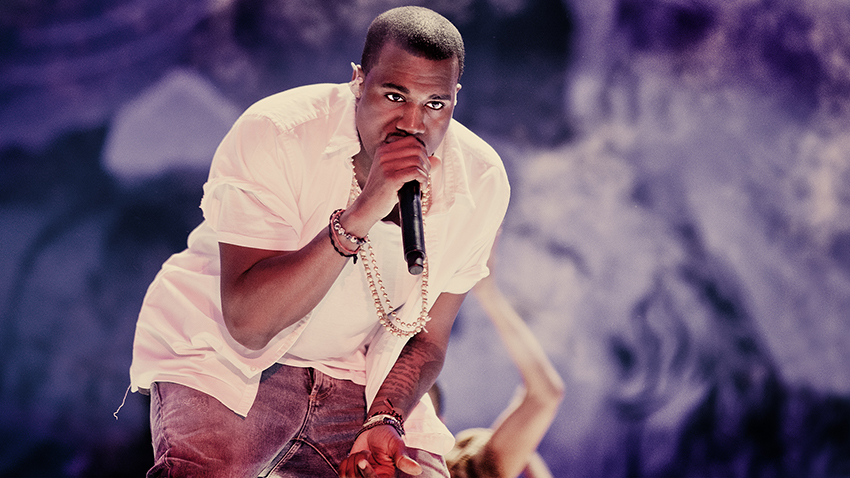 Kanye West continued his tour of prestigious UK institutions by stopping by at Central Saint Martins (CSM) in King’s Cross, London, on March 3.

The rap superstar visited the art and design college to meet with MA Fashion course director Fabio Piras, and to view the students’ final collections.

West has been linked to CSM many times before. He was a close friend of the late Professor Louise Wilson, who passed away in May 2014 and reportedly mentored the rapper before he launched his first fashion line in 2011.

CSM is considered one of the world’s leading centres for art and design education, with a list of alumni which includes famous designers Alexander McQueen, John Galliano, and Jane Carr.

In an interview with GQ last year, West admitted he had dreamed of attending CSM, but opted against it after discussing the possibility with designer Louise Golding – who also studied at the college: “I wanted to go to Central Saint Martins, but Louise Goldin said that I was too famous,” he said.

The rapper recently presented his latest fashion line, in collaboration with Adidas, at this year’s New York Fashion Week, following his previous collection which received mixed reviews from critics.

I don’t call myself a designer as I was not allowed to go to Saint Martins — KANYE WEST (@kanyewest) February 20, 2015

The quick stop at the esteemed college followed the rapper’s visit to Oxford University, where he discussed his art with students, claiming: “If I was gonna do fine art, I would have become Picasso or greater.”

While at the university, Kanye addressed a 350-strong crowd eagerly waiting to hear some of his famed ‘Yeezyisms’.

The lecture, which took place at the Oxford University Museum of Natural History, was organised by the Oxford Guild Society and announced via a Facebook page specially set up for the event.

Speaking to Oxford newspaper Cherwell before the speech, Abbas Kazmi, Chairman of the Oxford Guild said: “It is great to see the hard work pay off after having spent many hours negotiating against the odds and keeping things under wraps to secure this event.”

The audience were encouraged to email any questions they might have for the self-proclaimed ‘Louis Vuitton Don’, but Kanye soon said the questions were “throwing off his stream of consciousness”.

West spoke on a range of topics from Steve Jobs to how “the Matrix is like The Bible of the post-information age.”

Here are some nuggets of wisdom as live-blogged by student newspaper The Tab:

“Obama calls the home phone, by the way.” #YeezOx