In the build up to the United Nations summit on environmental laws to be held in Paris in December, thousands of climate change activists from all over the UK marched through London to Parliament Square. There were similar demonstrations in cities around the world on March 7.

Demanding government moves towards renewable energies, the discontinuation of use of fossil fuels, and a general conversion of the population to veganism they drummed, sang and danced their way through central London, halting traffic and having a damn fine time doing it.

One group, from Hackney, began the day of action at Dalston Square and before heading to central London. 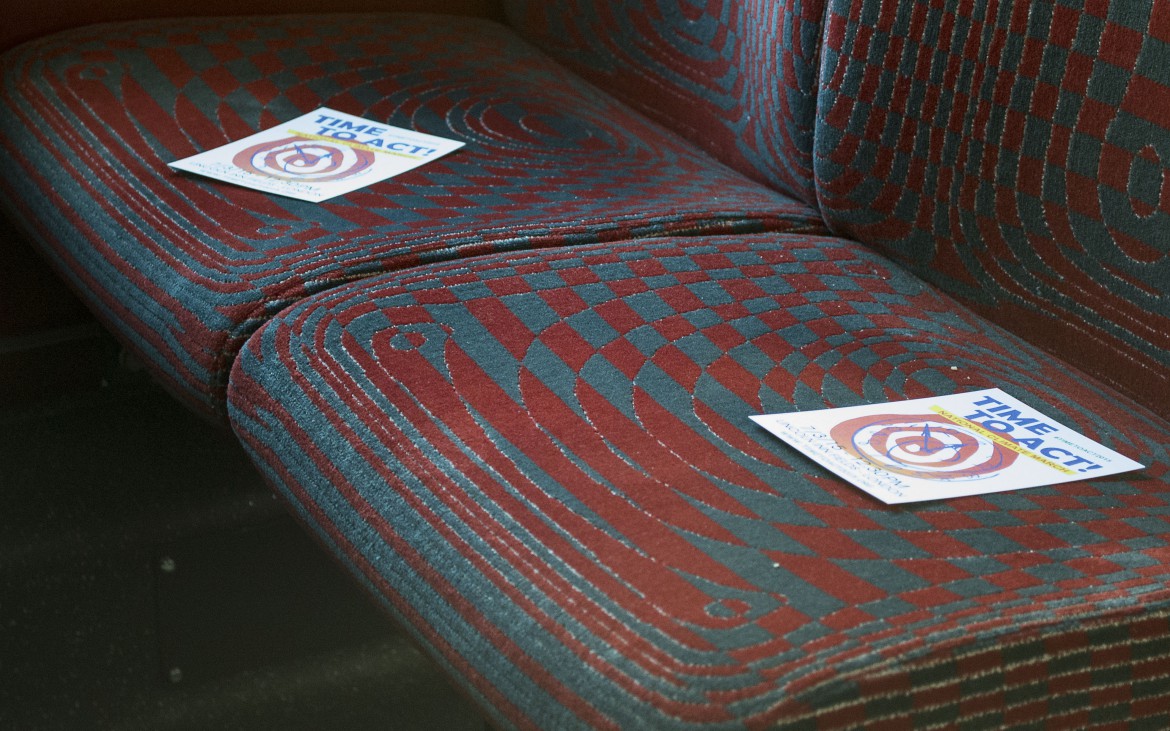 Leaving flyers as they travelled, the Hackney group made their way to Holborn on the 38 bus. [Elena McDonough] 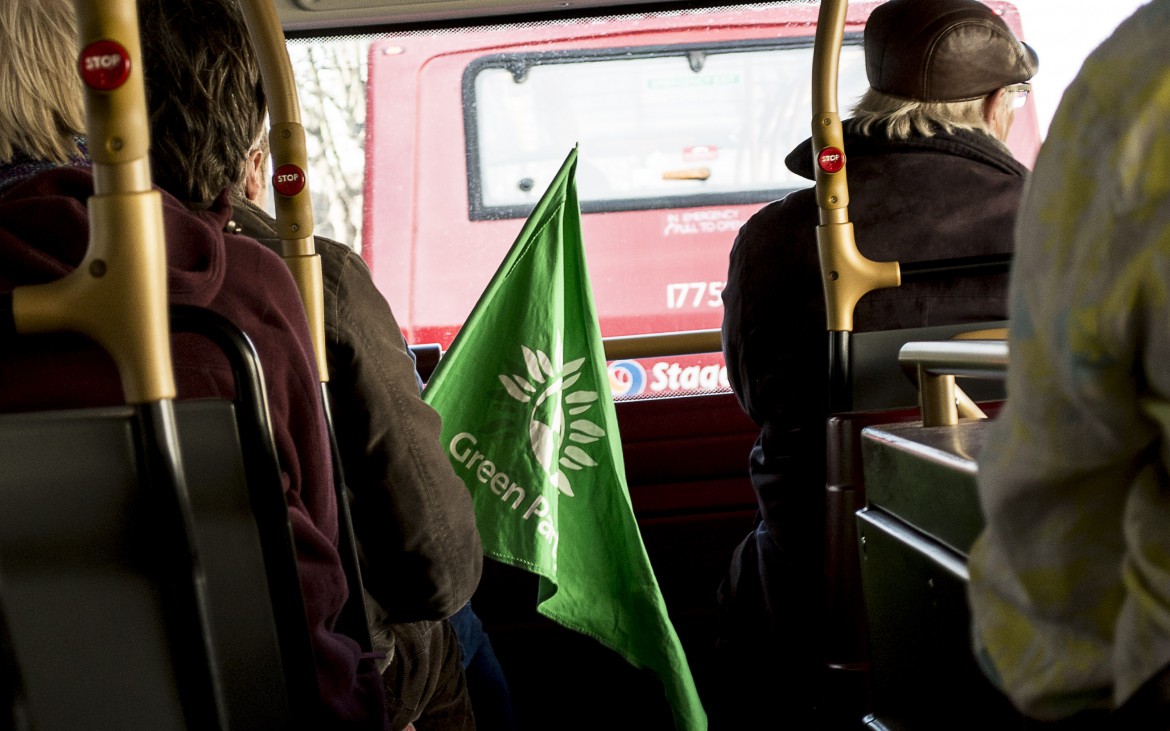 Members of the Green Party led the group to the rally. [Elena McDonough]

Upon arriving to Lincoln Inn’s Fields at around half past 12 in the afternoon, the marchers were greeted by huge numbers of people and glorious sunshine.

The beautiful day gave way to beautiful vibes and a crowd of generally happy and hopeful people. As the speeches went on through the afternoon many people dispersed, but a strong core group of supporters stuck around. 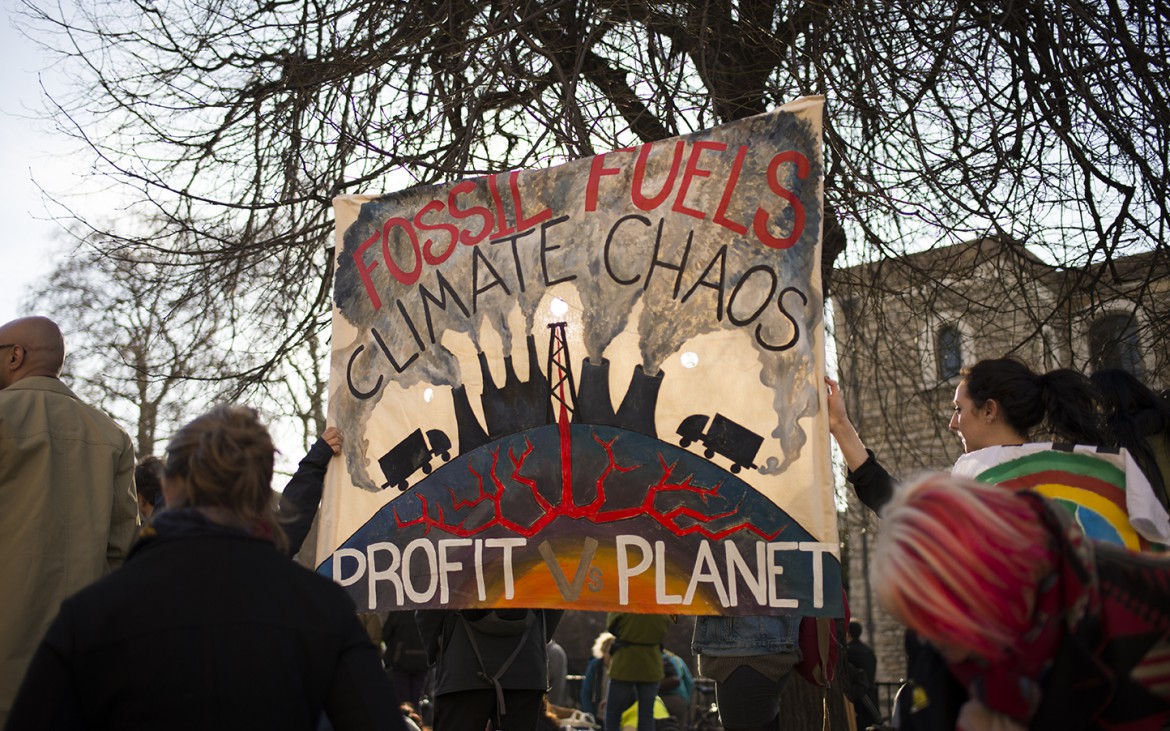 After the thousands strong march to Parliament Square, I took some photos of those who stuck around as the sun slowly set. This placard was hand painted by activists. [Elena McDonough] 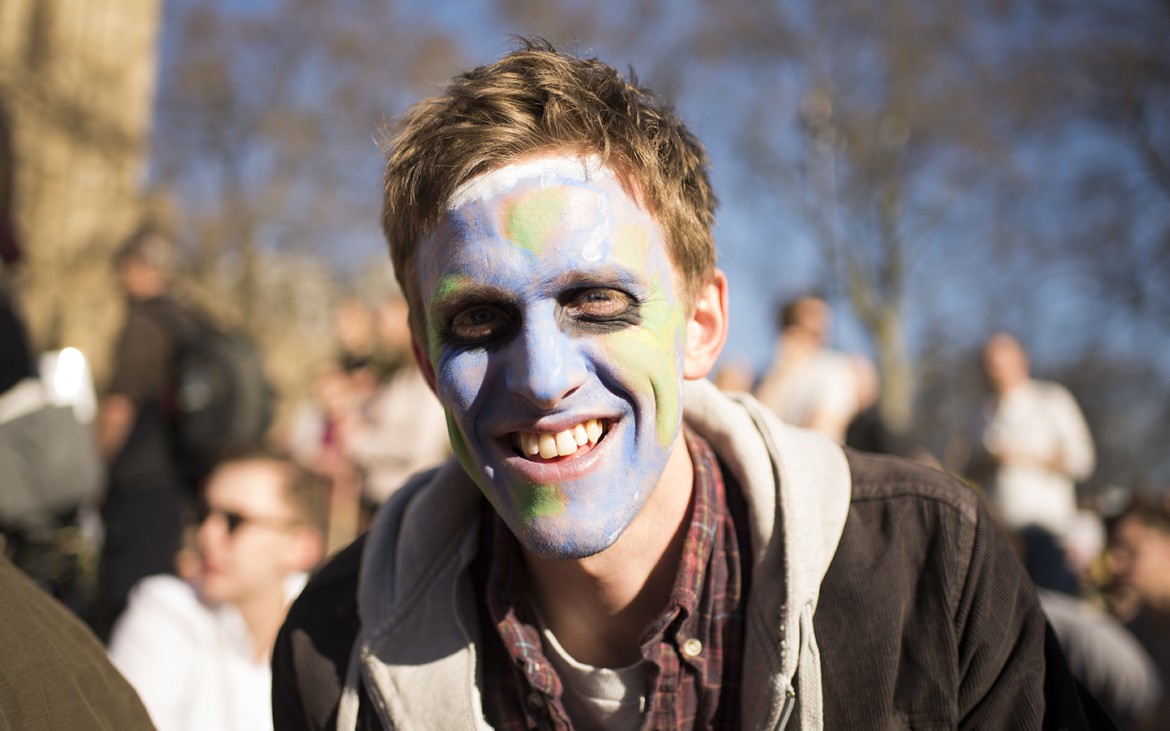 This guy painted his face to show how much he loves the earth, fun! [Elena McDonough] 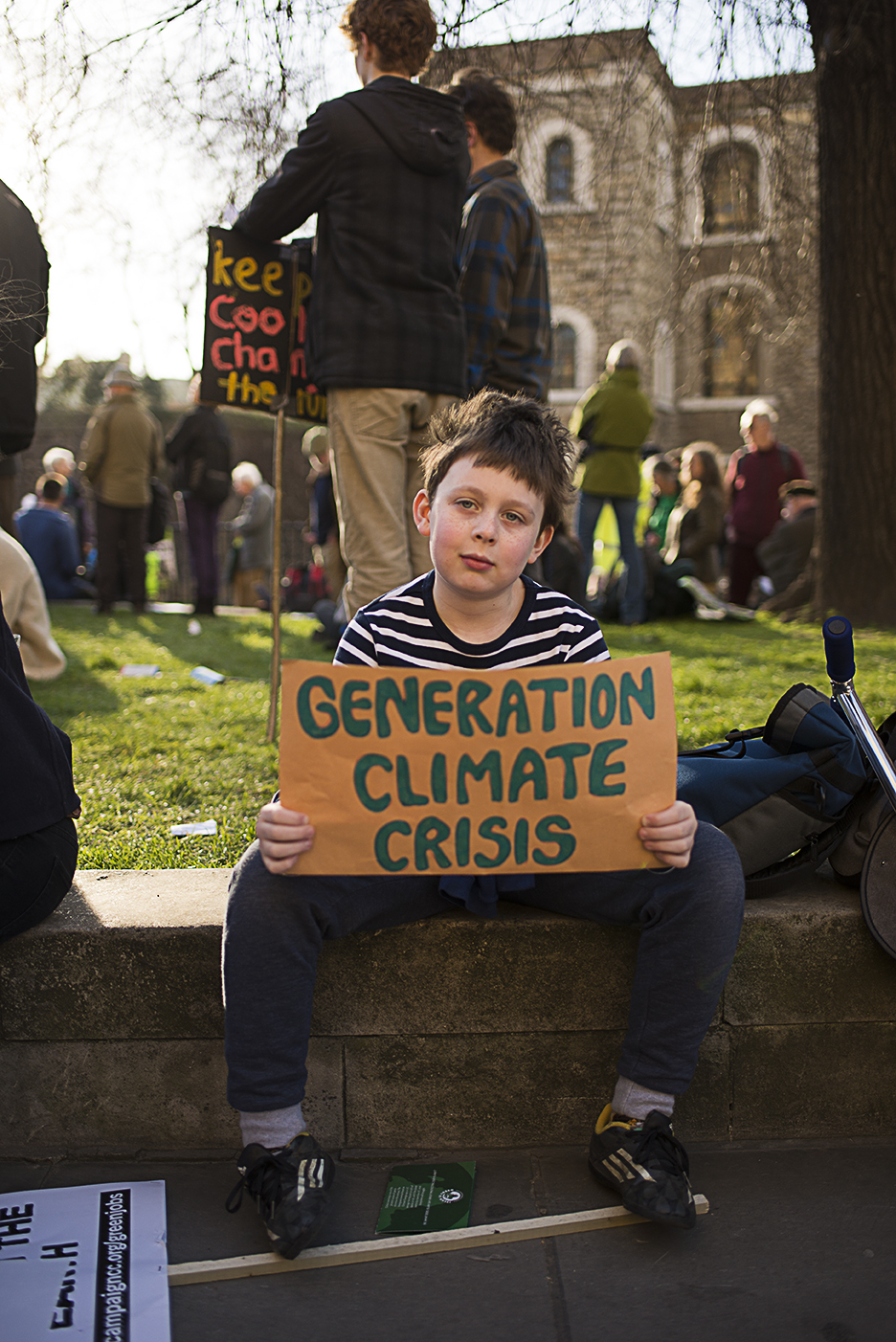 This member of ‘Generation Climate Change’ was sitting down with such sullen resignation he looked as if he’d lived through a climate catastrophe himself. [Elena McDonough] 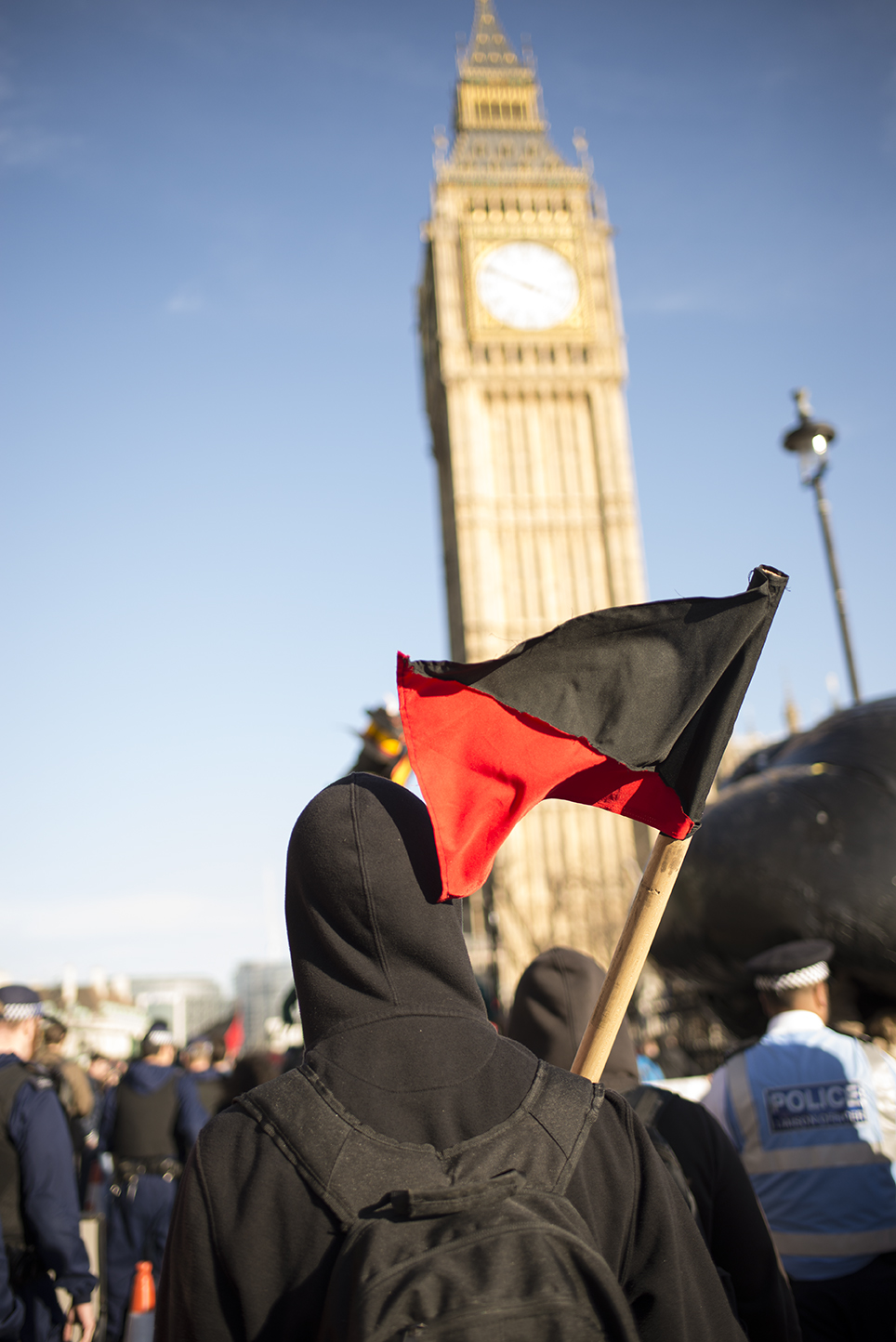 The anti-Fascists blocked extra lanes of traffic, and eventually skipped the speeches being delivered at Parliament Square and continued marching around Westminster. [Elena McDonough] 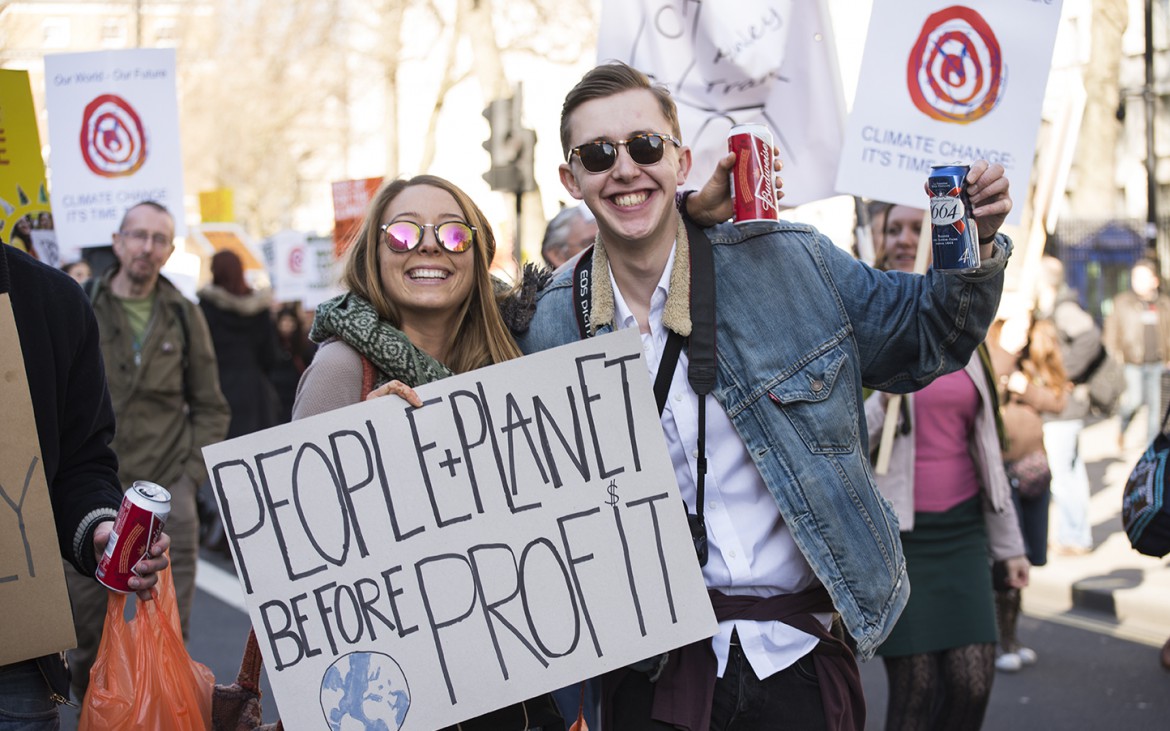 Anne and Campbell were happily dancing along to the rolling band, and their 15th rendition of Wild Thing. Good vibes were everywhere approaching Parliament Square! [Elena McDonough] 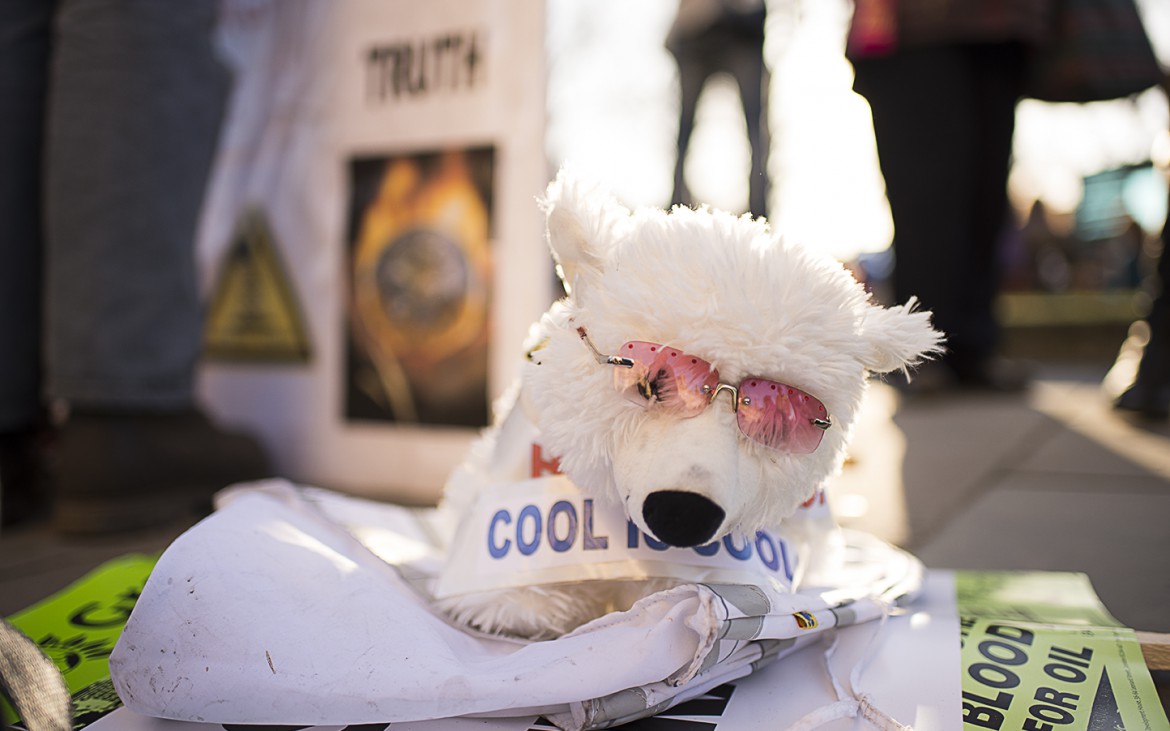 This fluffy dude was among the many polar bears hanging out near Parliament, they’re a useful visual motif for climate change activists. He’s wearing shades because its getting hot in the Arctic. [Elena McDonough]