Artefact: News is in the eye of the beholder 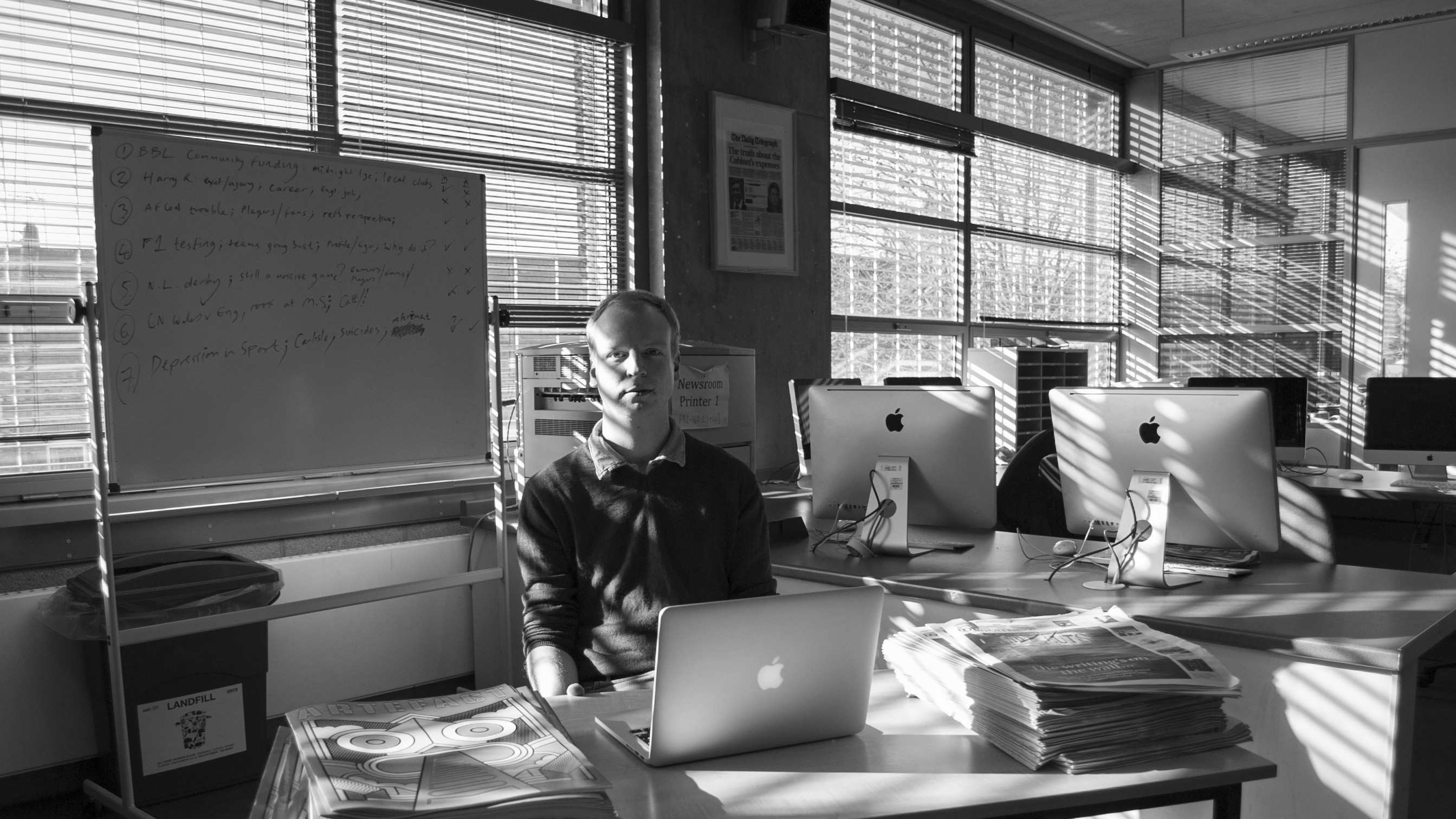 The more discerning readers amongst you might have noticed that the magazine you are reading is more than just an A3 testament to voguish fonts, pretty pictures and half-heartedly fashionable ideas.

Artefact is in fact the final year project for BA Journalism students at London’s University of the Arts. This, ladies and gentlemen, is the culmination of three years hard work and £27,000 in tuition fees.

If you’re a UAL student resilient enough to have made it through your first year, then you might remember Artefact’s predecessor, the Arts London News (ALN), which was an entirely different publication altogether.

ALN was a weekly newspaper whose primary purpose was to cover university news, along with the real life issues faced by its students and staff.

It was constructed and presented much like a Fleet Street paper, the idea being that this would give final year journalism students a decent and realistic experience of what it was like to work for a proper newspaper.

ALN existed in various forms since its first incarnation as The Clerkenwell Guardian which was founded at the School of Media in 1994.

Over the years, the students working on it covered thousands of stories relating to UAL and its internal affairs – stories which were often critical of the university’s management and policy.

Everything from poor quality student housing to the scandalous closure of courses and departments was given a platform in ALN.

The paper provided a valuable service typical of many university papers – it held its institution to account and served as a real time watchdog, its young journalists watching every corner of UAL – waiting for the faculty to slip up so that they could write about it.

It represented the best interests of students and staff and made sure that when something worrying happened people heard about it and, by extension, could do something about it. 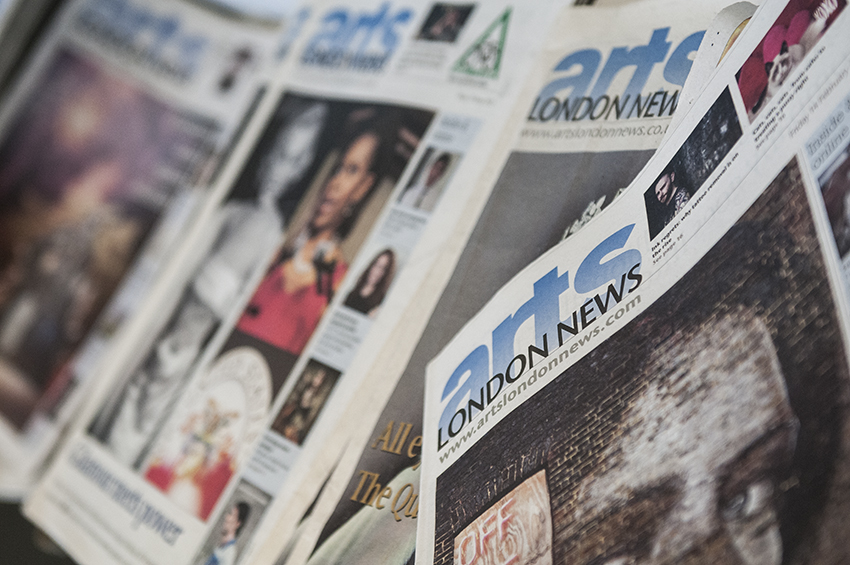 It should come as no surprise then, to learn that Arts London News often found itself at odds with the university’s management, whose decisions and misgivings the paper strove to criticise.

Early last year it was announced that the university had decided to invest a ‘substantial’ sum of money in order to ‘relaunch’ the publication as a 52 page magazine, meaning that the Arts London News that we knew would cease to be printed.

This investment is what paved the way for Artefact. It is probably worth mentioning that the university spends in the region of £20,000 per year to print Artefact, while ALN was printed for free, so sceptics might consider that this gives some credence to the notion that the university’s management wanted rid of ALN.

Looking at Artefact, it is quite difficult to see any link at all with its predecessor – it is not hard to see that this is a much softer publication, one whose emphasis is on entertainment rather than news.

The magazine’s manifesto describes Artefact as a “positively disruptive, raw, radical” magazine and, from that perspective, the project has been a triumphant success.

It is quite feasible to think that this publication could be passed off as a real magazine, the kind that you’d find in a newsagent’s; the kind of magazine who’s staff are paid and the kind of magazine that could actually be a financial success; this is a really impressive feat.

I am sincerely proud to be part of a team whose work is of such a high standard. However, I often worry that we have missed the point entirely.

The degree that the writers of this magazine have invested three long years and nigh on £30,000 of their life towards is journalism, and in my opinion this magazine does not represent that – it is entertainment, something that can seem quite similar to the untrained eye, but is by definition something very different.

While ALN served the noble purpose of representing UAL students in holding UAL to account and drawing attention to events and decisions that might be detrimental to them, Artefact feels like it is having entirely the opposite effect, it feels like more of a distraction.

No longer is there anyone actively watching and reporting on what UAL, which is a huge corporation with hundreds of millions of our pounds in the bank, is up to.

What’s more worrying is that while this magazine is something of a glossy entertainment mag, it feels as if it is actively trying to disguise itself as having that same journalistic quality that ALN had.

It’s not just a problem with magazines though, there seems to be an underlying trend that Generation Y just doesn’t care about these real issues and long term problems the same way that the generations of students and young people before us did.

We don’t want to read the news, we don’t want to think about things like progressive politics or mortgages or pensions or any of those other real world problems because they are starting to feel like an impossibly difficult battle that’s so difficult to win that it’s probably not worth bothering with.

We’re more interested in taking designer drugs and browsing YouTube than we are in taking notice of what’s happening around us or building any kind of solid future for ourselves.

It’s hard to put a pin in exactly what has caused this overt rejection of the real in favour of the fashionable and the inconsequential, but I think that maybe it’s because everything real is just getting too much.

Our way of dealing with the confusing abyss of chaos outside is to shut ourselves away from it, to look inwards instead of out.

After all it’s much more comfortable for us to think about what’s fashionable at the moment and how we can improve our immediate personal brand than it is to think about the prospect that in 20 years time we are going to be up to our eyeballs in debt and struggling to find a job because the corrupt people who govern this country fucked us while nobody was watching. 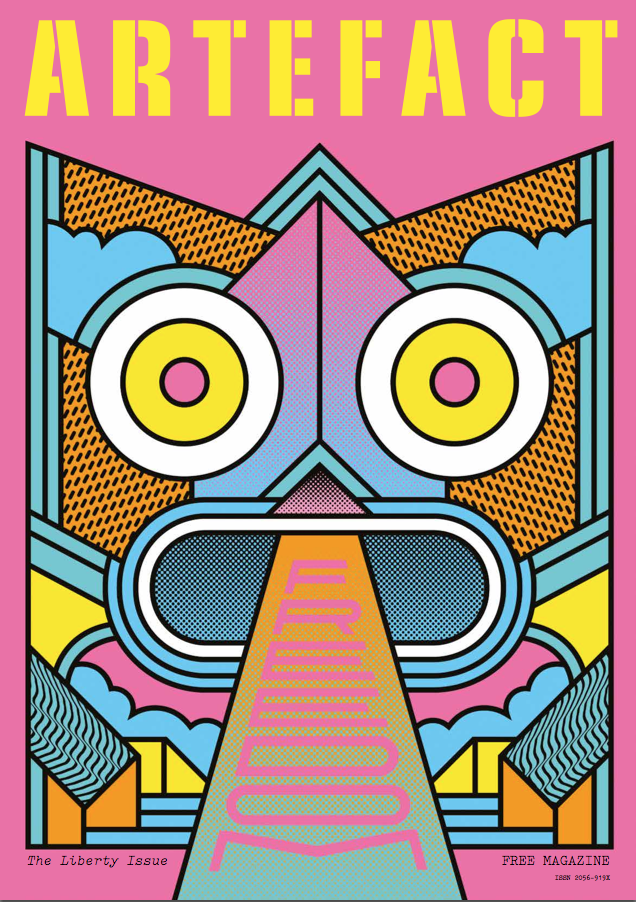 All of this is leading to a much more serious issue though, it is causing us to become further and further removed from what is real, we are becoming a society of spectacles. Instead of watching and reading things that deal with real issues, we watch and read things that just represent dealing with them.

Vice for instance, one of the publications that inspired this magazine, is a classic example of our generation’s rather worryingly misguided conviction that saying something equates to doing something.

While Vice represents the rebellious spirit of everything anti-establishment – it is not.

And while yes, it’s fun to read cool stories; entertaining to read about cool hang outs, cool people, cool clothes and everything else which is primarily relevant to us because of its cool-ness, none of this information actually does anything – it is just a useless collection of beige information and thoroughly mundane opinion about the immediate and the irrelevant, information that serves to entertain and to sell magazines rather than to inform.

We are getting lost in a sea of inconsequential ideas and dead end introspective excursions that entertain and stimulate but do not inform society in any constructive way, and while I can admit that there is a place and modest market for this type of information – it feeds a dangerous misconception that is causing us to lose touch with whether something is entertainment or journalism.

What’s even more worrying is that this disconnection has started to affect young journalists. It is quite feasible that many of us are starting to think that just because what we write is entertaining, well written and well received, that it is good journalism. But it isn’t.

There is hope here though. Artefact has the rare quality of not needing to satisfy a market or a board room – it is paid for by the university and produced by its students.

There is, theoretically, very little constraint about what its writers can write or what its editors can include. It also possesses an arguably rarer quality of having a team of intelligent, driven journalism tutors at one of the finest journalistic institutions in London behind it.

I think that providing we don’t forget the spirit of Arts London News, Artefact will always have the capability to yield the same kind of positive and significant difference to the lives of UAL students in a way that no other publication ever could or would.

While I will admit that ALN wasn’t the most engrossing or glamorous publication in the world, it didn’t try to pretend that it was. It could certainly have done with some polishing and a touch of rebranding but to depart from it completely was, in my opinion, a mistake and a shame.

While Artefact is popular, we should not fall into the trap of thinking that this means it is successful – we should remember that there are already a million and one other magazines doing exactly the same thing, and frankly those magazines will always do a better job.

If we really want to create this kind of trivial content then we should do away with it all and just start writing blogs instead, or cut the print edition and spend that £20,000 a year on advertising and marketing the web version.

What we definitely should not be doing though, is pretending that this magazine is serving the same kind of purpose that Arts London News did.

I hope that the journalism students that replace us, and those that follow them remember that while it is quite easy to sit idly behind a desk and hammer out lists about ‘the top ten things to do in London when you’re on acid and not wearing trousers’ it is not of any real value, and it does not possess any purpose other than to entertain and distract its readers, something that there is already an over saturated mass of glossy magazines doing.

I hope that you, the people reading this, realise that just because you are not reading about the questionable and potentially unfair behaviour of the people that run your institution anymore, it does not mean that it is not happening or that there isn’t something that you can do about it.

I also hope that whoever is in charge of editing the opinion section this term sees fit to put this all into print, after all, it does fit quite nicely with Artefact’s “positively disruptive” ethos.