In conversation with | Antonio Mellino 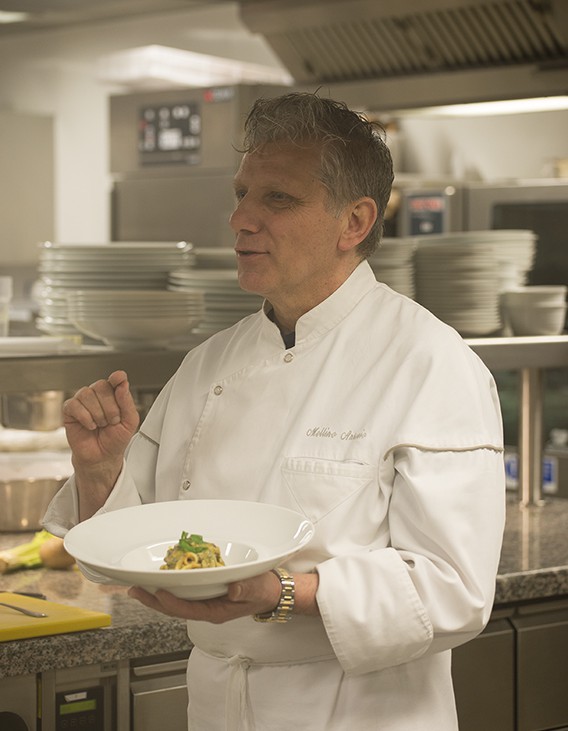 The Michelin Guide has an enormous influence on the world of food – it has become a recognition of excellence for chefs all around the globe and can be a powerful driving force to commercial success for restaurants.

However, restaurants do not have the right to tell or mention the number of Michelin stars they are awarded: the company’s policy is that the client can check the number of stars only by reading the guide, and neglecting this rule can lead to the restaurant being excluded from their ratings.

The pressure associated with achieving and keeping the Michelin stars can also have a negative impact on a chef.

One well-known incident happened with French chef, Bernard Loiseau, who committed suicide because of rumours about a possible downgrade of his restaurants from three to two stars; to be awarded three stars in the culinary world is an achievement second to none.

All award criteria rankings of the company, Michelin, are hidden from the public eye. However, it is known that the main measure is the kitchen, while the atmosphere, service and price are secondary to the food served.

It is known that the stars are awarded to the chefs, not the restaurant, so if the chef decides to leave and work elsewhere, they have the right to take the stars with them.

Antonio Mellino first opened his restaurant Quattro Passi in 1984 on Italy’s beautiful Amalfi Coast and since then, has never looked back.

The two Michelin-starred chef began his path to success in hospitality, working on cruise liners for ten years where he experienced the skills of how to work in a busy kitchen.

Since his success in Italy, he has decided to bring his award-winning restaurant over to London to share his Italian culinary masterpieces, giving Mayfair some Mediterranean flair.

Like every ambitious chef, Mellino hopes to earn that third Michelin star one day: “If I want something I will try very hard to get it. Nobody can change my mind. My dream was to open the best restaurant in my area, I worked for 35 years and it has paid off. Now everybody in the world knows about about my culinary skills and that makes me very happy. This gives me inspiration for my future projects. My dream is not yet finished I have a lot more plans and work to do.”