Ryan: The man planning a one-way trip to Mars 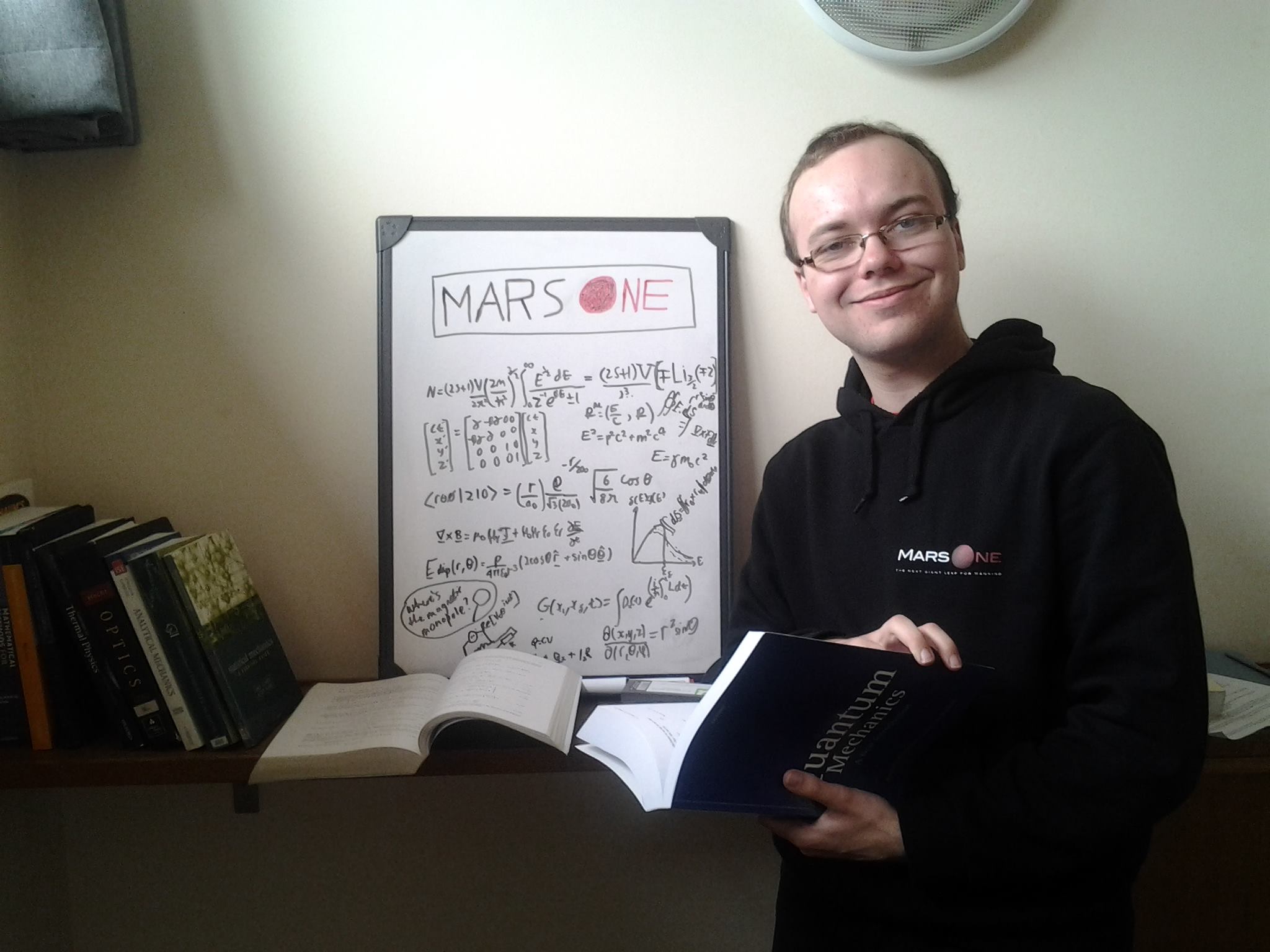 Let’s face it, the closest most of us will ever get to space travel and experiencing life on another planet is by going through the Star Trek DVD box sets, back-to-back, with the curtains closed.

However, while many other 21 year-old students are worried about their embarrassing drunken antics from the weekend, the pile of work they still have to do for Monday morning and the ever-increasing overdraft limit, Ryan MacDonald is preparing to live on Mars.

On February 16, Ryan found out that he was one of the 100 finalists for the Mars One mission.

He is one of only eight people living in the UK, and the only male in the country to have been selected to prepare for the mission to establish a human settlement on Mars.

From 2024, crews of four will be sent every two years on a one-way trip to the Red Planet. The mission’s aim is to study in depth the origins of the solar system and life, and to finally answer the long-asked question: “What’s our place in the universe?”

“The journey will be arduous, pressing each of them [the astronauts] to the very limits of their training and personal capacity. But the astronauts will endure because this will be the flight carrying them to their dream,” states the mission’s website.

Artefact spoke to Ryan about his recent news and the possibility of a literally out-of-this-world trip!

When did you make the decision to apply for the Mars One mission? Why do you want to go to Mars?

I started my application the very day of the press conference announcing the Astronaut Selection Process. One thing that really resonated with me from the announcement was the use of the phrase: “The search for life on Mars begins on Earth.” [It was] appealing to a question I have been fascinated with ever since my youth. Principally though, I want to go to help inspire a new generation of scientists and engineers in much the same way as the Apollo moon landings did. I want to show the world once more that anything is possible when we put our minds to it, and inspire those people to tackle the challenges we will face as a species in the 21st century.

How has the process worked so far and what have you done to become one of the finalists?

In round one we had to submit a CV, resume, medical questionnaire, motivational letter, create a video explaining why we wanted to go, and answer a series of psychological profiling questions. In round two we had to pass a standard astronaut medical, including hearing, sight, blood test, urine analysis, ECG and joint mobility. We also had an online interview with the head of the crew selection committee, Dr Norbert Kraft, in order to test our intelligence, memory recall, ability to use information creatively in an unfamiliar context and that we were clearly aware of the precise risks involved and were committed to a one-way trip.

Was it always your childhood dream to be an astronaut?

What do your friends and family think about you being a part of the Mars One mission?

In some ways my family don’t want me to go, but they understand this is my dream made manifest and don’t want to stand in the way of that. They’ve always been incredibly supportive, particularly my younger sister. My friends think it’s incredible that I could be going to Mars, though they don’t mention it since I can easily ramble about it for hours!

In recent press reports there has been criticism over whether the project has the funding to make the plans possible: have you faced any criticism over your decision?

It doesn’t help that the vast majority of Mars One’s finances are from private investors in the UK, US and Holland, the precise amounts of which is, of course, not public information. I will note however that there is one particular UK based investment firm that Mars One has now finished negotiations with for a full $6 billion (£3.98 bn) deal on a milestone-by-milestone basis up to 2024. If I do face criticism, I just sit down and explain to them the intricate details of the mission plan that the media usually glosses over and it’s easy to convince them.

How would you spend your last days on Earth with your family and friends?

I’d want to spend my last few days with my sister and my family, just acting like it was any other day, since ultimately that is how I want to remember life on Earth. No farewell parties or the like, as that would get morbid and negative and I don’t want my last memory of my family to be of them being upset before I leave.

What would you say to people who describe the project as a suicide mission?

People seem to forget that you die on Earth eventually. What matters is not where you die, but what you achieve with your life at the end of the day. You also need to consider that, barring any serious incidents; life expectancy will probably be longer on Mars due to an organic diet, recycled air, no infectious diseases, reduced gravity decreasing stress on muscles and bones etc.

The Guardian recently featured Ryan in their If I die on Mars documentary.