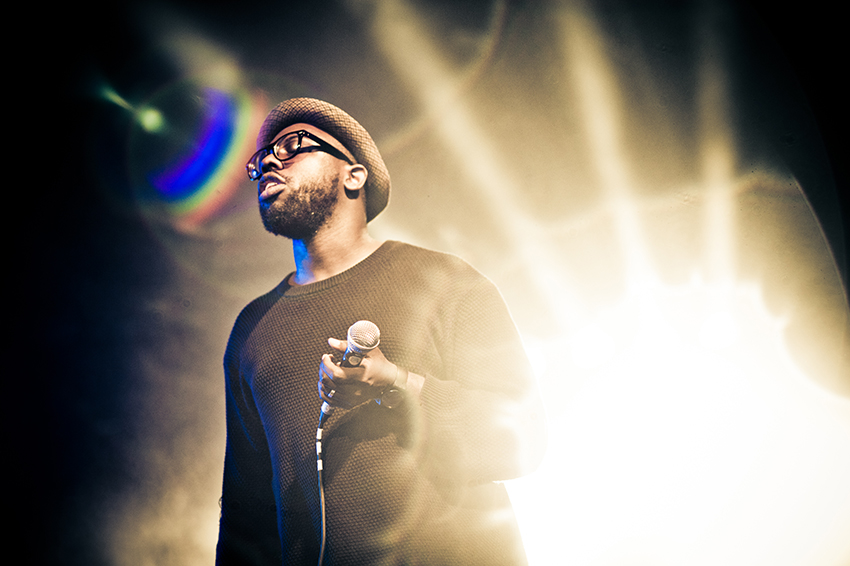 For his third album, south London vocalist and musician Obaro Ejimiwe aka ‘Ghostpoet’ takes us on an emotional journey in which resonating themes of melancholy are contrasted with moments of hope and happier times.

The Mercury-nominated artist recorded Shedding Skin with a live band, and the clarity of their sound draws out the range of emotions behind lyrics delivered in Ghostpoet’s deep-textured baritone voice.

With electric guitars that deliver a pensive groove, the music touches on elements of hip-hop, minimal house and psychedelic rock. It’s a refreshing blend that draws comparisons with Roots Manuva and Gil Scott- Heron.

The album features appearances from the likes of Lucy Rose, Etta Bond and Melanie De Biasio (who features on the album’s title song), with each offering something very different.

Whereas second album Peanut Butter & Melancholy Jam was quite wistful, here harrowing sounds combine with gritty poetry to paint a portrait of modern-day misfortunes in love and life.

It’s not all doom and gloom, but the realism within Ghostpoet’s words and projection of his voice have created a signature style that’s made him stand out, creating a strong identity as an artist.

Poetry, hip-hop, whatever you want to call it– it works.

Listen to Shedding Skin on Spotify.