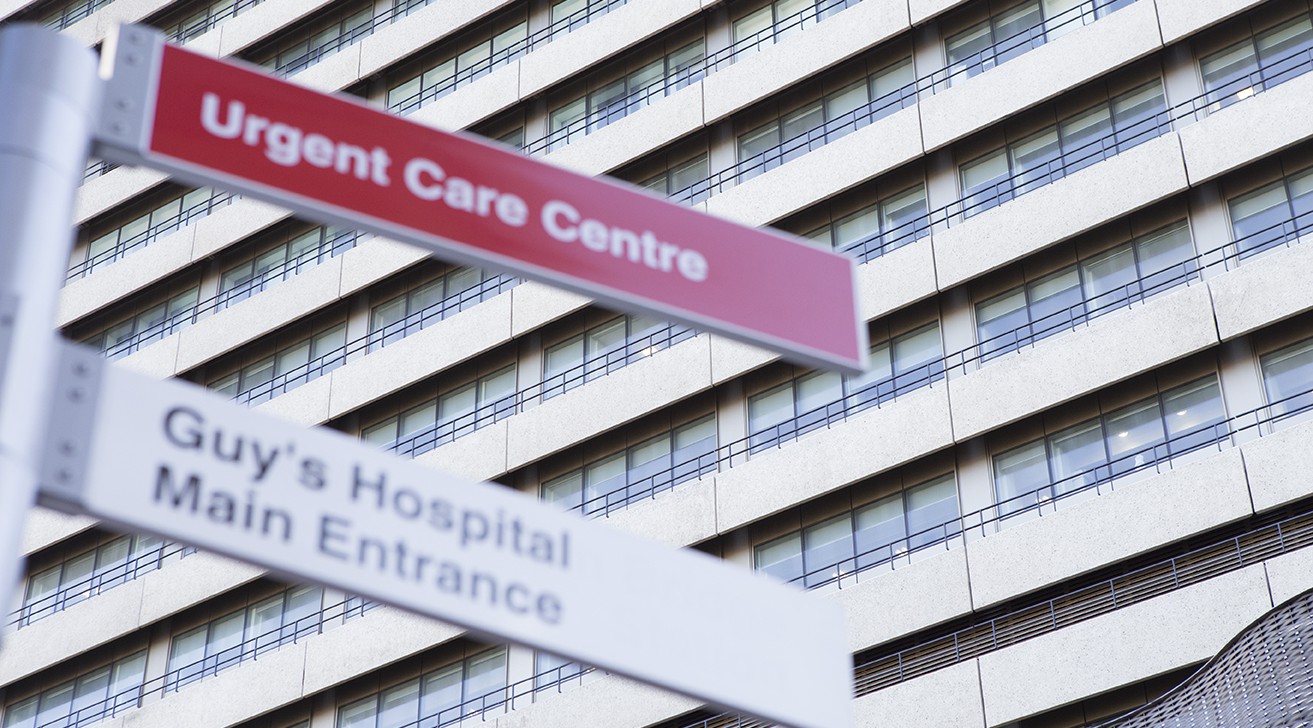 There are many reasons people don’t go to see a doctor when feeling unwell – living too far away from the clinic, not seeing the risk, hoping the symptoms will disappear after a paracetamol.

Rarely do we hear of someone refusing medical diagnosis and treatment because they fear the GP would make a mistake. Misdiagnosis, however, is not uncommon in the UK: in 2014, the NHS paid nearly £45m in compensation to misdiagnosed cancer patients alone.

Many cases of misdiagnosis happen when symptoms are similar. The prevalent examples are confusing Type 1 and Type 2 diabetes, but also dementia with depression.

In 2011, it was reported that two per cent of the 2.4m diagnosed diabetics in England actually didn’t have the disease, while another two per cent were misdiagnosed with the wrong diabetes type. In 2013, it was estimated 60 per cent of people with dementia in the UK suffered without formal diagnosis.

Sam Bishop is 29 years-old, works for an advertising agency in London, and for an entire year he was unable to feel happy.

A constant upset feeling and panic led to him developing an increased heart rate and torso pains. Such emotional problems left him feeling disturbed, resulting in suffering from extreme tiredness and stress.

“When I thought of things that had previously made me happy, they didn’t make me feel happy any more. Things I had enjoyed doing such as listening to, or playing music were of no interest. I just laid in bed doing nothing for a very long period of time,” Bishop says about his experience.

Bishop’s GP first diagnosed him with a virus and conducted several inconclusive tests. He was prescribed a long rest at home, but a few weeks later paid a second visit to the doctor after feeling an increase in his symptoms and experiencing internal pain.

After a series of assessments, the mental health unit eventually diagnosed Sam with depression and suggested anti-depressants – medication which didn’t make him feel any better.

The doctor kept increasing his dosage in an attempt to boost the drug’s effectiveness, until Sam reached the highest permitted dosage of the strongest antidepressants available.

Sam gave up the treatment and tried to move on, living with the pain.

During a short holiday, a friend’s mother who is a trained nurse, spotted typical signs of diabetes. Sam was referred to Guy’s and St. Thomas’ hospital as an outpatient to take a blood sugar test.

Sam’s blood sugar level was found to be about six times higher than the normal level, and he was instantly placed in intensive care for four days and released as a Type 1 Diabetic.

Despite the delay in diagnosis, and the unnecessary drug prescriptions, Sam says he still trusted medical professionals, especially those who now take care of his diabetes regularly.

“It would have been a lot easier and quicker if a faster blood test had been done at the time I first started feeling ill. When I was properly diagnosed I was just happy that I could feel like myself again – I wanted to move on rather than concentrating on the bad things.”

Had Sam received additional advice for his conditions earlier on, he might have suffered less. Despite the unfortunate journey Bishop had to go through to reach a final diagnosis, there are several medical consulting services available to patients in the UK.

One example is the Honorary Doctors’ Association (HDA, soon to be renamed the Patient Care Trust), a charity that gives free advices and treatment to help people who need a second opinion after they’ve been failed or misdiagnosed by the NHS or private practices.

In 2013, The Daily Mail reported that the HDA had helped a desperate mother with two children who’d been repeatedly accused of being ‘overprotective’ by GPs.

Founder of HDA, Marius van Oldenborgh, an ophthalmologist, said in the report: “We don’t feel we hold all the answers, but we do our best to help. With the patient’s permission, we like to write to their GP saying what we would recommend.”

The old advice of getting a second opinion still seems to hold true.