“Hey! Want a bread hat?” I’m confused. But a freebie’s a freebie; I was in the Indie Room. Go figure. I was surrounded by a group of lads hyped up on pixels and code, all bopping around wearing cardboard hats with a picture of a slice of bread reading: “I Am Bread”. I adjusted mine to fit snugly around my hair that I’d spent so long perfecting that morning. I was now one of them.

Their booth was set up like a living room, a chintzy sofa directed toward a TV on which someone was playing I Am Bread, in which one simulates a slice of farmhouse white. I’m not sure what the aim was but if I was to hazard a guess, I would say it was trying to make an extremely arduous journey towards the toaster. I watched for ten minutes at this piece of bread flopping about not getting anywhere, before making my way around the rest of the room. 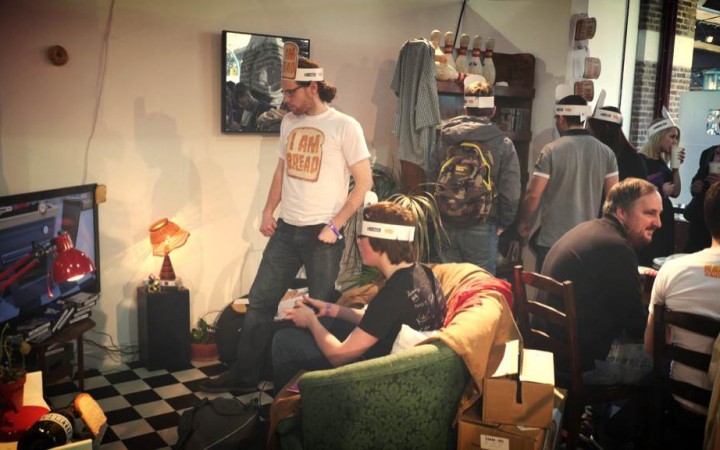 I was attending EGX Rezzed, held at Tobacco Dock. Attendees meet video game developers across all platforms and geek out over crazy expensive merchandise. The Virgin Media event was organised in association with BAFTA, hosting various talks and demonstrations lasting the course of the weekend.

Rezzed was a chance for gamers to turn their cramped and clawed gaming hand at all the latest video games before their release, as long as they didn’t mind a few flickering glitches as a lot of them were still in development.

Of course I stuck out like a sore bread-hatted thumb, scurrying behind the brains of my visit, Paul Stone: partner-in-crime, photographer and author of gaming blog, Paused Thoughts. He’d repeatedly asked if I knew certain games, developers and companies and I repeatedly, shook my head pathetically.

Expecting to see every screen flashing with next-generation graphics and gameplay, instead we saw pixelated characters bouncing around in arcade-style games. Ignorant to the time and effort invested in any type of game, I thought about the years and years spent on coding that I couldn’t even comprehend.

What was even harder to wrap my head around was the extraordinary work that was being showcased in the Green Man and Gaming Roto room at the event. I’d read up on the virtual reality technology before I got there, but the gormless guy with goggles in a rotating chair wasn’t what got my attention. Instead the guys playing racing games with their chins did. What’s that all about?

The consoles had been designed by the team at Special Effect, a company that call themselves the gamer’s charity who help people get back into gaming due to debilitating accidents or to introduce gaming to people who may have been born with a disability. 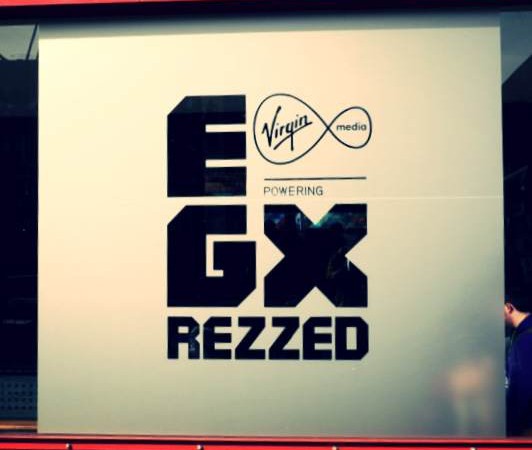 The work they were doing was truly astonishing. Special Effect combine the skills of expert technicians who ensure the equipment is at its most beneficial and adapt it accordingly with occupational therapists who make sure the technology is accessible and tailored to the needs of the client.

A one-to-one assessment is available at their games room based in Oxfordshire, and for those unable to travel can have a home-visit from members of the team with a range of consoles and methods to try and test. We were lucky enough to have a crack at some of the equipment that they were showcasing at Rezzed, specifically a PC car racing game which you control with your eyes. Hello, Matilda powers!

Using their Eye Gaze technology, the user must have their eye movement calibrated to the monitor which had an eye-scanner attached. It literally is the eye toy of future, but you can do more than just clean windows to the nasally tones of George Formby. Once the calibration is complete, you can look completely badass as you glance your way around the track; job’s a good’un.

Special Effect loan the equipment to clients for free, with no charge for any help or support they provide, but they are reliant on donations to fund their work as they spend thousands of pounds a year trying to give people the means to participate in what comes so easily to most.

There just isn’t enough room to mention all the games that were available to try, but I noted my favourites along the way. The creators of our beloved Pokemon, Game Freak, had brought their latest game to EGX called Tembo the Badass Elephant.

Dressed like Rambo and hoovering up peanuts along the way, Tembo rampages across the side-scrolling style landscapes which are in mid-destruction by powerful war machines controlled by the Phantom. Of course, only ‘Dumbo with a vengeance’ can defeat him, probably causing more damage than necessary as an elephant isn’t the lightest on its feet for a stealthy attack. Although smashing things tends to be the aim in this game. 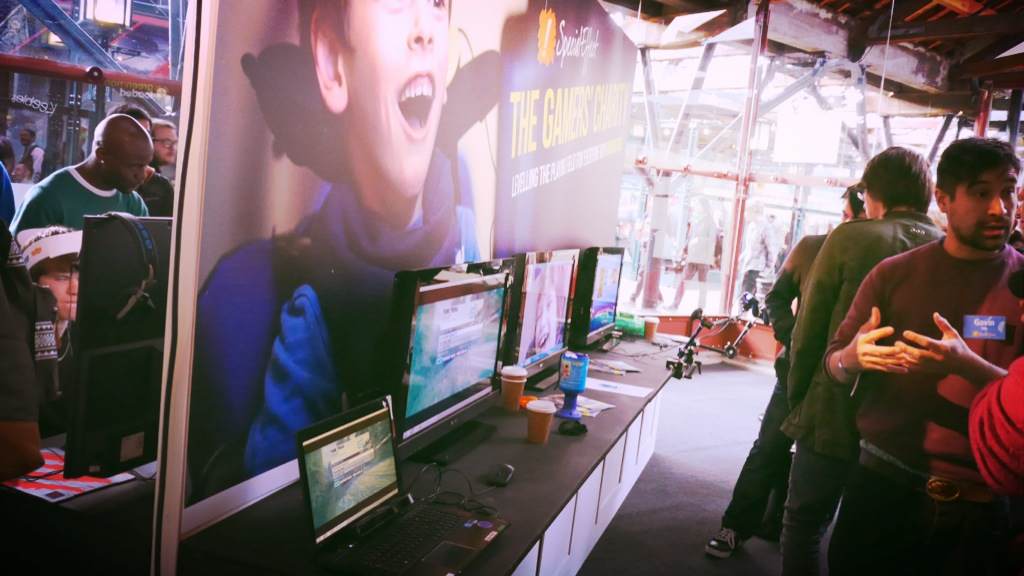 Another was Gang Beasts, with odd blobby characters with flailing arms body-slamming each other. Zombie Vikings looked to be a hit with the crowd, as I watched four people play at once over rows of shoulders. The game art was bloody brilliant, layers of skylines to the point of fading and only seen for a split second as the various undead barbarians clobbered enemies and each other with clubs and mallets at top speed.

One guy had gone all out and fashioned himself a viking costume out of cardboard boxes and was bopping around knocking people of the head with a cardboard hammer. Whether it was to promote the game I’m not sure, but my guess is the guy wasn’t being paid.

There were the more advanced games being shown, such as Bloodborne, an Assassin’s Creed looking character who’s aim was to seek out the antidote for a mutant disease that was plaguing the town. The graphics were impressive with a strong protagonist to carry the story through, but not as strong and fabulous as Kitty Powers – the drag queen with questionable matchmaking skills in an indie game that was set up in the next room.

It definitely was a mixed bag at Rezzed, where no idea was a bad idea, and no concept too bizarre. From Xbox to My Little Pony Monopoly, I got to teeter on the edge of the gaming realm. For me, however, it was a little too intense as a beginner gamer and a bit too niche for my taste. Got a bread hat out of it though.

By Jade Wolsey
4 Mins read
We discusses the danger of in-game purchases, or loot boxes, which some say are leading children to become gamblers as young as the age of three.
Entertainment

By Danyang Zheng
7 Mins read
The career for a professional League of Legends player is short-lived, so what is an e-sporter’s life like after retirement?
Reviews