Following the completion of League of Legend‘s (LoL) seventh world championship at the end of 2017, the game has become a focal topic in the public eye, as one of the biggest e-sports in the world.

The championship was held from September 23 to November 4, in four cities: Wuhan, Guangdong, Shanghai and Beijing. Twenty-four teams qualified for the tournament based on their placement in regional circuits such as those in North America, Europe, South Korea, and China, with twelve of those teams having to reach the group stage via a play-in round.

The games were gripping. This year, Samsung Galaxy secured their second championship win after defeating the three-time world champion SK Telecom T1, 3-0 in a best of five final series. The team previously won the 2014 LoL World Championship, when they were known as “Samsung Galaxy White”. Park “Ruler” Jae-hyuk, of Samsung, was named MVP (most valuable player) of the tournament for his outstanding performances. 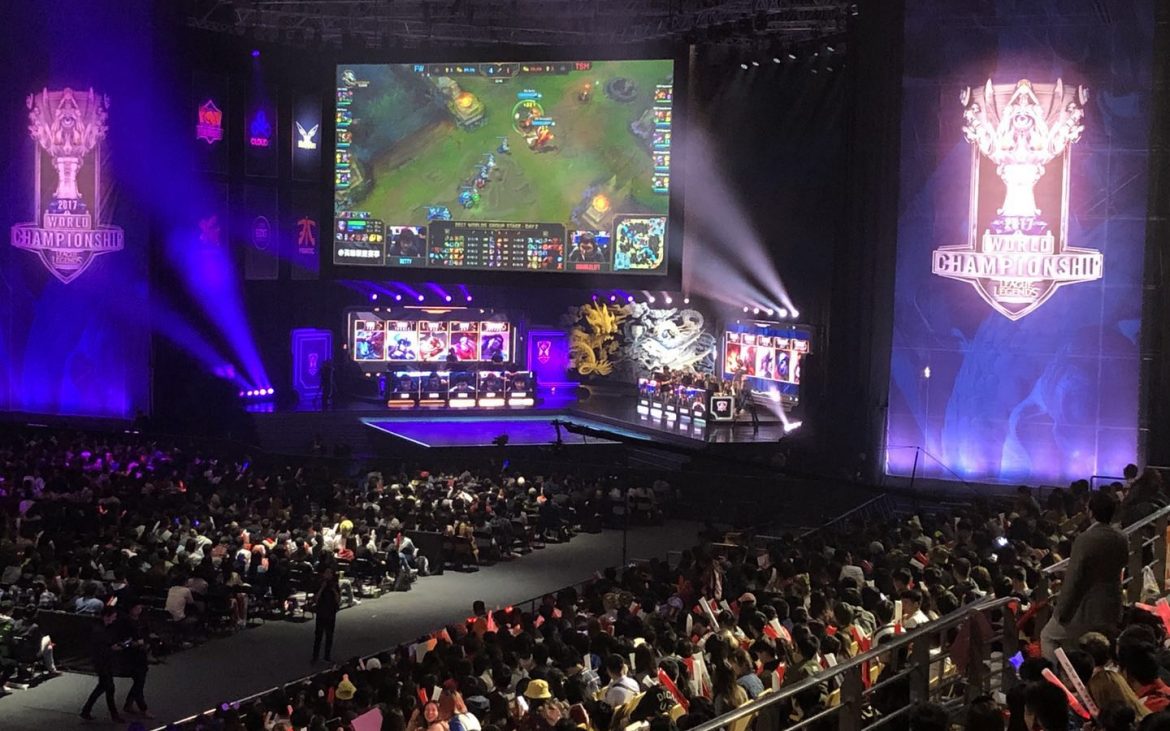 LoL is a multiplayer online battle arena (MOBA) video game developed and published by Riot Games. Since it’s release in 2009, it has been gained more and more popularity worldwide with an active and extensive fanbase.

The average length for each game is around 40 minutes, and in each game, players assume the role of an unseen ‘summoner’ that controls a ‘champion’ with unique abilities to battle against a team of other players. The ultimate goal is usually to contrive to destroy the opposing team’s ‘Nexus’; a core structure which lies at the heart of a base protected by various defences.

There are five players assigned to each team that play specific roles, these are Top Laner, Mid Laner, Jungler, AD Carry, and Support. With the aim of defeating their opponents, LoL players are supposed to fight as a group, co-operating and communicating with each other. The key to victory is teamwork.

It is a truly international tournament, LoL’s World 2017 Grand Final, attracted tens of thousands of fans to the stadium with millions watching at home from around the world. It took place at ‘Bird’s Nest’ National Stadium in Beijing China, where the Olympics were held in 2008.

The annual competition is highly anticipated and gives its fans opportunities to gather together, watching the contests in person, cheering and crying for their favourite teams. Jingxi Yu, the former LoL Mid Lane pro player also attended the competition as a commentator on the group stage on October 6.

Yu, (Game ID: Misaya) also known as “God Killer” on team World Elite (WE) used to be a Chinese LoL pro player from 2011-2013. He is a world-renown Mid Laner and has been the team leader for WE. Yu was famous for the “Twisted Fate” character.

After retiring at the age of 21, he changed to be a game anchor, which is a high-income industry in China and he now has five million followers on his social media account.

Yu loves playing video games so much and he often skipped classes to play. When he was 15, he aspired to be a LoL pro-player and decided to drop out of high school in order to focus on training for the pro competition trails.

However, Yu’s parents opposed his decision to be a pro player as from the perspective of parents in China, only an ignoramus spent the majority of their time playing video games in cybercafes. They feared for his education.

Despite this, nobody could discourage him. In order to avoid living off his parents, Yu lived on as little expenses as possible, his only purpose at that time being to earn the bonus of each match.

“I began to play League of Legends in 2010 and half a year later, I was selected as a pro player. I was 18 years old at that time.” Yu finally fulfilled his wish to be a pro player: “At least you have to enthusiastically love and enjoy playing video games because it is different being a pro compared to ordinary players. We do not play games for fun, it is a career.”

Yu remembers his training well: “My teammates and I train together, live together and fight together with passion, and we share the common goal: to prove ourselves. I can still clearly remember that we only spent twenty percent of the daytime eating and buying daily necessities, and the rest of the time was for training. The best teams practice upwards of 10 hours per day. Before every pro competitions, we have urgent matches and we also needed to compete in some training contests with other teams.”

Yu said, in retrospect, the team life was bittersweet: “The lifespan of a pro LoL competitor is very short, as the demand for rapid reaction speeds and great concentration ability’s is very high. The best time in one’s life to training as a professional player for those international competitions is from 17 to 24 years old. After that, the sight, hearing, speed of judgment and attention decrease, respond time extends, thus more operation error will emerge.”

For Yu, being a pro player meant that he has to take risks, even giving up the opportunity to get an education: “We do not have time to go to school or receive the education like ordinary university students once we decide to be professional players.”

But he says, he has gained more: “However, it is much harder than China’s College Entrance Examinations I would say. Every year, there are thousands of teenagers who share the same hope and all of us are dreaming to be professional players despite the bridge to being a pro leads to a narrow path trying to be cross by more and more, which means that only two percent of us are likely to be selected to fight in a world-class competition. We all want to win glory for our country.” 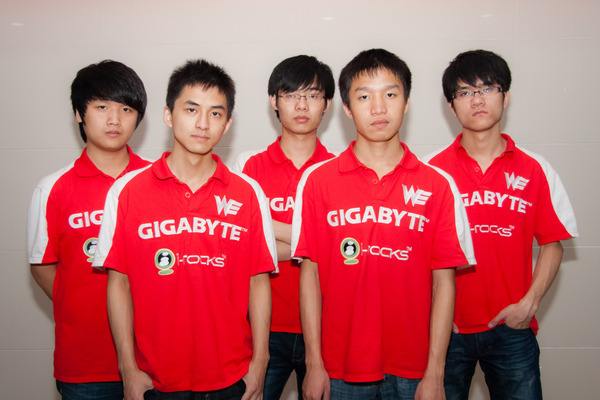 As a team leader, Yu played a significant role in team WE. He and his teammates needed to compete in many training contests with other top teams. They trained after experiencing various competitions, and through the training, the trust, understating as well as confidence in each other are gradually built.

When asked what the most important competition in Yu’s professional career was, he states that: “We played in a big tournament after our team was mature. It was the world finale IPL5 (IGN Pro League) in 2012 held by IGN (Imagine Games Network USA. We did a great job and defeated many teams on the world stage. Finally, we won the championship. It was the most important event in our pro career, a very big influence on me as well.”

After that, Yu, as well as his game ID: Misaya CN became internationally known not only by the LoL lovers. “Every time when I recall my life as a pro player, the flood of emotion comes rushing back,” Yu said.

The year 2013 was a turbulent one for team WE as a failure in a crucial match prevented them from entering the finals. As the Top Laner of the team (ID: Caomei) retired, and team Support (ID: Fzzf), with Jungler (ID: Clearlove), left WE and joined another Chinese team EDG (Edward Gaming), WE stepped into a shake-out stage.

The disintegration and reorganisation made Yu feel powerless because the new formation no longer had good co-operation and they needed a long adjustment period. 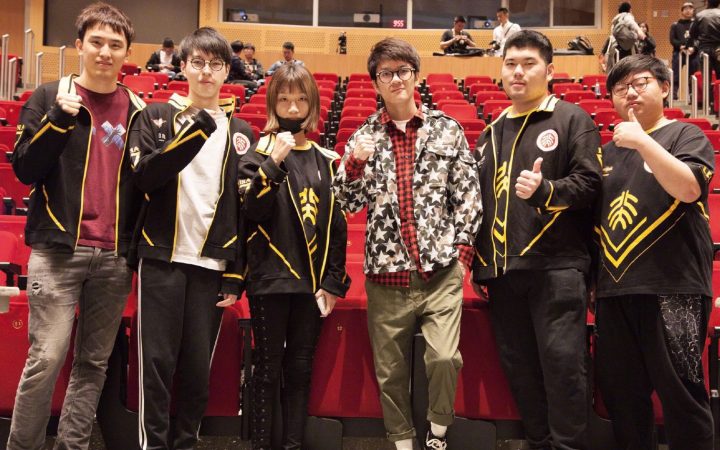 The group photo of Jingxi and his fans. (Jingxi has been invited to MIT)

As the team leader, Yu shouldered much of the pressure and became extremely overwhelmed. Finally, he chose to retire in December 2013 and became game anchor for LoL on one of the most influential live streaming platforms called PandaTV.

“Everything that I own now is because of LoL,” League of Legends built Yu as one of the most famous world-class LoL pro players.

“Thanks to the game which has brought me prestige, wealth, a large group of lovely fans and family like teammates. I appreciate that so much. My life can no longer be apart from LoL and I have never felt regret in being a pro player which can make me fight side-by-side with my teammates like the warrior. Those were the most precious years, full of energy, passion, fighting will in my youth.”

As a game’s anchor following his retirement, Yu is now an online celebrity with more than five million followers on his Chinese social media account Sina Weibo, he is still invited to various events related to LoL and has made a speech at Massachusetts Institute of Technology in the USA. 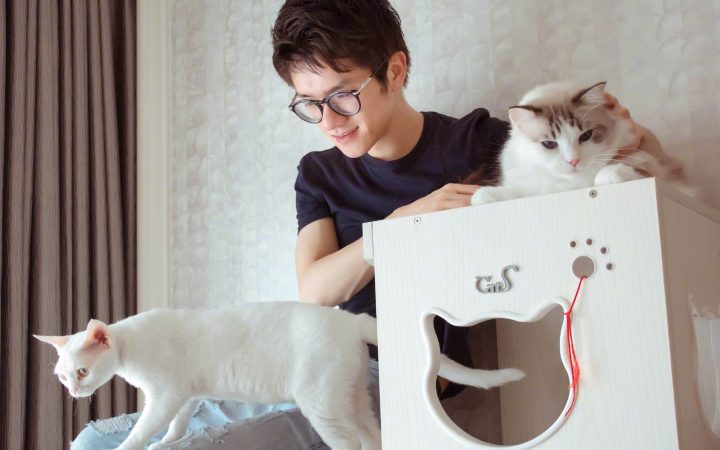 “Zookeeper” with his cats

His life is now more relaxed than before and he raises three cats as well as two dogs in his house and is now called “Zookeeper” by his fans as a result.

However, Yu has been unhappy in retirement and he does not want to give up the things that he had dreamed of and worked toward for all those years.

Yu said: “I so regret to retire that I even cannot fall asleep at night without taking hypnotics.”

As a result he is now making efforts to create a foundation which aims to support those teenagers who have the same e-sport dream as Yu. 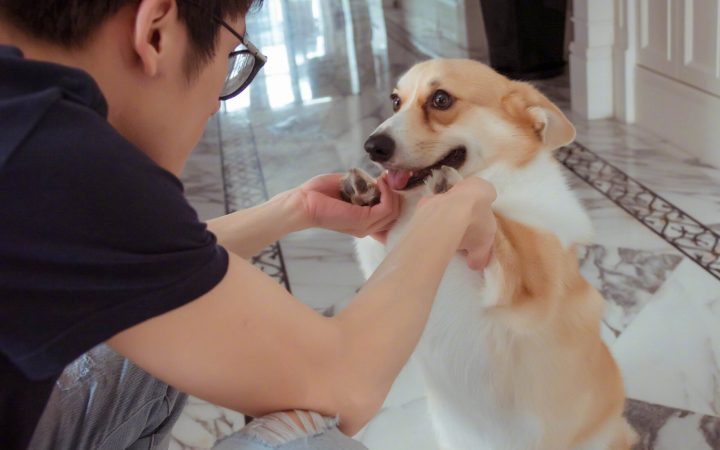 “Zookeeper” with his dog Toufu

“Keep on dreaming is not something easy,” Yu understands.

Although Yu is retired now, he still cares deeply about LoL and wants to do something for the game and its community. He said that he has experienced success, failure, criticism and praise which will stay with him in his future ventures.

Yu built up a team called Team Fighter which bases in Shanghai to provide a base camp for those teenagers who dream of being professional players to practice.

As a supervisor, Yu will provide guidance for them with patience, also giving suggestions about the problems they might or have already met in the practices.

He usually shares his experiences of being a professional player and encourage others to persist in their dreams, training hard.  Yu has received tons of emails from young players who are seeking help and he is trying his best to offer assistance no matter the cost of financial support. He is known as an e-sport philanthropist by the public.

The fandom of LoL is powerful and passionate. Not only for the professional players but the abundance of fans who see LoL as a kind of faith and belief. They are from different corners of the world and are willing to watch every competition, follow their favourite teams and players without regrets.

Are you being labeled?

By Danyang Zheng
5 Mins read
We examine the way in which we are being labelled, and how gaming and social media are making it more socially challenging.
Reviews

By Ben Cullimore
7 Mins read
With video game sales growing every year, we examine the independent developers who are starting to enjoy an increasing share of the wealth