Aspirational ideas worth talking about 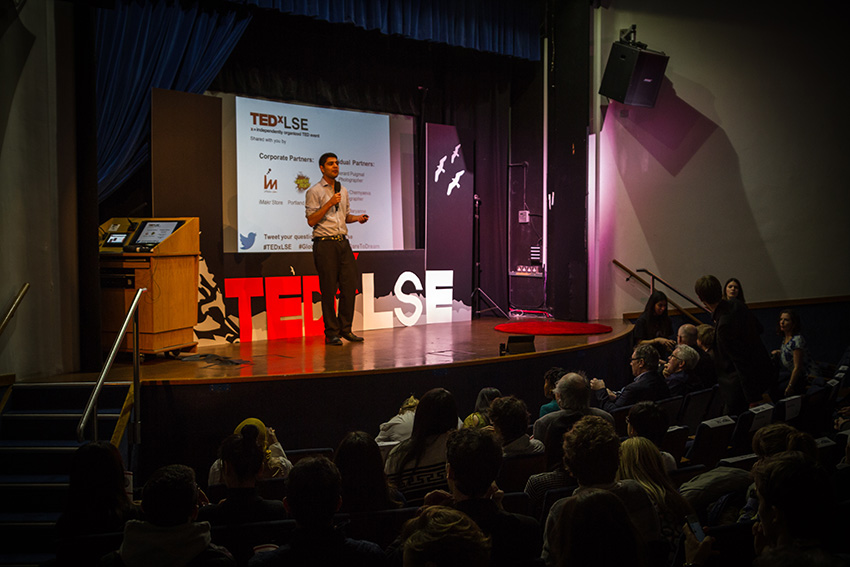 TEDxLSE is an independently organised TED event that’s been running for the last four years at the London School of Economics (LSE).

TED has become a giant online platform for artists, politicians, scientists and experts in their individual fields to give talks to a worldwide audience.

The talks have grown from a small number of online conferences to allowing companies and universities to organise their own TED events, such as TEDxLSE.

“We realised that the common theme was aspiration”

This year’s TEDxLSE featured a range of speakers: from established business entrepreneurs like Tak Lo and Melissa Sterry, the youngest elected councillor of the Borough of Hackney, Mete Coban, former government advisor Russell Buckley and performance artists such as Leesa Gazi of the Komola Collective and poet Ross Sutherland.

A good range of topics is important for any TED event and this year’s theme was Dare to Dream: “Our official theme is global pioneers but after the speeches and ideas of talks were submitted we realised that the common theme was aspiration, how it changes, how we have dreams and everyone dreams,” explained one of the organisers, Wen-Yu Weng.

“A lot of this is about human desire, so Dare to Dream was about that and also a challenge. The entire conference was about global pioneers – you can sit back and say ‘I’m never going to be one of them’. Dare to Dream is a direct challenge to the audience.”

There were many fascinating talks that ran throughout the day, one of the best coming from Ross Sutherland, whose talk was particularly unique. He quizzed the audience at the very beginning, asking if anybody had ever had a reoccurring nightmare.

One girl told him she had a nightmare of being in a playground and a giant fish coming to attack her – which then became the core of Sutherland’s talk. This was all to signify that the meanings of metaphors have come loose. 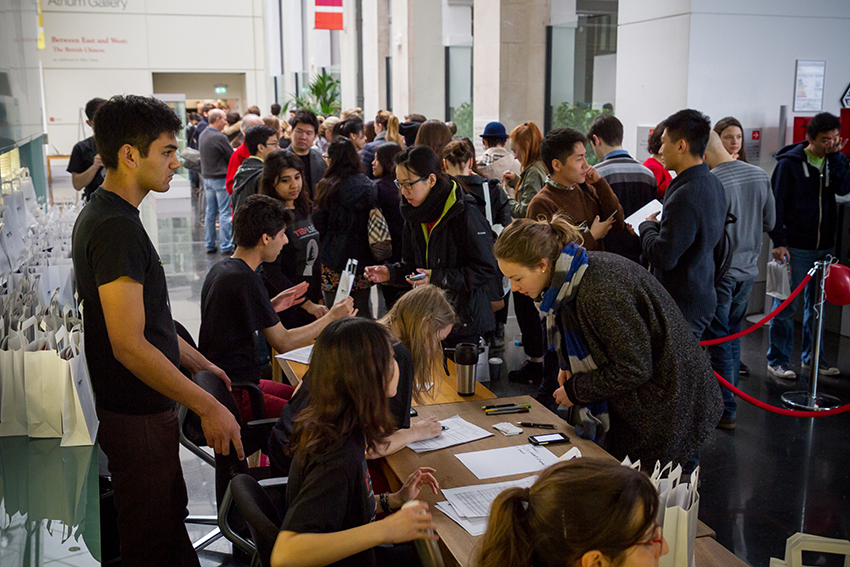 Jane Burston was another highlight of the conference who told an anecdote about running the Chicago Marathon. In total exhaustion she realised she was constantly asking herself: “Where do I want to be in five years? Is what I’m doing now worth anything?”.

After having this epiphany, she realised the question should be “where would you like the world to be in 10 years and what are you prepared to do about that?”.

“Where would you like the world to be in 10 years and what are you prepared to do about that?”

Dr. Hugh Rayment-Pickard also gave an enlightening talk on changing his career path from being a vicar to starting his own charity, IntoUniversity. The charity helps unprivileged teenagers gain places in higher education.

Pickard created it after being incensed at the statistics of private school students gaining places in comparison to those who struggle financially, and he also talked about the power of ‘happy accidents’ that allowed the charity IntoUniversity to get up and running.

Leesa Gazi incorporated her accounts of speaking to rape victims of the Liberation war of Bangladesh in 1971 and how it has affected their lives with her theatrical reinterpretation of their stories.

Maragh is a post-graduate student at LSE studying an MSc in Human Rights. Having won a full university scholarship and the Jamaica Prime Minister Youth Award for Excellence back in 2011, she also won LSE’s competition to be at TEDx. 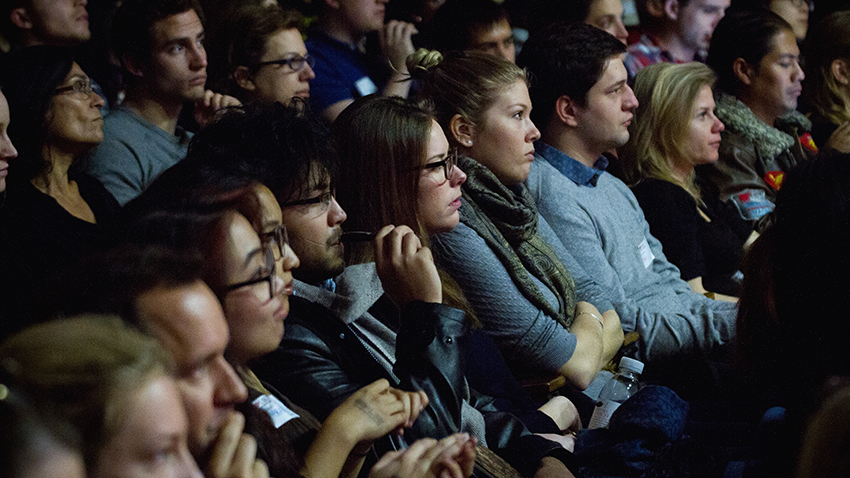 Maragh said she also enjoyed many of the talks: “Ed Cooke’s [founder of Memrise] speech was amazing– the whole concept that you can train your brain to learn new things at a faster rate and be more efficient. I’ve been familiar with TED talks for a while now. I have been to 1 or 2 of the TEDx events before and I’ve watched a couple of them online including The Single Story – that one was brilliant. I’m also here today to be inspired like everyone else.”

Melissa Sterry, design scientist, futurist and entrepreneur gave a talk on her experiences in India and the potential for creating architecture that is eco-friendly and changing our attitudes to the green spaces we have here in London.

“I’m also here today to be inspired like everyone else.” – Alecia Maragh, TEDxLSE speaker

“I don’t think there were enough inspiring platforms out there four or five years ago – now I think there are. The key thing now is to see the next phase, as it were. When people are inspired there’s more for them to plug into because I don’t think there’s enough to say to people ‘I think It’s a great idea, run with it’.

“There are times when they’ll be able to join the dots, make the connections, make something happen but I think there’s a lot of people who need something else, just as you have incubators and accelerators for business, we need that for social issues to help people do generally good things,” Starry said.

Sterry believes that TED is a very useful tool to future entrepreneurs, stating that a similar platform would have been very helpfully to her when she was a student.

“I graduated in 1996 from my first degree. Then, it was very much the deal that you went into a company. You could set up your own business – I actually ended up setting up my own business – but you weren’t really encouraged to as such and when you did you had no idea what you were launching into. There weren’t things like this, or places and spaces where you could find out really basic information, like how to do accounting [and] business law. Today I think that’s getting a bit more prevalent.”

Each year a new team of LSE students handle the event and overall TEDxLSE was a resounding success which allowed LSE students, alumni and visitors to gain an insight into the motivations of a range of successful and motivated individuals.

If you’re looking for a bit of extra motivation you can always check out TED videos online via their YouTube channel or put a note in your calendar for the next event in London.

Aspirational ideas worth talking about