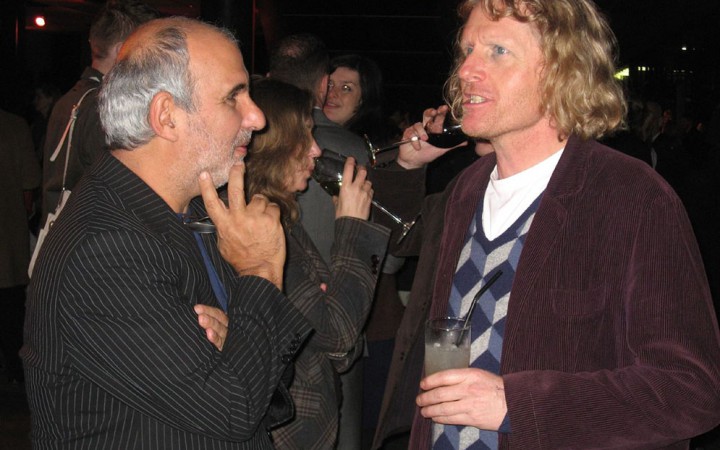 Turner Prize-winning visual artist Grayson Perry has been appointed as the next Chancellor of the University of the Arts London (UAL).

Perry will take over the position from playwright Kwame Kwei-Armah (Elmira’s Kitchen), who has fulfilled the honorary role since March 2011, after the graduation ceremonies in summer 2015.

As Chancellor, Perry will become a key figure in the university’s life and will act as an ambassador for UAL for a five-year term.

His taking up of the prestigious post will mark the culmination of a lengthy period of collaboration with the university.

Perry has been a member of its Court of Governors since 2010, has lectured at UAL and delivered the annual Reith Lecture at Central Saint Martin (CSM) in 2013.

Willie Walters, Course Director of the BA (Hons) Fashion Design, said: “Grayson Perry is an inspired choice as Chancellor for UAL: he is the perfect link between art, design and fashion and has a true understanding of the needs of students and staff in a contemporary art school.”

Since 2005, Perry has worked alongside second-year students of the BA Fashion course at CSM to create a whole outfit for the artist in only five weeks.

In an article for The Guardian, Perry said: “This is an incredibly short schedule, even in the helter-skelter world of fashion. But every year, the 20-25 participants, all at the end of their second year, somehow pull it off.”

The artist wore the outfit designed by student Morgan Levy on the red carpet of the 2013 BAFTAs, where he later won an award for his documentary All in The Best Possible Taste with Grayson Perry.

Sarah Temple, of the School of Graphic Design at London College of Communication, said Perry’s appointment was “absolutely amazing: he’s one of my heroes. He’s one of the most interesting artists that’s working today. I genuinely think he will bring such a lot [to the role] and I’m absolutely delighted the university has him.”

Perry’s work has made the national headlines recently, with his new exhibition Who Are You? at the National Portrait Gallery attracting a record-breaking number of visitors.

Perry was born in Chelmsford, Essex in 1960 and was appointed Commander of the British Empire (CBE) in 2013  for his contribution to contemporary art.