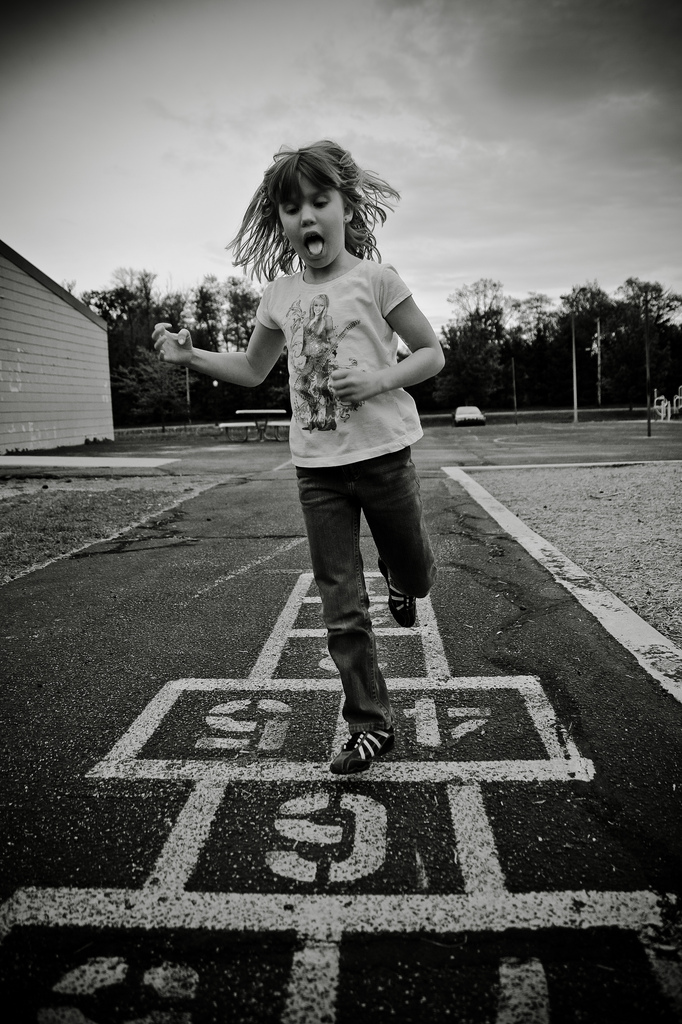 Everybody has their favourite games from their days on the school playground, be it hopscotch, tig or even the autumn game of conkers – despite it now being banned by some authorities. They remain etched in our memories and bring a smile when we occasionally remember those days.

Whilst most of our days on the playground are over, there is a new opportunity for Londoners to rekindle those memories and release their inner child. Join the Rabble, an events company set up by former athletes Charlotte Roach and Rosemary Pringle offers the chance to play games such as British Bulldog, Dodgeball and Capture the Flag.

The daily grind of the gym had grown tiresome for Roach and acted as a catalyst for the Join the Rabble project. “I dreaded the gym, hated exercise classes and sports clubs were too much commitment… I just wanted to go out and play games everyday with my mates, different sports each time on a flexible basis, so I quit my job and decided to make it happen.”

Join the Rabble has already attracted over 600 participants in 200 games in its first year, so I decided to get in on the act, pull on my plimsolls and head to Finsbury Square to play some dodgeball.

Having done a few warm up games, it was time for the main event and immediately the memories of throwing the balls at my mates in school PE came flooding back. It does beg the question why would you want to go to an over-crowded gym, queue up for the treadmill and endure a ten minute run when for far less money you could be with your mates outside, getting the same exercise but also having fun.

Some participants, like me, certainly left feeling happy and exhausted , while others – such as Dave from Houston, Texas saw the game as a great way to meet new people: “This is actually the most people I have met in London since I’ve been here since September… I live up in Finsbury Park and saw them playing this big ridiculous game with giant balls so I went over and talked to them about it and yeah been doing it since then. It’s more fun than jogging.”

Whilst dodgeball remains a favourite amongst the Rabble regulars, the weekend games of Capture the Flag and Man Hunt tend to have a larger amount of people such as Pav from London whose been a weekend rabbler for a few months: “I’ve gone once a month to it since November, so not quite every week but it’s good to mix it up and do something a little bit different then just a generic gym session or your usual five–a–side.”

Along with the dodgeball session, I signed up for the Capture the Flag game on the Saturday at Finsbury Park and just like the dodgeball game it put a big smile on not only my face but on the kid inside me. Having been used to going the gym of a Saturday morning and finding very little enjoyment in it, Capture the Flag was a fun-filled alternative to my regular routine.

I know it won’t appeal to everybody, going to Finsbury Park or Clapham Common and tackling people you don’t know to stop them getting the flag, but I can assure you the fun factor outdoes anything the gym or a run can offer. We all have moments of lacking motivation and desire to go the gym, but honestly from first hand experience you’ll want to play more and more games because of the fun and memories that conjures up at Join the Rabble.

Join the Rabble events can be found on their website http://www.joinrabble.com and on Eventbrite.