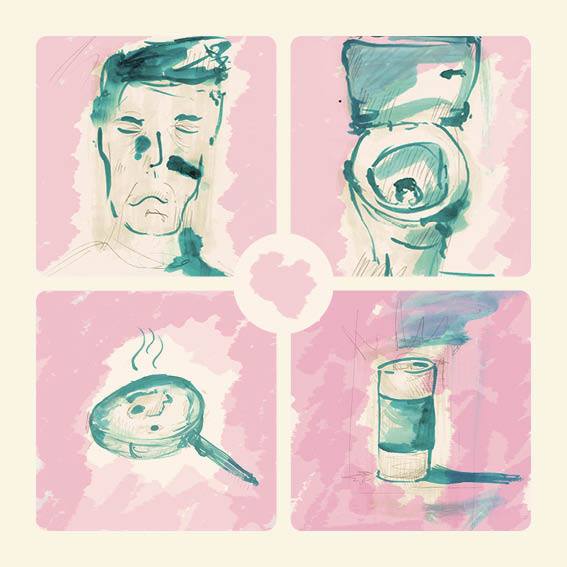 If you followed our first cooking school, you will not be surprised to find that our tips might have led to you waking up beside your now hungover dinner-date who was so impressed with your sexy cooking that you were rewarded instant access to the bone-zone.

Congratulations! But wait… you are now both hungover to a point of being nearly immobile, and you are still a poor nobody – how do you keep your lover believing that you are still the classiest cat in London the morning after?

With more classy, sexy, cheap cooking, of course. Let’s get started; you two must be starving after all that consensual shagging.

You probably shouldn’t be using the oven in the state you’re in, you might blow up the house and kill the whole village!

Sometimes, when indulging in a bit of wine with someone we fancy, one might sip a bit too deeply on the glass.

One might also speed up the pace at which they’re drinking, in a manner that was not in correlation with the initial planning of the night. “One more glass?” can quickly escalate to “I think there’s a bottle of Polish raspberry shnapps somewhere under the sink” and boom… you’re pissed.

That’s okay, don’t fret – booze is a great conversation lubricant and as long as you somewhat handled it well and didn’t end up crying about your hamster Pepsi who died 20 years ago, then chill out; you were fine.

Now, to the scenario at hand. You wake up feeling like two dogs are mauling each other to death behind your eyeballs. Your tongue feels like an old sock and your breath is like a ghost of pure evil.

Damn that cheap yet tasty Lidl wine, but never mind that – you scored! Your date is pretending to sleep in bed beside you and you my friend, have got some work to do.

You have to keep up the charade that you’re baller, a mysterious sex machine, and not the desperate cheapskate you really are, the one who can survive for weeks on nothing but bellybutton fluff, the odd sliver of your housemate’s cheese and calls to your mum.

The movies are blatant tips to improve your love life. The Godfather, apart from serving up a range of delicious foods from spaghetti to yummy orange smiles, is also absolutely jammed pack with practical hints ’n’ tips to help you on the love front.

How do you keep your lover believing that you are still the classiest cat in London the morning after?

Do you remember the scene in The Godfather where Michael goes to dinner with Solozzo and McCluskey with the intention of whacking them? Of course, they are suspicious and as any good thugs would, they frisk him first and declare “He’s clean!”

Little do they know a revolver has been hidden in the overhead tank of the restaurant’s toilet, and Michael can go to the bog, retrieve the revolver and proceed to whack Solozzo and McCluskey. Easy.

And let me tell you, this hiding place is not just a great hiding place for murder weapons, but is also a great place to stash snacks that you would rather not have your love interest see you pigging out on.

It requires a bit of planning the night before, but you’ll be thanking me when you’re having the best hangover sex of your life.

So during the night before, you will open the toilet tank and pop a few packets of Walker’s ready salted crisps in there, and a can or two of lager. The cans will stay nice and cool in the toilet tank.

In the morning, sneak to the kitchen and make your sleepy friend a cup of tea – the bringing of the tea indicates that you’re a nice person.

Then you will leave your date in bed with that cup of tea, having whispered: “I’m just gonna have a little shower.” This will assure them that you’re a responsible adult that cares about hygiene.

Then, launch yourself into the bathroom, blast that shower on full power, retrieve your crisps and beer from the toilet tank and eat them as quickly as you can.

Also, neck down the beer and feel your spirits return to their former glory. The water will drown away the crunching of the crisps and your beer glugging sounds. It will be our little secret.

A word of warning, do not hide Monster Munch or a similar snack in the toilet tank, as your pickled onion breath would be a dead give away, and there simply is no smooth answer to the question “Did you just eat a packet of Monster Munch in the toilet?”

This little hiding trick doubles up as a neat little food reserve should a zombie apocalypse happen. Having said that, if the zombies would come, you’d probably wish you’d have hidden a revolver instead of crisps and lager.

Back to your date – you have now taken care of your own need for salt, grease and hair-of-the-dog, which is the first step towards being able to help someone else. After all, in order for others to love you, you must first love yourself.

Now to the sexy cooking. Oh god, cooking can be really hard when you have a hangover. You probably shouldn’t be using the oven in the state you’re in, you might blow up the house and kill the whole village! And you won’t be able to get laid if you’re dead.

So this sexy cooking edition requires no actual cooking. Unless toasting bread counts as cooking. We’re pretty sure it does. Besides, serving up a fry-up now might cause some mojo-killing assplositions.

Instead, just slice some fancy bread – the sourdough stuff – toast it and slather with butter and lemon curd. Lay claim that you made the lemon curd yourself if you’re still feeling like lying… actually, screw it. Tell your date everything, that you fancy them so much that it made you eat from the toilet.

They might think you’re a serial killer or a gross weirdo, but if they don’t, you have found yourself someone who can really hang, someone who gets you, and might just possibly be the love of your life.

And in the long run, pretending to be someone else is really lame – pretension is the biggest poontang-repellant in the history of love.

You should still learn to cook though, but for now, whip out some Bloody Marys and have a happy hangover!