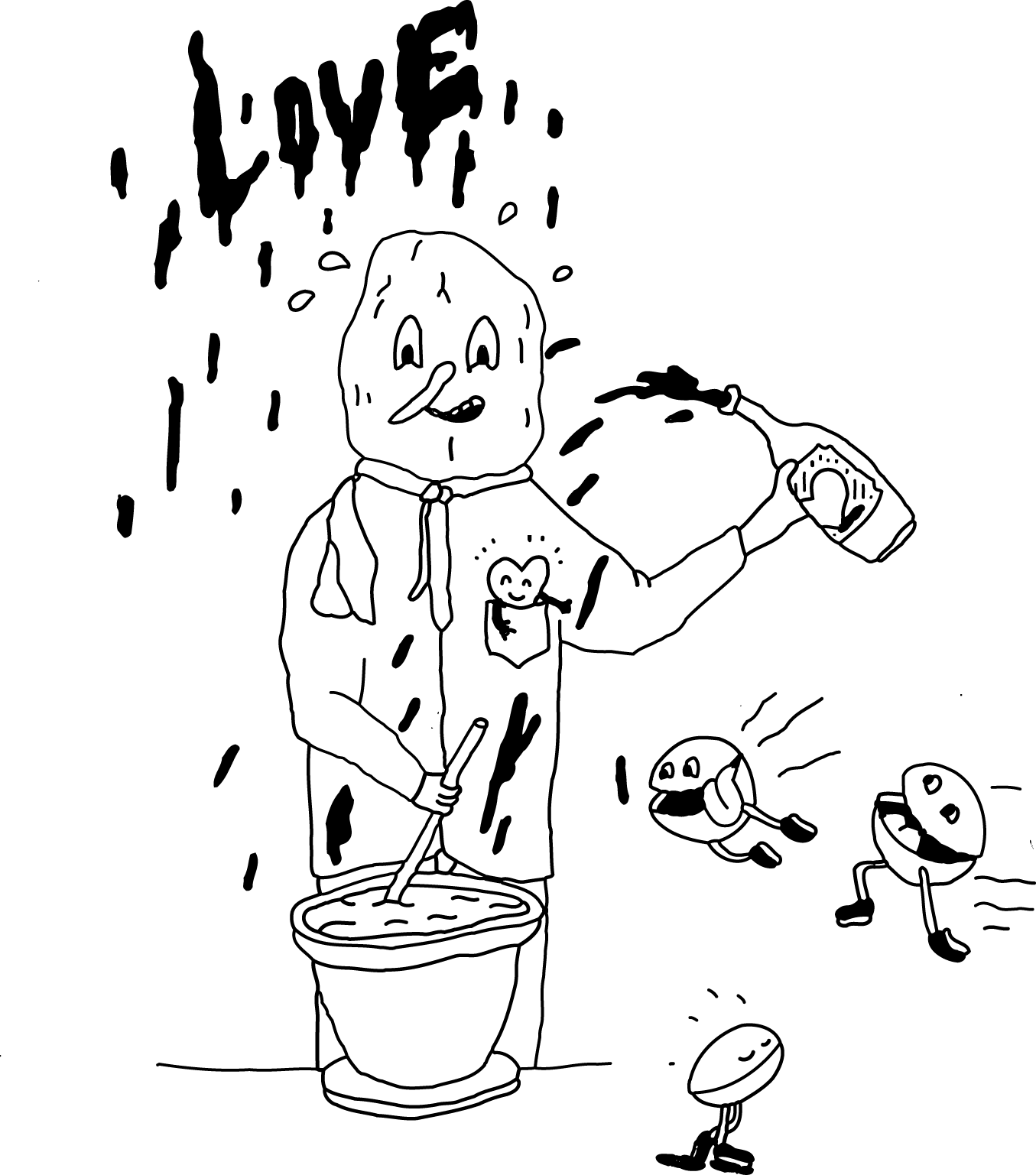 A guide to sexy cooking for the financially humble

So here’s your problem. You’re a young creative in London. That means that you probably don’t have any money.

You probably have expensive taste though, you little brat. You’re a bit lonely sometimes. That’s OK. The world is tough sometimes. You just have something in your eye. That’s alright.

So how on earth do you go about getting to do ‘the no-pants-dance’ with one of the other young poor people in London?

If you’re smart, you will cook for them. At your house. That way you can get them in your house… know what I mean?

You’ve got to play your cards right here. You mustn’t go over the top, because trying too hard isn’t sexy. Don’t pretend that you’re Heston Blumenthal. Don’t serve up some pretentious smear on a plate covered in lemon foam. Stay away from all the foams.

For you average Joe’s and Jane’s out there, if you try to cook something too advanced in the early stages of a relationship, it could scare your guest away. It’s like showing up for a date with a massive erection in your trousers and a chainsaw in your hand.

You want to cook something easy and chic – and I have just the thing for you: mussels in white wine. Cheap, easy and classy. Get the mussels from the fish counter of the supermarket, or even a fishmonger if you’re feeling double fancy.

I won’t give you exact measurements because you won’t look cool and casual if you keep looking at a recipe all the time. It’s hard to mess up mussels unless you are really, really horrible in the kitchen. In which case you should probably stick to good old restaurant dates.

Back to the mussels: You will cook these in some white wine that you should probably get from Lidl. Lidl has nice wine starting from about £4. Get two bottles, just in case. We all know wine is great for engineering taking-off-pants scenarios.

You should also stock up on a few other things because they do fancy food now. Get some nice cheeses, maybe a blue cheese, a couple of different varieties. Get a baguette and some fruit. Ah, look at you, walking around Lidl with all that nice food in your little basket and a song in your heart. Can you see it too? If you want to be really deceptive, you can bring a bag from a farmers market and put your groceries in there just in case you run into your dinner guest on the way home.

When your guest arrives, be nice to them. Make them feel at ease and take their coat if they have one. Give them a glass of cold white wine. It’s important you serve the wine cold so you don’t reveal your true peasant status. Smile. Try not to be creepy. Listen to what they say. If they say something sad, stop smiling. It might upset them. Laugh at their jokes but not too hard. You can practice this in front of a mirror in advance.

Then it’s time to start cooking.

Then eat some of that nice cheese with crackers and fruit. If your guest asks you where you got your Lidl cheese from you will say “from the market” with sparkle in your eyes. Of course, you’ve lit candles to make your eyes more sparkly. If they ask which market, you refill their wineglass and say ‘kiss me you fool’ or ‘it’s getting late’ depending on how you feel it’s going.

Make sure your guest is not vegetarian, and/or lactose intolerant and/or allergic to seafood. In that case everything I mentioned above would be an absolute disaster.

If they are fussy eaters and just don’t like this stuff, think about dumping them, and then dump them.