It is fair to say that Russell Brand divides opinion. According to a YouGov survey, he is disliked more than any other celebrity, even Jeremy Clarkson, and is viewed as having a negative influence on public debate.

As the survey claims, he is popular with young people. But is that true? We asked some University of the Arts students for their views of Brand. 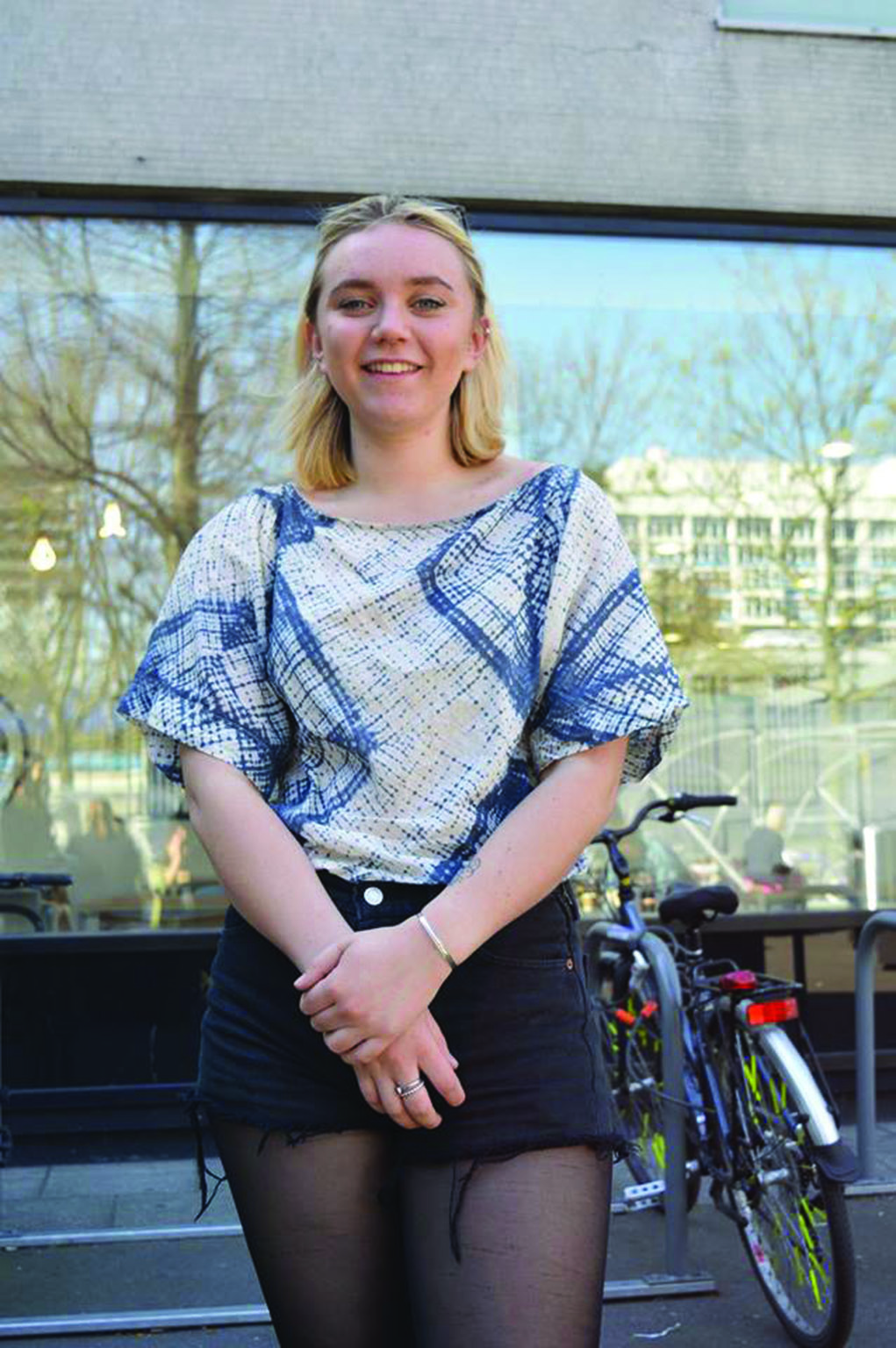 Hebe Campbell, studying Art Foundation at London College of Communication
“I love Russell Brand! I think he’s clever. I think he’s quite charismatic, he’s got a very original look to him. His views really stand out actually, and how he conveys them. Whether that’s a good thing or not– I think it’s a good thing but a lot of people don’t and I just think he’s really cool and different. I think he is very genuine, I don’t think he tries to be how he comes across, I think that’s actually how he is.”

Aamina Simone studying Creative Design for Fashion at London College of Fashion
“Quite frankly, I’m not an avid watcher of Mr. Brand’s videos but I do, whenever I get the chance, catch a glimpse of them. I think it’s great that he has such a strong voice and openly shares his opinion of current world affairs. I feel we should have more “celebrities” or rather public figures be social activists in this way. I think he’s really smart because he’s taken advantage of his fame and is actually doing something positive not only for the UK but just him enforcing his distaste towards the media in general and what they portray as “important” puts things in perspective for what everyone’s priorities should be right now as a world citizen.” 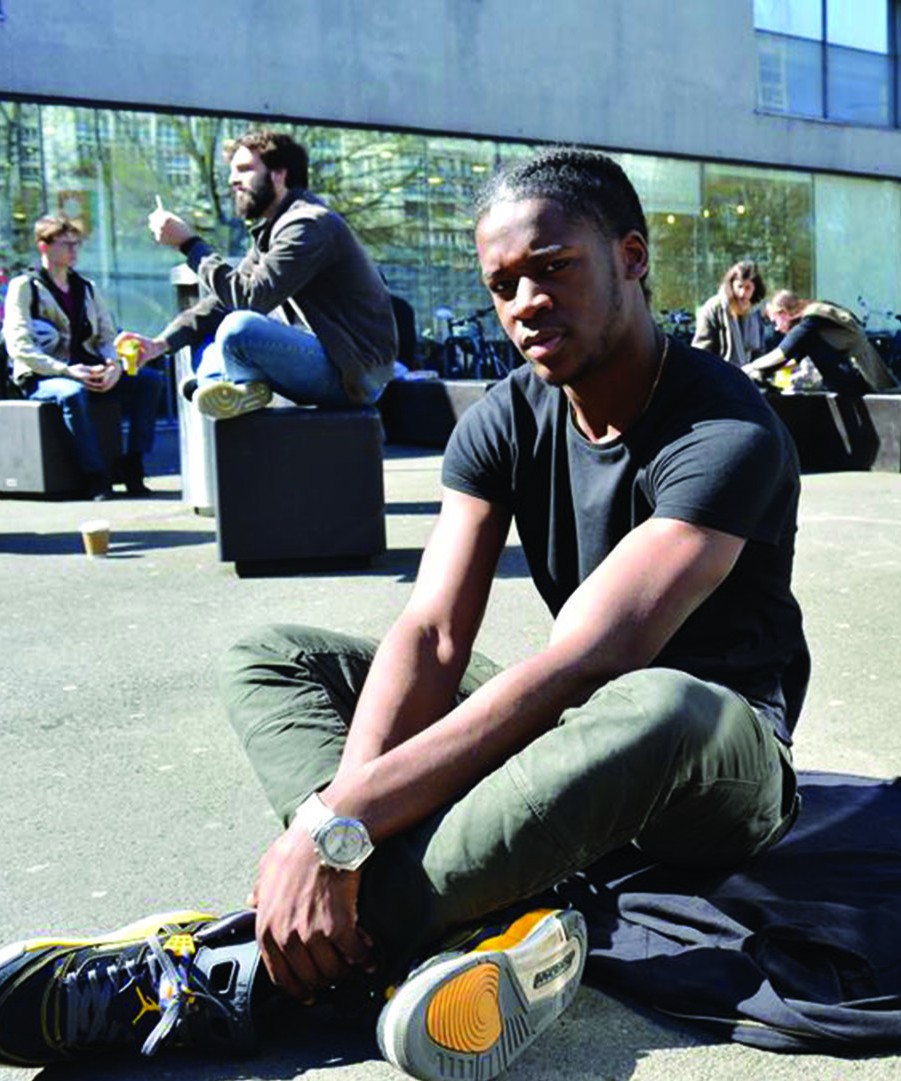 Elton de Figueiredo Ernesto, studying Photography at London College of Communication,
“To be honest I won’t judge him by the cover because I don’t know his history or what he’s been through, and so I don’t want to say ‘he’s this and that’ because that would just be me stereotyping, but he does his part in the world. He looks gothic, everyone will look at political people as being suited and booted– but he’s different. Mainstream media will give him an angle where they won’t take him seriously but, in fact, he shouldn’t think like that; he could be better than everyone else in a suit and boot. I don’t think we should be putting a front of what we really are, a lot of politicians are known to be serious and he’s just himself to be honest, I like him: props for being himself in whatever community he’s in and people will learn to like him or not because he’s himself he doesn’t fake it and I can respect him for doing that.” 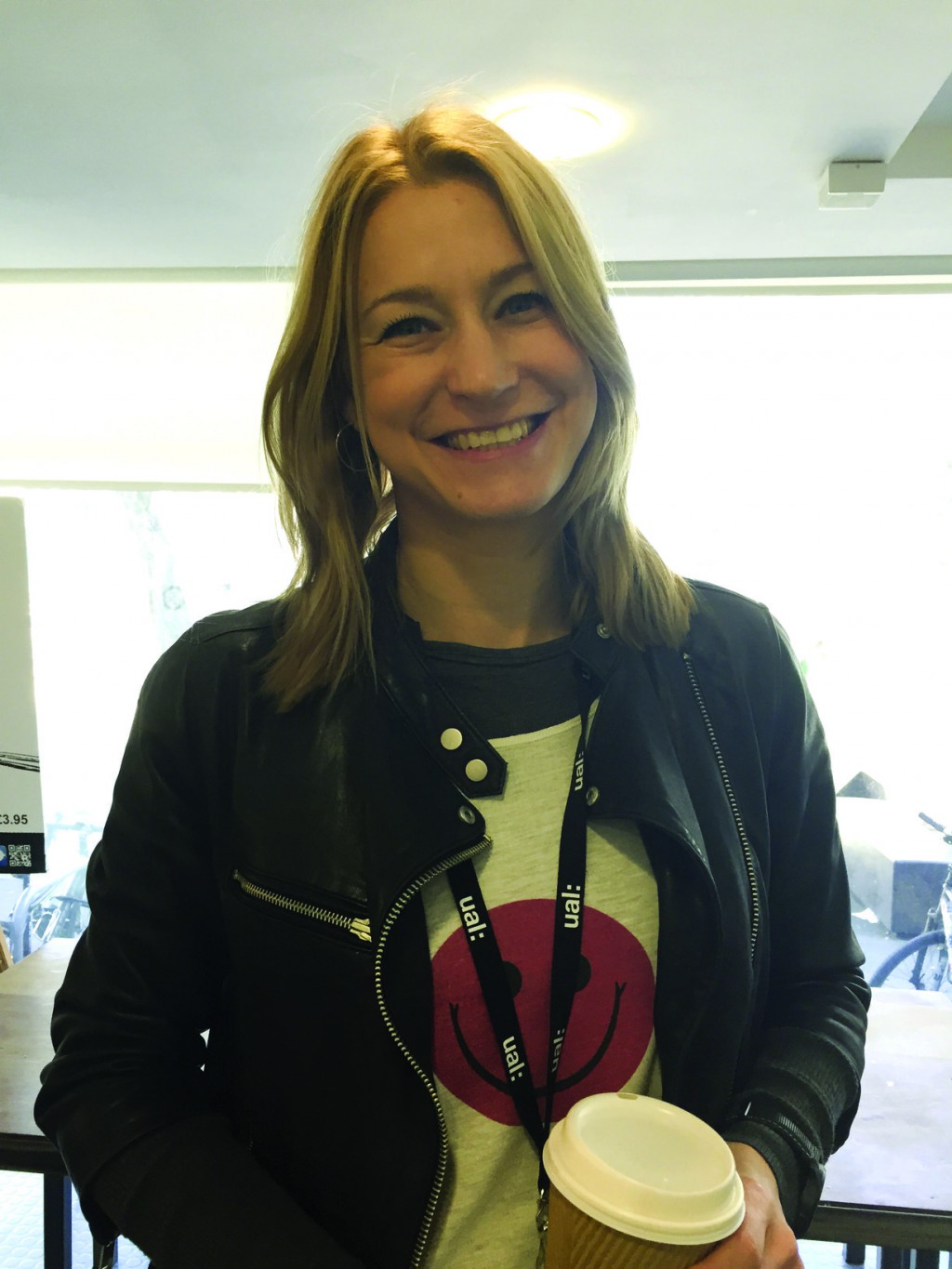 Irina, studying Masters in Service Design and Technology at London College of Communication,
“You know I’m not very familiar with his political views but It seems to me that maybe I’m not so serious about him because I don’t like him as an actor, I know he’s quite famous in the US and here. I can’t say that he’s more to me than Paris Hilton – I don’t think he can say something intelligent. Maybe if I like him as an actor more, for example, I really love Meryl Streep and if she said something according to political issues I will read about it and so on but as for Russell Brand… no.” 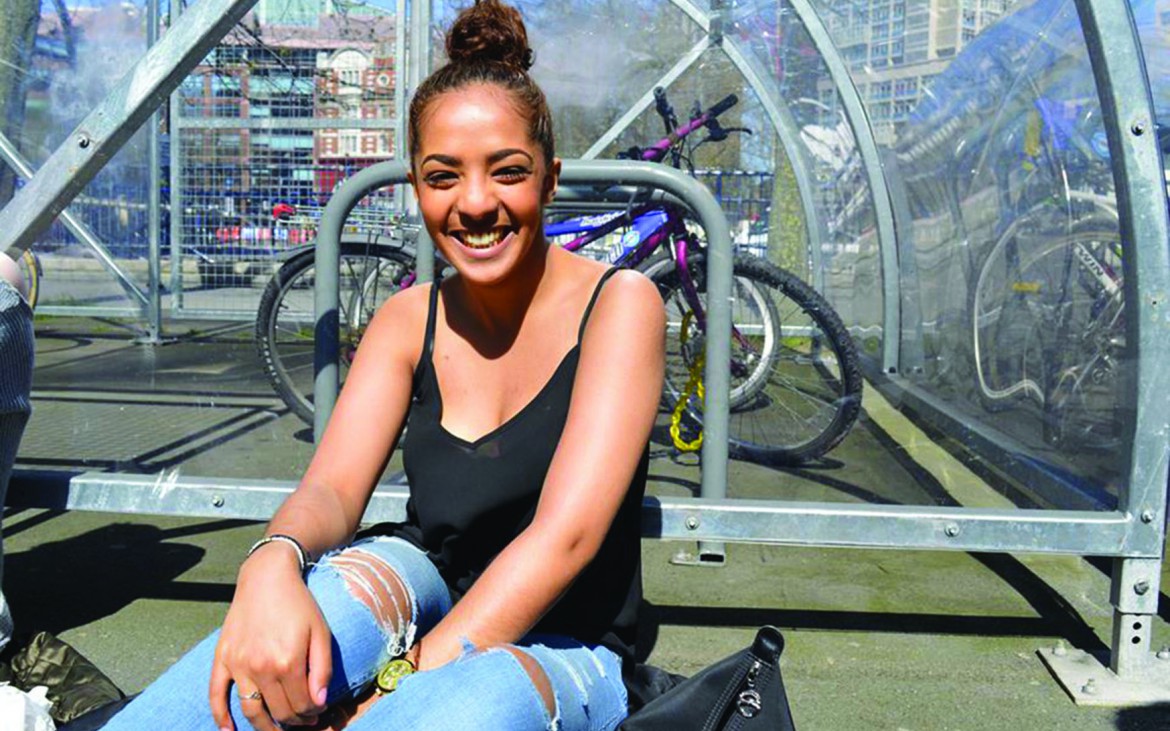 Phoebe Desalegene, studying Art and Design Foundation at London College of Communication
“I think because he was a comedian people don’t take him seriously, and I think he’s kind of seen as ‘one of us’, as in like general public in the sense of working class but because of his background (dating celebrities etc) I don’t think he could be seen as a serious politician. I do think he said raised some valid points and I do think he is genuine.” 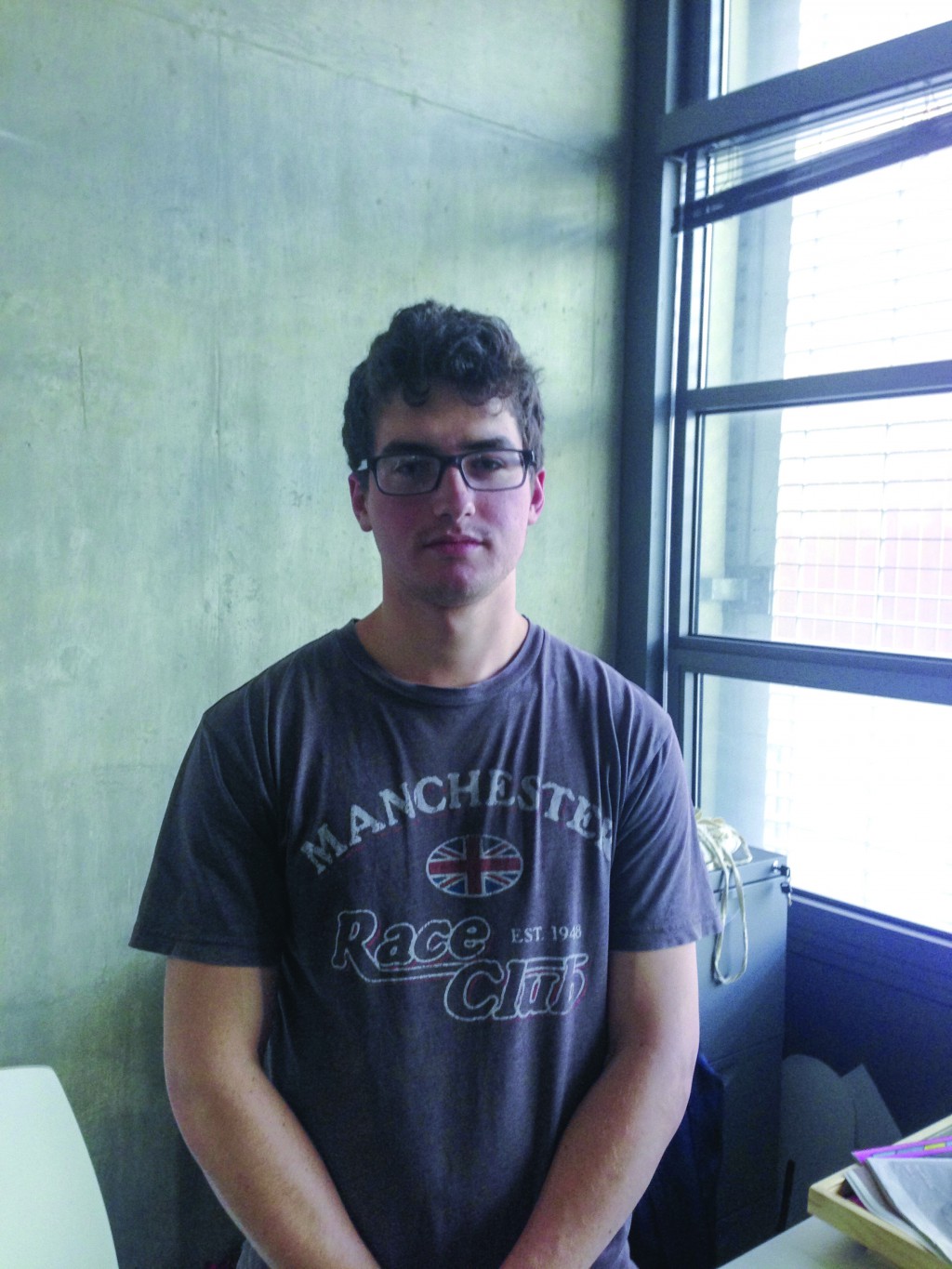 Josh Petter, studying BA Journalism at London College of Communication
“Russell Brand is a sham, a bullshitter to the highest degree. He uses his vast knowledge of the English language to talk circles around anyone who confronts him. But he has nothing to say.

“He attacks the political system with his convoluted, psuedo-Marxist ideas that do nothing but satisfy his own narcissism. And when confronted by them, he showers his questioner with long words and technical phrases which mean sod all.

“He uses words like ‘underclass’ and states ‘there will be a revolution’ in order to make him sound like Marx but he doesn’t have anywhere near the knowledge or understanding to actually see what Marx was doing. He talks about change but, when asked what it would look like, he only says what it will not look like. Then he attacks those who do the same.

“He is a part of the system he condemns. He doesn’t care about the poor and the outcast. He only cares about making money. I would believe him more about waning to shrink the gap between rich and poor if he weren’t making so much money,  pretending to care about those poor.

Not to mention his book; cutely-titled Revolution–with the letters ‘evol’ in red to highlight the word ‘love’– costs thirteen quid. How much money are you making off that, Russell? So much for your socialist views and desire for change. You are the problem you pretend to want to solve.”