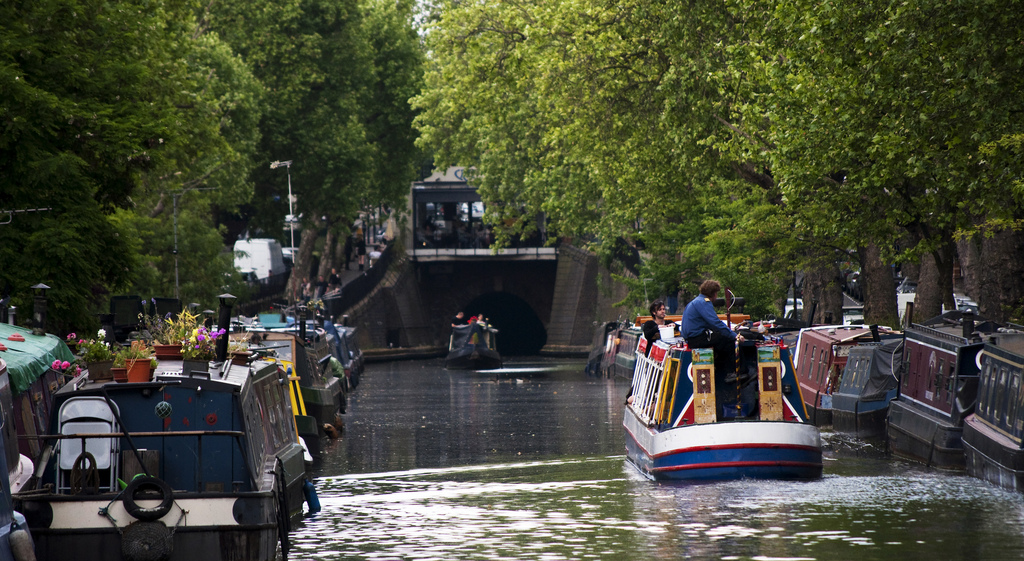 With house prices across the capital continually soaring to eye-watering highs, many London residents have started the painful task of trying to find alternative accommodation in an attempt to escape an out of control property market.

An increasing number of former renters have found themselves priced out of the sections of the city that they once called home, leaving them with few options if they want to remain in London, but are unable to meet the asking prices of even the most modest of homes.

As a result, many have turned to the capital’s many waterways, leaving behind their land-based lives and embarking on an aquatic adventure that is enticing an increasing number of would-be first-time buyers and young professionals.

But despite the excitement of the prospect of living a semi-nomadic, waterborne lifestyle, is it really the answer to London’s property problems or is it just another poisoned chalice that may end up causing more harm than good?

On first inspection, the recent flock to the water makes perfect sense. With increasingly few properties available for first-time buyers, the relatively cheap price of houseboats seems like a no-brainer.

An average-quality, good-sized boat can be bought for between £20,000 and £25,000, whilst those preferring to rent can do so for a few hundred pounds per month.

“The amount of time that you have to spend on a boat is probably equivalent to a part-time job.” Katie Jackson

Many who choose to live on houseboats do so on a “roving” basis, which accounts for the biggest increase in houseboat usage and refers to owners who do not buy a fixed mooring at a marina and instead are required by law to move their boat at least every two weeks.

Whilst for some this can be a frustrating and tiresome endeavour, others see it as liberating and a way to sample the delights of different areas of London whilst living under the same roof.

It is a growing phenomenon, too; a recent report by the Greater London Authority found there are approximately 10,000 people permanently occupying the capital’s rivers and canals, a 50 per cent increase over the past five years.

One such person is Katie Jackson, a 22-year-old former student at Queen Mary University who wanted to stay in London after finishing her degree but was not sure how she would be able to do so with house prices so far out of her budget.

With nowhere else to turn, and enticed by the idyllic idea of living on the water, she and a friend decided to take the plunge and buy a houseboat, and they haven’t looked back.

“[It] was definitely an economical decision because I had just graduated and didn’t have a full time job, meaning that I had no idea how I would be able to afford to stay in London. There was also a lifestyle factor as well, as I liked the idea of living in a little pocket of nature and calm in the city – almost like a piece of countryside that reminded me of home,” Jackson told Artefact.

However there are still several problems associated with the practice that many experienced houseboat residents are quick to point out.

Lana Wrightman, a spokeswoman for Riverhomes, a London-based real estate agency specialising in waterside properties says a major stumbling block for many is the issue of marine mortgages, which have become increasingly difficult to acquire.

As a result, immediately price-out the young professionals and students that are most interested in owning a houseboat: “Marine mortgages are very specialised with only a handful of lenders offering them, whilst the interest rates are higher for a conventional mortgage and demand a large deposit,” Wrightman said.

Currently, there are very few companies that offer these types of mortgages, and the short repayment terms – often seven years or less – can cause problems for young professionals who are attracted to the idea of living on a houseboat but are unable to keep up with the costs.

A 30 per cent upfront deposit is usually required, meaning that those with more financial security – and, as a result, those that are not necessarily flocking to London’s canals in a desperate attempt to find an affordable place to live – are the only ones able to afford what can often end up amounting to a substantial amount of money. 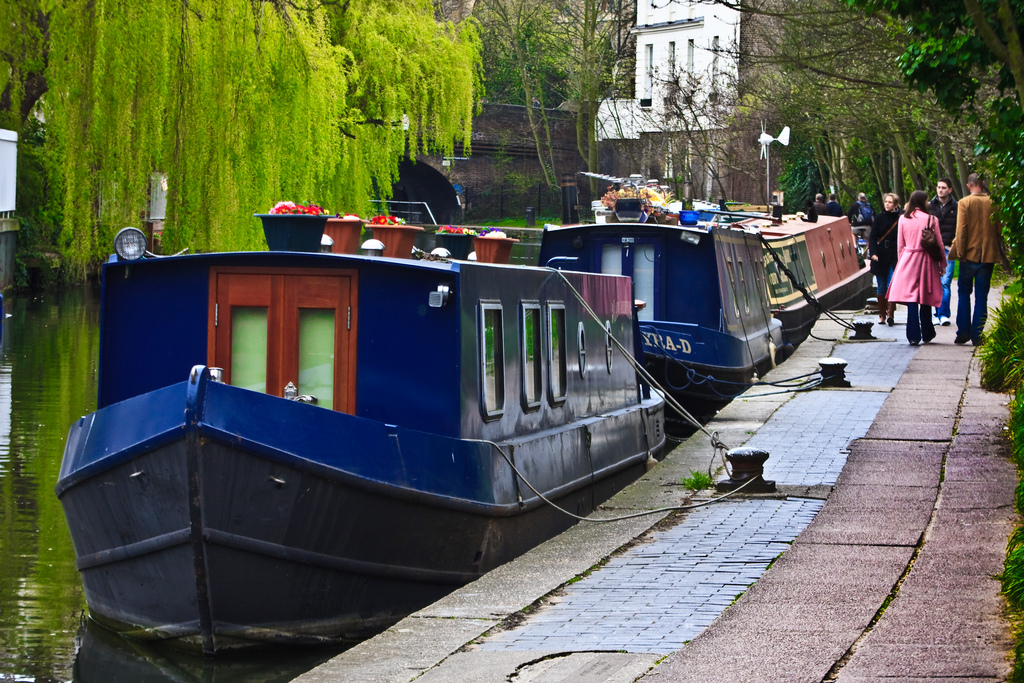 Other issues facing potential houseboat buyers are the hidden costs and strict maintenance laws that many are initially unaware of.

While used houseboats can be relatively cheap, the cost of keeping them safe and habitable can cause problems down the line, as can mooring fees, which vary from one location to the next and have become increasingly difficult to get hold of due to increasing demand

“The majority of people that I speak to have never owned a boat before.” Angus Rose

“Mooring fees are charges based on the length of the vessel and vary from location to location, whilst the boat must be painted every three years, varnished every four to five years, and taken out of the water every seven years for the hull to be scraped,” said Wrightman.

“Although interest in houseboats has risen as people look for more economical options, once they understand the true cost of owning and maintaining a boat only the true stalwarts continue,” she added.

On top of this is the time required to keep the boat running on an everyday basis, and that is something of which Jackson has had first-hand experience: “In reality, the amount of time that you have to spend on a boat is probably equivalent to a part-time job. You have to move it, empty the toilets and fill the water. Because it is getting busier on the canals, there is usually a queue to use facilities.

“I’ve had a lot of maintenance issues, such as broken throttle cables and poor plumbing. These sorts of issues are common for boaters and I think you get used to it but it can be stressful when you don’t know what the problem is or how to fix it. Even though the rent is substantially lower [than a house], there are hidden costs, like repairs, that you have to be able to pay for.”

However, even with these fees and challenges, many still feel a houseboat is their only option; a recent study by the housing charity Shelter found only 43 homes in London were “affordable” for a “typical” young family looking to buy their first property.

Whilst that figure is startlingly low, they also included houseboats and mobile homes alongside traditional houses and flats, meaning that a life on land is even more out of reach for young professionals, particularly those that are first-time buyers without a working partner to help pay for the costs.

The difficulty in getting on the London property ladder has led to more young professionals and first-time buyers opting to put their money into a houseboat instead of a more conventional home, something Angus Rose of the boat brokerage Boatshed has witnessed at first hand.

“The majority of people that I speak to have never owned a boat before,” Rose says. “They are all looking at their first boats because they see it as an affordable way to get onto the property ladder.

“I sold a couple of narrow boats recently to young couples who had saved up for a deposit for a house but decided to use it to buy a whole boat in one go. Even though they are paying mooring fees on top of that it still works out cheaper and allows them to have an asset in their name rather than getting stuck into a sizeable mortgage on a house or flat.”

According to Rose, the surge in houseboat living has resulted in a struggle to find space, creating problems for those who are interested in buying a residential mooring instead of moving every two weeks, leading to overcrowding in many of London’s marinas.

One example is South Dock in Rotherhithe, where there is currently a waiting list of 350 boats, while the canals that are populated by “roving” houseboats have also had their fair share of problems. 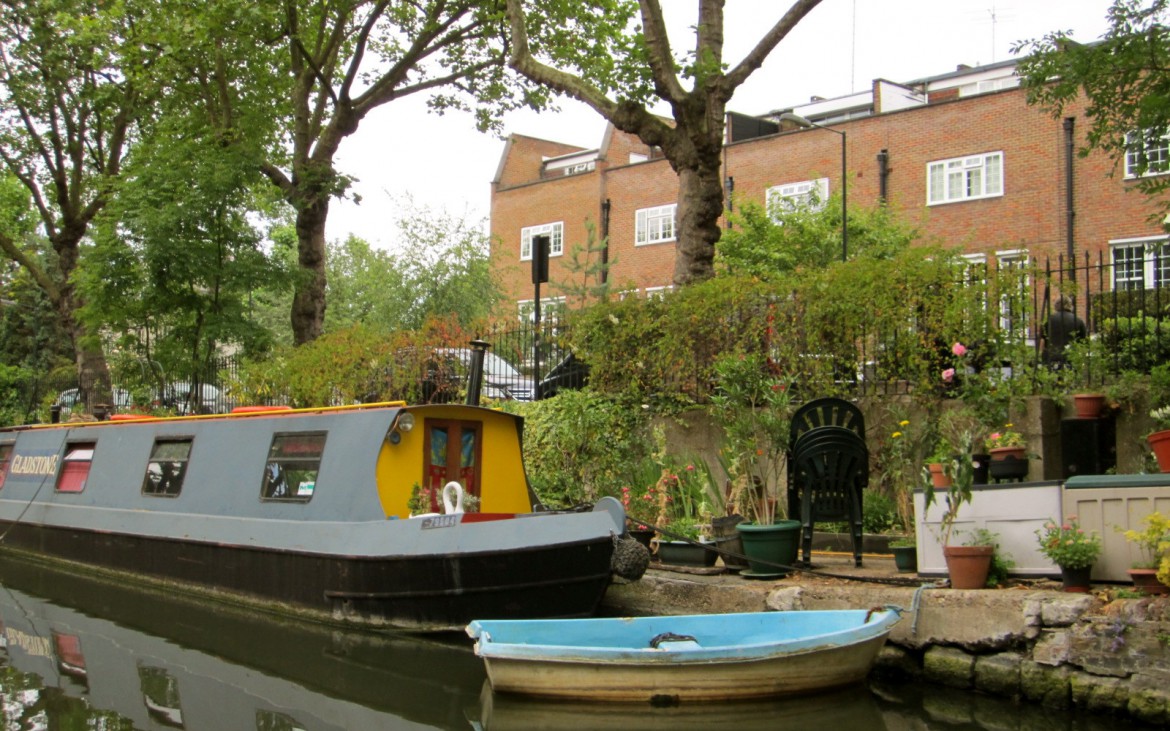 “There will come a time when there just isn’t any more space left,” said Rose. “I’ve spoken to people that have lived on houseboats for over ten years and they have said that they used to moor up in places like Victoria Park and be one of only four boats and now they are moored two deep along the towpath.”

He continued: “The increased demand for houseboats has also led to an increase in prices. I have had boats sell for more than they were purchased, which isn’t supposed to happen as, like cars, they are meant to go down in value. It’s normally the ones with moorings attached, as that helps to hold its value, and this is particularly the case in London.”

With house prices spiraling out of control, houseboats offer an alternative to those who have found themselves priced out of the London property market, but the multiple issues that have affected land-based homes are spreading to the boat market.

As the number of spaces decreases and the cost of mooring rises, what was once a relatively cheap way of buying a home is quickly becoming a desperate battle for limited resources.

As such, the problems facing potential first-time houseboat buyers are predicted to increase and could leave young people with one less option when searching for their first home.

With houses and flats increasingly out of the budgets of most and with houseboats threatening to follow suit, the question now is what, if any, options are there for ordinary working people in a city that is rapidly becoming too expensive for many to live in?