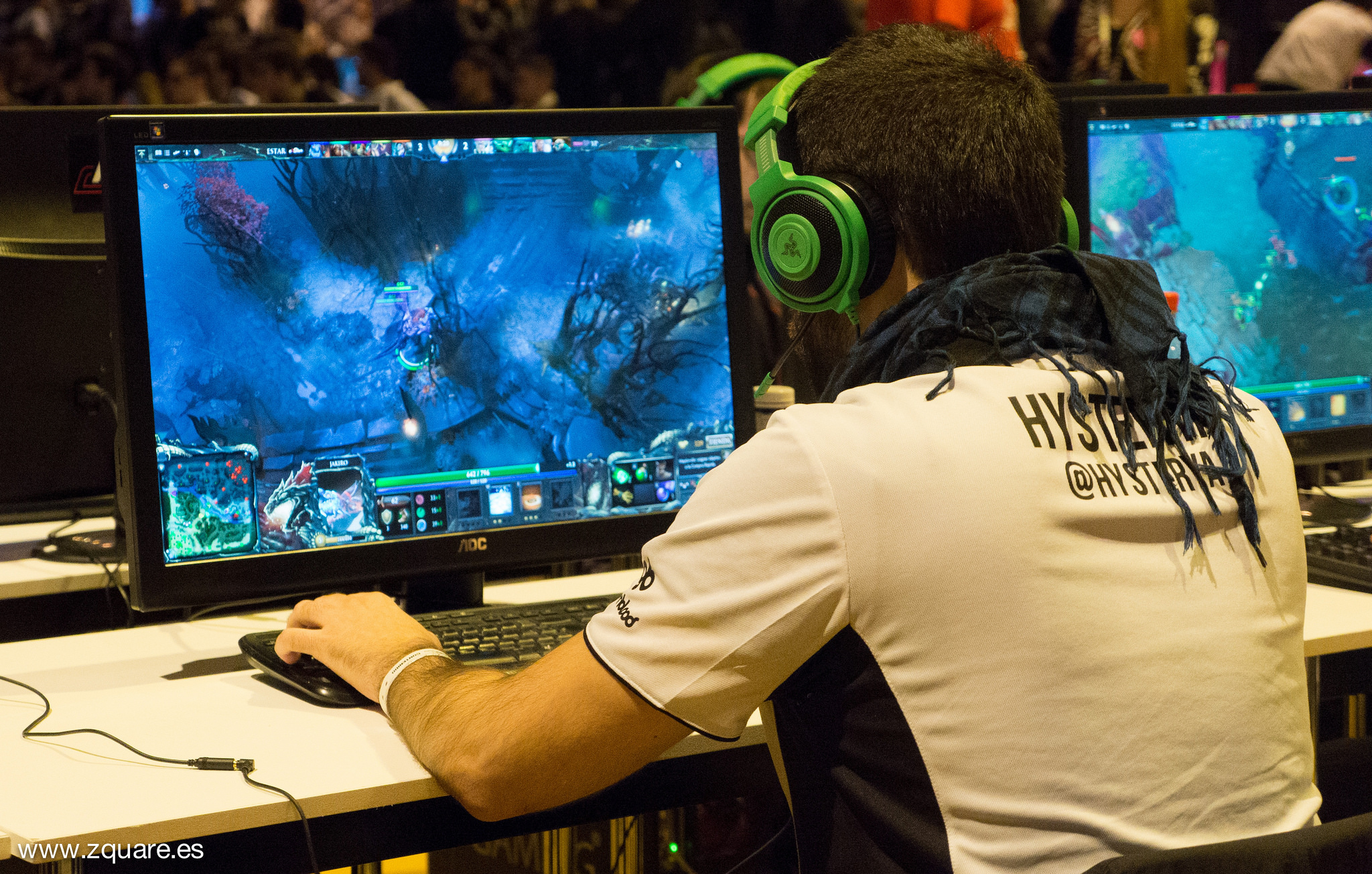 At the end of a gruelling, action-packed and, at times, heated three-and-a-quarter hours, the KOO Tigers hugged and danced in the middle of the battlefield.

They had just beaten fellow South Korean team KT Rolster in front of thousands inside Wembley Arena, and the fans were going wild.

But what were they playing? Was it football? Tennis? Ultimate frisbee?

No. They were taking part in one of the many video game competitions known as e-sports, a trend that’s enjoyed a rapid rise over the past few years and is now on the cusp of penetrating the mainstream.

The term “e-sports” refers to multiplayer competitive computer gaming. Despite the common misconception of video games as being a primarily solitary pastime, competitive and team-based competitions have played an important role since the dawn of commercial games in the early 1970s.

As an increasing number of people flocked to arcades or picked up early home consoles such as the Magnavox Odyssey, competitive tournaments organised between players began to take shape.

Pong, still a household name due to its cultural impact, was the weapon of choice for many, and since then the growth of the video game market has turned what was once a niche undertaking into a worldwide phenomenon.

With competitions taking place across the globe on a regular basis, e-sports have become big business.

A surge in popularity since the late 2000s has transformed amateur enthusiasts into professional players, many of whom have used their skills to earn unimaginable sums of money.

According to E-Sports Earnings, a website that compiles a list of the highest-earning professional gamers, all of 2015’s top-five biggest earners have accumulated over $1.5 million each since the start of the year.

Comparatively, a professional football player earning the maximum salary in America’s Major League Soccer will have to ply his trade for almost four years to earn what just one of the aforementioned gamers has achieved in the first ten months of 2015.

The huge sums of money available to players is a direct result of the popularity that e-sports are currently enjoying.

Last year, the finals of an international tournament involving the online fantasy game League of Legends was witnessed by 27 million people worldwide, with 11.2 million of those watching live. 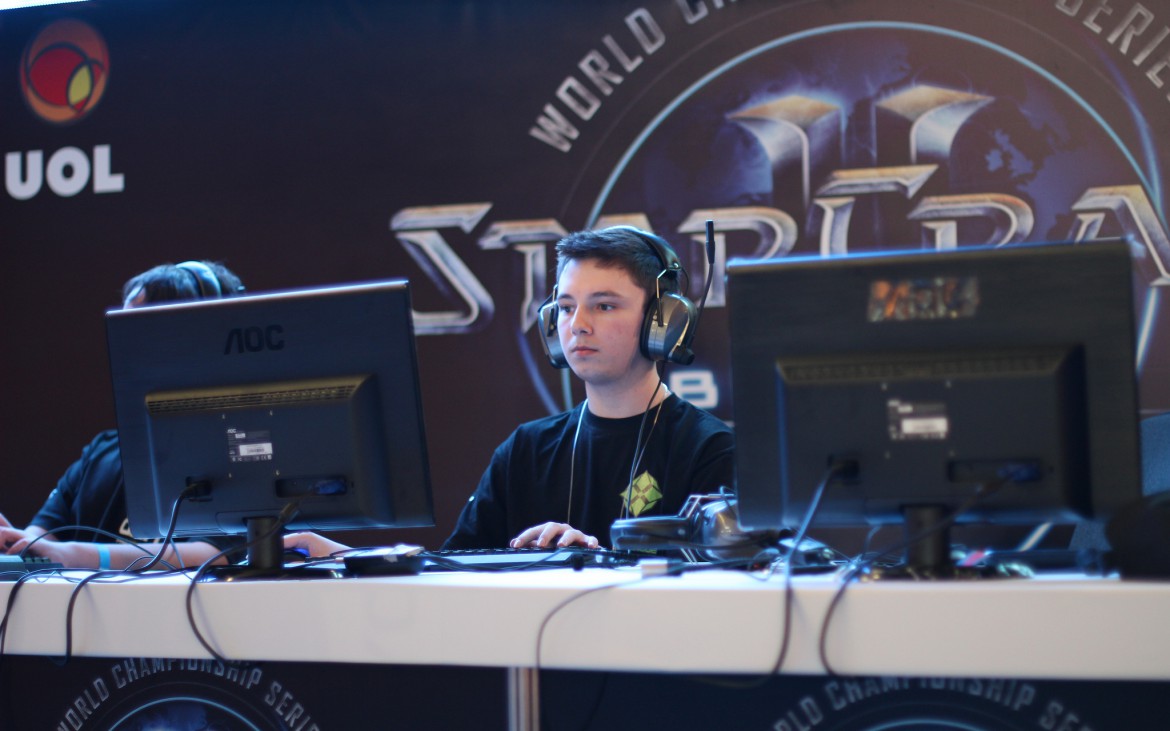 The continual success of League of Legends competitions – arguably the most popular in the history of e-sports – led to Wembley Arena deciding to host this year’s World Championship quarter-finals.

But what was even more startling was BBC3’s decision to become the first major British broadcaster to purchase the rights to broadcast the tournament live.

A small but dedicated group of streaming websites are usually the first port of call for e-sports enthusiasts, and through platforms such as Twitch, video game fans can stream countless competitions from every corner of the globe.

However, BBC3’s broadcast of October’s quarter-finals has brought e-sports to the attention of the mainstream, something that the channel themselves were incredibly keen to do.

“We jumped at the chance to collaborate with BBC Sport and bring this massive UK event to a wider audience,” said BBC3 controller Damian Kavanagh.

“BBC3 is always experimenting with new ways to deliver content that people want, in ways that they want. I think this was an exciting way to cover something millions of young Brits love.”

The increasing popularity of e-sports among young adults is certainly something that other event organisers are starting to take seriously.

In 2014, the annual extreme sports event the X-Games teamed up with Major League Gaming – arguably the world’s largest and best-known e-sports organisation – to host the Call of Duty X-Games Championship in Austin, Texas.

The appearance proved to be a watershed moment for the sport, helping to propel it to new and previously unimagined heights.

As a result, the 2015 Winter X-Games in Aspen, Colorado, featured a three-day e-sport event that saw the competition take place alongside traditional winter sports such as skiing and snowboarding.

“2014 was a breakout year for e-sports, with the first ever MLG [Major League Gaming] tournament at X-Games Austin and more than 71 million people competing in or watching e-sports events around the globe,” said Sundance DiGiovanni, the co-founder and CEO of MLG.

“Our X-Games debut was such a success that we knew we had to continue the tradition.” 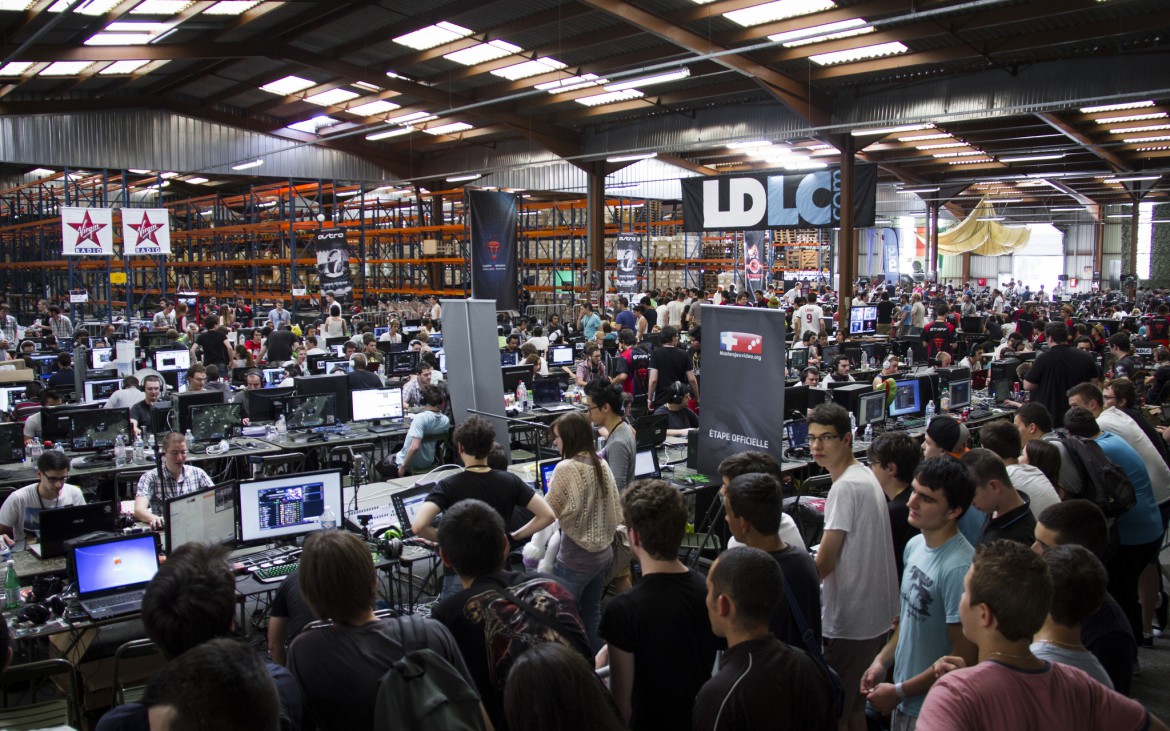 It is a tradition that has a short yet impressive history. While the popularity of e-sports is continuing to rise in Europe, it has been a phenomenon in East Asia for over a decade now, with the South Korean audience arguably the most dedicated.

The country’s biggest tournaments regularly attract huge excitement from fans and bring in as many people as major sports events and music concerts.

One notable event was the 2013 League of Legends World Championship in Seoul’s World Cup Stadium, which attracted a crowd of 40,000.

In comparison, only seven of the 20 football teams in this season’s Premier League have enjoyed bigger crowds at their games.

One of the most fascinating aspects of the rise of e-sports is that it has largely taken place away from the mainstream, leaving many completely unaware of the time and money involved in such an under-represented form of entertainment.

With more online viewers than many of the nation’s favourite television programmes, the question now is whether or not this success can permanently move away from the internet and onto the big screen.

BBC3’s decision to broadcast the League of Legends quarter-finals was an intriguing move by a big player, but despite their willingness to buy into a growing market they decided only to stream the event on the iPlayer, with highlights of each day’s matches being broadcast on television during off-peak hours.

With the e-sports audience already online, it can be argued that it makes sense for BBC3 to start this way as they test the water. But their decision also throws up further questions

With websites like Twitch the first choice for e-sports fans, will many, if any, make the leap to a more mainstream channel? And what hope do BBC3 have of successfully enticing potential new fans?

Broadcasting competitions live on television could go a long way to help achieve that goal, but until then it looks as if it is going to struggle to find success among those that are currently unaware of its existence.

Despite its large following online, e-sports remain a niche interest followed primarily by those with a background in video games and technology.

This makes it difficult for it to fully penetrate the mainstream’s consciousness in the way that, say, more conventional sports are often able to do when televised to the masses. 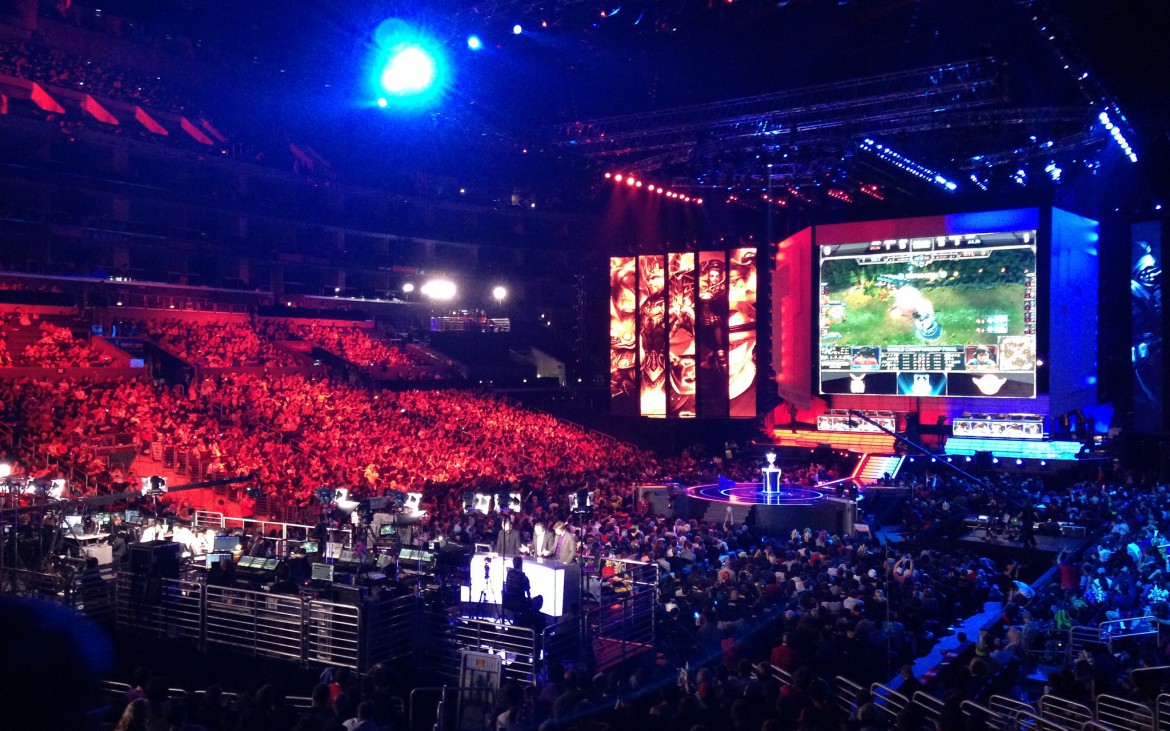 However, there was a time not too long ago when “outsider” sports such as snowboarding and BMX were viewed with skepticism by the mainstream, yet they are now firm favourites of many thanks to their appearance at the Olympics.

While it is unlikely that competitive computer gaming will ever become an Olympic sport, continual exposure to a mainstream audience could help e-sports grow in popularity and, like snowboarding and BMX, become a respected discipline.

No matter what happens, the future looks bright for e-sports. With a global audience rapidly reaching 100 million and major broadcasters and event organisers quickly taking notice, the only way is up for a sport has a enjoyed a meteoric rise since the start of the decade.

As such, it may not be long until you turn on your television and see the KOO Tigers celebrating another win, this time surrounded by tens of thousands of screaming fans inside Wembley Stadium.

The e-sport craze is in full swing, and it is showing no signs of slowing down any time soon.