Sofar, so good, for the future of live music

It’s a movement taking root in more than 180 cities around the world – Sofar has created a mesmerising community of music lovers who are changing the way we take in live music.

Sofar Sounds (Songs From A Room) was born in 2010 after three friends Rocky Start, Rafe Offer and Passionate Dave left a Friendly Fires gig with a whole new perspective on live music.

The disrespect from casual punters frustrated them to the point where they decided to put on a gig in their own living room in a North London flat for just ten friends.

Needless to say, the ball started rolling, word spread, and the community grew to America, then to the rest of Europe, and now all over the world. The basis of these shows is one of respect.

The rules are simple: 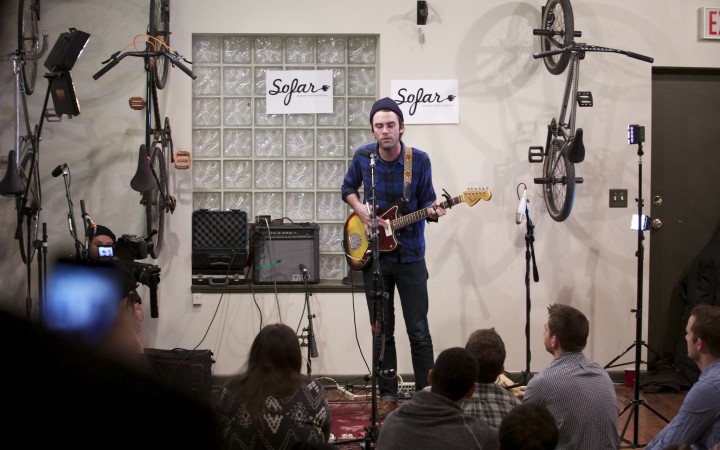 This structure is designed for the sake of the acts performing – Rafe and the other founders don’t believe in headliners and therefore tailor the evening to give the same respect and attention to all artists.

This is a company that truly cares about its acts as well as its guests. Always listening out for new acts and exciting venues Sofar is a a volunteer-led community that believes in the spirit of live music.

That being said, Sofar has also played host to larger acts such as James Bay, Hozier, The National, and Will Young, even supporting acts such as Friendly Fires in getting recognised, and eventually signed.

[pullquote align=”right”]“We’re trying to bring respect in our own small way back to music”
Rafe Offer[/pullquote]With five years of experience under the belt, Sofar is looking towards the future to bring lovers of music together, hoping people will always find comfort wherever they are in the world at a Sofar show.

I caught up with co-founder Rafe Offer over the phone on a rainy Wednesday morning in London to discuss the role Sofar Sounds has had in the past five years not only as a mode of enjoying live music, but a global movement of music-lovers who have a distinct respect for artists.

Rafe also spoke about the Winehouse/Adele hybrid act that is Norma Jean Martine, a story about their second show in New York, and where Rafe sees the company heading in the next few years:

You can apply for Sofar tickets in your city here.