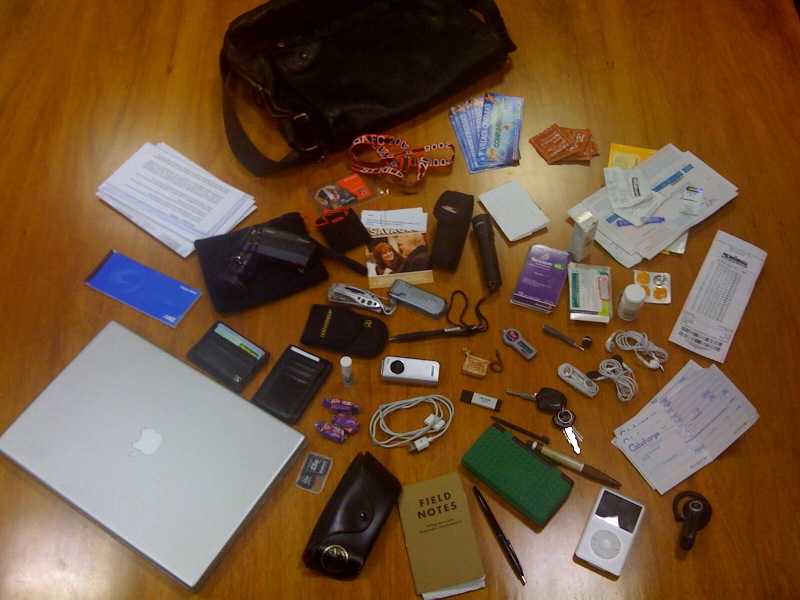 After realising how much crap I keep in my Mary Poppins inspired handbag, I decided to rumble through the items I carry with me every day and see how much of it might be possible to replace with more ethical products.

Although many of the big players in consumer goods do offset carbon, they don’t seem to do much else to seem less like bad guys.

Because of this it turned out to be harder than expected to find humane alternatives to my swag, even if I imagined my pockets to be deeper than Oprah Winfrey’s.

Know who you paid and for what works with this smartphone [fairphone.com]

What actually sparked this investigation was the Fairphone presentation of their budget breakdown and mission statement.

“We’re making a positive impact across the value chain in mining, design, manufacturing, and life cycle, while expanding the market for products that put ethical values first.”

This does not necessarily say anything about what they actually do, but their presentation of where the €525 you pay really go when a phone is purchased from them does give them a leg to stand on.

To show that they really believe in keeping products for as long as you can, they make a very big deal out of selling replacement parts for their product.

Replacement parts is something that phone, laptop, and tablet manufacturers seem to have actively been working against lately, which is awfully depressing for a person that smashes their phone screen a few times per year.

Hopefully, refusing to make replacements simple will no longer be a thing if and when modular smartphones become standard either way; but for now, Fairphone’s concept is representative.

“Use it until it breaks, and then buy a new one” they said [Edvvc via Flickr CC]

With a slick smartphone already locked down, I set out to find some headphones to go with it.

Not only do these babies from LSTN soothe your conscience by promising that an undisclosed percentage of the income received goes to helping kids with hearing impairments, but they are also absolutely gorgeous.

Though shopping is absolutely not the best way of going about charity, it is better than nothing. The prices for their headphones start at $29.99.

Next up, I feel we need to acknowledge what everyone should carry regardless of gender or financial situation.

Condoms are not something to skimp on (though they do hand them out for free at student services, check it out) and need to be restocked regularly, regardless of usage.

Fair Squared make a wide range of eco-friendly, natural latex condoms manufactured in the EU. A pack of 10 is €6.95, larger quantities work out cheaper.

Please note that female condoms do not appear to be part of their repertoire at the moment.

When you never know, you should always keep a few with you [Studio tdes via Flickr CC]

To replace the obligatory tampons always lurking about, I found THINX power of purchase period panties – this clearly falls into the category of purchasing long lasting items that help someone else, but definitely also sound like a horrible mess just waiting to happen.

According to Thinx’s website, a large number of girls in the developing world are unable to keep up with school due to their periods, and they are working to solve this in a sustainable manner. A thong is $24.00, and hopefully comes with a user guide.

The hunt for ethical replacements has proven to be harder than expected. The very generous list of items to look for had to be ruthlessly slashed due to lack of alternatives – among other things, I was unable to find USB sticks, mini USB cables, a laptop, a tablet, contact lenses, or nylons to purchase with my pretend-cash.

The first Fairphone 2 will be delivered in December, meaning there are no customer reviews yet, the headphones won’t specify how much of their income they put towards charity and the knickers just don’t seem to appealing to me for reasons previously stated.

The condoms will make a great Christmas present for someone I love, but as they would need to be ordered online, I just don’t see a lot of people opting for them even if they wanted to.

It is, after all, a product often purchased when one is in dire need.

All in all I consider my findings surprising, and the lack of success disappointing.