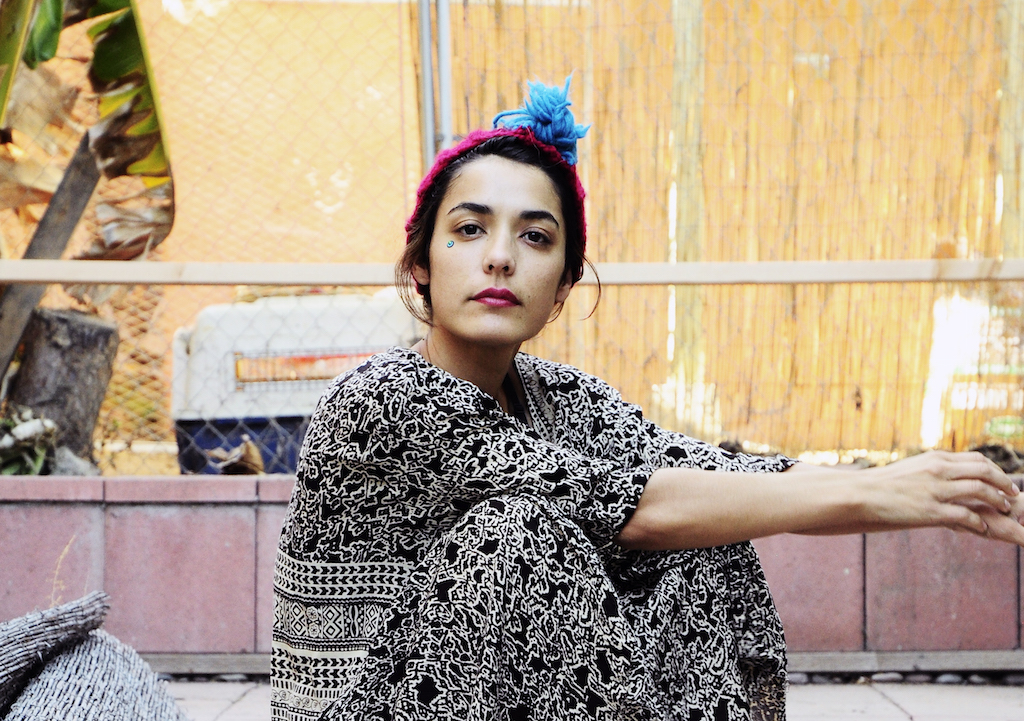 Straight from the Californian band Warpaint, the girl gang that everyone wants to be a part of, Jenny Lee Lindberg has decided a solo project is definitely in order.

On December 11, 2015 we will be graced by Jenny Lee’s first solo album Right On.

Sultry and moody bass lines that once seemed so feminine now endure a masculine edge, something new from the liberal Californian.

Gritty underground sounds lead towards an album of nocturnal thoughts and soul searching, almost like experiencing a series of succinctly put together thoughts from the newly found solo artist.

Artefact spoke to Jenny Lee about her new venture into life away from Warpaint.

So when did you decide that you wanted to go solo?

I think it was about a year and a half ago, Warpaint was touring the album and when we were coming home and having breaks I started making and writing songs and I was just sort of compiling material because I’d decided I wanted to put something out on my own. I think at that point I was just getting my feet wet with finishing songs and you know, expressing myself, and I’ve been writing music for a very long time, a lot of it was instrumental with really minimal vocals, a lot of songs were unfinished and I just kind of wanted to hone in, focus, write some music, finish it. When we were finished touring, we had a five month break and so during that time I just went for it and started writing. It was actually longer, we had a break where everybody was left to their own devices to do whatever they wanted to do.

How did Warpaint react to this?

They were incredibly supportive, super excited, and kind of surprised too just like “wow that’s so crazy that you put out your solo album”. I would have thought that any of the girls would have done it before me, seeing as they’ve been singing and writing songs for a long time. I did it bit differently, I made a lot of instrumental music and I could have put out an instrumental album but singing was an obstacle I really wanted to get through and kind of tame that demon.

You’ve brought your notorious bass lines through to right on, have your influences changed now that you’re writing solo?

No they haven’t, they’ve stayed the same! Whatever any of us are inspired by we kind of bring it to the table, we all sort of chime in what we think would be best and we’re all pooling from different sources, different pools of inspiration and I think that’s what makes Warpaint so eclectic sounding, and I think pretty unique and original because it’s just coming from all over the place. With me its just coming from me, which doesn’t mean its not coming from all over the place, I’m inspired by all kinds of music, but it is just me, there’s not three other people timing in. 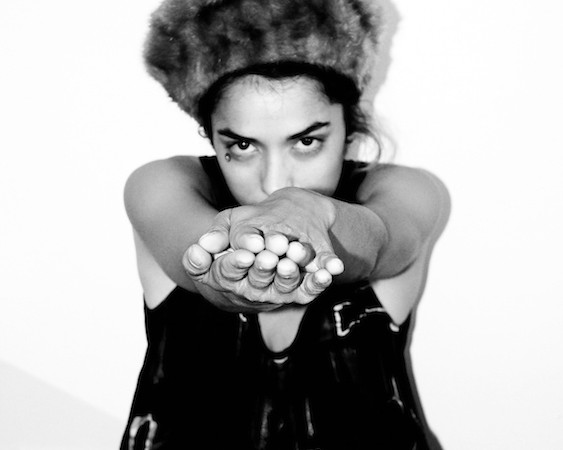 It seems like ‘Right on’ tells a story. Can you take me through a few of the songs and the meaning behind them?

You know, metaphorically speaking the songs are open for interpretation. I write a stream of consciousness so often I don’t even know what the songs about until after it’s written, and the meaning of the song could change because I could be experiencing something in my life one day and experiencing something completely different the next day, but the song will still fit. But you know, a lot of the songs are about self discovery, about how hard we can all be on ourselves and to kind of break free from personal criticisms and personal judgements. Having to battle through that is a lot of shit that everyone has to endure every day, let alone having to deal with shit from other people. I think we fail to recognise how mean we can be to ourselves. Anyway that’s pretty heavy. There’s a song that’s a deliberate love song which is ‘He fresh’, ‘Real Life’ is about sobriety, ‘Boom Boom’ is about finding yourself, and being yourself. It’s about copycats really, and how everybody feels the need to be accepted or acknowledged, or fit in with society.

Do you have a favourite track?

I like ‘Never’. I like them all but ‘Never’, I don’t ever get sick of that song.

You said your album is about self-discovery, have you learnt anything new about yourself in the process of writing ‘Right On’?

I mean I’m just looking back right now and reflecting on the last year of my life and how its just gone by so fast and how I would have never in a million years thought I could or would do it. I’m pleasantly surprised with myself, so I feel very empowered and liberated in a way, to have had a vision and seen it through.

Are there any collaborations you’d like to do in the future?

Not anything that comes to my mind, we get asked all the time but you’ll either be into or you won’t. I’m still writing music and we’re also writing a third album for Warpaint so I’ve really got my hands full. There’s always talk about doing side projects and doing other bands with other things. I’m always down for making music, it just has to be the right fit.

What can we expect from a performance with Jenny Lee?

I’m not playing bass, just singing and dancing, its fun.

Are you going to playing any festivals/gigs?

I’m playing a show in December in London and then there’s going to be tours in maybe early spring. I’ll be touring Europe, the States and anywhere that will have me.

Lastly, what advice would you give any artists that want to follow in your footsteps?

All images from Rough Trade Records.

Women in music: The problem with festivals