Afghanistan is a country with an incredible wealth measured in oils and minerals, riches that have seen countries fighting for its resources over the past decades.

With a rich history of Buddhist tribes and Buddhism being one of the major religions during the pre-Islamic era in Afghanistan, it is expected the country has a substantially large percentage of yet to be discovered Buddhist monuments.

But what was uncovered years ago, no one had ever expected. 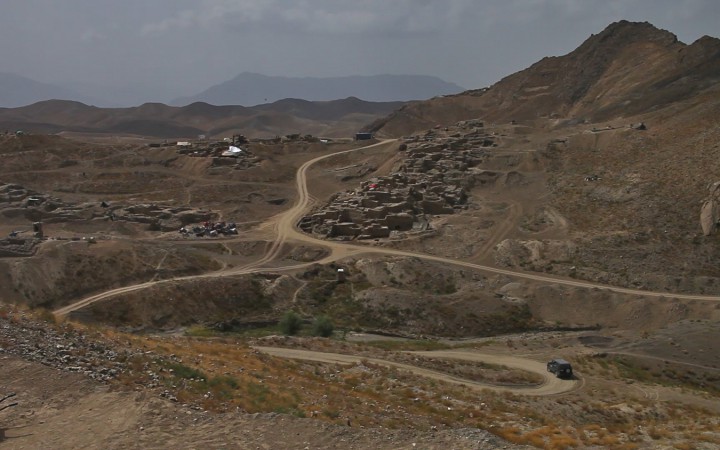 The site was first discovered by a French geologist drilling for samples of copper, when he made the unexpected but astonishing discovery of an ancient Buddhist city containing over 2,000 years worth of history.

A small team of international archaeologists risked their lives on a daily basis and began excavations in 2009.

So far they have uncovered around 10% of the site, with findings of a monastery containing domed shrines known as stupas, golden Buddhist sculptures, temples and the oldest Buddhist manuscripts and oil paintings ever discovered. 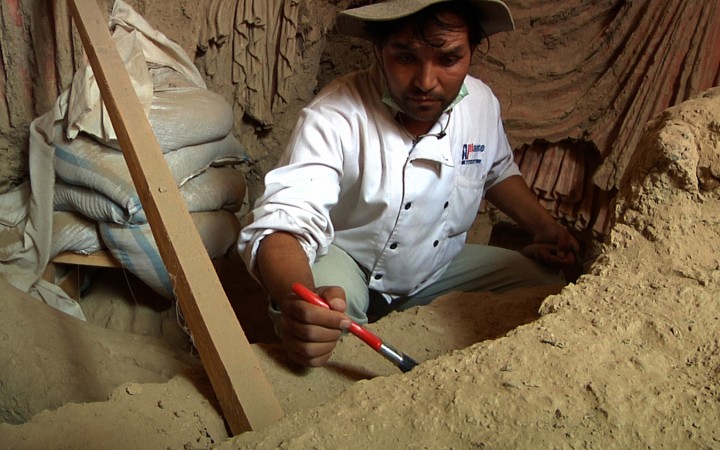 The site finds itself on the notorious Silk Road, in the heart of Asia, the trading route which connected Asia with the Middle East; it is believed to have been a great Buddhist settlement and a temple for Buddhists on the way to Bamiyan.

Archaeologists believe this to be a great historical heritage site, hailing the discovery a milestone in developing a greater understanding of the early science of metallurgy.

In addition, exploring the site’s treasures is believed to allow for a greater understanding of the Buddhism world dating from the early centuries AD.

Over the years Mes Aynak has received international coverage. The world seems not to be wanting to lose this site of ancient world heritage and are on a journey to save the archaeological site.

He produced and directed the internationally acclaimed and award wining documentary Save Mes Aynak, endangering his own life every day of the three years he spent documenting developments on the site.

With help of a translator, his camera kit and his skills, Brent Huffman set out on his journey to save Mes Aynak. He spent a couple of years recording the archaeological site’s riches, developing a true insight into the world of Mes Aynak.

Having seen the once thriving Buddhist city with his own eyes and witnessing the grandeur of the site proved to him the potential Mes Aynak could have in the establishment of the nation’s heritage.

“Mes Aynak is a site of priceless world heritage, he told Artefact.

“Under this Buddhist city lies an older 5,000-year-old Bronze age site. There are so many incredible ancient sites in Afghanistan; destruction at Mes Aynak puts them all at risk.

“The ancient city at Mes Aynak is awe-inspiring, a massive site comparable to Machu Picchu and Pompeii. I fell in love with Mes Aynak and was deeply inspired by the Afghan archaeologists risking their lives to try to save it. Saving Mes Aynak is their story.” 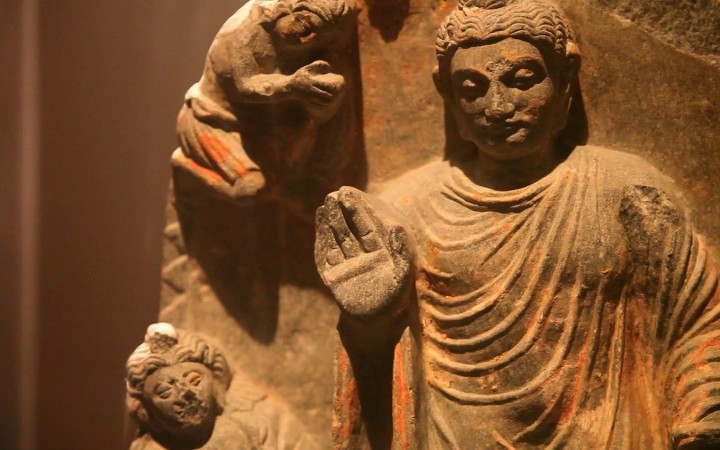 One of the many Buddha statues recovered from the site

The fight to save Buddhist treasures has been a long battle fought by the Afghans. It kicked off 18 years ago when the Taliban blew up Afghanistan’s ancient 180ft Buddha of Bamiyan, provoking public outrage.

While the country’s battle to rise out of a dark pit after years of war is still on going, it seems there’s already another threat looming around the corner.

A Chinese venture set its sights on the archaeological site of Mes Aynak in the year 2009; state-owned China Metallurgical Group Corporation won the right to start its mining project at the site with a $3 billion price tag.

With publicly-known corruption rife in the Afghan government, concerned has been raised that the government sold the site for such a small amount compared to its estimated worth.

These figures affirm the desperation Afghanistan faces as a country: to sell such a valuable site for much less than it is actually worth. 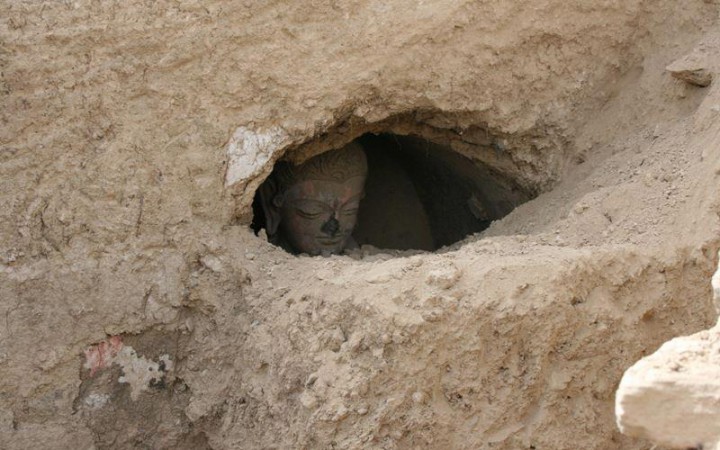 Huffman has had an interest in Afghanistan and has been working in the country since 2004.

His personal connection with Mes Aynak began when he learned that the US military was providing security for the Chinese government-owned company, which struck him as strange, and his interest grew as he became concerned by the lack of transparency by the Afghan government and the intentions of the Chinese.

“The Chinese mining company is just like any other company; they are solely interested in making money and they see the archaeological site as an obstacle to reach that goal. This deal represents a quick cash grab for a small number of people without any long-term thinking.

“Mes Aynak preserved as a tourist destination could bring in far more money over many years in a sustainable way that would benefit Afghans. Erasing Afghanistan’s history via this destructive mine will only further harm Afghanistan’s ability to reclaim its own history and heritage and rebuild the country.”

The state-owned Chinese mining company would be set for an incredible profit once they start mining as they are getting $100 billion worth of copper for less than three billion dollars.

The open site is subject to regular looting by professionals and is thus extremely vulnerable to losing its treasures. 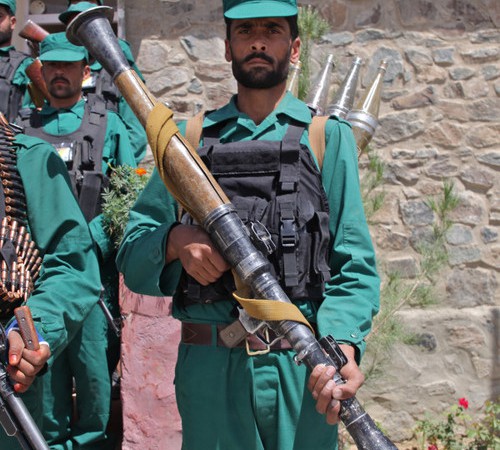 The ruins are likely to be destroyed once work at the mine begins, with greater repercussions than sole economic loss; it is said to affect the environment permanently.

“Open-pit mining will not only destroy the archaeological site, it will also devastate the environment permanently. An underground water reservoir that feeds into Kabul and Pakistan will be poisoned with mining waste. The Chinese company will be bringing in their own workers from China, meaning that the only ones seeing any benefit from this investment will be the Chinese and some corrupt Afghan officials,” Huffman said.

Meanwhile during all the turmoil surrounding this site, archaeologists under the direction of Qadir Temori have been swiftly uncovering and preserving as many treasures as possible in a desperate attempt to excavate the site before the Chinese take over.

With little support from the government and small-to no pay at all, the Afghan archaeologists find themselves in a dubious position. There are police guarding the site and archaeological ruins, but there is currently no coherent plan of action at the site.

“There are many threats to the site now,” says Huffman. “From the Chinese open-pit copper mine set to start at any time, to looting happening at the site at night, to daily threats on the lives of the archaeologists from the Taliban.

“There are Kabul police guarding the MCC mining camp and these guards are also protecting the archaeological ruins, but there is no structure, oversight or accountability at the site.

“Artefacts are being stolen from on site and from storage. Most of the foreign archaeologists have left and funding has dried up. The Afghan archaeologists go months without pay regularly. It is a very bad situation at the moment with threats coming from all sides.” 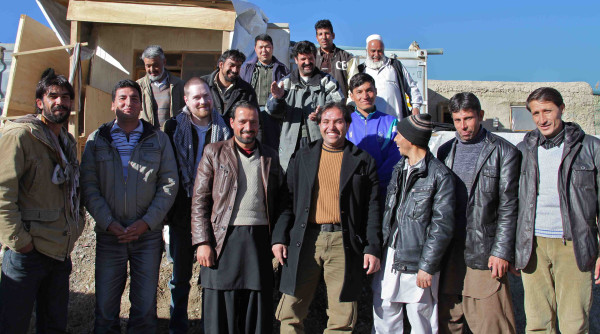 With the small number of workers on location and the tenuous set of tools they own, the archaeologists are facing great challenges in achieving their goal.

They are left with insubstantial equipment, facing daily threats by the Taliban – who are violently opposed to preserving cultural heritage – while receiving intense pressure from the Chinese mining company.

The conservators have so far managed to save 10% of the site in three years, but it seems time is running out for them.

Preserving this site allows Afghans to have a sense of national identity and this area is a testament to what a prominent history Afghanistan has had. Now it’s down to the government.

“The Afghan government is the only entity that can halt this impeding tragedy and save this world heritage and the environment for future generations. Tourism could bring world travellers to Afghanistan and could eventually make Afghanistan far more money than this deal with MCC,” Huffman tells us.

The former location of the Buddhas of Bamiyan can attest to this statement as it is now a UNESCO world heritage site and is being restored for tourism.

“Destruction of a site like this sets the precedent about future mining and development in Afghanistan, that quick rescue archaeology is paid off by corruption then total destruction of world heritage. The Afghan government must intervene and make the company stop mining altogether, mine in another location or mine in another less destructive way.”

Afghanistan is looking at a brighter future but to ensure its success, the Afghan government should increase security in the country as a whole.

Beyond that, they should do all it can to preserve the nation’s heritage and protect future tourist attractions. Everything possible should be done to preserve some of the oldest Buddhist findings in the world, if only to preserve world history.

Ruining this priceless national heritage for investment purposes will not only be a huge loss to Afghanistan, it will also be a loss to the world’s heritage.

Huffman took the challenge of documenting this site to share the archaeologists’ story of Mes Aynak, Afghanistan’s version of Pompeii.

All images by Brent E. Huffman.