In conversation with | Glenn Greenwald 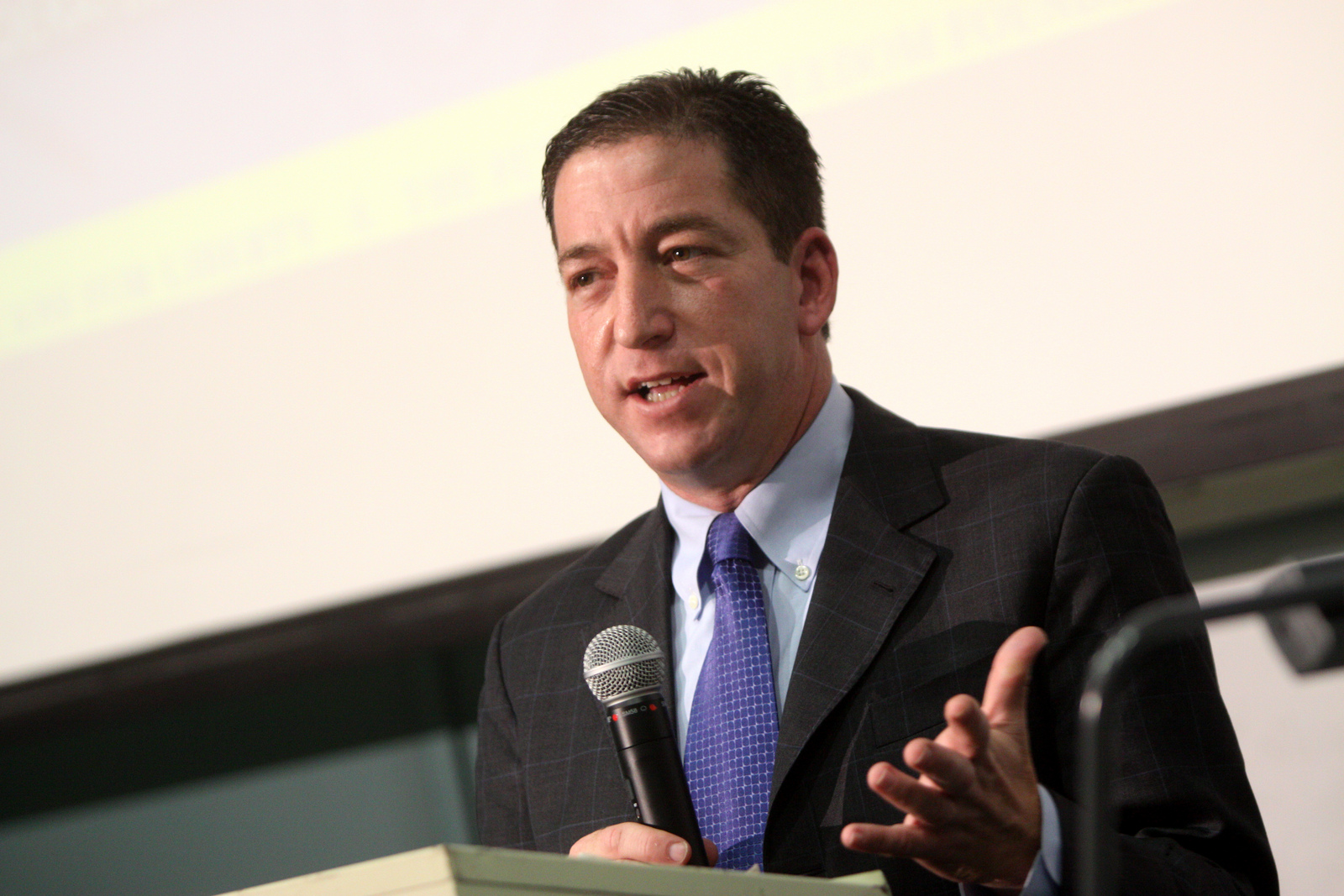 Once he picks up the phone, I can’t help but think that there is a possibility our phone call is being monitored. It would make perfect sense for them to keep an eye on him as, in their eyes, he’s a hindrance to national security organisations.

The next leak he chooses to write about could disrupt a country and send its safekeeping operations into turmoil.

I am interviewing Glenn Greenwald, the journalist who was approached by whistleblower Edward Snowden to leak thousands of classified documents, revealing information about the National Security Agency (NSA) and its global surveillance operations.

The NSA is an American, government-run institution, which focuses on preventing terrorism, by securing confidential electronic information through counter intelligence. Snowden worked as government contractor for the NSA in 2013, which led to his revelations.

Like many other high-profile journalists Greenwald receives tips daily from people claiming to have interesting stories he might want to write about – Edward Snowden was just one of them.

Snowden would constantly ask Greenwald to use encryption keys, sending links to tutorial videos that explained how to use secure software – with the pseudonym Cincinnatus – which Glenn shrugged off as he was focusing on other stories.

Snowden then turned to Laura Poitras, a documentary filmmaker who also takes a keen interest in national security.

Laura already knew Glenn and asked him to take a look at Snowden’s work. Greenwald agreed and this resulted in Snowden sending over files.

Three major documents revealed that, firstly, the NSA collected data from the phone company, Verizon, spying on millions of people’s phone calls. This garnered a large amount of attention.

One day later, another document was published; this one showcased how President Obama ordered a list to be created of the countries that were likely to carry out a cyber attack on the U.S.

Lastly, the third document reported that popular sites like Facebook and Google were also providing personal information about their users to the NSA.

Before Greenwald broke one of the biggest stories since Watergate, he used to run his own litigation company; practising as a lawyer.

He did this for more than ten years, but after realising that he wanted to pursue something different Greenwald started a blog called Unclaimed Territory.

Greenwald reported and investigated the Plame affair, which involved journalist Robert Novak of the Washington Post. When Novak revealed that Valerie Plame was an undercover CIA agent, this led to immense media coverage.

“They just wrote down what the government told them to say and printed it.”
Glenn Greewald

Ultimately Greenwald’s blog proved to be widely popular and this resulted in Salon, an online magazine, noticing and making him a contributing writer. After several years of work for the Salon Greenwald joined The Guardian in 2012.

After a brief introduction we start with Snowden. I ask about the reaction he expected before he published the files with The Guardian.

“We kind of expected that a significant obstacle that we were going to have to overcome would be that a large part of the US government’s media would side with the government, and view the journalism we were doing as something bad or threatening, and of course that did happen to some extent but there was also a lot of support for the journalism we were doing among other journalists”.

For instance, Fox News analyst Ralph Peters argued that Snowden was a traitor who wanted to emulate the fame of the reality stars the Kardashians. He also called for the death penalty to be brought back for Snowden.

On the other hand, a journalist for The Huffington Post wrote about the positive effect Snowden’s leaks had such as President Obama admitting that “there would be no surveillance debate without Snowden”. 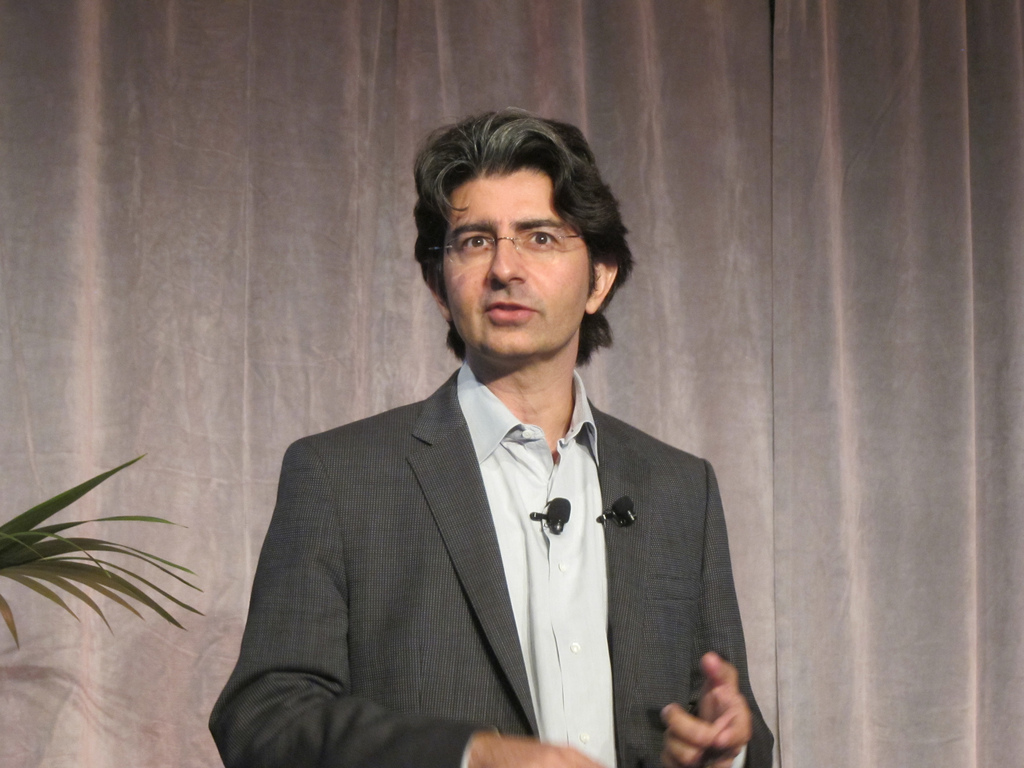 A study by The British Security Industry Authority revealed that there is one surveillance camera for every eleven people in the UK.

Mass surveillance is used as a tool to prevent crime, especially terrorism. Greenwald believes that the British take an unusually positive view of surveillance, claiming that we have what he calls an “authoritarian political culture”. He says that the British media was the most hostile to the Snowden revelations.

“The British public seems to be far more excited about being spied on by their own government, than pretty much any other population of the world”.

Recently, in the UK, the issue of privacy was reignited when the police service tweeted an overhead picture, taken from a helicopter, capturing comedian Michael McIntyre walking down a London street in the summer. the tweet was deleted shortly after.

Greenwald continues to express his dissatisfaction with the British media and the way they dealt with the Snowden controversy claiming that they were the “most hostile to the reporting” and that the government was the “most extreme in their attacks” on the journalism he carried out.

The Snowden leaks thrust the issue of surveillance to the forefront of daily conversation; this became known as the ‘Snowden effect’.

Understandably Greenwald was excited by this and found a new outlet in his investigative journalism career, one that he had been devoted to for a long time, focusing on scrutiny and institutional deviance committed by the government.

This gave an avenue for “original, independent journalism” explained Pierre Omidyar who is the founder of Ebay and First Look Media (FLM), a company that aims to bring “citizenry” news to the forefront.

“We [The Intercept] are trying to innovate ways to make it so that sources can leak to us without detection.”
Glenn Greewald

One of the first creations of First Look Media was The Intercept – a new online media platform reporting aggressively on social matters and highlighting the importance of journalism acting as the fourth estate.

“One of the things we [The Intercept] set out to do, was to be a little bit more aggressive about challenging the government and being adversarial with the government – rather than just going to government sources and printing what they say”, Greenwald says.

However, the formation of The Intercept did not come without criticism. Ed Pilkington of The Guardian stated that Omidyar’s involvement in the new venture might be a problem, as Omidyar was solely funding the project with $250 million of his own money. This brought suspicion. Would The Intercept team really have journalistic freedom?

Greenwald stressed the importance of The Intercept and how it plays a vital role in the current medium, telling Artefact: “we are trying to innovate ways to make it so that sources can leak to us without detection – with more confidentiality, given how aggressive the US government has been in punishing people who disclose information.”

We then went on to talk about unofficial sources, as The Intercept uses them heavily, it receives new leaks from anonymous senders constantly.

Many journalists are suspicious of this reliance on anonymous sources but Greenwald argues that it is the only way to ensure that essential information comes to light, claiming that “they are critical.” 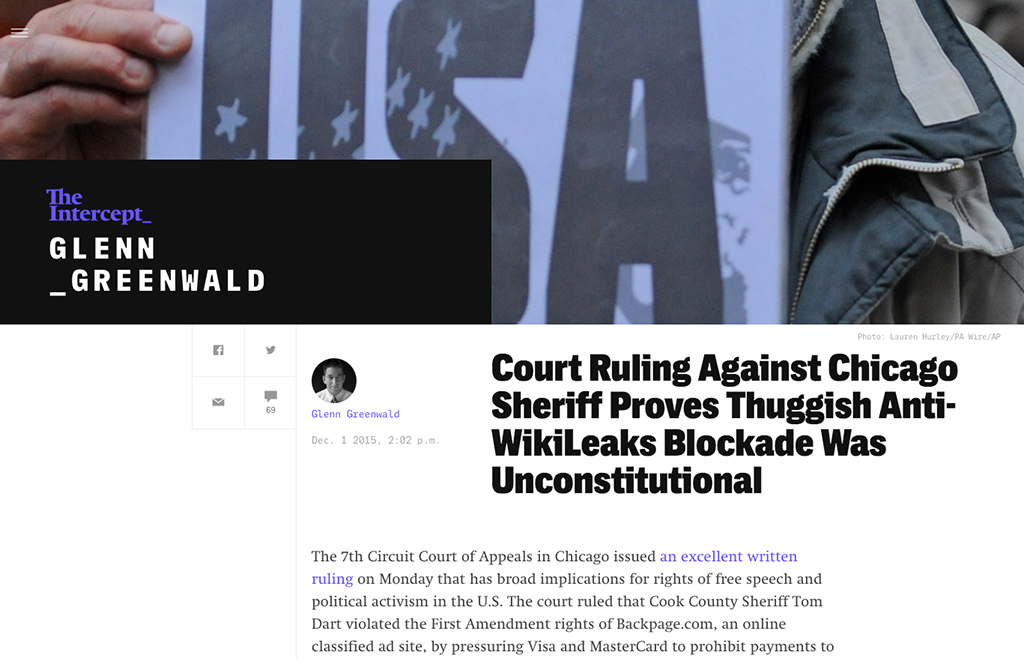 On that morning the latest story on the front page of The Intercept was that the United Nations released a statement in support of whistleblowers, it stated that they should be protected.

We asked Greenwald what his thoughts on the UN’s latest endeavour as peacekeeper: “the UN is just used as a weapon by the most powerful countries against smaller, less powerful countries they want to try and manipulate and control”.

Greenwald argues that even though the UN is trying to fulfil its role as a peacekeeper, “the US is certainly not going to be limited or restricted by what the UN says”.

Hilary Clinton said that the documents Snowden leaked helped terrorists. Greenwald disagrees with this and says that “there’s absolutely no evidence, whatsoever” and that the government was trying to scare people, creating this false idea that Snowden was helping the “bad people try and kill”.

However, the CIA recently said that Snowden’s revelations made it easier for Daesh/ISIL members to plot the recent Paris terror attacks that killed 132 people.

The CIA said that government could not detect any suspicious activity leading to the attacks which took months of planning, and could have been stopped, even though little evidence has been found that the terrorists involved in the Paris attacks used any encrypted communications at all.

In June this year The Sunday Times published an article stating that Russia and China benefitted from the Snowden leaks, resulting in MI6 having to retreat from high security operations.

The article’s credibility was questioned by Greenwald as he argued that papers that do what the government tells them undermine journalism.

“The Sunday Times was told by British government officials that both Russia and China had obtained access to the Snowden archive and The Sunday Times just mindlessly went and printed it, and as it turned out even they then admitted that they didn’t have any idea whether it was true. They just wrote down what the government told them to say and printed it and in fact not only was there no evidence for it, it was clearly not the case”.

When Greenwald is not writing about national security issues he has turned his hand to producing short films.

I’ve heard that Greenwald has a number of dogs, I ask him how many, he replies “we count two of them as foster dogs – but yeah, 16 – currently”. Many people might consider 16 to be too much of a responsibility, but for Greenwald, an avid animal rights activist, it is a joy.

Birdie and Karollyne are two films that follow the lives of Anderson Bernardes Carneiro, also called Birdie, and a transgender woman called Karollyne, who both live on the bustling streets of Rio de Janeiro. The film follows the idea of companionship, exploring human and dog interaction.

Greenwald said, “I think [the films] give a huge amount of insight into the human capacity for empathy and self-sacrifice, generosity, and kindness – that even people in the most severe stage of deprivation will sacrifice for another being that they love”.

It is sometimes thought that homeless people’s dogs are hungry and burdened by the unfortunate circumstance of their owner.

However, Birdie and Karollyne showcase that the dog always comes first, highlighting the devotion and care these dogs receive from owners who have very little.

In an interview with The Intercept, Heloisa Passos who directed the films said Birdie and Karollyne are members of a community who are “invisible”; people that nobody listens to.

Greenwald added “I think it tells us a lot about how dogs are and why that relationship with dogs and humans are so mutually fulfilling and mostly this is something which mostly affected me a lot, in terms of how I think about things [such as] my emotional and psychological outlook on a lot of issues and so it was just an opportunity to share with the world things that I had been seeing that I thought were really profound”.

You can watch Birdie and Karollyne online.