Video games, once the pastime of a small group of committed enthusiasts, are now officially Britain’s most lucrative entertainment industry.

It has been this way since 2008, when the country’s video game industry achieved annual sales of £4 billion, more than DVD and music sales combined and four times more than box office takings for films.

Since then, the industry has flourished, with its combined software and hardware sales growing every year as an ever-increasing number of people spend their money on video games across a multitude of platforms.

While this surge in popularity is interesting and exciting for all involved, one of the most intriguing elements of the rise of video games is the increasing number of gamers who are turning away from multi-million pound blockbusters and getting into a flourishing independent movement.

But why is this happening, and what does it mean for the future of the video games industry as a whole?

Go into any large entertainment retailer or supermarket and you will find yourself surrounded by popular video games commonly referred to as AAAs, these are the titles that enjoy the largest development budgets and biggest backing from major companies.

Well-known franchises such as Halo, Call of Duty, and Grand Theft Auto are all good examples of AAA productions that boast millions of pounds of financial backing, both in the development stage and when it comes to promotion and marketing.

While common sense would dictate that, when compared with video games that are created by independent development teams, these products dominate the global market; the truth is that this is not entirely the case. 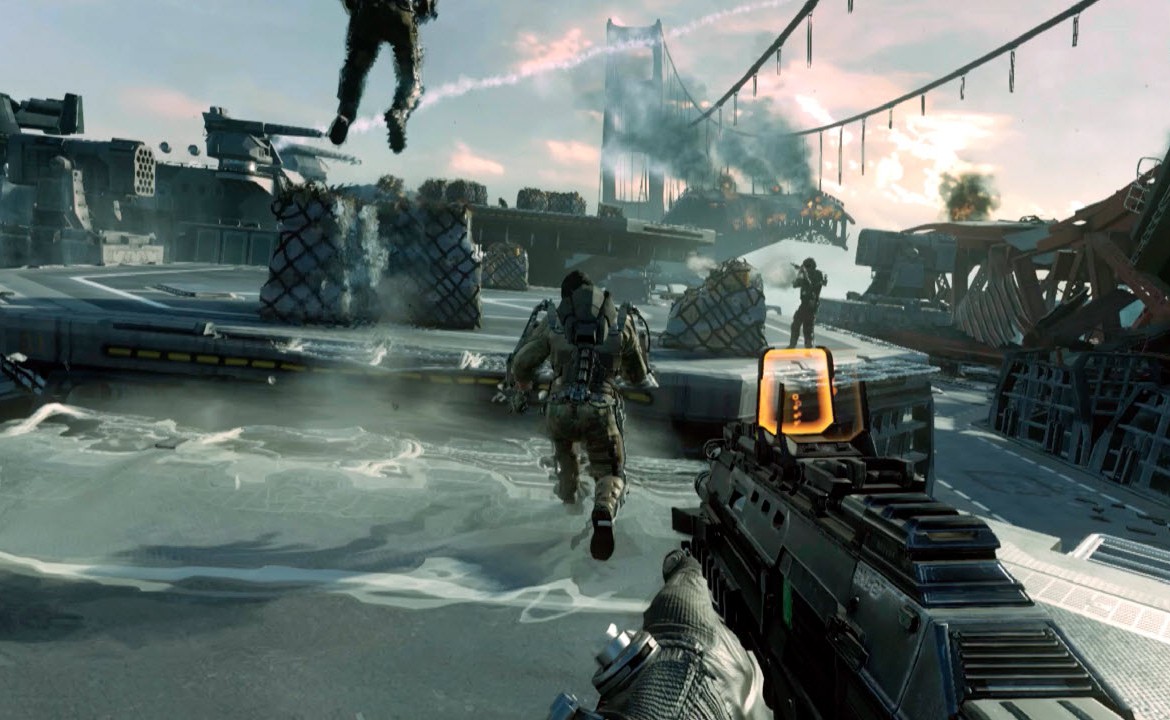 Call of Duty: Advanced Warfare was one of the biggest selling AAA video games of 2014. [BagoGames]

While AAA video games prove to be consistently popular due to their superior wealth and high production value, independent titles have grown increasingly popular in recent years and are starting to enjoy household recognition.

Independent video games such as Angry Birds, Flappy Bird, and, most notably, Minecraft have made a huge impact on the industry, and all were produced by small, independent teams with little to no financial backing.

The company that created the latter, Mojang Studios, proved to be so lucrative due to the popularity of Minecraft that it was eventually acquired by Microsoft for $2.5 billion.

21st-century independent video games proudly hark back to the earliest years of the medium; when the first popular titles started to receive mainstream attention in the early 1970s, the vast majority of them were created by small teams of developers, a significant proportion of whom were cooped up in small basements or garages inside their homes.

As video games were just starting out and the technology was somewhat primitive, it allowed these teams to be able to create simple, fun, and entertaining titles that were easily constructed by groups that usually numbered less than ten.

As they became more popular and the technology behind them more sophisticated, video game company sizes grew in proportion.

[pullquote align=”right”]“Indie games go in every direction, and it’s exciting as hell.”
Derek Yu[/pullquote]Companies such as Nintendo, Capcom, and Konami grew to monumental sizes as they started to dominate an increasingly lucrative market.

Their growth resulted in them becoming multinational companies with countless subsidiaries – by 2000, Nintendo, arguably the biggest of the three, had over 3,000 staff members.

As the products of large companies became centrepieces in homes across the globe, the space in the market for independent developers diminished substantially, leaving many unable to create titles without the backing of a larger company or financier.

One of the biggest problems that plagued independent developers in the early days was the issue of distribution.

Small companies would have to try and get a publishing deal with a larger organisation in order to get the funding needed to create and release their titles.

This could result in difficult time schedules being placed on small teams or, as could often proved to be the case, unwanted creative interference from the publisher.

That has all changed in the 21st century, and with the rise of the internet has come new opportunities.

Websites such as Kickstarter and Indiegogo have proven to be a blessing for independent developers, allowing them to showcase prototypes of their products during the development stage while simultaneously gauging the reaction of potential customers and investors.

The boost for independent developers is staggering: in 2014, Kingdom Come: Deliverance, a role-playing video game created by Prague-based Warhorse Studios attracted more than £1.1 million funding through Kickstarter alone, with more than 35,000 people choosing to back the ambitious project, even though the game itself won’t launch until 2016.

“Back in the 90s when you wanted your game to be published, there was no other way to bring it to your players than through publishers.

“If you were not able to secure yourself a publishing deal, there was no game. That’s why I think that Kickstarter completely changed the way that games are developed and delivered to the players, and I think that this is a great change.” 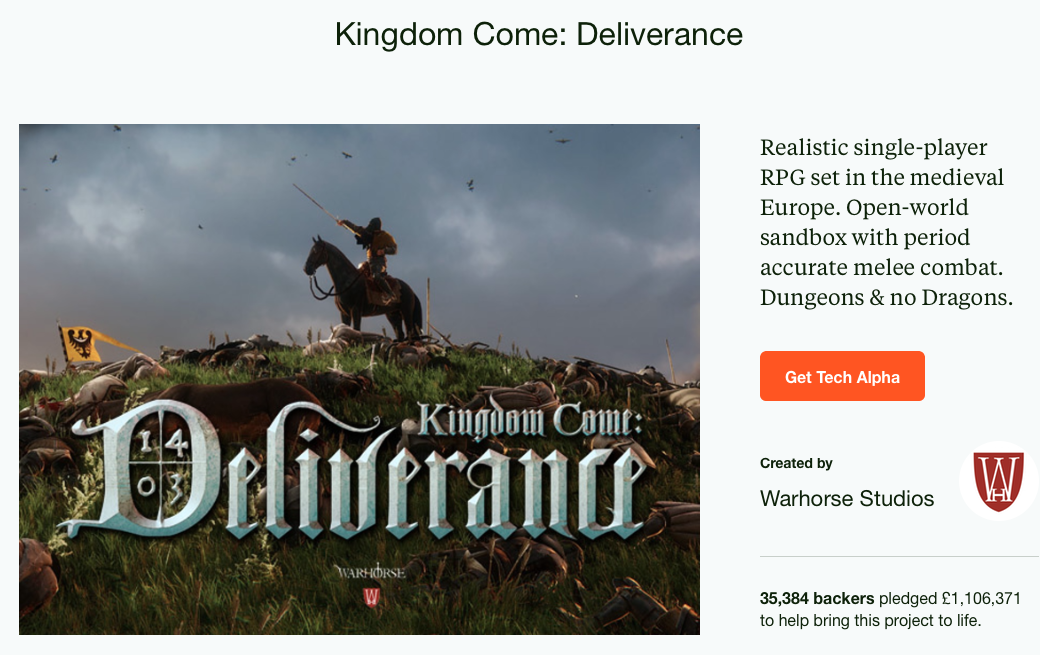 Independent developers have also benefitted from the wide range of devices now used to play video games, as well as the rise of the “casual” gamer.

Mobile-based titles such as Angry Birds and Farmville continue to be hugely popular, and their easy-to-use controls and addictive gameplay have resulted in them being played by people who may not normally view themselves as video game players.

In Britain alone, an estimated 20 million people play mobile video games at least once a month, with 6.2 million playing every day.

The ability for independent video games to share the same marketplace as AAA titles has also resulted in their popularity growing, as gamers that were previously drawn to commercial productions now see little distinction between a multimillion pound project and a game created by one person in their bedroom.

By occupying the same market and battling on similar terms, independent developers have had to improve their products in a bid to attract more customers, which has the added bonus of raising the quality of independent video games as a whole.

Digital distribution platforms such as Steam have not only allowed small titles to compete directly with the industry’s major players but have also presented independent developers with a cheap and effective medium through which they can sell their products.

Gone are the days when they would have had to rely on lucrative publishing deals or replies to hopeful advertisements in magazines, as Steam and other online distribution platforms, such as Xbox’s Live Arcade and the PlayStation Network, are an easy way for independent developers to immediately market their titles to millions of potential customers.

Its creator, Steve Hunt, singlehandedly created and released the game after losing his job with a major development studio, and in the first three years after its release he made $2 million from sales, with 70 per cent of that coming directly from Steam.

Not only has Steam presented him with a lucrative market on which he can sell his product, but he believes that the respect and guidance given to him by Valve, the creators of Steam, has also been a significant help to both him and other independent developers.

“It’s easy to see how successful you can be if you get on Steam, [but] Steam sales are not just the only thing that Valve do well,” he explains in a blog post written about Beat Hazard’s success.

“I feel that a big part of their success is how well they treat their developers. They treat you with respect and you’re allowed to make your own mistakes and are free to sort it out when you do.”

This ability for independent developers to learn by doing has proven to be one of the main motivators for both players and creators.

Mirroring one of the problems faced by the arts industry as a whole, an increasing number of AAA titles have been criticised for their reluctance to experiment with their products.

Independent developers, on the other hand, are not driven by money and sales concerns, so they’re able to put more time into creating interesting video games that push boundaries and set themselves apart from their competitors. 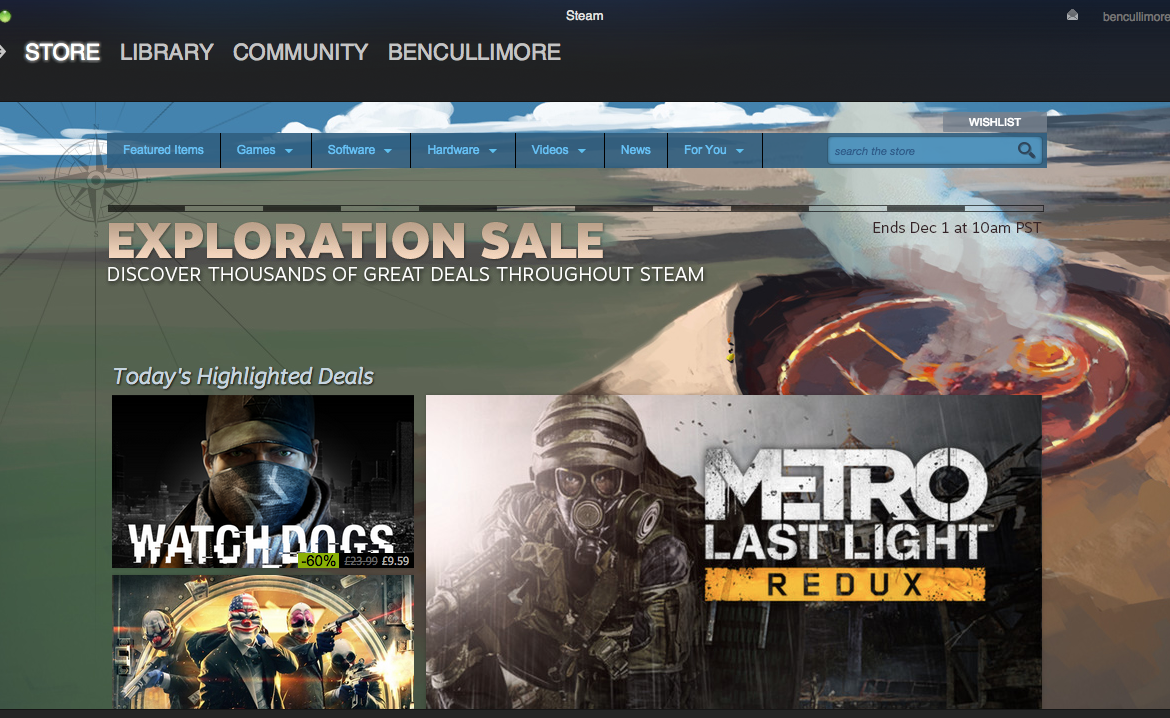 Andy Schatz, an independent designer and host of the annual Independent Games Festival, believes this freedom is one of the main reasons why independent developers are enjoying a sustained growth in popularity.

“The indie game movement is the most important transition this industry has seen since the rise of the internet,” he said.

“Indie games have spurred the growth of technology that has allowed serious games and persuasive games to be created.

“They are the only games that simultaneously satisfy the gourmand, the casual gamer and the revolutionary.”

“For the mainstream industry, everything goes in one direction: bigger, shinier, 3D-ier. Indie games go in every direction, and it’s exciting as hell.”

There is no doubt that the rise of independent video games is the start of something big, and their future looks incredibly bright.

With marketing costing as little as it ever has and independent developers now able to fight directly alongside multimillion pound titles, the conditions are perfect for independent video games to increase their popularity.

This also means that it’s now just a matter of time before the next Minecraft takes the world by storm.