The Saatchi Gallery recently celebrated its thirtieth birthday and decided put on their first-ever all-female exhibition.

A cast of 14 emerging international female artists aged 25 to 59, including Mequitta Ahuja and Alice Anderson considered what it means to be a female artist working today.

There is a touch of irony to the title of the exhibition – The Champagne Life – taken from a work by exhibiting artist Julia Wachtel and the fact that it’s also sponsored by champagne manufacturer Pommery.

Set up on three levels, the artists’ work are all display beautifully and spaced allowing each of artists’ work to have their individual spotlight.

A personal favourite is Soheila Sokhanvari’s Moje Sabz, which takes the form of a stuffed donkey on top of an inflated blob of fibreglass and Stephanie Quayle’s Lion man which is made from air- hardening clay. 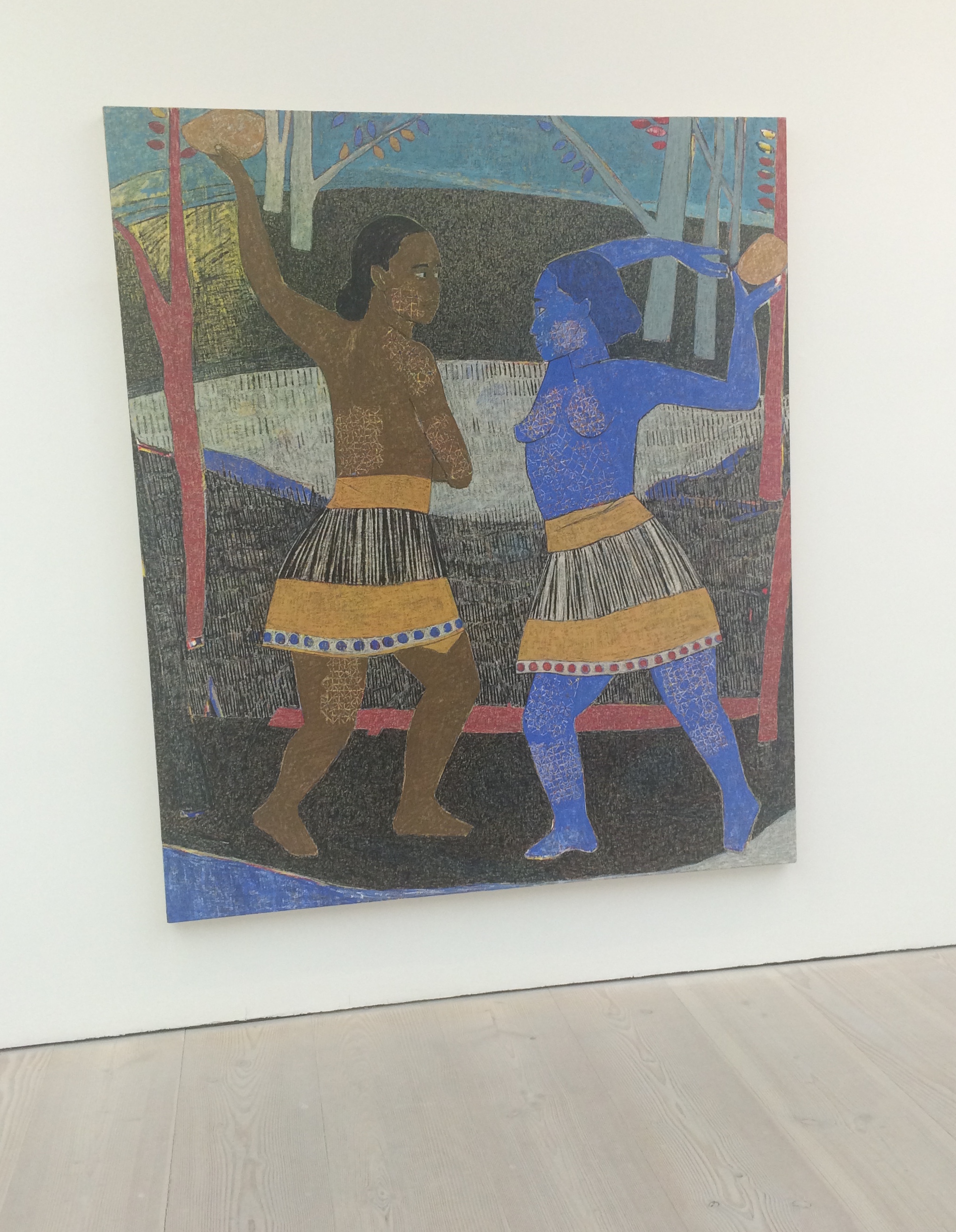 When we think of art it is normally the names of men that pop up in our minds – Leonardo Da Vinci, Pablo Picasso, Michelangelo, Vincent Van Gogh to name a few.

Inequality for women in the arts has become something of “elephant in the room” — an underlying issue that the institution is dedicated to confronting, but isn’t always addressed directly.

Throughout history, men have dominated the arts, and in particular of the visual kind. Women can easily be found as the muse or subject of the art work but not so much as the artists of the work.

So if women are really ‘equal’ to men, why are there so few great women artists? Although we acknowledge that there are some great female artist’s such as like Tracey Emin, Georgia O’Keeffe and Marlene Dumas but compared to male artists, it is really equal?

Author Virginia Woolf is often mis-quoted as saying: “For most of history, Anonymous was a woman”, although effectively that was the point she was making, so why didn’t women have the same platform as men?

Arts educator Leslie Wills sheds some light on this issues and believes the arts industry is not as good as it could be: “I think women artists are taken for granted. They are always designated to certain areas like design and crafts and they are not thought of or valued as fine artists.

“Saying that women have gained some acknowledge from the past, women were seen as housewife satisfaction. As for being successful financially, that is something that’s hard to quantify. I doubt whether women artists are successful finically.”

But the question is why aren’t women valued enough?

Even though we do see galleries like the Saatchi gallery that have women artists’ work spotlighted, it’s not enough. The majority of venues continue to privilege the work of male artist. So why is it that women artists are being left behind.

An audit of the art world shows that every artist in the top 100 auction sales last year was a man, and just eight per cent of public art in central London is created by women.

According to The East London Fawcett group, the UK’s leading campaign for equality between men and women, of 134 commercial galleries in London, which collectively represent 3163 artists:

While the statistics reveal that women artists in London are still outnumbered by their better-paid male counterparts, there is at least an improvement on the situation for women artists forty years ago.

Artefact recently caught up with full time artist Evar Hissanyi, 22 from London to see what she thinks about this problem.

She believes that the art industry in general is very white and for the privileged. “I’d say there are a lot of artists who are left in the background who we don’t hear about who don’t get the same sort of platform or opportunities simply because of where they are from; ethnicity or class, especially women.”

When asked about asked about the equality between men and women’s art work showcased in art galleries, she believed “a lot of exhibitions and galleries are mainly for men by men and there is a very obvious sort of imbalance, women don’t get the same attention when they do, it’s mainly like artist who have been around for years and years. It’s about chance as well, for example women who come from the Middle East, Africa, South America and Asia, its very rare there is not a high percentage of women who have that platform in arts.” 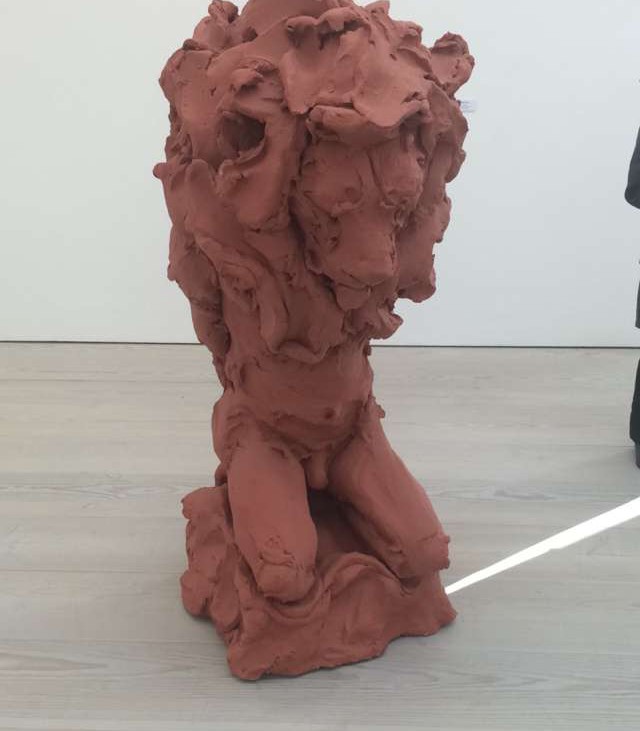 She goes on to talk about her inspirations as a child ranging from Ana Mendieta to Tracy Emin. “I was lucky enough to have female inspirations like them and found them to be fearlessness, motivating and their work very captivating and challenging. Both are very controversial too which I love and try to be.”

Evar describes how she feels about the current atmosphere in the arts industry: “I do think its slightly changed because you get art exhibitions focused on women but a lot of these exhibitions are solely focused a theme of feminism and gender based oppression which is fine I guess because one of the main thing women have to deal with as well as race class and others forms of prejudice so its like another form to use to express themselves. I think its beginning to change slowly though we still have a long way to go.”

When asked about the progress women have made so far in the arts industry, Evar considered that “in terms of success and pay, its very much down to luck, chance and opportunity but obviously not everybody has the same opportunities. You get really hard working women who go to studios everyday, full time artists who are working day and night to express them selves in their art work not even just  artists’, in the creative industry you have graphic designers, curators, art directors, producers installation, events managing within the arts industry… Its still very similar to the corporate world where women don’t get paid as much as men and that’s always going to be an issue until its sort of fixes its self in every other industry and that way it will have the same effect in the arts industry as well. Regardless of success and pay, I do think there has been progress because women are more becoming rifle in the art industry and how they are represented they are all becoming more sex and gender equal.” 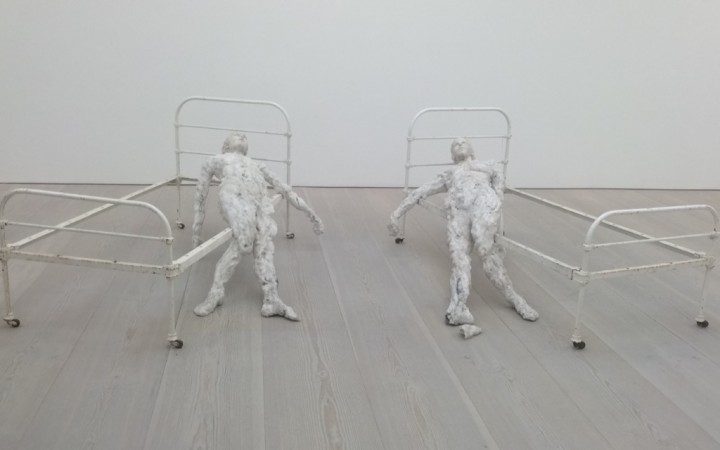 In her five years as an artist, Evar has definitely come across a lot of difficulties in the art industry. “Being from an Middle Eastern background and as a female artist its just very difficult to be taken seriously, it’s the same, there is not a platform for female Middle Eastern artists, at all and its to do with how well you are known and if your having difficulties, its hard to get opportunities. I’ve been painting for seven years and I’ve been in two exhibitions and each one has been a case of I’ve been the youngest artists and everyone is much older then I am and for them its there first or second exhibition as well and it just shows how hard it takes for women and women of colour to get themselves out there… I think for myself it’s more to do with my own doings, so I try to have an online presence as much as possible like Instagram, twitter and my own website. I’m trying to figure out marketing techniques to get myself out there, so I don’t have to relay on anyone.”

To end on a slight positive, Evar does consider that people are “now recognising and understanding that there is a problem and are trying to change that” which is good. She does note that just like every other industry its “harder for women and its just down to chance and its not as easy for women against men.”

Will the continued imbalance of gender representation within the arts still be an issues in years to come or will there be some light at the end of the tunnel and some much needed change?

Featured image by Guerrilla Girls courtesy of the National Museum of Women in the Arts.