Exploring Life in a Throuple 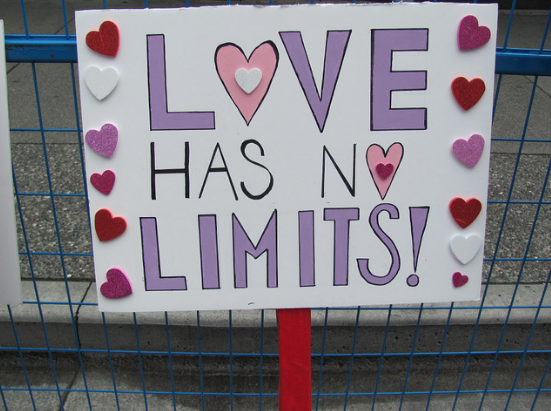 Modern dating seems to be getting more and more complex. With dating apps such as Tinder and Grindr taking over from the more traditional dating websites, it seems that appearances are more important than personalities.

As Tinder works to find matches within your chosen radius, there is always a slight worry that you might match with the same person as your friend, thus slightly affecting your chances of meeting the “one” and ensuring jealousy for both parties.

But what if there was an opportunity to both be in a relationship and work on said jealousy issues?

For many in open relationships, life in a three-way can help everyone to be more open-minded and honest. Who wouldn’t want that?

The idea of liking more than one person at once can be an alien concept to a lot of people, but within polyamory, the focus is not on liking one person more than the other, but recognising compelling qualities in a number of people on an equal level.

Michael Burrows, a sexual health advisor, spoke to me about the growing number of patients he sees who are in a throuple.

“I have a few patients in open relationships who come to me for advice along with their partners,” he said. “A common misconception of polyamory seems to be that it’s purely sexual, but like any other relationship, it’s about forming a unique and understanding bond with your partners”.

I spoke to Billy, an events organiser who lives in Manchester with his two boyfriends as a throuple.

Billy was in an open relationship with his boyfriend Dom at the time of meeting Danny.

After explaining to Dom that Danny had asked him on a date, Billy set up a lunch date for the three of them to get to know each other, and having hit it off instantly, the three became a throuple.

“When we came out as a throuple, a few people were confused about it, but as soon as they see us all together they totally get it and are usually quite jealous,” he said.

I asked Billy about the difficulties or challenges they may have encountered when starting the relationship.

“In the beginning there were some jealousy issues because I had to work a lot and so would miss out on a lot of time that Danny and Dom would get to spend together.

But this is why communication is key otherwise the jealousy will consume you! We’ve since moved in together which is helping things a lot more because I know I’ll get to see them both everyday.”

Balancing your time well is the key to any successful relationship, but is perhaps even more important in a polyamorous relationship where more than one partner is involved.

Billy accredits one-on-one time with each partner to the success of the throuple.

“Finding things that you and your partners have in common are a good way of working on these 1-1 relationships,” he added.

“For example, me and Danny went to the theatre for one of our first dates, but Dom hates musicals.

But Danny and Dom, love watching horror movies, but I hate it, so that’s something they can do as a pair. This also takes a huge amount of pressure of us, as I can just do my own thing whilst they’re watching a movie.”

In terms of the pros of entering into a polyamorous relationship, the positive aspects of are it are double the fun.

Sex and intimacy with two partners can often mean that all of your needs are met, allowing each partner to contribute something new and different the relationship.

Emotionally, you have the advice, support and love of two people, meaning you’re more open to new kinds of communication.

Having an extra person involved means that in order for the relationship to thrive, everyone involved needs to be open and honest with one another. Equally you have another person to turn to when the other is sick of your drama.

Polyamorous relationships, however, are not for everyone. For those who are not willing to face their insecurities, fretting over whether your partner prefers your other partner, or worrying about them being more attractive/ funnier/ smarter than you, will ultimately end in the demise of the relationship.

Although life in a throuple encourages you to face your jealousy issues and ultimately overcome them, for a lot of people this could be a challenge too far.

Additionally, for these relationships to truly thrive, you must share in your partner’s happiness. Mutual respect for one another is the key to a successful polyamorous relationship, but who decides when it’s gone too far?

Polyamorous relationships vary like any other relationship, some couples or individuals may have multiple other partners but may not want to enter a throuple, some choose to keep their partners separate from a partner they perhaps live with or are married too. These choices are all subjective to the individuals.

I spoke to James, an architecture student, who unlike Billy, joined a couple in order to make a throuple, but it didn’t work out.

“When I entered the relationship, both Stephen and Liam had already been a couple for around eight months,” he said. “I met them in my first year at university so balancing my work with my social life and the relationship was pretty hard”.

I asked him whether he felt he had any problems fitting into the throuple with a couple who had known each other longer than they’d known him.

“At first, no, apart from finding the time to spend with each other there weren’t any jealousy issues but about three months into our relationship, Stephen and Liam moved into together meaning they were together a lot and uni meant I couldn’t see them as much,” he said.

After five months spent as a throuple, James decided to leave the relationship. “It was a mutual thing in the end, we had a great time together but I’m not sure I was ready for a polyamorous relationship”.

Although there are multiple pros and cons, polyamorous relationships for like-minded people seem highly beneficial.

There are less restraints and pressures to be anyone other than yourself in a polyamorous relationship, particularly as honesty and communication are key to the success of you and your partners.

Once you can push past the boundaries of dating as you currently know it, and you’ve detoxed all of the jealousy that once plagued your monogamous ways, maybe an open relationship could be for you, and with Valentine’s not far away, you’ll get double the presents.