The trials and tribulations of a cosplay community

The popularisation of the internet triggered an ovation for an astonishing number of communities. The new system of group-forming prompted an intrinsic union of hobbyists, professionals and belief sharers capable of expanding their interests and turning them into viable career paths and full-time occupations.

If the emersion of e-sports and the $70.8 billion video game market has taught us anything, it’s that the reclusive connotations once attached to the artistry behind gaming, anime, manga and comic illustration are long gone.

In it’s place is one of the biggest global markets capable of drawing in as many as 32 million viewers for this years League Of Legends World Championship Finals in Berlin.

Whilst there is of course continued negative media put towards the gaming community both in the media and in the public voice, including Jimmy Kimmel’s ridicule of the Let’s Play craze taking over Youtube, there is a substantial ignorance of the emerging art of Kosopure, commonly known as ‘Cosplay’. 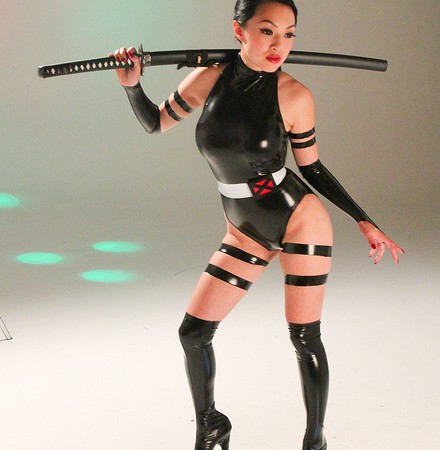 A combination of the words ‘costume’ and ‘play’ the idea of dressing up as your favourite character reportedly began when Forrest J. Ackerman, the founder of the science fiction fandom, dressed in a futurist robotic costume in 1939 during the first World Science Fiction Convention.

What began as a respectful homage to Ackermans favourite type of character morphed through the artistic boom of the late 20th and 21st century into what is now one of the fastest growing markets on the planet.

Popularised in Japan due to the booming anime and manga community that emerged in the 90s through shows like Pokemon and Dragonballz and then adopted by the Western market, Cosplay has found it’s global epicentre at the San Diego Convention Centre where the annual Comic-Con is held every year.

Beginning in 1970 Comic-Con has now spread to places as far as Portugal, Indonesia and the UK, where the latter received an attendance of 130,560 people over it’s October weekend in 2015.

It is undeniable that the cosplay community is expanding to a size comparable to the gaming community. Cosplayers such as Jessica Nigri and Yaya Han have as many as three million Facebook followers and make well into triple figures through meet and greets, sponsorships and merchandise. 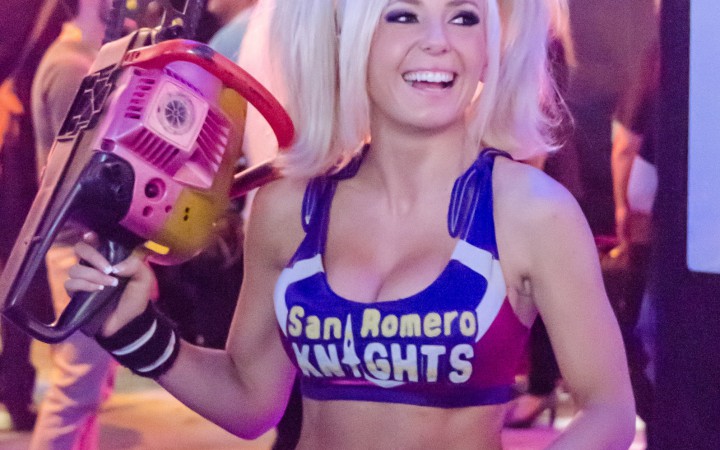 There is a solid business model established by cosplayers and they’re inspiring youthful hobbyists to not give up on their obsession and instead establish an economical plan.

Despite all of this, there’s a controversy that has followed this culture since its infancy.

The sexualisation of certain characters and the strongly female-pioneered craft have made cosplay an easy target in online communities where forums like Reddit and 4Chan create a breeding ground for uneducated hatred.

In the past year sexual equality and feminism awareness have risen exponentially due to online campaigns such as HeForShe which inspire members of each sex to remove any preconceived interpretations of gender roles, and in it’s place allow an open space for all genders and sexualities to be unbound from their pigeonholed duty. 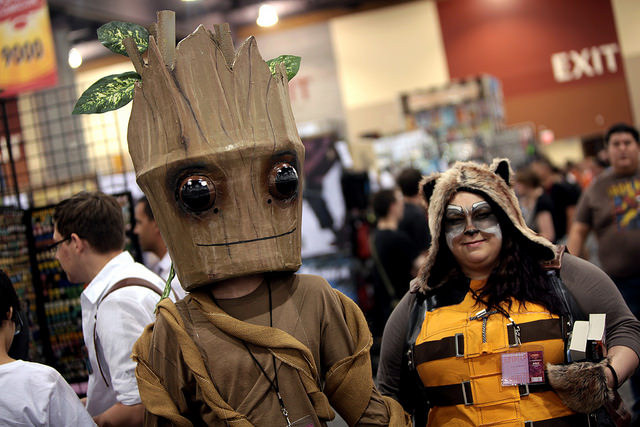 Whilst some use this ideology to allow both men and women to express themselves freely whether that form of expression is conventionally respectful or not, others, including cosplay purists, believe that the focus on sexuality in cosplay is demeaning to a gender and setting back the aims of feminism.

It’s easy to understand a concern. Like most art forms given a face, special attention is paid to the conventionally more appealing cosplayers who are in turn given the responsibility of representing their culture.

Talking again about Jessica Nigri, the undisputed queen of cosplay, there are many people who disagree with the way she presents herself. Her sexually-charged costumes that revolve around her chest and occasional lingerie shoots maintain a heavily outspoken male fandom whose misogynistic feedback conditions the public into believing all cosplay fans are attention starved, insatiably aroused men. 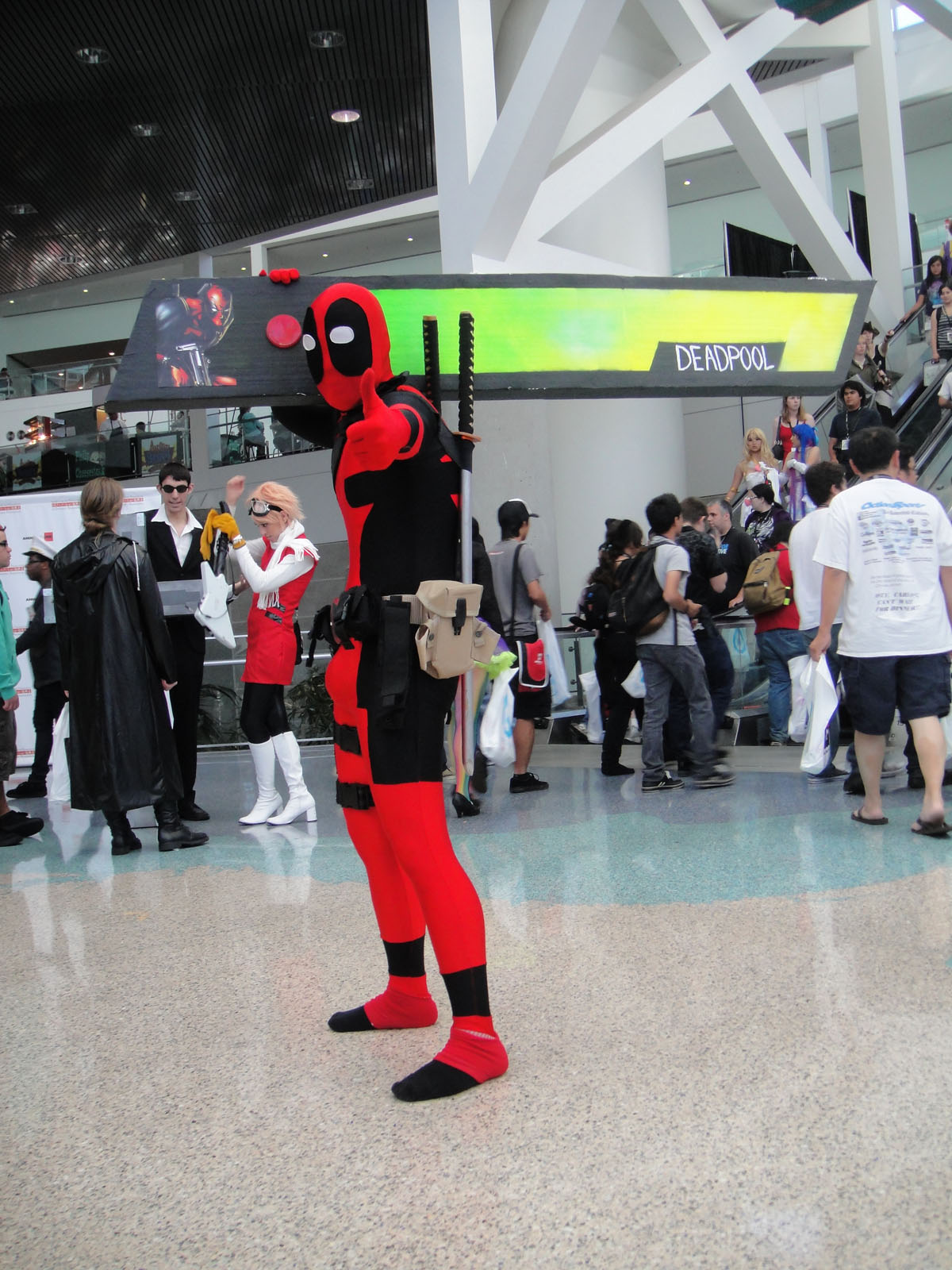 From a first glance it’s understandable to assume that’s all there is to it. You see a picture of a blonde-haired girl with big curves and a tiny waist wearing a yellow tube top and hot pants that used to resemble a Pikachu costume and you assume it’s a cheap cop-out to get some attention. Well there are many examples and initiatives that are disproving this. Harley’s Joker, Danquish and D-Piddy are just three of a multitude of exceptionally talented male cosplayers. Many work as prop-makers and supply costumes for other artists, although pull off amazing renditions of their favourite characters.

The growing number of male cosplayers speaks volume about the changes occurring in the cosplay community. Contrary to popular belief, this is a unisex profession, and these cosplayers don’t use sex appeal, they don’t abuse publicity and they don’t perform cosplay for anything more than love of the art.

This being said, there are so many female cosplayers who don’t rely on promiscuous debauchery in order to amass a fandom. The main problem with cosplay is not the sexualisation of characters portrayal or even character creation.

It’s embedded into the shallowness of human character.

As much as we want to support the cosplayer who spends six months creating a fully automated Iron Man outfit, the more shocking and ultimately sexy costumes are going to garnish the majority of attention, and people cash in on this.

Both male and female sexuality plays a large part in comic art. From Wonder Woman to Juggernaut, characters are created through an imaginative process, and in this process things are exaggerated in order to make these characters memorable. We can’t shun those who wish to truly mimic a character they love.

The true problems in cosplay aren’t occurring on face level, it’s the emotional and physical attacks occurring that are shaking the fabrics of what is a celebration of the human form.

In Manchester at the 2014 Comic-Con an autistic man dressed as a character from Assassin’s Creed was beaten unconscious outside of his hotel on the way to the convention, earlier this year a cosplayer was attacked outside the Novotel on his way back from London MCM Comic-Con in October, and earlier that month a Predator cosplayer performing outside the Bull Ring was maliciously pushed onto a child.

‘I Cosplay’ is an anti-bullying campaign established in early 2014 to end abuse towards cosplay and within it. The organisation sets up stalls at various events and spreads awareness of the anti-bullying movement that has amassed almost 6,000 Facebook likes and receives volunteered help and donations from the public.

In their mission statement, the organisation state that “[a]nti-social behaviour including bullying is an unwanted but inevitable part of today’s life. Whether it is an internet troll on a social media site or someone using offensive language at an event. We also cannot ignore that physical and sexual assaults can happen too.”

‘Cosplay is NOT Consent’ is a Facebook group which began in 2013. The group focusses on sharing information in order to help younger and less experienced cosplayers carry out their hobby without feeling unsafe. Stories about perverted photographers and personal accounts of sexual abuse are shared in a hope to force people to think more seriously about the way they cosplay. The truth is that as this craze has gained momentum, like most interests, it has acquired the darker side of business. There are those who abuse cosplayers in one way or another and it’s something that is tearing the cosplay community apart.

There’s a very real resistance to cosplay. It’s a stigma that has always been apparent, and due to media portrayal in shows like The Big Bang Theory and Beauty And The Geek, most people assume this is a craze for socially inept people with self-esteem issues and all sorts of emotional trauma. Whilst for many this is an escape from their anxiety or depression, that doesn’t mean it is supporting these conditions, it’s alleviating people from them. 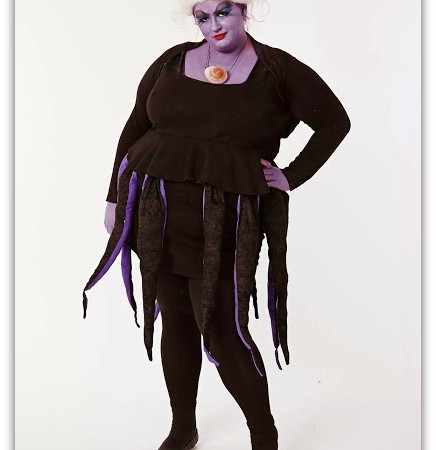 First Last Everything, an online blog, posted an article earlier in 2015 focussing on the therapeutic power of cosplay. Speaking to the website Ruth Hodgson, a 23-year old cosplayer from Scotland said “[c]onventions feel almost like a second home now, because everyone’s so understanding and will generally do anything to help people who are having a hard time. Being in that supportive environment definitely helps with my anxiety and depression.”

On cosplay.com, a forum thread titled “Cosplay And Depression” consists of many users stating their thanks to cosplay as a platform to heal themselves of their social anxiety and depression. User KnuxieChan claimed “cosplay does help me. I feel stronger when in costume.” and Are Arcanum says that “sewing itself is therapeutic… Each time I start the sewing machine up and sew that first seam… a sort of calm comes over me.”

Effyeahplussizecosplay is a blog established to emphasise the versatility of cosplay. The site focusses on ‘plus size’ cosplayers who still rock their outfits as hard as everyone else.

Looking deep into this website you start to pull back the veils of bewilderment that cover cosplay. This is a celebration.

We are at a point in time where the celebration of curves on both men and women is growing. From MAC using a plus-size model for their campaign to successful models like Melinda Parish, the media is paving the way for a much more positive point of view on body-shape and it would appear as though cosplay is lending their hand in exactly this.

By Kimberley Winberg
7 Mins read
2022 is the year fashion brands are entering the NFT space, but this digital designer discusses how his early connection to fashion influenced his art as “The base of everything.”
Life

By Isis Flack
5 Mins read
The hospitality industry is currently facing a crisis. With more people speaking out about bullying, harassment, poor working conditions, and pay in the sector, the industry needs an image overhaul if it’s going to retain the workforce it desperately needs to survive.
Life

By Lucy Pemberton
7 Mins read
We profile one young woman who joined her family business and who is now thriving in a traditionally male-dominated industry.