A day in the life of a junior doctor 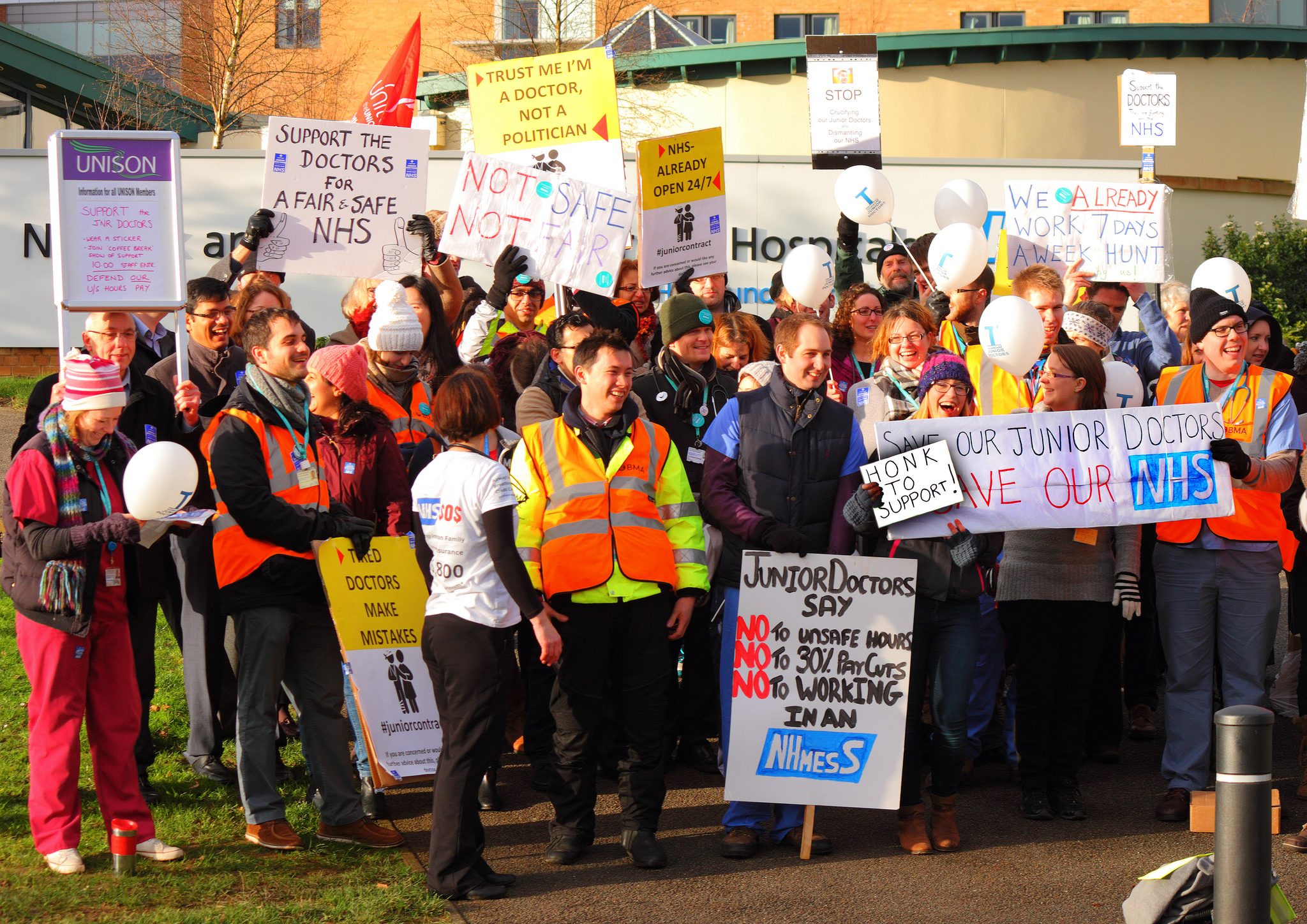 Tired, hungry and on the go are our first impressions of meeting doctor in training Raza Hassan.

He’s in the middle of his six-year specialist training to become a doctor for the Royal Free London NHS Trust – at 32, he is still working up the career ladder in his medical profession, but has already studied for nine years.

He sees a bleak future ahead for NHS workers: “There is going to be a brain drain from the whole country, people will leave the profession. It’s going to affect the system very much.”

Earlier this month, thousands of junior doctors left their wards and stood up to the government over the changes of the new contract, which would see a major change in junior doctors’ hours and pay.

According to NHS England the government plan to increase each basic pay by 11%, changing all contracts to a hourly rate – this might look good on paper, however the issue is due to the fact that this will see a complete cut of ‘freelance-like’ jobs, decreasing junior doctors weekend extra pay and increasing the amount of ‘normal working hours’ at baseline pay to include longer weekdays (7am-10pm).

Already, there are 55,000 junior doctors in England; according to the British Medical Association (BMA) 26,000 are members and 16,000 of them took strike action.

Hassan travels in between Barnet and Chase Farm hospitals daily, based in the borough of North London, and he explained to Artefact how the changes in contract are affecting the NHS and why he finds the new contract ‘unacceptable’.

“70% of medical graduates who are freshly graduating are leaving their profession. If you look at the whole time you are spending in the medical profession and compare to other professions they are financially missing out.” 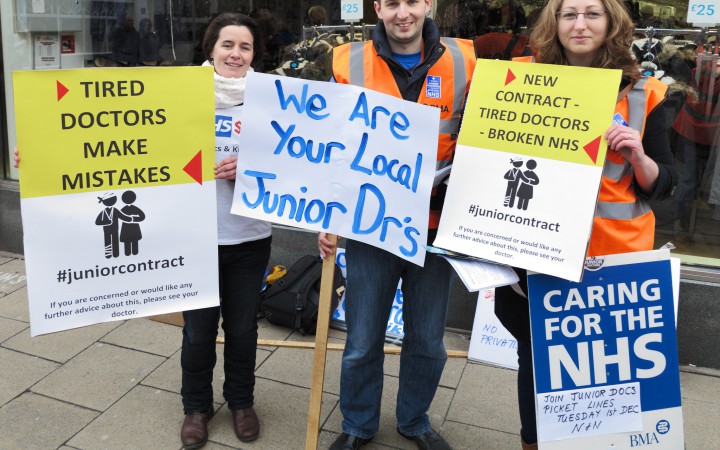 Many junior doctors found it was financially stable to take on a ‘locum job’, which is the same job as a normal junior doctor except it is contract-free with higher wage packet.

However, the government plan to abolish the ‘locum jobs’ leaving doctors no choice but to be on a contract.

“People are not aiming to get into contract jobs because the salary is less, when appointed on a locus job the average pay is £35 per hour. I am on a contract pay doing the same job but on say £10 an hour. The contracts are not profitable,” Raza says.

According to the BMA, in a study of 3,000 students conducted in January 2015, 27 per cent of junior doctors consider work overseas after graduation – this was before the contract changes were proposed.

“It is concerning that so many young doctors are contrasting the current state of general practice in the UK with the experience of their colleagues overseas and have concluded that working abroad is an attractive and realistic option for them too,”Richard Vautrey, deputy chair of the BMA’s General Practitioners Committee said.

Hassan has had thoughts about leaving the UK in order to be more financially stable in his career.

“I might leave the country because its not as lucrative and profitable here. We all have bills and mortgages to pay. You can see in this honourable profession how many hours doctors put into their careers, they give up their weekends and family time which a normal common person would not.

“This is quite a quantitive profession. If I did take time away to see family and go to all these festive things throughout the year, I would lack behind. It then makes you feel bad about yourself,” he said. 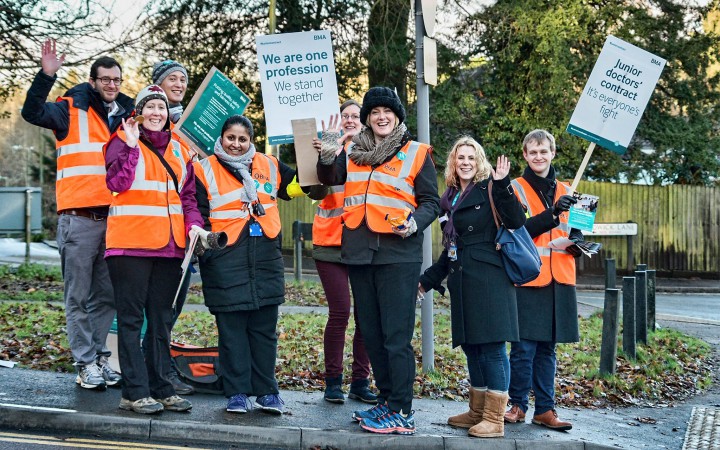 So what does this mean for the future NHS? Not only are junior doctors feeling tired and demoralised, but patient care will see its impact too.

“The future for the NHS is shaky. Budget cuts and increasing pressures will invariably see the NHS struggling to achieve the same care. To overcome this, all sectors of the healthcare profession must come together to create a more integrated system,” Sarah Trenfield, a pre-registration pharmacist from the NHS Foundation Trust, told us.

“This will ensure we maintain our most important aim – excellent patient care. Whilst the strike might help the doctor’s in the long term, it does beg the question of why patient care is being compromised to achieve this.”

On the subject of her colleagues’ contract changes she said: “The changes are unfair. We need to remember that whilst they are still trainees, junior doctors are still the ones working everyday to diagnose, treat and save lives of parents, grandparents and children.

“I do appreciate the government is trying to move towards a 24/7 NHS to improve patient care on weekends, but I don’t think contract cuts is the way to this. Instead, focusing on improving staff incentives to increase morale or commissioning more weekend services such as pharmacies and diagnostics might be more appropriate,” she added

It’s 2:30pm here in the hospital ward where we have been chatting to Hassan, he still hasn’t had a bite to eat and there is still a long day ahead of him. Before leaving for his next rush hour of work and patients, he explains why he went on strike.

“It was more for solidarity to show that we are together and that all these new rules coming in. I would say they are not acceptable,” he concludes.