The centre of the capital was illuminated by fascinating art installations between 6:30pm to 10:30pm for four nights in January.

Working together with the Mayor of London, creative company Artichoke produced Lumiere, the biggest-ever light festival in the capital. There were 30 different installations across the city which were all free to attend.

Heart of London Business Alliance worked together with Artichoke to produce Circus Circus in 2012 which was an event animated by artists in the city’s streets and iconic landmarks.

They were again interested in working alongside Artichoke to produce and event during one of the winter months. Lighting up one of the West End’s quieter months.

Heart of London wanted more people attend, especially on Piccadilly Road which usually isn’t as busy as Oxford Street. They wanted people to see the street and explore the architecture surrounding it.

Director of Artichoke, Helen Marriage had a vision to bring light and light artists to re-imagine how people can see what the street has to offer and in doing so lead to the production of Lumiere as she looked at other streets in the West End.

London was filled with crowds over the course of the festival. The beauty of the installations caught many people’s attention and going from one installation to the other involved pushing your way through the crowd of people headed the same way.

Some installations were turned off on the third night of the festival due to overcrowding and visitors were asked to come back the following night.

For London’s first light festival, Lumiere has left a mark and has made many visitors interested to step outside and enjoy the beautiful light installations despite the cold January weather.

There were installations in Mayfair, King’s Cross, Piccadilly, Regent Street and St James’s, Trafalgar Square and Westminster. Maps could be found online and volunteers at some of the installations also handed printed copies out.

Central Saint Martin’s collaborated with Mick Stephenson on one of the installations – Litre of Light was not just an art piece with recycled bottles.

The installation also sought to highlight issues relating to poverty and sustainability. 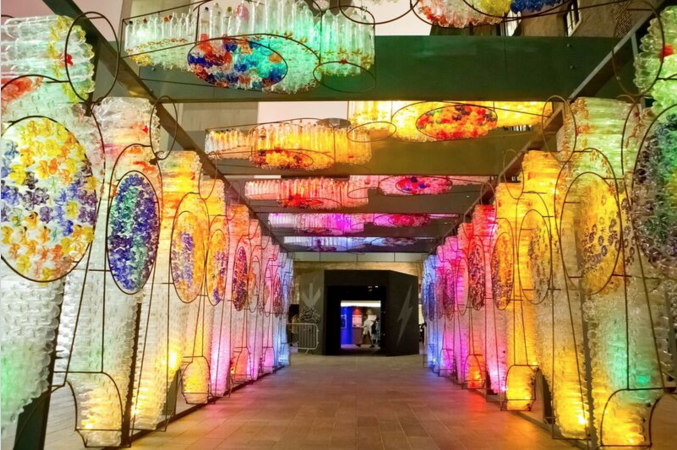 My Shelter Foundation started Litre of Light, a movement that began in the Philippines. It is a movement aiming to provide ecologically sustainable cost-free lighting.

The founder of this movement, Illac Diaz, whose name means ‘God of Light’ in Aztec terminology was present during the festival, along with others working with him, explained what they were about and showed us how their technology works.

Recycling a plastic bottle, filling it up with water and then adding a drop of bleach can bring light to many areas affected by poverty.

The bottle is put through a hole in the roof and refracts sunshine and lights up with as much power as a 55-watt bulb.

Phone batteries were also recycled and they used solar power to light up villages in the night time. 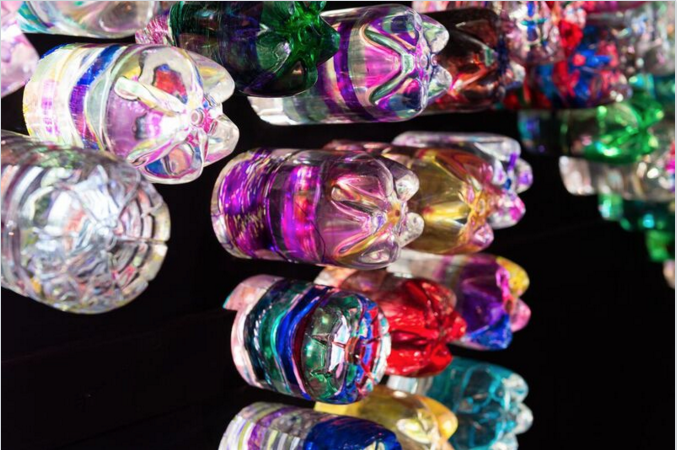 Decorated bottles inside the installation [Will Eckersley]

Visitors were encouraged to get involved in workshops at the Skip Garden in King’s Cross.

They were able to either decorate their own recycled bottles, which were then added to the installation or have a go at making their own solar bottle light.

Luzinterruptus, an anonymous artistic group had their installation in the fountains of Trafalgar Square.

It is inspired by the so-called ‘Eighth Continent’, which is a garbage patch, larger than the US, in the Pacific Ocean that has more plastic floating in it than sea life. 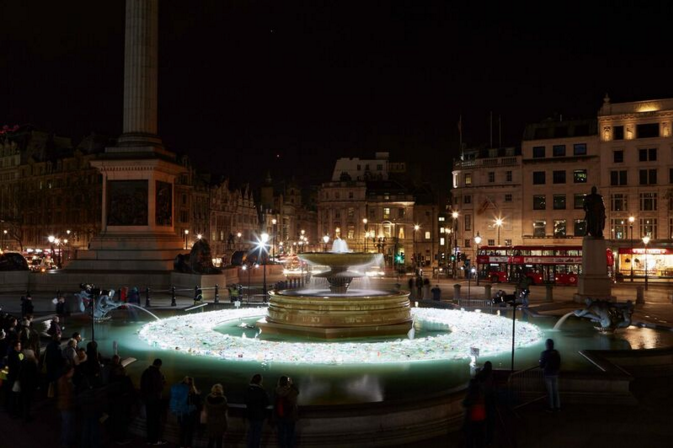 Their piece, Plastic Islands, is made from thousands of bottles and is aimed to draw attention to social, environmental and political issues within various environments.

As Lumiere puts it, ‘this installation both awakes and astounds audiences with its message’. 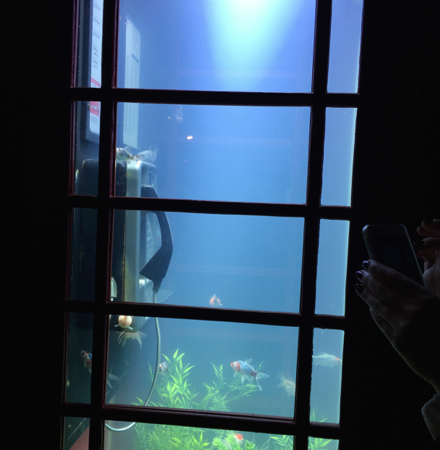 Transforming a telephone box into an aquarium was made possible by artists Benedetto Bufalino and Benoit Deseille with intentions to remind visitors of the way things used to be.

The world we live in today is a world where every person has a mobile phone and the representation of the aquarium in the telephone box is to remind us of the old times.

The aquarium was filled with beautiful exotic fish and decorated with plants. A vast crowd attempting to look and take photographs surrounded this installation and made it very difficult to actually enjoy the piece.

Visitors were only allowed to see it for a few seconds and once a picture was taken, good or bad, we had to move along.

The Light of the Spirit

Patrice Warrener is known for is chromolithe installations. It is a type of light art that gives the impression that buildings were painted with glowing colours.

Westminster Abbey was lit up with this technique and the detail put into this installation took away peoples attention and had the really focus on the piece.

The statuettes of the 20th-century martyrs on the West Front of the church were lit up with vibrant colours, a tribute to their lives in technicolour.

Surprisingly, the installation was not too busy with people compared to the others. It allowed visitors to really enjoy and take in the beautiful façade of the church. 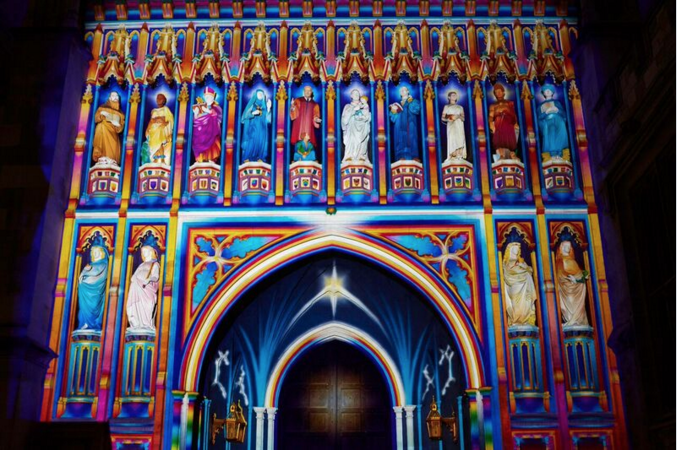 There were many more very creative installations during the four-day festival.

According to Chenine Bhathena, the senior cultural strategy officer at mayor of London, there will be no Lumiere Festival in the capital in 2017, as lots of planning and organisation was made for the event.

However, they plan to bring the festival back the year after.

This is still all in the process of planning, what is known for sure is the Durham light festival happens every other year and will be back towards the end of 2017.