“I can’t do this, how am I going to cope? What about Emily, my younger sister?”

I remember the first thoughts going through my head as I clung on to my auntie for her for support. I had just been told that I am going to enter the teenage world and having to spend the rest of my life without my Mum.

“I don’t know how to cook, how to work the washing machine – who was going to help me with boyfriend troubles?”

These were all the things mum was meant to help me with. I felt sick.

Due to a late diagnosis she had been fighting against bowel and liver cancer for a year-and-a-half, she was just 42 when she passed away, leaving behind myself and my nine-year-old sister; I was just a few months away from my thirteenth birthday. 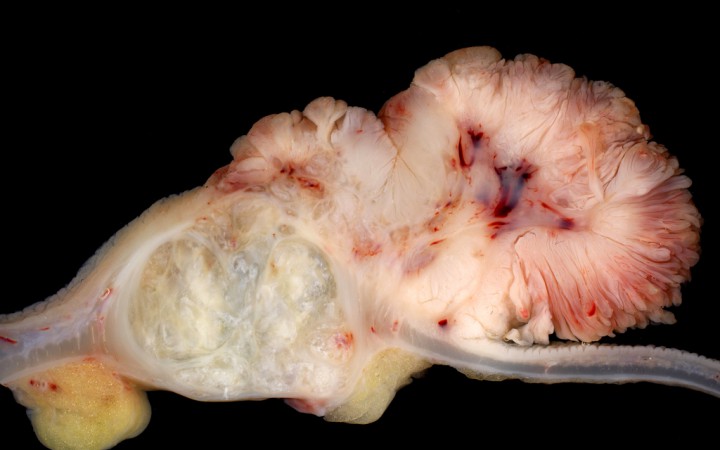 Bowel cancer is the fourth most common cancer in the UK and the second most common cause in cancer deaths, with lung cancer being the first.

In 2011 some 41,600 people were diagnosed with the disease in the UK alone; that’s more than 110 people every day. 95 per cent of cases occur in people aged 50 and over, with younger bowel cancer patients having a better prognosis than older patients.

Research suggests that more than 90% of bowel cancer patients will survive the disease for more than five years if diagnosed at an early stage, which leads me to the debate of whether doctors should be more vigilant when it comes to diagnosis.

My mum approached our family doctor in confidence when she realised she had a hard stomach; there were concerns it was at a critical stage. The doctor diagnosed it as a strain on the stomach because my mum ‘kept coughing all the time’.

After months of endless trips to the doctors whilst enduring the pain, she decided to visit an osteopath in case it was muscle-related.

The osteopath described the doctor as ‘incompetent’ in a fury and wrote a letter to the doctor demanding better handling of the case. As soon as the doctor read the letter it left her in shock and she told my mum to go to the hospital.

It was then in A&E that my mum was diagnosed with bowel cancer; the cancer was already at a late stage which meant it had also spread to her liver. Only God knew the amount of time she had left to live.

A report from the Macmillan Cancer charity says that almost one in three people die from the disease within a year of discovery due to late diagnosis.

One in four cases are diagnosed after being admitted to hospital as an emergency case. The study also found that these patients are twice as likely to die within a year compared to those given an urgent referral from their GP.

My mum was a healthy size eight, a non-smoker and liked the occasional G+T at a party. She also loved a fruit bowl whilst watching Emmerdale (something that always tends to stay in my memory).

She would still be alive if the doctor had referred her months back when she first walked into the surgery. It took an osteopath to tell the doctor to take her more seriously. 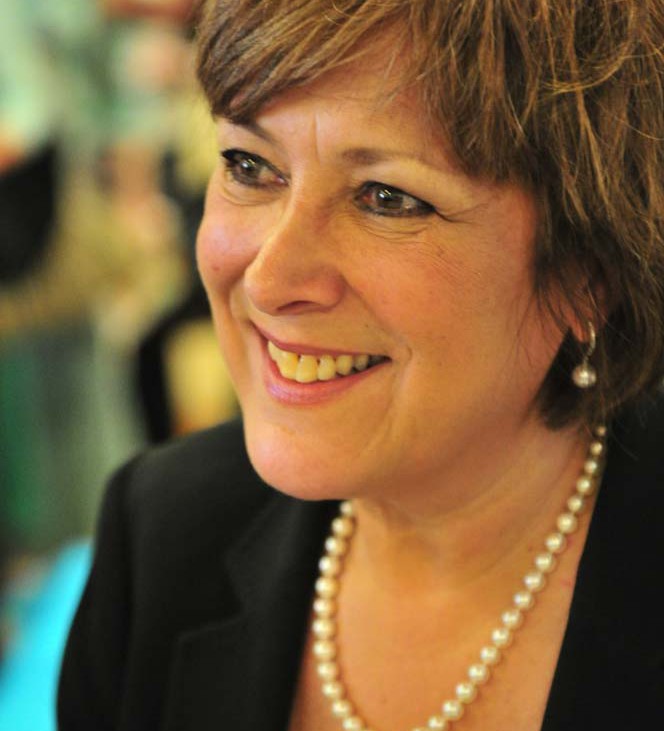 What happened to my mum is not unusual. The son of late actress Lynda Bellingham recently spoke out about his personal experience with hospital error. In their case it took 18 months for doctors to discover she had bowel cancer, where a simple colonoscopy check could have saved her life.

Another patient, 22-year-old Jess Evans, passed away in 2014 from cervical cancer, leaving her family to complain about how she visited the doctors nine times in two months before any cancer checks were carried out.

Dr Rhiannon Corke is a GP in Woolwich, and she believes doctors need a lower threshold for investigating symptoms that could possibly be cancer-related.

“Doctors need to have a lower threshold for requesting further investigations particularly in “at risk” patient groups, for example smokers, elderly etc. Improving patient access and reducing waiting times for scans etc will also enable diagnoses to be made sooner,” she says.

“Patients themselves need to be warned of “red flag” (warning) symptoms so that it encourages them to present it sooner. There has been a number of national campaigns for lung, prostate, bladder and bowel cancer but not so much for gynaecological related cancers, which often prove insidiously and late,” she explained.

“I suppose the reason for this is that lung and bowel cancer are the biggest killers in the UK breast cancer is also one of the top four but it is well publicised so women tend to present early when they find a breast lump. I might also suggest that patients with a known family history of a particular cancer remain aware of the early symptoms,” she told me.

Providing support for a more accurate diagnosis are charities like HertsAgainstCancer based in Hertfordshire.

They believe more lives can be saved if “we supported medical professionals better to make accurate and speedy diagnosis, and to make sure we were all clearer about the early symptoms and warning signs of cancer”.

With this in mind they have created a charity devoted to giving life by raising awareness of the early signs of cancer and supporting ways to improve its earlier detection.

So far they have provided £15,000 to support GPs with resource packs and films and training materials on specific types of cancer for every GP practice in the country, all produced by leading medical specialists.

Just as more research is discovered, more lives should be saved as well. 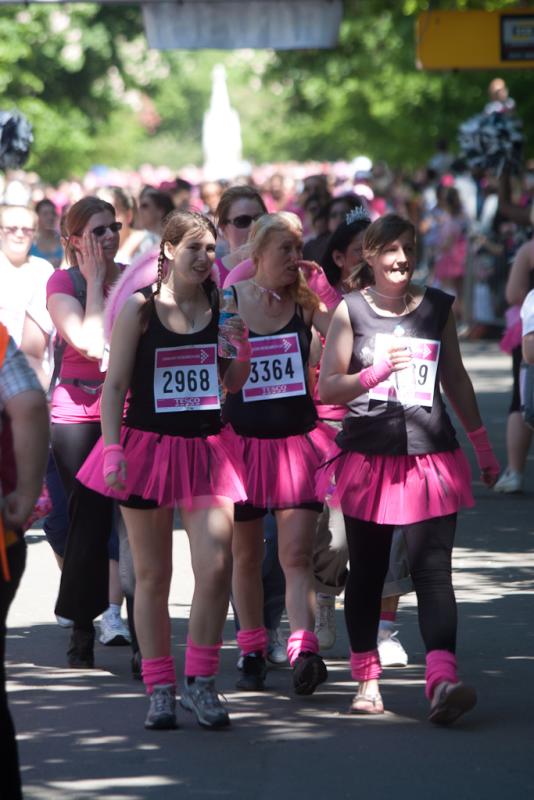 However, Sarah Williams, a member of the health information team for Cancer Research says that for doctors, a cancer diagnosis isn’t as black as white as we think: “There are over 200 types of cancer, which can all have different symptoms, so diagnosing or ruling-out cancer isn’t always as straight forward for doctors.”

Like Dr Corke, she highlights the importance of patients looking out for symptoms themselves: “Because there are so many different types of cancer and so many different symptoms, the best way for people to help spot cancer sooner is to get to know their bodies. That way, they’ll be more likely to notice any unusual or persistent changes and tell their doctor.”

Natalie Ellery, a registered genetic councillor from Northwick Park Hospital in Watford told me about the process of testing for cases that have a history of cancer within their family.

‘We sometimes get clues about the cause of cancer by looking at some of the timer cells, this is called MSI and IHC testing. It determines the likelihood of the cancer caused by a genetic alteration causing Lynch Syndrome, [which is] an inherited condition which causes an increased risk of bowel, womb and ovarian cancer.”

“Age is the main risk factor. As we get older we are more likely to develop cancer. It is very rare for somebody under the age of 30 to develop bowel cancer, which is why we test for an inherited genetic alteration first,” she says.

“There is a very rare probability of 5-10% in which a family would have an underlying genetic cause for their cancer. Those who are at a high risk are required to have two yearly colonoscopies taking place from the age of 25.”

I have now entered my twenties without my Mum, going through my teenage years without having her shoulder to cry on, when experiencing break-ups with friends and boyfriends. I am still finding it difficult to think that she will not be there to see me graduate.

If one good thing can come out of this experience it would be to tell you that if you are ever in doubt and have serious concerns for you or a family member’s health, it is wise to get a second opinion from another professional, as most doctors will (hopefully) do their job to the best of their ability.

This experience forced me to change GP and I have gone out of my way to find out how I can get checked yearly to prevent history repeating itself; I have succeeded so far. Remember, prevention is always better than cure.