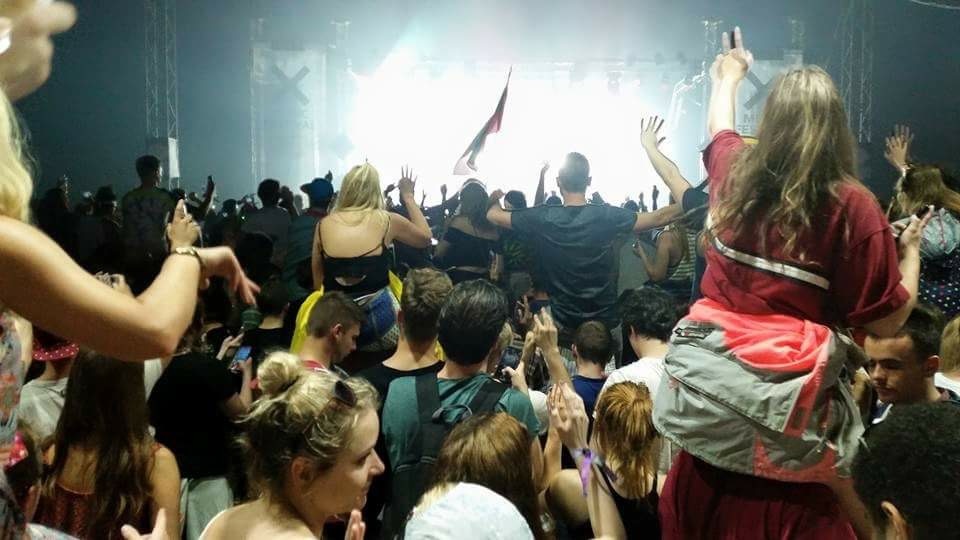 What’s On: Your guide to the next few months of raves up and down the country.

January doesn’t exactly have a reputation for being the most exciting month of year – everyone’s stuffed and depressed after Christmas, your mates are being a bunch of bores by doing dry January and trying to quit smoking, and the weather is just about as horrendous as it gets in little old England.

And as if that wasn’t miserable enough, we’ve also lost a string of British childhood heroes this month.

But never fear – it’s over, February is here, we made it guys.

The gyms are emptying and the pubs getting busier by the day, we’ve all just been paid, and the club calendars are filling up again after all the NYE madness.

So what better way to say ta-ra to January than getting yourself tickets for some of the best raves around the country.

The Bristolian duo are back after an explosive summer on the festival scene with their tour around some of the best venues around the country. If you’ve never sweated it out while Tommy and Jammo do their thing on stage, you’re seriously missing out. Their sets are dark and heavy and always surprising –they even seamlessly dropped Whitney Houston’s It’s Not Right But It’s Okay into the mix last time I saw them. The M8s that the lads are bringing along on this tour include the likes of Wookie, Kry Wolf, and New York Transit Authority to name but a few. Definitely not one to be missed.

You don’t know day raving until you’ve done it at the legendary Rainbow Warehouse for their annual birthday party. Celebrating it’s 12th year, the Birmingham clubbing powerhouse will play host to an insane line up for the techno and house all-dayer. We’re talking 40 DJ’s, seven stages, and 12 hours of non-stop music with no sound restrictions. Highlights of the line up so far are Preditah, Jamie Jones, Mak & Pasteman, Redlight and wAFF, with loads more to be confirmed.

The king of UK garage is hitting up the best venue in the West this March. DJ EZ has filled all kinds of venues all over the world during his twenty-plus-year career, but here’s your chance to see him grace the decks of Motion, Bristol’s warehouse club that ranked as one of the top 30 nightclubs in the world by DJ mag. With this collision of these two rave-scene forces it comes as no surprise that tickets for this are selling out fast – and that’s even before the announcement of other DJ’s on the bill that Motion have elusively teased at on Twitter…

There’s not many of us that are lucky enough to be jetting off to Ibiza in rainy March, so the longest running UK club night on the white isle is being brought to you. Roger Sanchez, Philip George, and Seb Fontaine will be marathoning to give you nine hours of pure balearic bliss in the heart of Birmingham. If you weren’t tempted enough already, student tickets are only £15, so you can pretend you’re in Amnesia for the price of a Domino’s.

Bass Jam is a brand new club night launching this month in Bolton, promising the biggest names in house, garage, and bass. French duo Amine Edge & Dance are on the bill, and if they can kill it at Sankeys and Ministry Of Sound, they’re gonna have no problem filling the premier suite of Bolton’s Macron stadium with their trademark G-house sound. If you’ve been under an essay-motivated house arrest and haven’t caught them live yet, check out their full two hour set at MixMag Live last year – Banging from start to finish. Joining them at Bass Jam’s launch are Redlight, Low Steppa, Katy B, and MistaJam, so the night is looking to be a solid success.

London’s famed listed building-turned-club venue is playing host to three incredible DJ’s this April, including self proclaimed ‘gift to the world of techno’ Seth Troxler. With his feet firmly planted in the top 10 of Resident Advisor’s ‘top 100 DJ’s’ poll since 2009, the Michigan born DJ never fails to give an amazing set. He’ll be playing side by side with Carl Cox and Joris Voorn, along with the unannounced special guests that each DJ is bringing along. “With an entire night as their blank canvas, the DJs have time to push boundaries, and dig deeper into their record collections. Expect forgotten classics, hidden treasures and guilty pleasures…”

Leeds local wAFF will be landing back in his hometown with his dirty drops after working his way around the international scene last year, and will be taking over Mint for the night with Gorgon City and Nvoy. Gorgon City’s extended set comes ahead of their upcoming Money EP, predicted to be their biggest release to date. Also joining wAFF will be Jacky, the guy dubbed a ‘star of 2016’, who’ll be playing all night long. Circular was a massive success and put on a banging night for halloween, and this February follow up is set to be even better

Our favourite venues are at the top of their game at the moment, with new nights popping up left right and centre, and bigger and better names getting booked as the weeks roll on.

It’s not all bad news for those still desperately clinging on to their #FitnessGoals either – pretending you can shuffle for 6 hours has got to count as a workout, right…?

Tickets for all events available from Resident Advisor