Kew Royal Botanical Gardens have launched The Orchid Festival 2016 at their Princess of Wales Conservatory.

The exhibition will consist of vibrant flora taking visitors from the Amazon rainforest to the desert of north-eastern Brazil.

There are stunning displays, delicately suspended orchids, and a tunnel made up of tropical plants.

The stars of the show are definitely five figures of flowers made to appear as though dressed in the flamboyant costumes of Brazilian carnival dancers.

These figures are decorated with the household favourites including bromeliads and Brazilian hybrids such as Cambria and Miltonia.

The colour theme for these figures is inspired by the Olympic Games, which will take place in Rio this year. 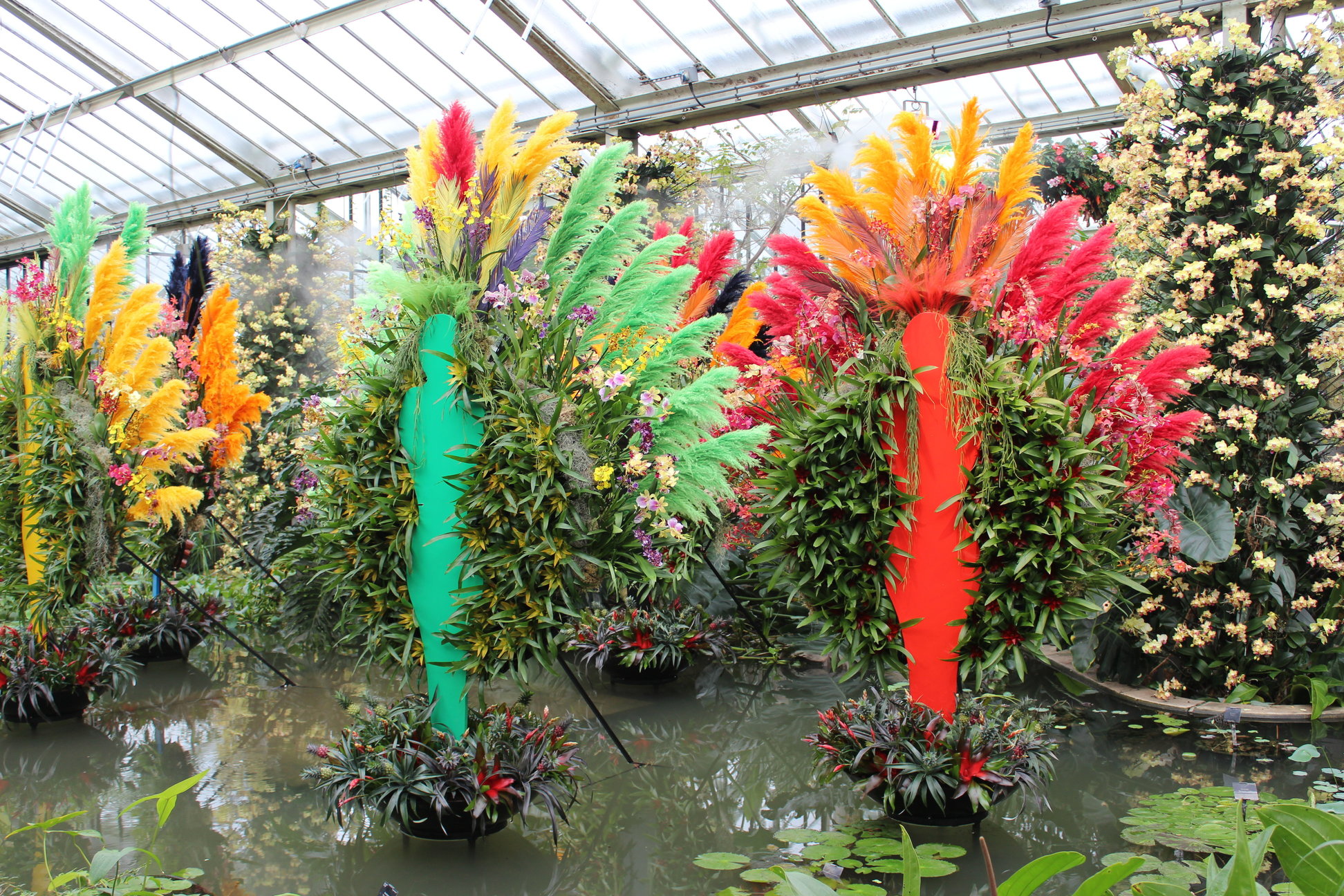 Two of the Brazilian Carnival Dancers decorated with orchids, bromeliads, Cambria and Miltonia

Visitors will have the chance to find out more about the pivotal work of Kew Gardens to collect, record and conserve such a wide range of plants.

Walking through steamy rooms shrouded in a strong but very pleasant floral scent, full of vibrant fresh orchids and pineapples while listening to Barry Manilow’s Copacabana in the background, is the ultimate escape from the bustle of central London. 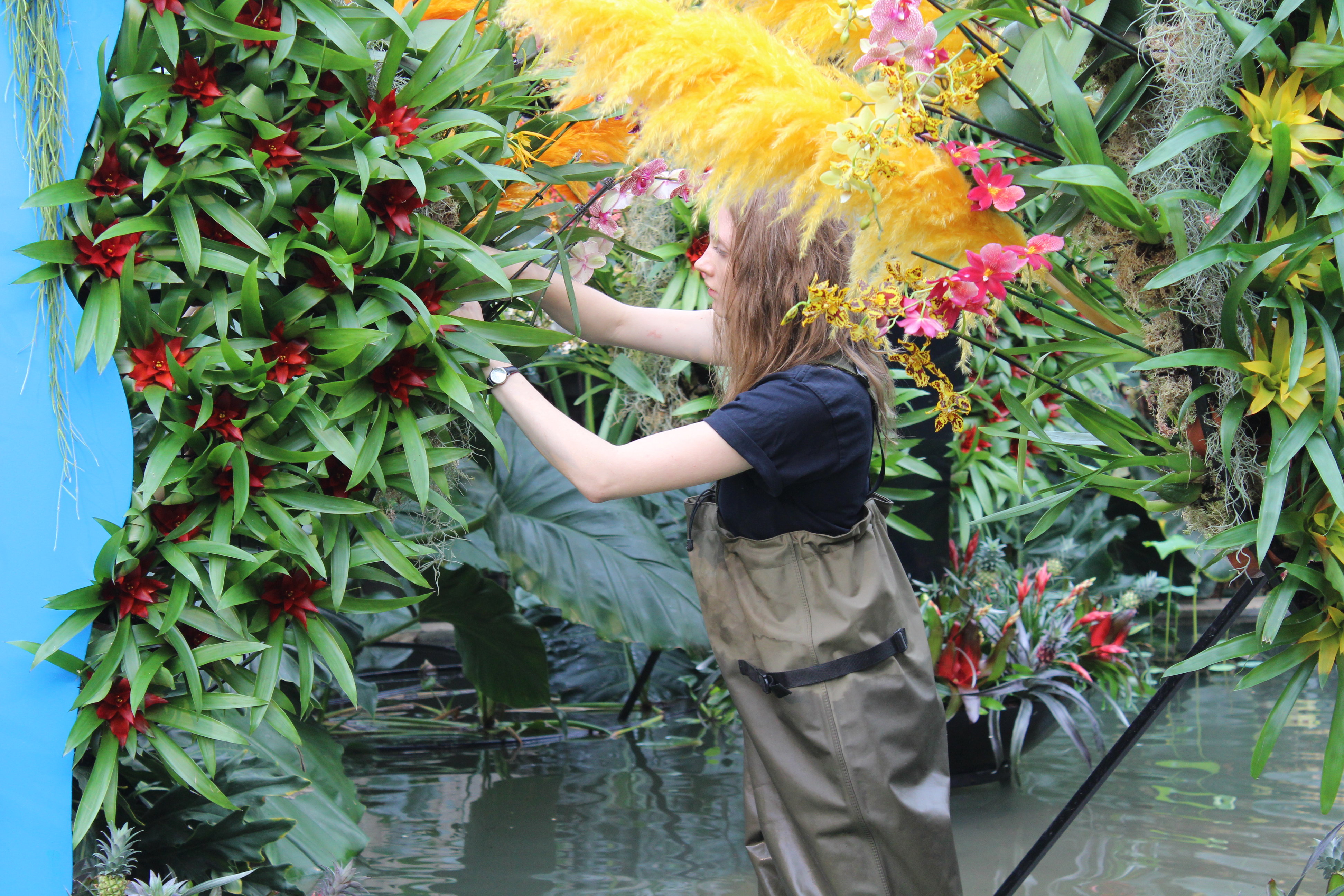 Orchids are the largest family of flowering plants with over 25,000 species known and almost 70% of all of them grow in trees.

In Britain, there are currently around 55 species of orchids.

Kew Gardens has one of the oldest collections of living tropical orchids dating back to 1770, as well as the largest Orchid Herbarium in the world, which holds over 4,000 preserved specimens.

Sadly, since the greatest number of species are found in old-growth tropical forests, deforestation is causing many species to become endangered.

The festival has a lot to offer for all types of audiences, from film, classes, tours on horticulture to crafts, carnival-inspired-headdress making and face painting.

If you fancy a fresh Caipirinha visit the festival after dark during the series of “Lates” or spend your Valentine’s Day there on Saturday, February 13.

The opening times are 10am-5pm daily. Admission included with entry to the Gardens.

All images by Milena Paraschiv