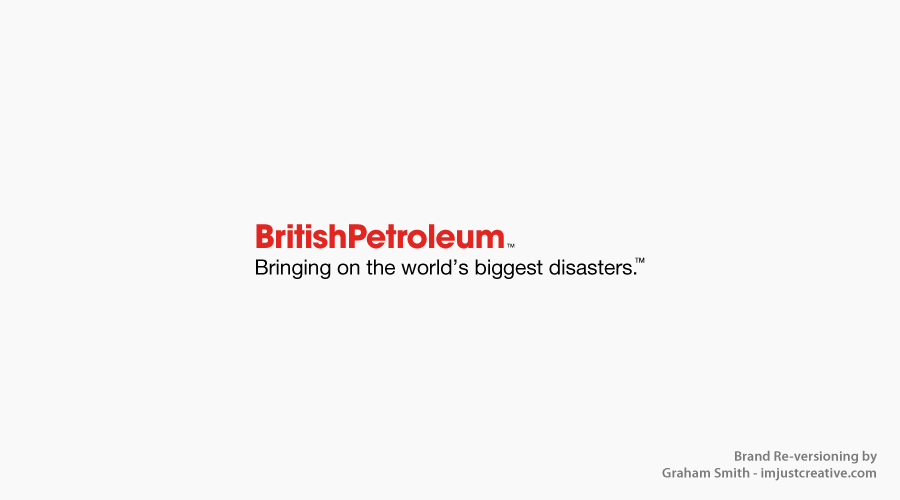 Tate Britain and its younger sister Tate Modern are staples within the London arts and culture scene. Many of us have wandered its galleries and exhibitions and given ourselves a pat on the back for being cultural that day. Millions walk though its doors every year (a huge 5.3 million in the Tate Modern alone) and the Tates pull in huge name exhibitions such as Damien Hirst and Tracy Emin.

However, have you ever thought about where these institutions get their money to open and run these exhibitions? A campaigning group called Liberate Tate has, and they don’t like the answer. BP, the fossil fuel giant, has been sponsoring Tate since 1990. While no official amounts have ever been disclosed, it’s known that the initial payments began at £150,000 a year. More recently in December 2011, BP announced a £10 million sponsorship between Tate, the British Museum, Royal Opera House and National Portrait Gallery. The exact breakdown of amounts between institutions has once again, been kept in secret.

A lot has changed since 1990: most importantly our knowledge has grown on what exactly oil mining and the use of fuel has had and still has upon our fast changing climate. This raised some ethical conundrums regarding the sponsorship, and subsequent advertising of BP through the Tate galleries. We only need to cast our minds back to 2010 and the disaster that was the Deepwater Horizon spill, or more simply known as ‘The BP Oil Spill’. 4.9 million barrels of oil, or an estimated 170 million gallons, poured into the Gulf of Mexico after an explosion on an oil rig. Natural gas managed to blast through a recently installed concrete core. Reports have shown that a very similar incident, due to the same weak core, happened two years before on another BP oil rig in the Caspian Sea.

The lasting effects of the incident are unknown and may not be foreseeable for years to come. However, what is known is the impact the oil spill has had upon the environment at the current time. Over 8,000 birds, sea turtles and marine mammals were found dead in the months after the spill. Sea coral just miles from the oil rig had been found dead, and many surviving sea mammals were thought to have ingested the oil, causing ulcers and internal bleeding.

To make matters worse for themselves, BP continuously misled the media about how much oil was pouring per day, at one point claiming the equivalent of 1,000 barrels, when the real number was much closer to 62,000 barrels. This lead to BP pleading guilty to 14 criminal accounts of false and misleading information.

BP recently came under fire when they topped a chart for Europe’s worst climate policy wrecker. The chart ranked global companies by their records of lobbying and opposition against carbon-cutting initiatives. Research director of Influence Map, who created the chart, Thomas O’Neill explains: “BP has been consistently opposed to all the main forms of climate change regulation. There is very little positivity coming out of them and they are a board member of several obstructionist trade associations, some of which give a very dubious account of climate science”.

In 2014 BP was part of a ‘concerted industry push’ to curb the EU’s support of renewable energies instead of fossil fuels as well as lobbying against nationally binding renewable and efficiency targets for 2020. Despite heavy opposition from clean energy firms, the European commission outlawed the bid. Liberate Tate formed in 2010 as an art collective, basing their performances towards protesting against BP’s sponsorship. Their aim is simple, to make enough noise that the Tate will drop its troublesome sponsor.

One of the reasons Liberate Tate is against BP’s sponsorship is because they believe the connection between Tate and BP is a ploy to change the public opinion of the fossil fuel brand. Liberate Tate sum up their argument in an open letter to Tate: “Every day Tate scrubs clean BP’s public image with the detergent of cool progressive culture. But there is nothing innovative or cutting edge about a company that knowingly feeds our addiction to fossil fuels despite a climate crisis”.

They then go on to state: “By placing the words BP and Art together, the destructive and obsolete nature of the fossil fuel industry is masked, and crimes against the future are given a slick and stainless sheen. Every time we step inside the museum Tate makes us complicit with these acts, acts that will one day seem as archaic as the slave trade, as anachronistic as public executions.”

Liberate Tate were willing to go that extra mile for their cause. While inside Tate Britain, occupying the 1840 gallery, artists inked the amount of carbon dioxide in the atmosphere. Their message was simple and strong: ‘Climate change is permanent; so are tattoos’.

The Gift, filmed by Vice, involved installing an unused wind turbine within the Tate Modern’s Turbine Hall. Weighing one and a half tonne, measuring 16.5 metres, the performance involved 100 members of the art collective. Liberate Tate used the wind turbine as a symbol of renewable energy. As the turbine was officially submitted to be considered for the Tate’s permanent exhibition, it gained over 1,000 signatures in a petition to get the turbine reinstated.

To mark the one year anniversary of the start of the oil spill, Liberate Tate staged a demonstration in the Tate Modern. It involved a naked activist having a liquid resembling oil poured over him in the centre of the entrance hall. Alongside the performance, a letter was also sent asking the Tate to: “demonstrate its commitment to a sustainable future by ending its sponsorship relationship with BP”.

4.9 million barrels of oil, or an estimated 170 million gallons, poured into the Gulf of Mexico

I asked a few students how they felt after finding out about the sponsorship. The majority of people thought it was better off that Tate had sponsorship, that it doesn’t matter who from, as long as they can stay open. One student elaborated, he believed it would be a problem only if BP started to influence the content of the galleries. Another student’s response was that it doesn’t matter if BP is the sponsor, as long as they’re contributing something cultural. This reflects that Liberate Tate’s stance: BP’s public image is being softened as the public believe BP are contributing to society in an positive way.

However students haven’t always been so neutral when it comes to BP. Warwick University students are in the middle of a campaign to remove a BP archive building that was used to research renewable energy. However the project was dropped when BP decided to restart research into gas and oil. The results of the research weren’t made public, however they are noted as ‘valuable’. Students no longer want the company name attached to the university. ‘Fossil Free Warwick’ member Leah Lapautre says: “BP’s presence on Warwick’s campus is an insidious example of the close connection between the fossil fuel industry and our public institutions.

To have the presence of BP’s corporate archive on our campus is outrageous, given the desperate need we have to break the power of this industry and take action on climate change; it legitimizes their behavior and sends the message that our community is ok with what BP is doing”.

Swaying public opinion enough to see some action taken may sound daunting however, Greenpeace achieved just this when they released a video that went vi- ral. In protest against Shell’s plans to drill for oil in the Arctic, the video contained a Lego visualisation of the Arctic slowly being drowned by oil. The video received so much public attention that Lego made the decision to not renew a contract with Shell branded Lego toys being sold at service stations. The deal was said to be worth multi-million pounds, and dates back to the 1960s. This shows how pub- lic opinion and interest in a matter can change situations even on huge scale.

What is the Turner Prize for?