How to become a vegan 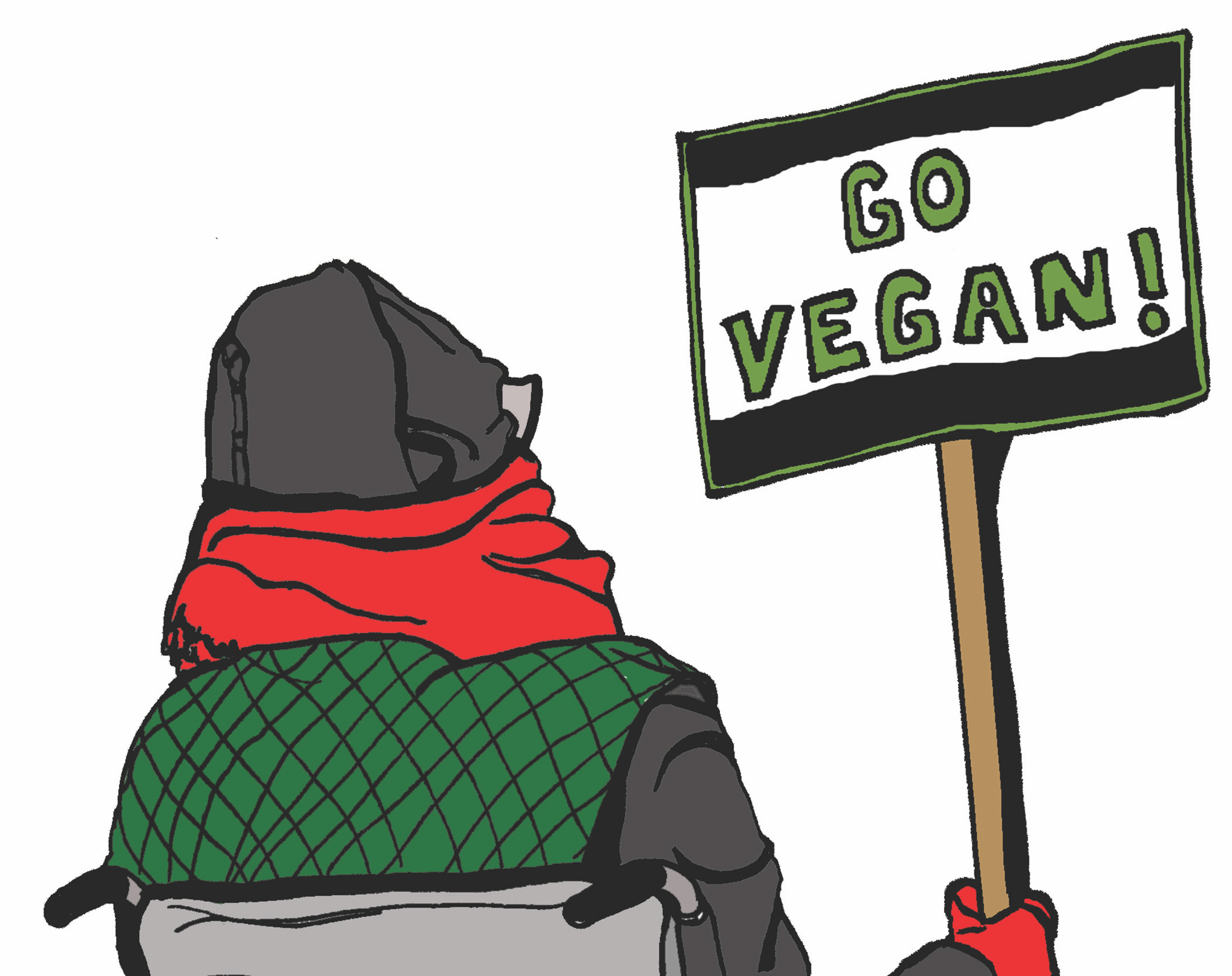 At the age of 16 I subconsciously made the decision to stop eating animals and it was one of the best choices in my life. As a child I loved animals and often visited farms without making the connection that these sentient, beautiful animals were being killed for my convenience and taste. A few years later I decided to stop eating any animal products, which has had a positive effect on my physical and mental wellbeing. Although some believe opting to eat a vegan diet is expensive, it isn’t; I can spend as little as £15 a week on getting fresh food from the market. There are more dairy/meat free options at restaurants and it’s easier than ever to refrain from eating animals.

Below are a few of the main reasons why people decide to stop eating animal products.

Livestock production has a massive impact on the environment from the destruction of the Amazon rainforest to the sea; humans are depleting the world of life for greed and profit. One of the most effective ways an individual can lower their carbon footprint is not to consume animal products. To learn more about how animal agriculture affects the environment, I’d recommend watching the documentary, Cowspiracy.

Today, obesity is one of the main causes of death, and animal products create heart disease, cancer, strokes, osteoporosis, diabetes and high cholesterol. Negative lifestyle choices kill millions of people each year. Humans are the only animals in the world that drinks another animal’s milk, which is not only disgusting but also bad for our health. There are many vegan athletes who prove that we don’t need animal products such as Serena Williams, Tim Shie and Patrik Baboumian.

To find out more about how going vegan can aid in bettering your health, watch the documentary Forks Over Knives.

Dogs are considered to be important in western society yet they are less intelligent than pigs. Speciesism is a social justice issue, which is imbedded into our society. If someone was to start eating a pigeon in central London, people would go crazy and call the police, yet we pay others to murder animals and it is considered to be okay because it’s hidden from our eyes.

The documentary Earthlings is a good source of information on how veganism can better our relationship with the animal world.

Over 30 per cent of the world’s fresh water is used for animal production, yet almost one billion people do not have access to water. 40 per cent of the grain throughout the world is fed to animals, which we later eat; this could be used to feed people. Humans are also animals. Our brains have developed to learn, think ahead to the future yet we are destroying the world as a species.

I’d recommend watching Unity to find out more about the human attitude impacts the world. 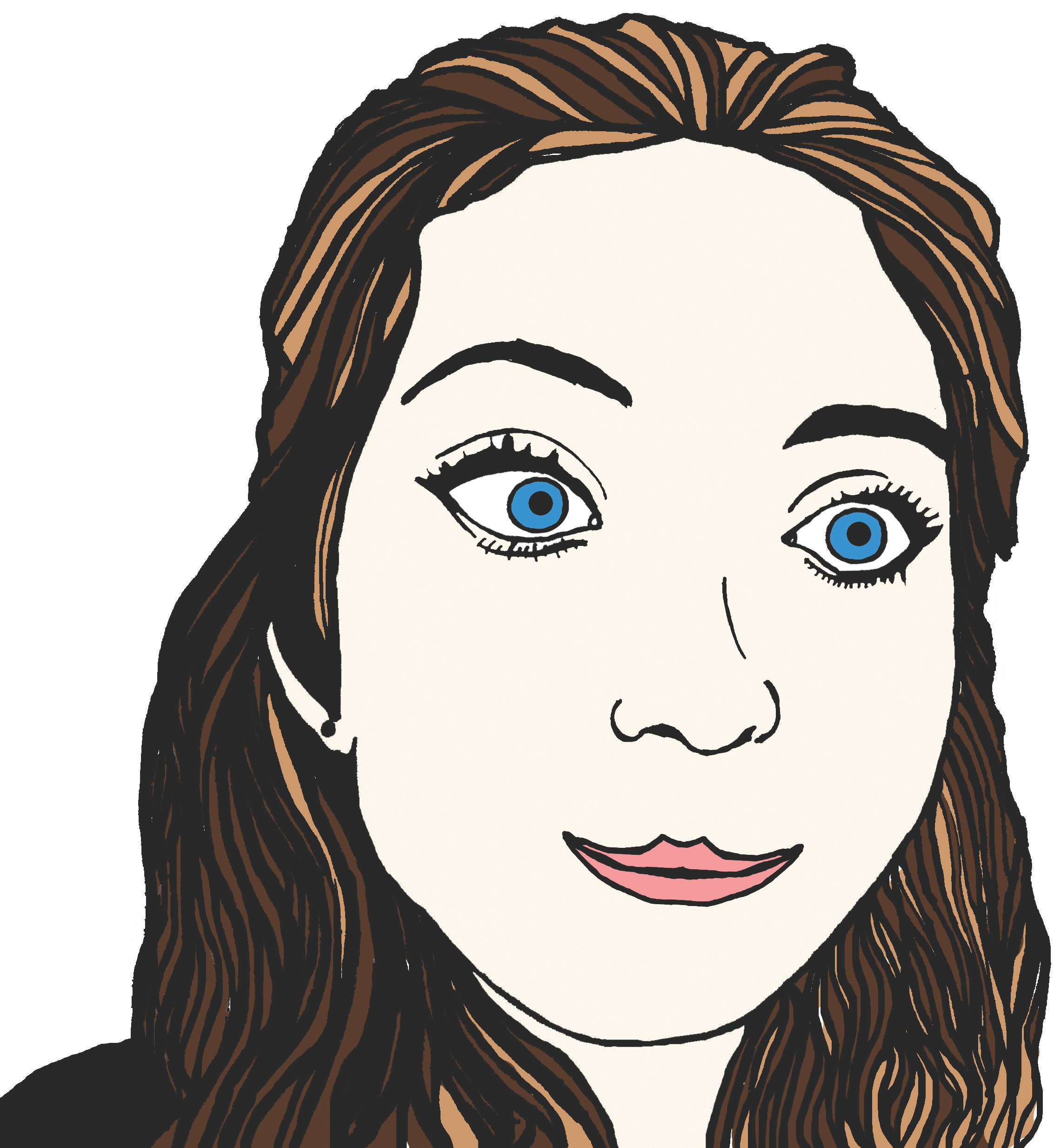 It originally started when I became lactose intolerant and allergic to cheese, I then moved to Brighton by myself and picked up the moral issues surrounding veganism and learnt about the harsh realities surrounding animal welfare. Watching numerous documentaries and seeing the vile practice behind a slaughterhouse completely switched me to veganism. With each day I become a more and more passionate vegan. We can change so much in the environment just by a simple change of diet and lifestyle, it makes so much sense!

What advice would you give to a student wanting to go vegan?

Advice I would give to a student wanting to try veganism would be to be open minded, try new things! Research played a big part as well. Find out what is and isn’t vegan, including fortified foods, colourings and added vitamins, but take it slow, it’s your journey. Join as many social vegan platforms as you can, scan ingredients of foods so you know what to grab at the shops, it becomes exciting when you nd foods that are accidentally vegan! Be strong, people will stand in your way and knock you down but it’s so rewarding and there are so many people and societies that will support you.

When I first became vegan I lost a lot of weight, allowing me to tone up and feel comfortable in myself. I felt healthier and had way more energy than before meaning my commitments to sports such as football really flourished. Once you grow knowledgeable to vegan foods it’s easy to put the weight back on and let your fitness slip but it really comes down to your mentality. There are many misconceptions surrounding veganism and I want to try and break these stereotypical barriers and no longer be seen as a minority in society. It will take time, but to see a change in our environment and knowing together we are saving lives of animals and not exploiting them would just be golden! 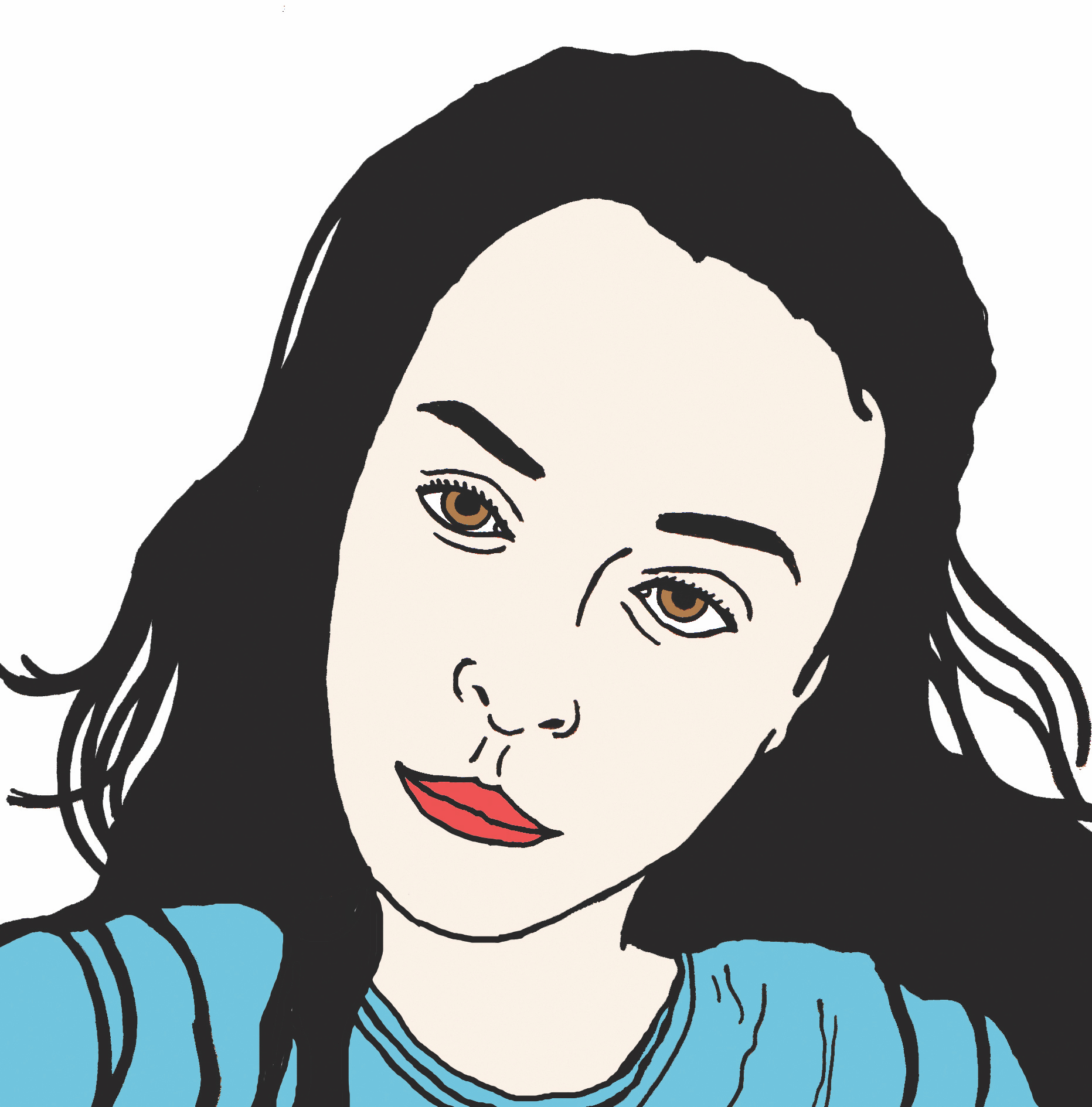 To get rid of my fast food addiction, and also I was shocked by the harm we inflict on other beings and the environment.

What advice would you give for a student want- ing to try out veganism?

You can still eat healthy and eat super tasty and filling meals. You do not need to spend a lot of money buying expensive, overpriced vegan produce/additives; all the best food is cheap and easily affordable for students. If you have been eating unhealthy for years, do not expect to feel amazing right after a few days, for some people it takes more than a few months as your body needs to get used to the change so for some time you could feel depleted of energy. Reducing salt intake will greatly increase the taste of natural foods. If you can afford it, take a blood test before you go vegan, so that you can compare your blood results later. I have never been a fit person, but since becoming vegan I have become leaner and grown some muscle as well as developed some endurance. 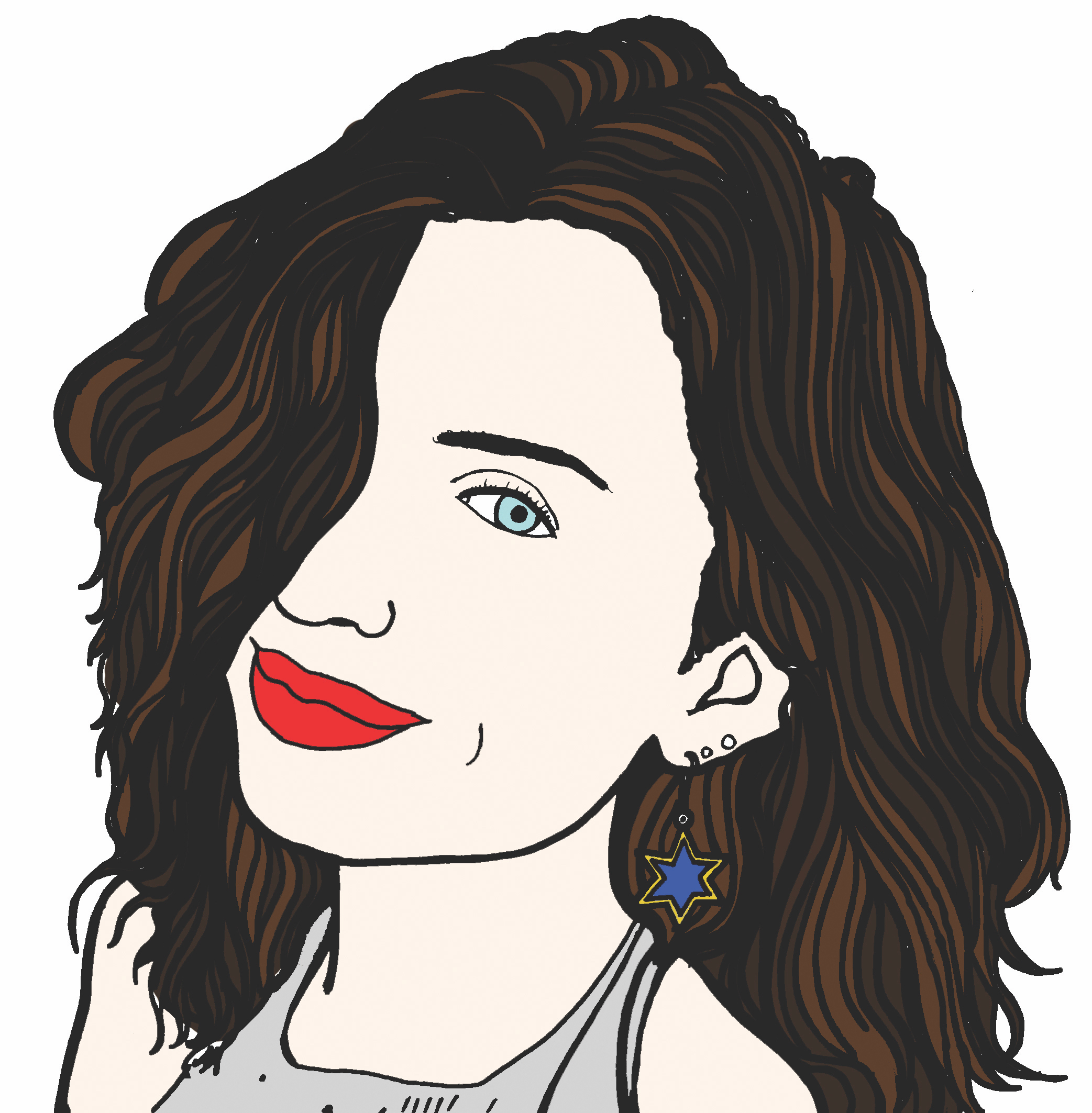 I turned vegan in my foundation year when I met my boyfriend at the time who was also vegan. When I was first introduced to the topic I thought it was extremely weird, I didn’t understand it and jumped to conclusions such as, “aren’t you protein deficient?”, “don’t you just eat leaves?” and “you must be tired the whole time”. I remember watching Gary Yourofsky’s The Most Important Speech You Will Ever Hear and 101 – Reasons to Go Vegan on YouTube, my mind was opened and I was left questioning my beliefs and views on what I ate. I went from a big meat eater to a vegetarian in the space of two hours.

Two years later I am now a full vegan and excited to continue my journey. Since going vegan I have become really passionate about cooking: it has been an exciting adventure for me trying out new foods and new ways of cooking.

Veganism has made me become a more mindful and compassionate person. I understand that eating an intelligent animal is wrong. If you wouldn’t eat your dog than why eat a pig? Animal agriculture is responsible for 18 per cent of all greenhouse gases, which is more than the combined exhaust from all transportation, which is 13 per cent of all greenhouse gases. Meat is directly related to causing cancer, high cholesterol and other health risks. So why do I need to end another life, put my life at risk and at the same time contribute to climate change, just for my taste buds? The answer to move to a plant-based lifestyle was simple. I have never been happier and healthier.

What advice would you give for a student wanting to try out veganism?

Do your research. At first it seems impossible, but with the right research you can honestly find vegan food anywhere, you just need to know where to look. There are so many awesome vegan food cafes and restaurants in London. Also there’s such a massive, friendly vegan community in London, get in contact with people through Facebook. Also do research into local markets in your area, like East Street market in Elephant and Castle. You can buy fruit and vegetables for next to nothing, for example, six mangos or two melons for a pound. It’s great! Living as a vegan is so much cheaper, you just need to put in the extra effort but it’s so worth it!

Making a meal out of insects