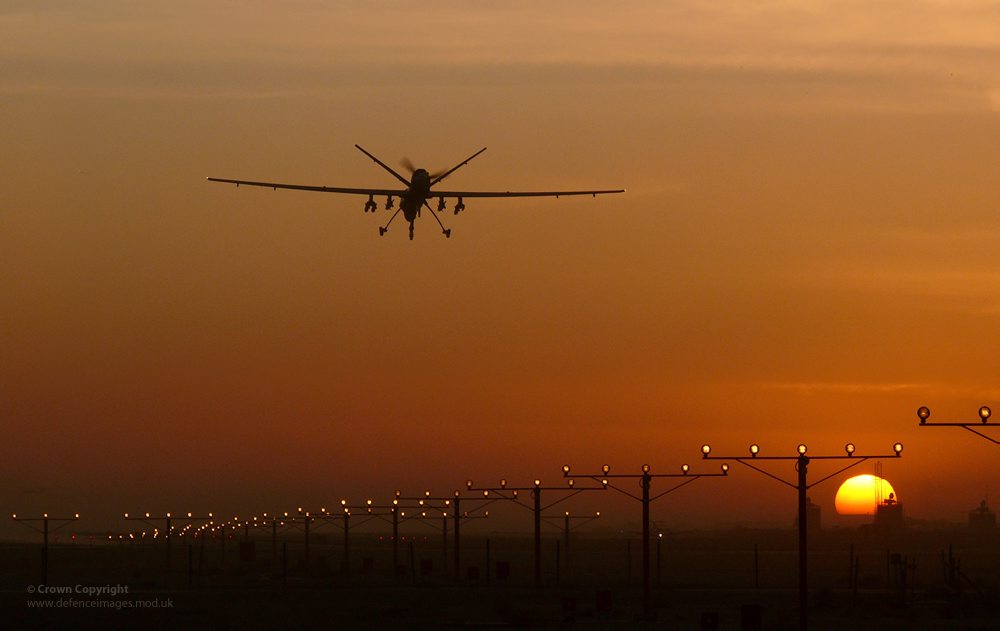 It’s been two months since the British government voted in favour of carrying out airstrikes in Syria to defeat the terrorist group ISIL.

The decision came shortly after the horrific attacks that occurred in Paris at the end of last year; it was later found that the men who carried out the attacks were affiliated with ISIL.

Since the UK began co-operating with the US, active members who were alleged to pose a very real threat have been killed.

Junaid Hussain and Reyaah Khan were the two men killed; the prime minister was criticised by some MPs and charity group Amnesty international, who argued that Cameron did not lawfully approve the operation.

At the time the PM said: “Both Junaid Hussain and Reyaad Khan were British nationals based in Syria who were involved in actively recruiting ISIL sympathisers and seeking to orchestrate specific and barbaric attacks against the west, including directing a number of planned terrorist attacks right here in Britain, such as plots to attack high-profile public commemorations, including those taking place this summer. We should be under no illusion. Their intention was the murder of British citizens.”

Other countries using military drones to fight ISIL are Canada and France, and their advocate say a major advantage that unmanned aerial drones have is that the loss of a human life is not a risk. Drones don’t die.

However, the use of armed drones has been criticised, specifically, in terms of the “collateral damage” (unintentional deaths) they cause in relation to attacks on terrorists.

Heather Linebaugh, a former US Air Force intelligence analyst, who worked for the US government during the Iraq and Afghanistan war said: “What the public needs to understand is that the video provided by a drone is not usually clear enough to detect someone carrying a weapon, even on a crystal-clear day with limited cloud and perfect light. This makes it incredibly difficult for the best analysts to identify if someone has weapons for sure.”

The accuracy of drones used in military operations is an on-going debate; a recent study report published by The Intercept, titled The Drone Papers, showed that nine out of ten drone strikes do not actually hit their intended targets.

Evidently, this has been devastating for innocent civilians caught in the middle, especially given that the justification by the US government is that the drones have been carrying out “targeted killings”.

Glenn Greenwald, a journalist for The Intercept said: “I think what’s pretty clear is that, that’s not exactly an important priority – they [US government] know that nine out of the ten people they are killing are not their targets – and they also know that a lot of those people are innocent – and yet they continue to use drones and bomb multiple countries, because they don’t think that avoiding civilian deaths is a big priority for them.”

There is a clear problem – especially if the terrorists being targeted are not being hit.

President Obama and military officials argue that it is hard for the drone operators to differentiate between a targeted terrorist or an innocent civilian who just so happens to be near the strike area. It is almost impossible to tell who is an accomplice.

The American military uses what is called ‘baseball cards’, which is a method that helps the military gather information on suspected terrorists to the point where they have enough data to terminate the suspect.

This involves tracking their movements and becoming familiar with the suspect’s routine. If there is a positive correlation with terrorist activity they are eliminated immediately and no trial is held.

“The U.S government does exaggerate the precision of their weapons – they are not nearly as precise as people like to claim and like to believe, but at the same time, you know a lot of it has to do with the fact that it’s very difficult to know who you’re killing. You may know one person that you’re killing, but you don’t know the identity of the people around them who you are also going to kill, and so I think it is just a matter of not being a high priority for the government,” Greenwald said.

On December 25, 2015 the RAF hit an oil field in ISIL controlled territory. Iraq has been a key focus. Arguably, this is because, unlike Syria, Iraq has armed troops at the ground fighting ISIL, thus, making the fight more significant.

The unofficial “source” also highlighted that the Obama administration masked the deaths of unidentified people who were killed in US drone strikes; it was not known whether they were accomplices or in the building.

The US government states that when choosing to strike a terrorist or to be even considered on their hit list, they must be a “continuing, imminent threat to U.S. persons.”

The US is leading the drone fight against ISIL and is evidently more successful; it has killed 10 alleged fundamentals – this is because the US is also bombing Syria, which ISIL controls a large part of, it is therefore more able to tackle terrorists.

The US has also been bombing Syria more than a year – considerably longer than the UK.

Drone attacks seems to be happening more and more, all over the globe. Countries like Yemen and Somalia, who are also fighting terrorist militia, have seen the deployment of drones.

The US has a drone base in Djibouti – one that was only recently discovered; it has a commander and approximately 2,500 personnel.

What they are doing there is currently unknown. Fighter jets from Japan and France land frequently, which has brought suspicion and questions about why the US has a secret drone base in middle of nowhere in Africa?

One of the few people who do know what is going on there is Greenwald. He told Artefact: “We know one of the things they are doing there – which is using it as a base for drone surveillance over Africa – and you know in the case of Somalia they use drones for surveillance, but also for actual bombing. I mean the US has a lot of different allies in Africa that it’s trying to bolster militarily and that’s what that base is for.”

In Somalia, the terrorist group, Al Shabaab has been responsible for a number of acts of terrorism; in a series of recent attacks in East Africa the group has carried out a massacre in Lido beach, Mogadishu and an attempted plane bombing on Daallo airlines.

The US says this justifies the use of drones to kill dangerous terrorists, but an individual who just happens to be at the wrong place at the wrong time can’t be distinguished from the real target.

“One of the things that the U.S has done is basically declare, in almost everything that it does, to be a secret and a lot of journalists think that it should be a secret too – on the grounds of national security,” Greenwald stressed.

He also believes that many journalists know about their government’s secretive activities but prefer not to inform the public, even though it is their job to do so, because their values align with their governments and this, for them, is (arguably) more important.