Living through the Red Wave

The beginning of the 1980s marked a revolutionary era in music. Punks turned into New Romantics, frequent visitors of the Blitz club in Covent Garden, such as Steve Strange’s Visage and Boy George’s Culture Club, became pop stars overnight and the USSR become a melting pot for avant-garde experimental music.

The early 1980s also marked the beginning of Soviet rock and roll regardless of the Iron Curtain. The Berlin Wall – the defining symbol of the Cold War which was culturally and politically stagnating for the Eastern block, represented the worst of the informational isolation that was part of the hard-line political reign of Soviet president Leonid Brezhnev.

His time in office was characterised by his support for North Vietnam in the Vietnam war, the nuclear weapons deal with the US in the 1970s as well as playing a major role in defining the post-war frontiers in Europe, all of which resulted in a strong personality cult by the end of his reign.

“You could beat us, but we’ll keep playing”
Kontrol

He was followed by Yuri Andropov and Konstantin Chernenko who supported the unions and relapsed into growing tensions with the US. By the mid-1980s the USSR was going through a political struggle between conservatives and reformers.

The appearance of Mikhail Gorbachev marked increased openness and democratisation of the Soviet Union – his ideas about political and social reforms of the society resulted into a more open foreign policy and freedom of speech for Russians.

Culturally, his policies led to a more open Western border policy and this resulted into flourishing subcultures.

The old Russian capital, Leningrad, now St. Petersburg, was where iconic and politically charged bands like KINO, Alisa, Aquarium and Strannye Igry became the faces of this political and cultural revolution that would change the world less than a decade later. 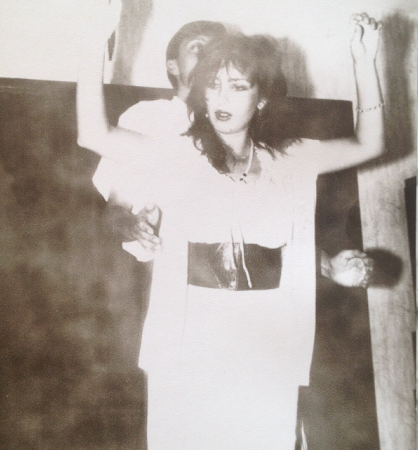 In the UK at the time, the New Romantics and New Wave movements were taking over music charts.

The punk scene has evolved from Detroit in the US and Australia, reaching the English shores and transforming fashion and youth revolt as an expression of power of the masses.

In the early 80s these ideas were transformed with the appearance of Thatcherism, often refered to as a flourishing time for entrepreneurs and vast development of the fashion industry after the Winter of Discontent in the late 1970s.

New wave and synth-pop took over the music scene resulting from the influence of bands like Tangerine Dream and Kraftwerk in the ’70s.

By that time, Bulgaria, which was a country strongly influenced by the Soviet Union but not technically part of it, also became more open to Western culture and music; underground music was represented mostly by smaller post-punk Darkwave bands like Nova Generacia and Tangra during their second creative period.

One of the people who lived through this time was Boyka Savova, who was then in her late 30s and was working in the Ministry of Chemistry – she traveled extensively in the USSR.

She told Artefact that by the end of the 1980s “the regime was getting looser and looser”. Despite being more liberal than other countries, music in Bulgaria was still controlled by the authorities.

According to documentary maker Anton Angelov they were determined to “form a new socialist consumer, who has material and intellectual needs in balance in order to avoid the decadent phenomena of Western consumerist society”. 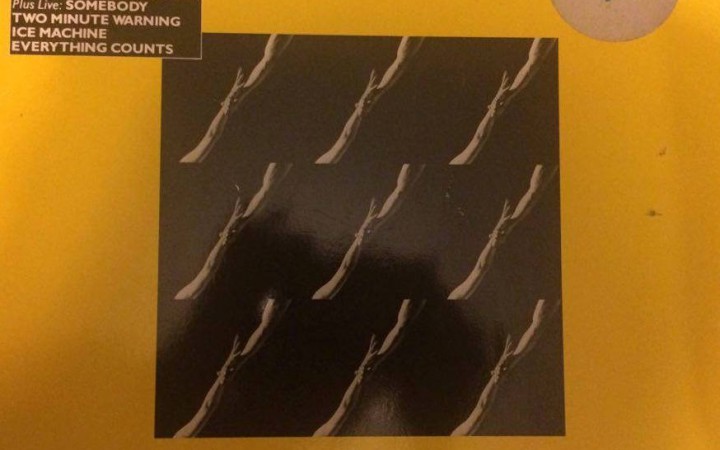 Records by Depeche Mode, Madonna, the ‘Blitz kids’ from Culture Club and many more, were being imported for the Bulgarian music market.

The only official record company, Balkanton, would get the records, track lists and titles translated into Bulgarian especially if they were more provocative.

Madonna’s early hit Like a Virgin became Kato Deva, which referred to virgin in a spiritual and religious way.

Miroslav Milanov, who was still in high school then, told Artefact how he had the opportunity to travel to France on several occasions, and would return to Bulgaria with a few records he purchased there, such as albums by Queen, and would sell them and make enough money to buy a month’s worth of food. 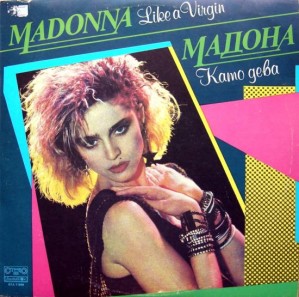 He also reported that there were different gathering spots for the hippies, the punks and the mods.

The punks, for instance, were gathering at “dupkata” (“the hole”) which is a small public parc near The National Palace of Culture.

According to Milanov, “they were only 40 people” but regardless of the small scale of their gatherings, the authorities would still monitor their actions and arrest them and “because they were getting aggressive at concerts”.

He was not personally a fan, but he had attended a concert of a Bulgarian punk band called Kontrol, who proclaimed: “You could beat us, but we’ll keep playing and punk will never die.”

The black market for records was even more underground for heavy metal music – whole albums were recorded over tapes of children’s stories and were distributed secretly so that they would not be confiscated by the police.

Being a man with long hair was also not acceptable; men with long hair had their heads forcibly shaved in public and were often imprisoned, paradoxically, in the catacombs beneath the National Palace of Culture and the iconic Soviet monument in the very heart of Sofia.

The appearance of numerous Soviet bands marked this youth rebellion and announced the New Wave proclamation for freedom and political and cultural liberation from the oppressing regime.

A number of iconic Soviet bands became the voices of this new generation as the Berlin Wall fell and the world changed forever:

Strannye Igry was the first Soviet band to popularise and mix ska, punk and reggae. They were founded in 1982 and gained huge popularity when Californian musician Joanna Stingray flew over nine times to the USSR to collect pictures and videos of the emerging rock and roll scene. As a result, the collective album Red Wave: Four underground bands from the USSR was released in the US in 1986 and attracted media attention to the music scene in the heart of the Soviet block.

Known as one of the most influential bands in the Eastern block, Idoli’s single VIS included Modigliani’s picture Nude as the cover for their record. Having sensed “the wind of change” coming from the future collapse of the USSR, this band was one of the few who were publicly raising awareness on homosexuality in their song “Redko te vijdam sa devojkata” (“I rarely see you with the girl”).

Founded in the 1987 by Bulgarian poet, composer and bass player Dimitar Voev, Nova Generacia is a post-punk and Dark wave band which gave voice to a new generation of young musicians and bands of the time like Revu. The band existed until Voev’s death from cancer in 1992 and was heavily influenced by Western bands like Depeche Mode, whose records were imported into the Eastern block. Known for recording on rooftops and secret locations, the band marked Voev’s death anniversary in 2012 with a series of talks about the subcultures in Bulgaria in the beginning of the “transition” period in the early 1990s.

Even though this band existed for a relatively short period (1989-1994), Violetov General (Violet General) was a one of the bands which created the sound of the rise of democracy in Bulgaria after the fall of the Berlin Wall. Originally with six members, Violetov General eventually established itself as a duo who became known for their experimental approach to music.

The appearance of the band coincided with “Perestroika” (Listening) and the new idea for the voice of young people. KINO’s lead singer Victor Tsoi’s tragic death was one of the reasons for the mythologisation of the band. He died in a car accident without any publicly or any investigation. His simple and politically-charged lyrics inspired a whole new generation of artists. Their song Gruppa krovi (Cattle of Cows) was named one of the 40 most influential songs in 2007.

Kuryokhin’s work has been regarded as one of the few avant-garde acts in Russia in the 1980s and 1990s during Mikhail Gorbatchov’s government. As a composer, he was experimenting with keyboards and piano and explored experimental jazz. His most notable works include the soundtrack music for Two Captains II and his concert acts with another then-famous electronic band called Ensemble Pop-Mekhanika.

Dubbed the Russian David Bowie, Boris Grebeshnikov is the founder of the iconic Soviet band Akvarium. Despite the controversial and difficult existence of rock and roll behind the Iron Curtain, he has been refereed to as its “grandfather”. Among his famous fans was Bowie himself. Akvarium’s usual concert venues were friends’ apartments. After the second half of the 1980s the band started legally recording and distributing records with the support of Gorbachev’s government policy for a more open and transparent society (in Russian,  “glasnost”). Akvarium kept recording in English after the collapse of the Soviet Union.