Lucy Rose, the folk singer-song writer from Warwickshire now has two albums under her belt and is currently on a tour of acoustic shows. Artefact caught up with her to talk about the album and her earlier career.

Having played Heath Street Baptist church in London on March 3, it was surprising to hear that Lucy had actually quite disliked the idea of playing in a church because she felt that as her music had developed with her band, she couldn’t rock out with them, and playing a drum kit in a church is impossible.

However with this particular acoustic tour, Lucy decided a change was in order: “I just decided to push myself and see if I could still do it, and not be restrained to always playing gigs with my band. Actually for me on my own and a guitar, there’s nothing better acoustically than churches.”

For Lucy, these intimate gigs allow the chance to actually have conversations with an audience, because when you are performing on a stage to many people, you can often feel detached from each other. She describes intimate gigs as being like sitting in someone’s living room and playing the songs that they want to hear.

Having toured many small and large scale music venues, Lucy recalls favourite venues, one being The Electric in Brixton due it still having an sense of intimacy even though it is of a larger scale.

But when it comes to having a venue close to the heart, Lucy says the Old Queens Head, in the little room upstairs where acoustic acts perform when they are in the early stages of their career. 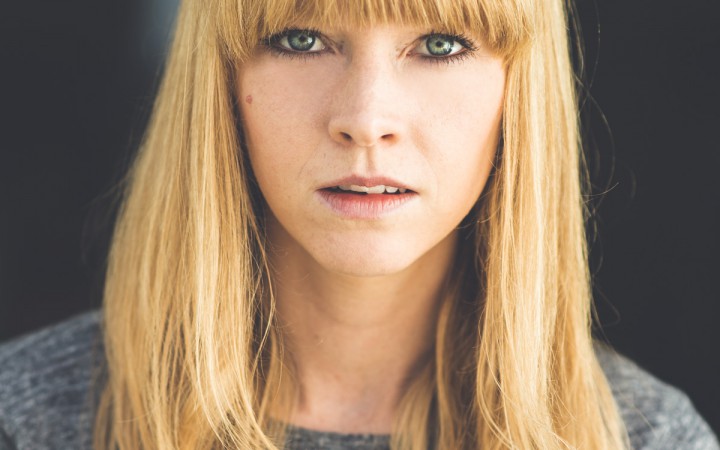 Work It Out, Lucy’s second and latest album was released a good few years after her first album Like I Used To. Lucy says that she actually had 15 songs recorded for the album by December 2013 but as the label were pushing for more songs she had to keep going so that the label were completely content with the album.

Lucy told us that she could have released Work It Out a lot sooner and then progressed naturally to working on her third album, but it’s all a learning process!

When talking about finding inspiration for lyrics Lucy says “It’s one of those things where I think you either love it or hate it, because some people are probably fed up of me singing about myself or about things that are important to me. But when I’m listening to songs, my favourites are the ones where those artists are doing that, and I know that whatever they’re singing about is important to them”

When writing songs, she tends to go from what she is inspired by musically and then attempts to rid any nervous feeling towards opening up lyrically.

My Life, a track from Work It Out, most definitely hits home for Lucy, calling it a breakthrough track in regards to her song writing. At the time she was thinking about what the album was missing, what was needed from the song in order to fit the album and what song writing actually is.

[pullquote align=”right”]“I guess you want the record to be as good as possible and be given the best chance. I’m still learning.”
Lucy Rose[/pullquote]“I think with that song it almost cleared it up for me better than if I had just spoken about it or talked about it in my head. These words just came out, you give everything you’ve got and you to try and make the best music you possibly can, and the most honest music which hopefully connects to people, and people can find comfort in music in whatever way, and that kind of sums it up.”

She explains that if a lyric is used more than once it often means that certain lyric is the most relevant to her life and has the most meaning. During the second album Lucy was working out what she wanted from the album and also from life in general so the album title followed naturally.

Our Eyes, the music video where we see Lucy covered in dog food and dressed in a grass suit with pony’s in a field.

Confused? So were we until we asked what the hell this was actually all about!

“That just came from I can’t act and I can’t dance, so it was like right what the hell can I do? So I just dressed up in loads of food and I was like I can do that, I’ll give it a shot. And that was it.”

[pullquote align=”right”]“With Bombay there was no pressure and I could just be in the background. With mine I’m at the front and the pressure’s on – but I guess that’s why I like it.” Lucy Rose[/pullquote]

Going back to Lucy’s early career, it seemed to pretty much start at The Old Queen’s Head where Lucy spoke about her music to Jack Steadman of indie pop band Bombay Bicycle Club.

Jack liked her music and remixed one of his favourite songs of hers. Which cues the beginning of Lucy’s place on tour with Bombay Bicycle Club.

When speaking about touring, Lucy says that touring with Bombay and touring as a solo artist are completely different. With Bombay she was, in a sense, tagging along without the pressure of ticket sales that she now has to endure.

According to Lucy we may be seeing a third album next year if all goes to plan and we’ll hopefully be seeing her at some festivals this summer.