Tens of thousands of locals and visitors have been celebrating Chinese New Year by marking the beginning of the Year of the Monkey with traditional food and festivities in London.

Nearly half a million people of Chinese descent currently live in the UK, which makes the celebration in London one of the biggest in Europe.

Chinese New Year is based on the lunar and solar calendars, with each year represented by a different animal of Chinese zodiac.

This year’s celebrations mark the arrival of the Year of the Monkey, the ninth of the 12 animals used.

The UK Prime Minister David Cameron sent his 2016 Chinese New Year Message via the 10 Downing Street Youtube Channel: “I want to send my best wishes to everyone around the world celebrating Chinese New Year.”

The growing relationship between Britain and China is shining brightly; according to Cameron, the Chinese President Xi Jinping’s visit in 2015 had been heralded as “the start of a golden era” in the relationship of the two countries.

As the government’s financial record has shown, China remains one of the UK’s major trading partners, investing more than £13 billion since 2005.

There are also thousands of Chinese students studying at British universities, more than 200,000 Chinese tourists visited the UK in 2015, and Britain is quite keen to improve on those figures.

“The British Chinese community more than makes its mark – and never more so than at this time of year. So as the lights go up, the parades begin, the music starts and families gather together. Let’s celebrate everything we are achieving together, and let me wish you the very best health and happiness for the new year”, said Cameron in his video.

But for those attending the festivities, those education, business and tourism statistics were not at the forefront of their minds.

The Chinese people themselves simply want the UK to experience a small, unfiltered slice of the traditional culture and country during Chinese New Year festivities. 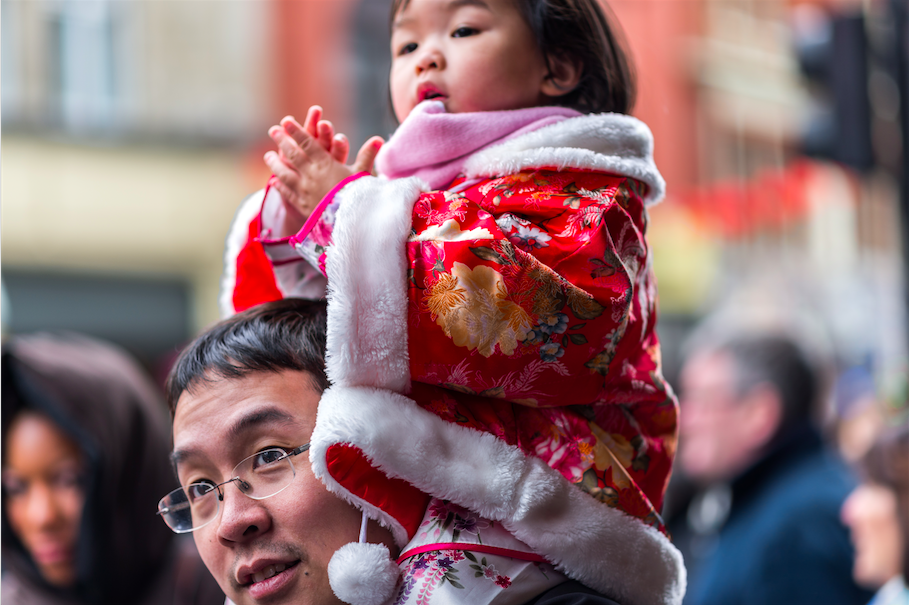 On Valentine’s Day, the 6th yearly festival was held in Trafalgar Square by London Chinatown Chinese Association (LCCA) and the UK Chinese embassy, supported by Mayor of London and Westminster Council.

Unlike western Christmas, the celebration of Chinese New Year lasts more than 15 days with different traditions on different days.

More than 58,000 light bulbs and LEDs have been used to create more than 50 handmade giant hand-sculpted lanterns, including a 66 metre-long dragon stretched out across the edge of the lake.

The lanterns took 300 days to make and have been crafted from 50 tons of steel. All the installations were made in China – which means they’ve travelled 5,000 miles to London in 22 containers.

The Magical Lantern Festival is taking place in Chiswick House Gardens, Chiswick, London, W4 2QN. It’s open from 3rd February to 6th March 2016, closed on Tuesday 23rd Feb & Monday 29th Feb. The last entry to the route is at 8.45pm and the festival closes at 10.00pm. You can buy tickets here.

ASMR: Why do strange sounds feel so good?

By Jiaqi Zheng
1 Mins read
Join us as neuroscientist Paul McGeoch and ASMR content creator Rita to discover the the magic that ASMR perform in our brains.
AudioLife

By Jiaqi Zheng
1 Mins read
By listening to the story of a former bully, discover the reason and solution of school bullying with psychologist Paul Smith.
News

By Sophie Patrick
5 Mins read
An in-depth look at the 117th National Western Stock Show in Denver, Colorado, and at what makes this once-a-year event so special.