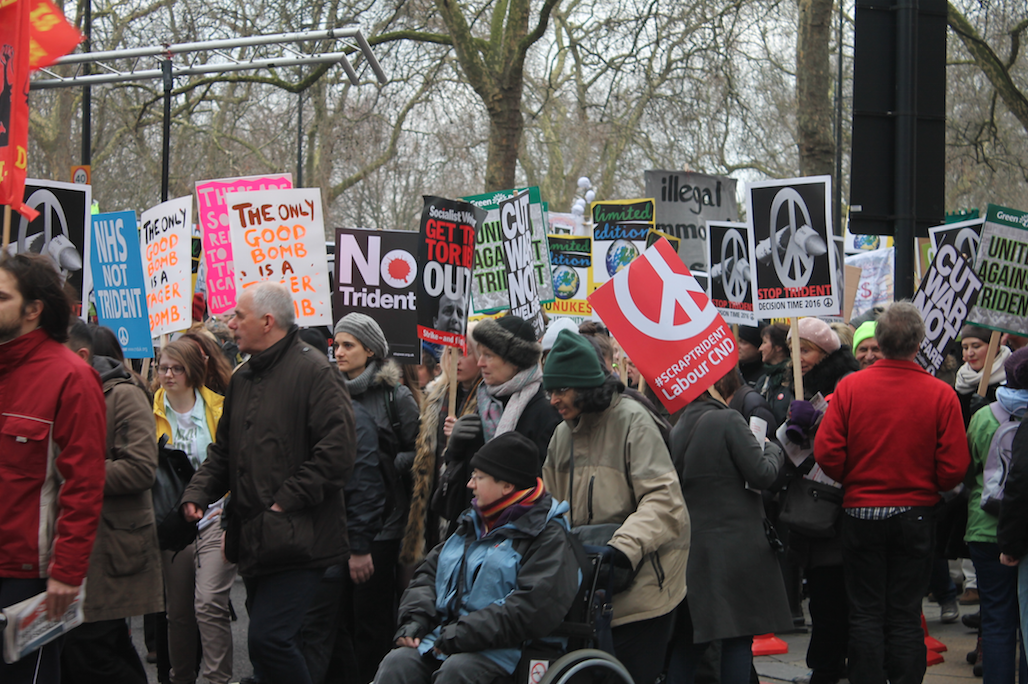 Thousands of protesters have taken to the streets of London to stage the latest march against the renewal of the UK’s Trident nuclear weapon system.

The protest saw tens of thousands of people gather at Marble Arch and march towards Trafalgar Square. 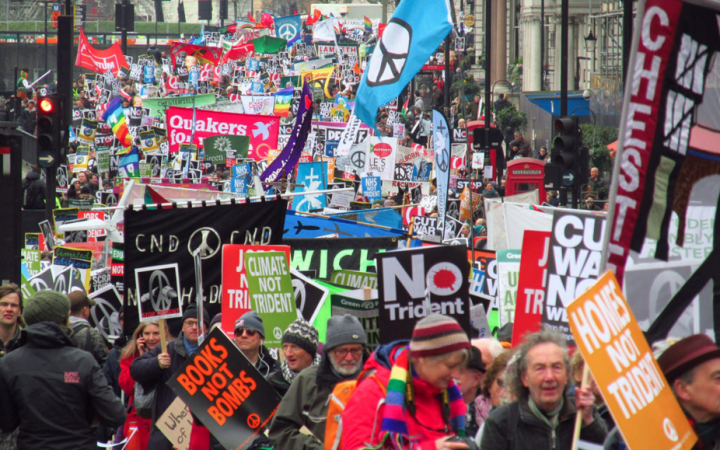 The event was organised by the Campaign for Nuclear Disarmament.

Kate Hudson, the CND’s general secretary said: “The scale of the international support we are receiving shows that Trident replacement is not just a British matter: our nuclear rearmament is of enormous concern globally.”

The Stop Trident demo was said to show the “real determination across British society towards a nuclear weapons free world.”

The protest concluded in the heart of London, which saw Trafalgar Square turn into a sea of people holding up banners opposing the trident renewal plans.

The event was supported by the likes of Jeremy Corbyn and Nicola Sturgeon, with even the National Union of Students voting to support the national demonstration against Trident.

Corbyn, who believes in a nuclear-free Britain addressed the campaigners at Trafalgar Square, setting out the consequences of renewing Trident.

“I think everyone who is about to make a decision on what we do about our nuclear weapons should think about the humanitarian effects on wholly innocent people anywhere across this globe, if they are ever used,” Corbyn told the demonstrators. 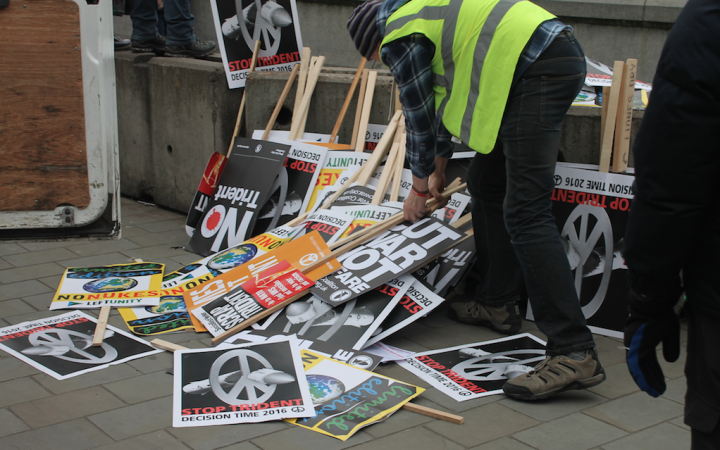 Campaigners are hoping to eliminate British nuclear weapons and oppose all nuclear and other weapons of mass destruction. They are striving to create a “genuine security for future generations”.

The march was a big topic of debate on Twitter and saw #stoptrident trending for two days.

A Commons vote on the renewal of Trident is set to be held later this year.

All images by Nora Asad