UFC: Time to sit up and take notice 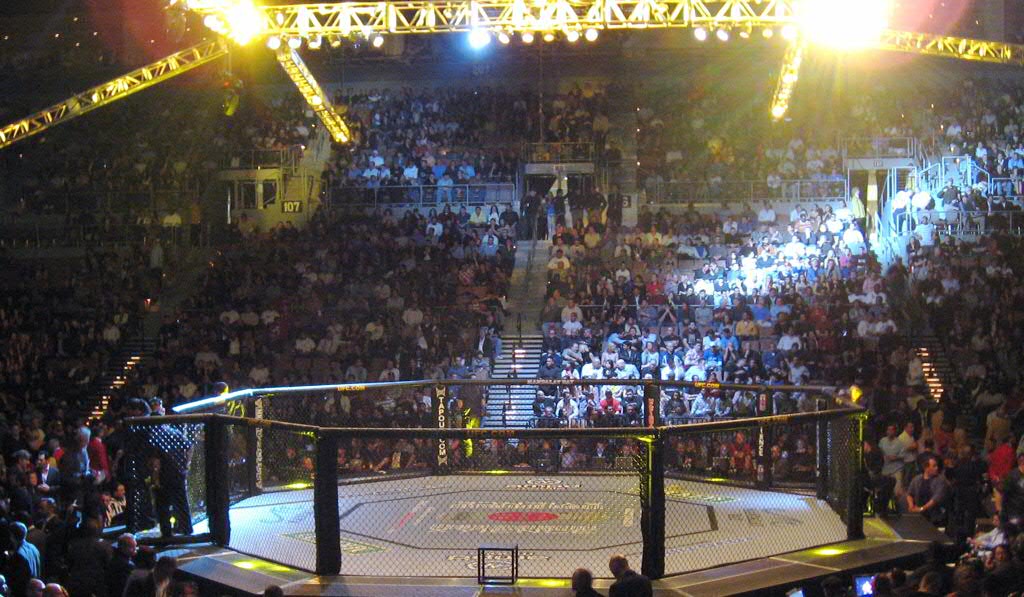 The Ultimate Fighting Championship (UFC) is the fastest-growing sports organisation in the world.

It only began in 1993 as a mixed martial arts event, but has matured into one of the most impressive institutions in the fighting world.

For those who don’t know, the UFC have five classes where fighters contest in a octagon surrounded by metal fencing, with three judges that assess the bout from different locations around the ring.

According to Dana White (the president of the UFC), the expansion of the sport was prosperous because it was never meant to happen. “That show was only supposed to be a one-off. Well, it did so well on pay-per-view they decided to do another, and another. Never in a million years did these guys think they were creating a sport.”

UFC has massively burst to life in the last few years, with warriors like McGregor and Rousey taking the world by storm.

Most notably Connor McGregor, who posseses an ever-growing fan base, has become one of the most media-obsessed fighters of late. You can’t log onto social media without seeing a retweet, video or article about the irishman. His fans love him.

McGregor, who was perviously a plumber, has risen up the UFC ladder in a remarkable fashion. He most recently triumphed over Jose Aldo in a record 13 seconds to take the UFC title.

On his hunt for further UFC greatness, McGregor has gained 12 kilogrammes (25lbs) to move from featherweight to welterweight.

Self dubbed “The Notorious”, he was meant to fight Rafael dos Anjos before he dropped out due to a broken foot, yet he now faces a confident, relaxed opponent in Nate Diaz. But can he be the man to stop him in his tracks? 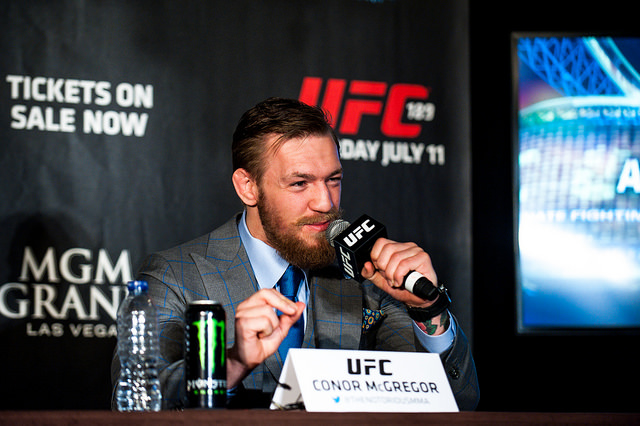 In facing Diaz, McGregor comes up against an opponent who has 10 losses to his name. Born in Stockton, California, Nate is the winner of the Ultimate Fighter 5. Despite this McGregor is the overwhelming favourite with most bookmakers.

Although Diaz has admitted that he might “get murked” by his opponent, this fight might not be a walk in the park for McGregor.

Diaz, unlike his enemy, has fought his whole profession at lightweight and welterweight. Diaz can take a punch or two so expect to see a closely-fought affair; this one should be a well challenged tactical fight.

While both fighters are well known for their trash talking and brash attitudes, McGregor (the master of mind games) uses pre match conferences to get into opponents heads, a tactic that worked well in his favour against Aldo. It seems that it might be working against Diaz.

Whatever happens between these two, UFC is on the rise, its a sport that caters for the fans and its future is bright.

Diaz and McGregor come face-to-face this saturday night at MGM Las Vegas, with the main card at 3am live on BT Sport 2.

Do not miss it.

Who? Connor McGregor vs Nate Diaz

How the pandemic boosted micro-influencers