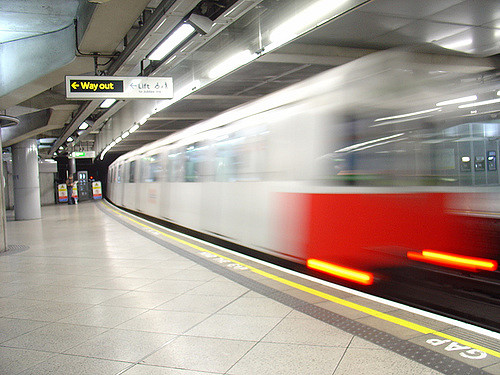 Finally, the long wait for Night Tube at the weekends on five lines seems to be going ahead after Transport for London (TfL) and the Rail, Maritime and Transport Union (RMT) reached an agreement.

The Night Tube was originally meant to begin on September 12, 2015, but was delayed due to strikes and drivers’ rejection to new working conditions.

According to the London Evening Standard the new service would not be available until early in May 2016. Passengers will be able to travel on Friday nights and in the early hours of Saturday and Sunday mornings.

The union said 84 per cent of its 10,000 members voted in favour of the offer, described by the RMT as a “fair deal.” The deal includes a two per cent paid rise in the first year, plus a one-off payment of £500 for staff working during the Night Tube shifts.

This is good news for the city that never sleeps, the night service would not only be beneficial to partygoers but late night workers.

Staff from restaurants, arenas and bars would no longer have to run for the last Tube home. No longer will staff from clubs have to pay 10 times the amount for a cab journey or even go through the stress of a long night bus journey.

The service would improve the commuter’s journey, for many people who work in central London during night-time that live further out in London.

Its supporters say that the Night Tube service is a plus for London’s vibrant night-time economy with many benefits from new jobs and longer working hours.

A report prepared by Volterra Partners for TfL and London First September 2014, shows how much the new service will benefit London’s night-time economy:

It is estimated that the Night Tube will lead to a gross impact of 1,965 permanent jobs. The net additional output produced as a result equates to an additional £360 million over 30 years (a standard length of time for a transport appraisal), which would increase the Benefit Cost Ratio (BCR) to approximately 3.9:1 – greater than TfL’s own estimate.

The way that the Night Tube can really add to the scale of economic activity and money circulating in the economy is by making London a more attractive place to live, work and visit – so that more people and businesses locate and invest here, and more tourists visit and spend money.

Tourism was worth £16 billion to London in 2013 and for every £1 spent in London by a tourist, 78p is spent by an overseas visitor.

Even if the Night Tube only has a marginal effect in retaining London’s position as a top destination then it’s supporters say it will be beneficial.