No hats, no hoods, no blacks: Nightclub racism 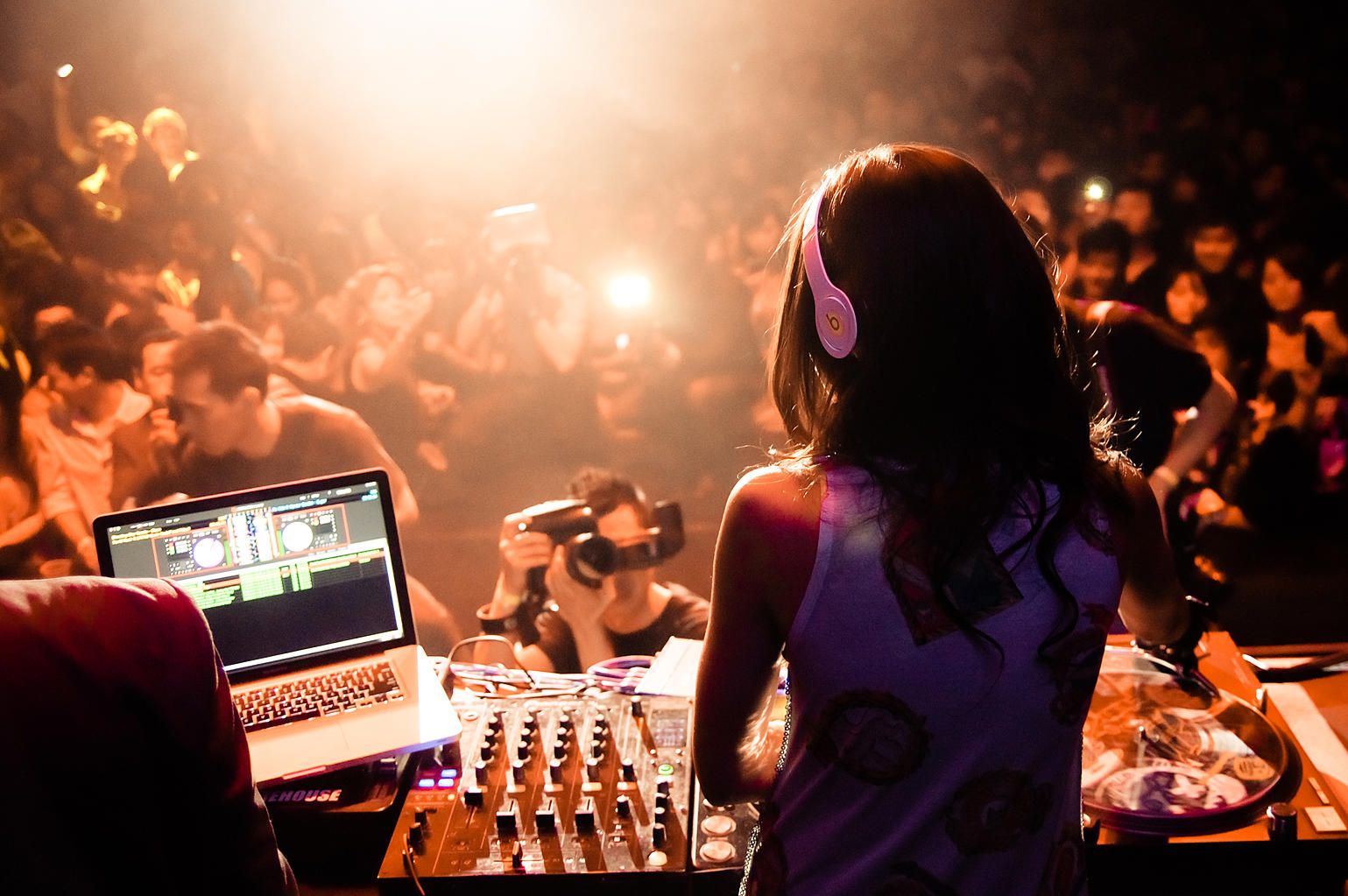 Some club owners today say that they would rather not let black people and partygoers of ethnic minorities into their clubs as they are sometimes seen as violent and troublesome, although there is very little proof of these claims.

Many argue that this is not the case and club owners are using this as an opportunity to prevent the entry of black people into their clubs.

The ‘no hats, no hoods and no trainers’ policy are the type of rules that are expected in London’s leading clubs, but, with this view, they may as well take a ‘no black people’ attitude too.

In September 2015, Zalika Miller and her friends were refused entry into Dstrkt, a club in London’s West End, despite being on the guestlist.

The reason for their refusal was due to the fact that one of the girls was “too black,” as they were told by a promoter before they got to the door. 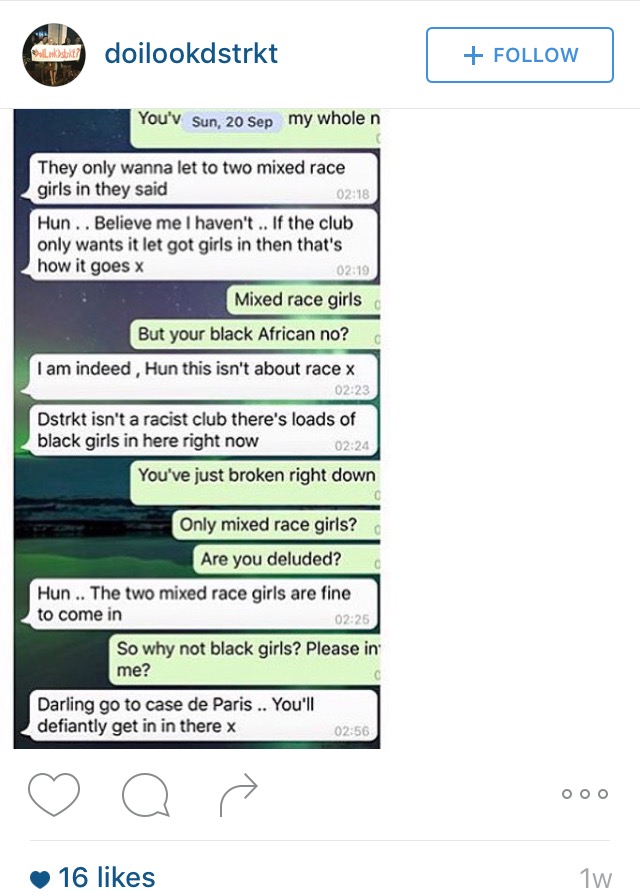 The girls then decided to take matters into their own hands by posting a conversation with the club promoter on Twitter, who informed them as to why they were refused entry to the club.

The reason given was simply the colour of their skin. The tweet went viral and trended on Twitter, where many users vented their frustration on an issue that has largely been ignored by the mainstream media.

This later led to two peaceful protests outside the club and many partygoers demonstrated their anger about the treatment of ethnic minority groups.

There are many reasons to why clubs refuse these minorities; high-end clubs in Central London want to attract the rich, white, middle class punters, while clubs in multi-cultural areas in London fear violence from the ethnic community, especially black people.

Another club called Marketplace in Oxford Street decided to change the type of music they played as they alleged that in the past it attracted people of an ethnic background that became troublesome.

However, are black people really the reason for violence in clubs? Or is there a bigger issue such as the area in which the club is located or the choice of music that attracts the wrong groups of people?

Artefact spoke to a number of young people on the streets of London and asked them about their thoughts on this issue, and asked a simple question:

Do you believe that violence in London nightclubs is caused by black youths or ethnic minorities, the music choices that provoke aggressive behaviour or do you believe it is due to other factors?

“Neither by the music or black youth, it’s due to conflict in groups and interest. Urban music played in different clubs can sometimes tend to change the behaviour of young people, especially when under the influence of alcohol but not necessarily all results in violence. Also other factors, such as drugs and the behaviour of individuals.”

“I think it is ridiculous how society likes to pick on one group of people, I definitely do not believe it is due to black youths. It is more so to do with young people in general that cannot handle their drink. I’d say obviously when people drink alcohol they have this fake sense of confidence and do things they wouldn’t usually do.”

“I think the violence is caused by drinking, no matter if you are black or white. The media just likes to cause controversy when it is to do with black people.”

Jessica Poudy, 20, student at the University of Hertfordshire
“I believe it’s due to other factors as opposed to segmenting it to black youths. The music choice in clubs does not make sense, since all other races and genres of music are just as equally able to get into violence. I believe it can range from how someone has been brought up or the amount of alcohol they have consumed during the night.”

Jamal Thomas, 21, student at Brunel University
“Of course other factors, such as alcohol and drunk people or someone is high under the influence of drugs. I wouldn’t necessarily say it is because of black people, that is just picking on a minority group to cover up other issues that are really the cause of violence in London nightclub’s. Using black youth is just a racist remark.”

Artefact also spoke to Shaequan Bell, a 21-year-old student, who had experienced discrimination in a London club.

Bell was out in Hammersmith, a fairly affluent area of London with not many Asian or Afro-Caribbean minorities, with a couple of friends – they tried to get into the Be at One bar, but were refused entry by the bouncer.

“The bouncer just looked at us like ‘No,’ he said. We asked why, because the club was kind of empty, and he wouldn’t give us an explanation, he said ‘the manager doesn’t want to let you guys in’.”

“I think it was due to the fact that we were all guys, or because we were black guys,” he continued. “We weren’t being rowdy or anything like that, we were just trying to get in.”

Apart from the Dstrkt incident, there has been no other evidence that London nightclubs enforce racist door policy mainly due to the fact that not many clubs will admit to doing so. Dstrkt themselves denied there was a ban on ‘dark women’.

The racial discrimination in London nightclubs is an issue that seems to be being ignored by the clubbing culture and the media.

It is so hidden that it has become acceptable and is no longer challenged, and will continue to be an on-going issue if it is not addressed.

Featured image by Trouni via Flickr CC – Thanks also to Lin Mei.