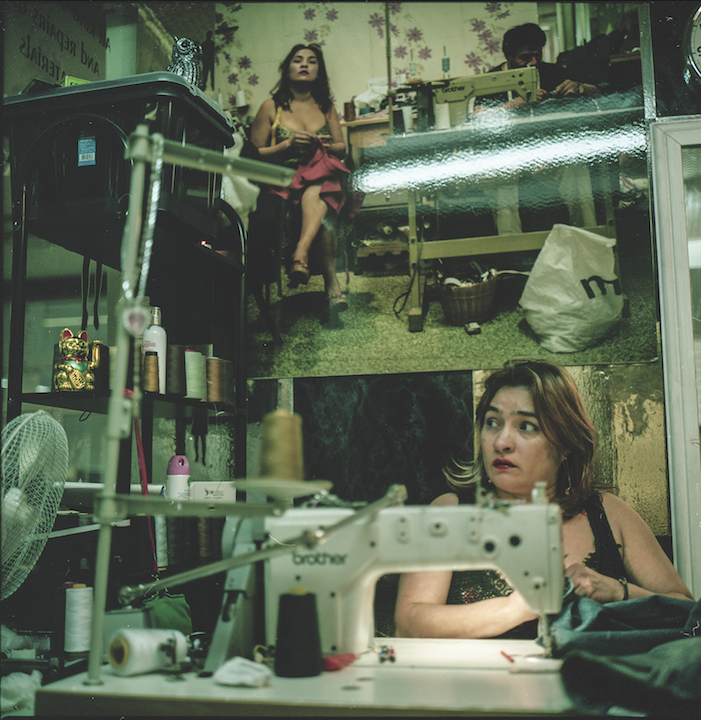 Andres has closed many doors in his life but this time the slam will sound much harsher. Soon he, along with many other Latin American owners of restaurants and shops inside the Elephant & Castle shopping centre will have to shut their doors forever.

Southwark council has invested £3 billion into the area as a part of a regeneration plan; the first building to be demolished will be the shopping centre.

The mall has been bought for £80 million to be renovated into flats and shops, by 2018. London College of Communication will also be playing a part in the project, as it plans to relocate to where the shopping centre is.

The council has promised to introduce a green and environmentally friendly area, with tree-lined streets, and reduce the traffic. 5,000 new and replacement homes will be built and up to 450,000 square feet of retail space will be provided.

The reshaping of the neighbourhood is already very noticeable. As the building have begun, more and more blocks of luxury flats appear on the cityscape of what used to be described as an “ugly” and “dangerous” area.

George Lee a 34-year-old banker from London has just bought one of the million-pound flats, will he be happy to share the area with someone like Eber, who moved to Elephant and Castle from Colombia in hope for a better life?

For George this is only one of their many investments. For Eber, who has recently arrived in the area, this will be the only investment in his life. But for him living here will soon be too expensive.

Like Eber many other Latin American residents in the neighbourhood don’t know much about the future of the area but they believe the change will be for the better. 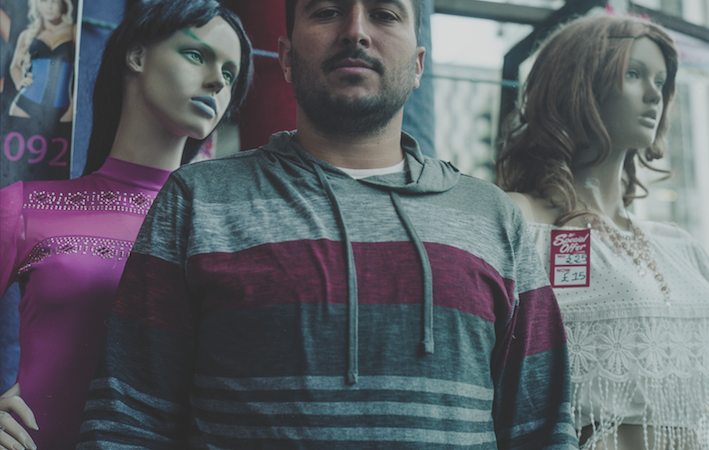 Henry Duque outside his shop Topless

Henry Duque a Colombian owner of the clothing shop Topless is one of them: “The community is growing and the opportunities are growing as well. I think that the changes that are happening will create more opportunities and employment for our community. I think that the regeneration process is very positive. Everything in the world changes and we need to adapt to these changes and make the best out of them.”

She is aware of the potential negative impact of the changes: “I think that Elephant & Castle will become boring and like any other neighbourhood with big brands, a shopping centre like Westfield, full of hipsters and middle class families who would have not dare to come to Elephant & Castle before, full of empty luxury flats owned by Middle Eastern multi-billionaires. Property rent will become non-affordable and shop unit reserved for “economically viable” businesses as the property developers say. I don’t think that small family-run business and units have been offered affordable alternative yet in the area.” 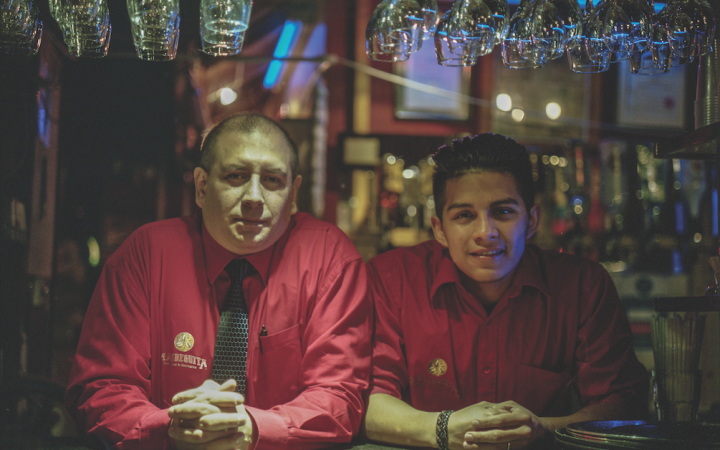 The neighbourhood that now hosts more then 80 Latin American shops and restaurants has become much more  than a business area, as Guyon says: “Elephant & Castle has become the point of reference for Latin American community, a place where you come to socialise, meet your friends, find a job, ask about NHS, GP or a room to rent, read Latin American newspapers, smell and enjoy traditional food and flavours, dance or watch football”.

Claudia Bernal, owner of Nicole’s alternations inside the Elephant & Castle shopping centre was one of the people who came to the area in the early 1990s.

Today after years and years of hard work, her future is uncertain: “No one told us anything about what will happen to us, we don’t know when we will have to leave and if they are going to relocate us somewhere else. We are waiting for the council to give us some updates and to tell us what will happen to us. I am really hoping that the council will help us. To start a new business from zero would have an enormous cost and I don’t have the necessary economical resources.”

Southwark Council was the first one in the county to officially recognise the influence of its Latin American community, which suggests it must have taken into consideration the needs of the community.

Nevertheless, it seems that some local businesses were not very aware of the implications the council’s regeneration plan would have on them.

One of the plans that many local retailers and restaurant owners have heard of is the one proposed by Latin Elephant, a charity that promotes the integration of ethnic minorities in regeneration processes in London.

Their proposal is to provide a range of facilities specifically to cater for the needs of the Latin American community, to preserve the long-standing culture in the area. One of the ideas is to regularly organise a food and craft market with Latin traditional products.

Ingrid Guyon who was also one of the contributors of the charity said: “I think that Latin Elephant initiative is vital for integrating the LA community in the process of regeneration of the area as it allows dialogue, awareness about the situation, support for retailers and feasibility studies. Urban regeneration is really complex and uses technical language, specific laws and professional networks that are not accessible to everyone. I think that Latin Elephant team can help bridging this gap and influencing the decision makers.”

Is the Latin Elephant proposal a solution? Ingrid Guyon said: “I think the only people who can answer this are the urban planners and decision holders. We can say everything we want; the reality is that we do not have the power or the money to take the decisions. Some part of the community will be pushed away for sure but some will manage to stay and secure new premises.” 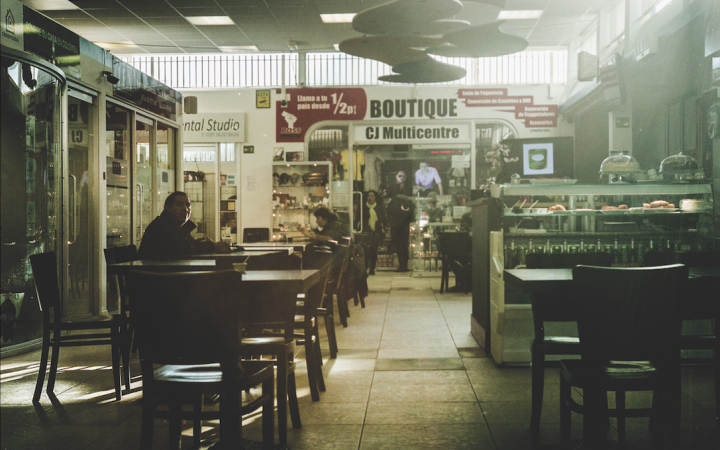 Johanna Alvarez, owner of the shop CJ Multicenter in Elephant & Castle is trying to keep her business and adapt it to the new clientele: “This area will get very expensive and the taxes and the rents will get much higher. This will definitely affect the small businesses much more than the bigger ones. However, with my shop in particular I will try to renovate it and to make it more appealing for the new people coming into the area.”

Andres Mendez, a well-known personality in the Latin American community, now manager of the restaurant ‘La Bodeguita’ in Elephant & Castle, clearly explains that many others will find it difficult to adapt to the new conditions: “It’s going to be hard especially for those who don’t really speak English like people who work in the kitchen. Also, for people who are older or for those who are sending money to their families back home. Many business owners will have to start again from zero after working hard for so many years. A young person could do it but an older one wouldn’t be willing to.”

Andres Mendez came to the UK from Colombia 14 years ago. The main reason was that he wanted to go further with his studies of media and journalism.

In his country he was a famous TV presenter and when he came to Elephant & Castle most people already knew him. He received such a great welcome from the Latin American community and decided to stay longer.

Since then he has been working in many different fields but he has always kept a really strong bond with the community.

He used to run a media company called Extramedia covering a wide range of topics regarding Latin American countries. “It’s very important for these people to have a platform that allows them to keep updated with what is happening in their homeland. In particular for those Latin Americans who came here to work. These people dedicate all their time to their jobs. Most of them work from three or four o’clock in the morning until ten o’clock at night. Obviously, with these rhythms of work finding the time to keep in contact with their countries it’s very difficult.”

Andres’ intention is not only to inform his community but also to create a bridge between English and Latin American cultures. “We want to show to English people what Latin American culture really is. It’s very different from what you hear in the media especially about Colombia and its bad reputation for drugs. We want to show a different side of Latin America, the one that not many people know about. For this reason we launched a magazine called Latino Times, which is published in English and Spanish.”

For some like Johanna, owner of the shop CJ Multi-center in Elephant & Castle, the road to integration is still long: “I don’t think there is much integration at the moment, I don’t really see many English people coming in this shop. I just hope that with the new reforms things will get better in that sense.”

However, in comparison to the past things seem to  be getting better. A senior lecturer at London College of Communication, Patricia Diaz, who is Colombian herself said: “Integration is better now. I think that first generation of immigrants were a bit more timid and shy in the way they were interacting with English society. Second and third generations of immigrants who were born here are able to speak both Spanish and English therefore for them integration is definitely easier.” 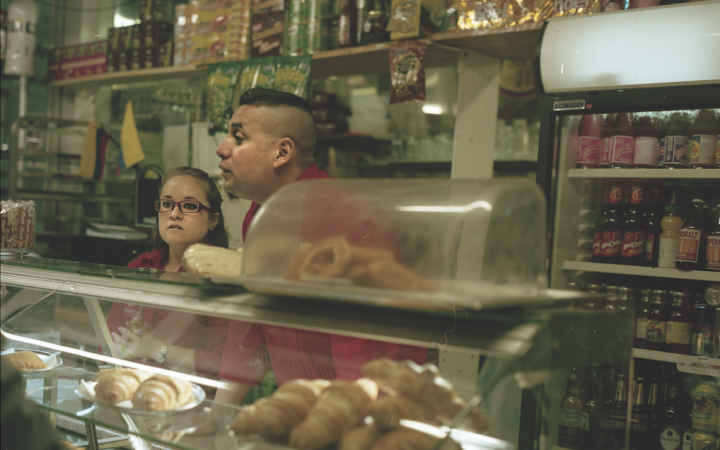 London has provided great opportunities for many Latin Americans to create a “Little South American” hub, making them feel more at home, despite being very far from their origins.

In return, this community has had a lot to offer themselves, which has a real value, especially for those unaccustomed to the English lifestyle.

Ingrid Guyon agrees: ”Being with Latin Americans makes me forget that I am in Europe and they make me happy. I admire their positive attitude towards life, their contagious joy, their generosity, friendliness and warmth. I feel at home with them. I come from a sunny, warm and colourful place in South of France and arriving in London was quite depressing! I love the way they gather around food, music and dance and how they open their door to anyone.”

The idea behind Lend Lease (the construction company that is collaborating with the Southwark Council)  is acutely expressed on their website: “Our ambition is to create a place full of life in Central London’s new green heart. A vibrant, established neighborhood, where everybody loves to belong.”

To belong to a place means to accept and to respect its history. Beautiful homes and beautiful shops on their own are not enough to determine the quality of life of a place.

Especially if the new constructions will wipe off the history of the neighbourhood making it look like just any other place in London.

All images by Theodore