The story behind #KillAllWhiteMen 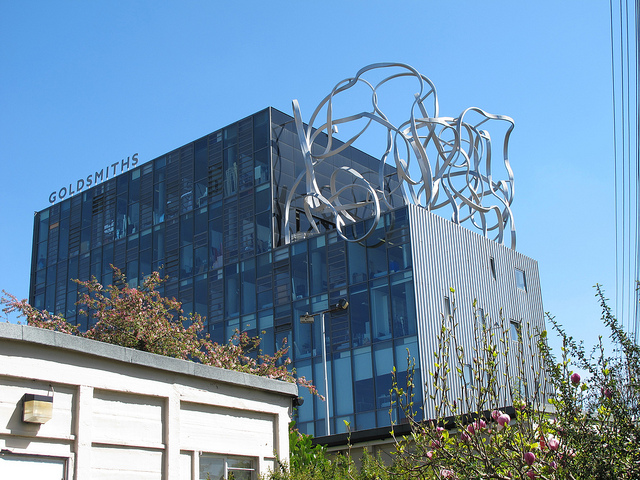 What followed this particular tweet was a media frenzy, and one that raises some serious questions about contemporary society and how we interact with modern social media.

It is a place where many express their views and opinion about issues. However, many forget that serious consequences could follow, which may threaten and arguably offend individuals.

At Goldsmiths Mustafa was entrusted with organising a student union meeting intended for minority ethnic women and non-binary attendees.

Mustafa was initially accused of racism for asking white men not to attend a student union meeting, followed by a problematic race row, which saw her accused of using the hashtag #KillAllWhiteMen on her Twitter account.

This has since been deleted, though she denied tweeting the hashtag.

“Just to clarify, there was never any evidence to suggest that I had in fact, even tweeted it, not that I condemn the use of the hashtag, but just that it never came from my account. That tweet from me doesn’t exist on Twitter,” she said. The charges were later dropped.

By her own account she can be viewed as an “angry feminist” who identifies herself as a “queer, anti-racist feminist killjoy”. It was this passion, which apparently sparked a row and the accusation of Mustafa sending malicious and racist comments.

Mustafa did not want to be interviewed by Artefact, but she told Vice: “The #KillAllWhiteMen hashtag is something that a lot of people in the feminist community use to express frustration.”

In a YouTube video at the final Student Assembly of the academic year, Mustafa gave her opinion on the issues raised by the hashtag.

The hashtag #KillAllWhiteMen is widely used in certain discussions and many believe that in Mustafa’s situation, it was taken out of context.

Many agree that Mustafa meant no harm if she did allegedly tweet #KillAllWhiteMen. She had no motive in taking part in any radical actions against white men.

Moreover, no white men felt threatened or intimated by her tweet. Despite her intentions, many received the hashtag with mixed opinions.

Robert Sharp, head of campaigns and communications of the writers’ association English PEN, argued in an e-mail to Artefact that “Mustafa meant no threat”. He also mounted a defence on his personal blog, and in the national media, as a spokesperson for English PEN.

“I do not think the hashtag was a ‘credible threat’,” he said.

“Part of this context is whether those other groups have experienced actual violence in the past.

A hashtag referring to the holocaust or to racist lynchings has a different context entirely to #KillAllWhiteMen, which might change your view on whether a hashtag is a ‘credible threat’.

“Free speech, however, does include the right to offend. This is not just for the benefit of fringe groups – sometimes, shocking and offensive words and images are the best way to adequately convey anger and emotion.”

However, not everyone agrees with Sharp. Some believe Mustafa’s tweets are the type of comments that lead individuals in taking part in radical actions.

Andy Keene, a student from Birmingham, started a petition against Miss Mustafa with 27,145 supporters.

Writing on Change.org he said: “This is a very serious offence and it is not something which has been done for individual debate, it is forced segregation by a so called ‘Diversity Officer’ whom calls for the murder of a race due to their skin colour and gender using the university name on a public platform.”