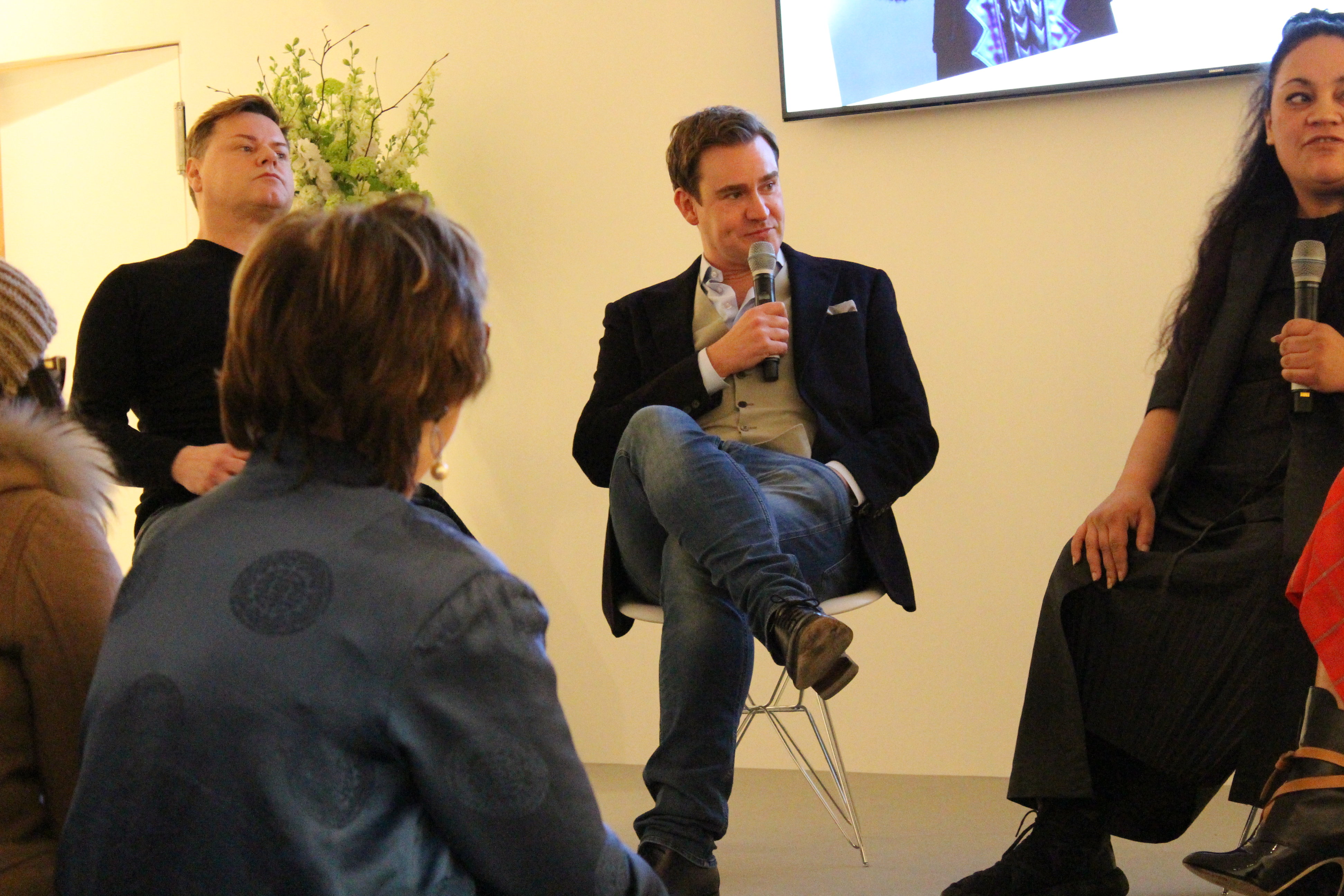 Some of the finest pieces of vintage clothing and vintage haute couture in the world are being sourced from the fashion brand William Vintage in Marylebone.

In almost six years the proprietor, William Banks-Blaney has gone from hosting small clothing sales in his living room to searching for exquisite pieces for his A-list clients, most recently Amal Clooney, seen on the red carpet for Grazia magazine.

Until recently, shopping for vintage was not necessarily an enjoyable process, let alone a red carpet obsession.

The reality of a shop selling old stuff was essentially a place where people would feel lucky to find a piece that had no faults or stains.

In just a few years, Banks-Blaney has managed to redefine the concept of vintage fashion.

Banks-Blaney, a British fashion expert and Global Style Ambassador to American Express has been given the title of “The Vintage King” by Vogue, Harper’s Bazaar, The Times, The Telegraph, The Independent, and The New York Times.

Just some of the most important customers that have stepped the door of this fashion store include Victoria Beckham, Rihanna, Eva Green, Lana Del Rey and Gillian Anderson, Lily Allen, Jessie J and many others.

Jumping on a plane every two to three weeks, Banks-Blaney trawls the world for vintage haute couture, always hunting for the perfect hidden treasure and somehow he always succeeds.

His range of haute couture vintage is all stored on the two floors of his William Vintage shop in Marylebone where viewings are only made by appointment.

William Vintage as a brand came to life in 2010, and besides the London store the company launched online in 2013 as a result of successful pop-ups in both Selfridges and Brown’s of South Molton Street.

It didn’t take long for international acclaim to follow. In five years, William Vintage has become a global success.

“It started because I’ve always loved vintage and I loved the idea of it, most of women I knew were terrified of shopping it because they were worried about dry cleaning or about condition, or the shops were often run by people who were quite unfriendly and didn’t really understand and enjoy the retail process and so I did a pop-up for about 30 girl friends,” said Banks-Blaney in an interview at London Fashion Weekend.

“I took a conference room for two hours, filled it full of the things that I’ve just been gathering and I quite liked and it was a sell-out.” The moment Banks-Blaney realised his passion had become a business was at the time of his fourth pop-up, when more than 400 women showed up.

“I didn’t think I was cool enough for it,” he told Artefact, even though he would often receive great appreciation amongst his friends for the coolest presents.

“I just knew a huge amount of women and just great girl friends that were quite disillusioned with what was available in contemporary markets and had always loved the idea of interspersing vintage within their own wardrobes. I would often find pieces to give to somebody’s birthday present and they always kept saying this is really lovely, so I did the pop-up for friends.” 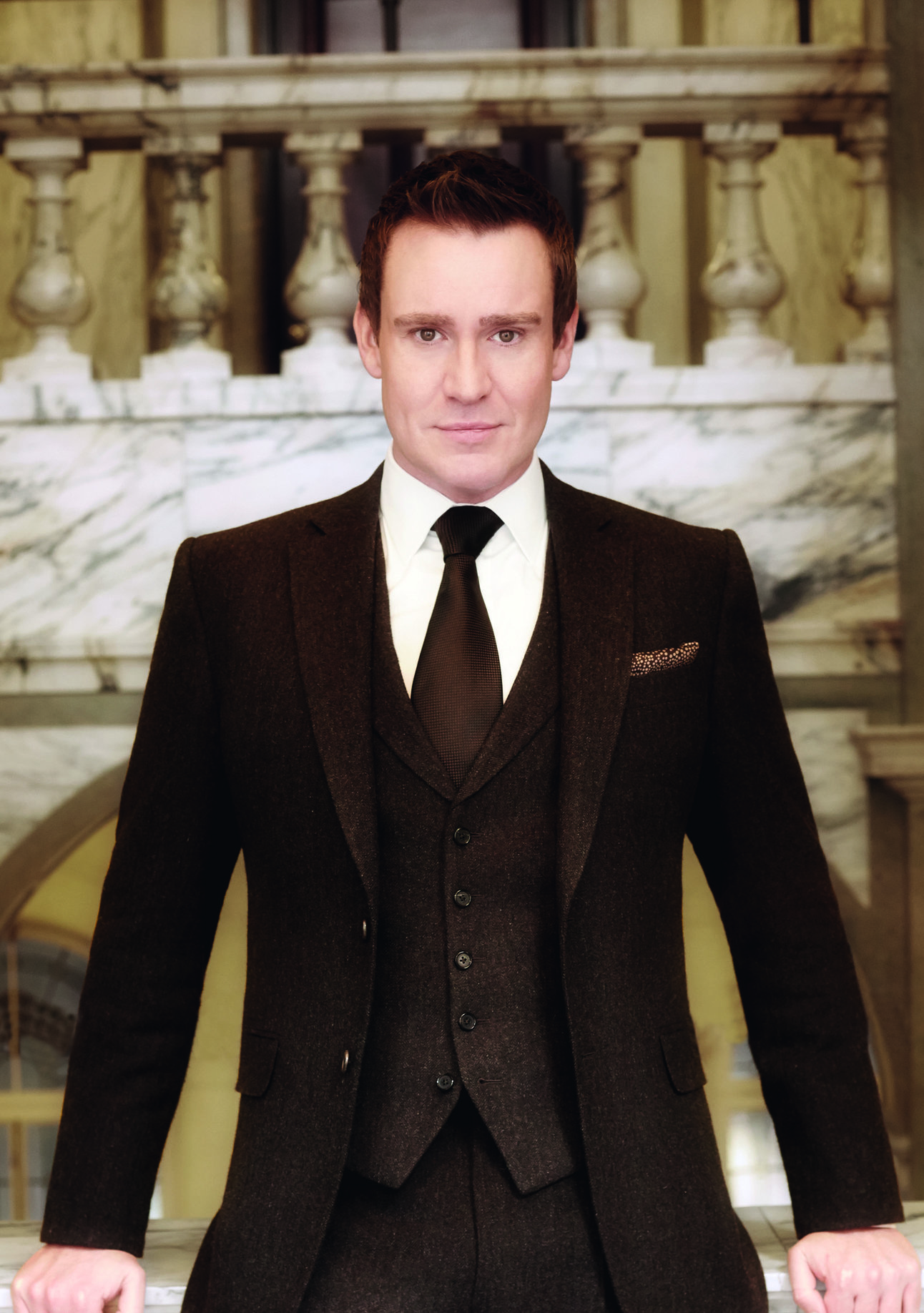 With a previous career in interior design, an interest in vintage fashion was a natural step for William.

His journey began with an unfulfilling degree choice, which led to more artistic choices.  “I started an aborted career in Law and left a four-year Law degree in Year Three.

“Then I went to University of Buckingham to do Art History and Heritage Management, Conservation and Restoration of important buildings, and then I sold art. I was an art dealer for about four years, I went into furniture design, antique furniture and then interior design.”

Banks-Blaney talks about vintage fashion with great passion. From an early age he had an interest in the art of vintage that meant much more than just flicking through racks for a hidden gem.

Humble, honest and a little bit infuriated, he began creating what was to become his dream job: “It’s fine when you are spending 15 quid but actually if you are spending 150 or 1,500 you have to do more work for it, and I just felt that there is this much bigger market for vintage than just thrift or museums.

“I felt a lot of the women that I knew were working for a living and had a decent income.  They were slightly bored of contemporary [fashion] and they loved the idea of vintage but never dipped their toe into the water. I wanted there to be an opportunity for an easy way to buy vintage, where you knew it was cleaned, you knew it was checked, you knew the buttons worked, that the zip worked and that the process of buying it was enjoyable. I felt there was a market for that and luckily I was right.”

Banks-Blaney has an extraordinary range of haute couture and a primary interest ranging from the 1920s to the 80s. The collection includes Alexander McQueen, day dresses, shirts, suits and everything from what you wear to work.

There are also items to wear to a cocktail party or a black tie event and things to wear with a pair of jeans. Beautiful design and construction is the key for all the pieces. 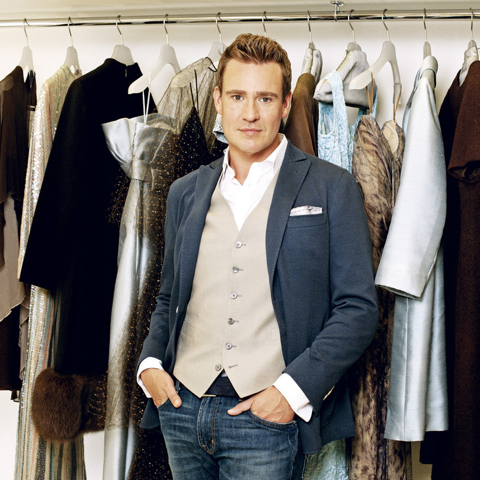 We certainly couldn’t miss the occasion to find out what Banks-Blaney’s considered to be the most treasured item he ever found: “We’re very lucky, we found some really amazing discoveries. I think one of the most magical pieces we had was a [Charles Frederick] Worth dress that I found in Paris and I found it in a medieval basement, medieval cellar, we sold it to a very important museum collection in America, and it was made entirely of glass.

“It was an Art Deco entirely see-through glass dress with a glass train and that was the most impossible, impractical dress you could ever create. It was haute couture and it was absolutely magical, it was just the most spectacular dress. That was amazing because the way I found it was so unusual, it was a real treasure hunt moment, and the piece itself was just so astounding for who designed it, for its condition and for what it said about that time.”

Banks-Blaney speaks with great passion and a charm that never goes out of fashion.

Every single one of his words sounds magical and it is obvious how much he loves his job. But what are the best and worst elements of his work?

“The best thing about my job is seeing a woman fall in love with a dress,” he says. “That is hands down my favourite thing. The worst part of the job is,” he pauses. “You know, I’ve never been asked that before, that is a very good question,” he adds.

“So, people are very used to us having perfect condition garments. We put a huge amount of effort into that. That takes an enormous amount of my time and everybody else’s time in the company, but that is offset by seeing a woman kind of fall in love with it. There is nothing I hate in the job actually.”

In terms of marketing, his primary client base is women who want a great dress or a great piece of clothing.

He also works with probably nearly every major design house, with a number of private archives and with most leading museums in the world.

But the main client is just a woman who wants something different, that likes the idea of having something that only she has and wants a great dress, or a great shirt, or a great coat.

Contrary to expectations, you don’t have to spend a fortune to introduce vintage items in your wardrobe.

For someone who’s on a budget but is really interested in vintage, Banks-Blaney has a few tips on the best places to start: “Don’t be a snob, look everywhere. Look in the charity shops, I still do now because I enjoy it, go to a vintage fare, go to the car boot sales. Don’t be a label snob because pieces were often made by really well trained seamstresses and until relatively recently a lot of these magazines used to issue patterns.

“In the 50s and 60s if you bought a copy of Vogue, there would be a separate little magazine, a Vogue pattern book and it would show you for example the patterns, shapes and cuttings of a Jean Patou dress. So often women would actually stitch their own version of the Paris Fashion, but it wouldn’t have a label. It would just be beautifully made.”

For anyone thinking of following his path into the art of vintage fashion, Banks-Blaney has some simple advice: “Work hard, always say yes and don’t be scared to scrub a loo.”