In Conversation With | Satoko Watanabe 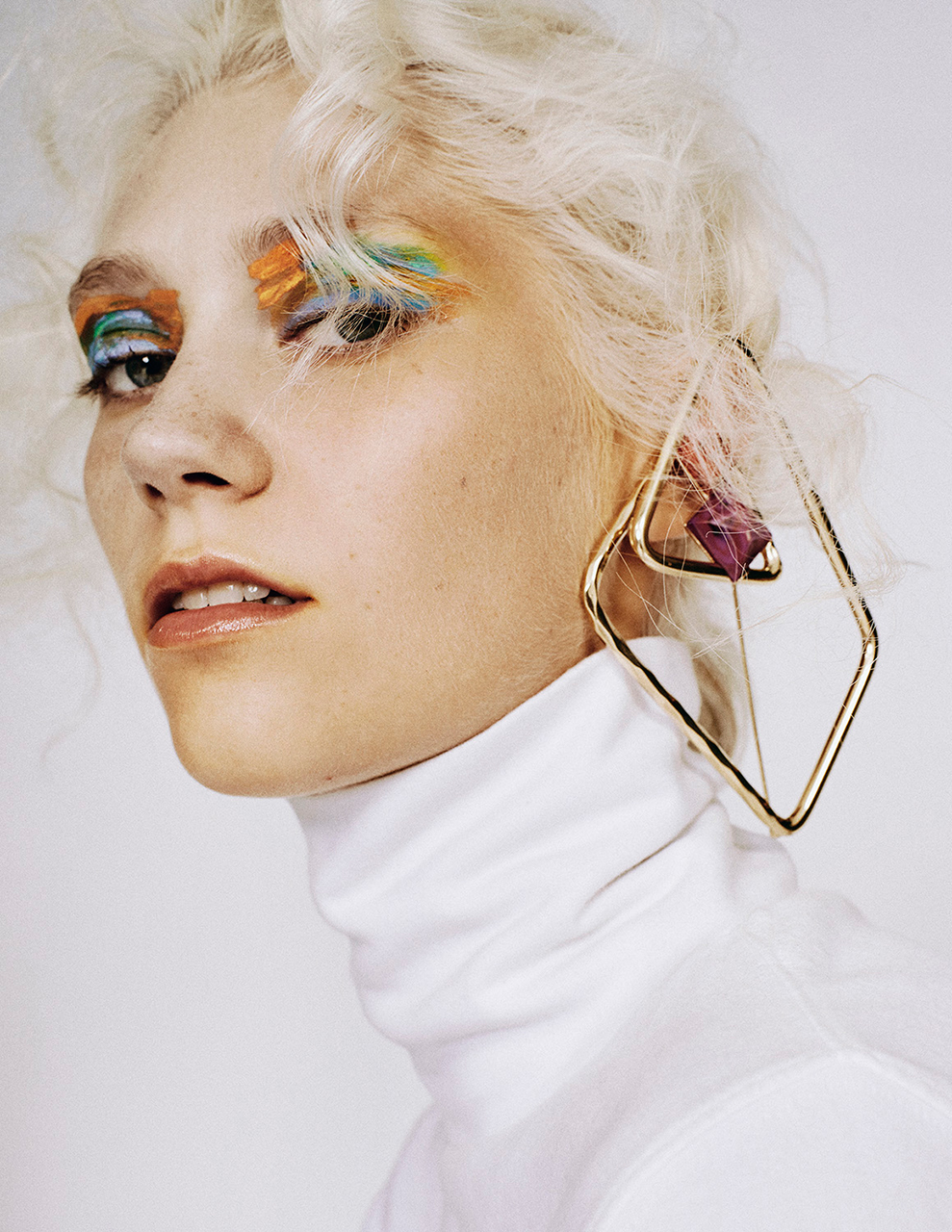 Hailing from Tokyo, Japan, Satoko Watanabe, is a professional make-up artist who has collaborated with an array of established publications.

Alongside a hectic schedule during Paris Fashion Week, and other projects at hand, Artefact had the opportunity to explore in-depth her humble beginnings.

With a background in beauty school, Satoko, was able to hone her craft through working in the theatrical industry; special-effects make-up and slowly but surely, she was able to make her way across to New York, and finally settle in Paris, where she is signed to the Artlist agency.

In between the transformative moves across the globe, her main source of inspiration were her friends; the musicians, the painters, and artists, that provided her the chance to use the creative energy as an outlet, towards her own path as an artist.

Japan has produced some of the most renowned creative talent in the world; with a culture so deeply embedded in tradition, yet a leading force in experimentation, Japan has shaped and moulded the perceived norms. The country’s post-war generation has been the driving force in ascertaining a pop-culture that has transcended expectations and possibilities.

It is fair to say that pop culture has been Japan’s leading export, and one that has caught the attention and fascination of people across continents.

Exports such as anime; the famous Studio Ghibli, that has created animation to a phenomenal standard both visually and mentally, surpassing the barriers of animation, to produce stories with substance and character, for both adults and children. 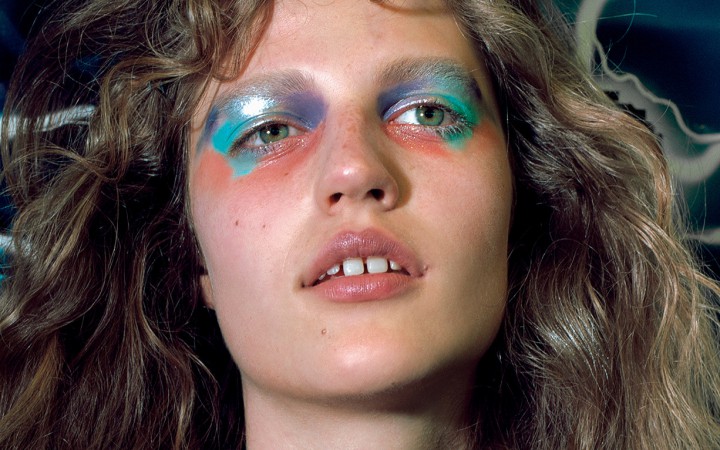 While fashion designers such as Yōji Yamamoto and Issey Mijake, have paved the path for others designers, as brands they embody the richness of Japan’s history and aesthetic, while retaining a high esteem for quality; an element that translates across countless forms of creative mediums.

It’s not surprising to find that Watanabe’s, childhood ambitions embodied the elements of creativity, especially in an age where innovation was key; she describes her childhood outlets as a “continuation, that has empowered me for a long time in my ambition to be an artisan in my own field, through continued growth. And of course I loved fashion a lot.”

Fashion in Japan has evolved tremendously, and with sub-cultures that make themselves distinctive through their attire, ‘advanced style’ to be specific, style and trends have been focal in Japanese post-war culture, and a leading outlet for individuality.

Watanabe, now 37, has secured a prolific amount of work during her profession, so it was interesting to find out who she managed to, and at what expense.

She explains that, “it been a difficult journey, as I have had to work hard on crafting my own techniques and improving while keeping an eye on what is happening in the industry simultaneously; in the past, at present and in the future.”

However, she adds that, “working as a part of a team with the photographer, hair stylist, art director, and models, means I am not alone, and we are able to communicate ideas and create together.”

Her wealth of experience has taught her that preparation is key, whether she is working on a campaign, editorial shoot or show, the art direction is a vital component. 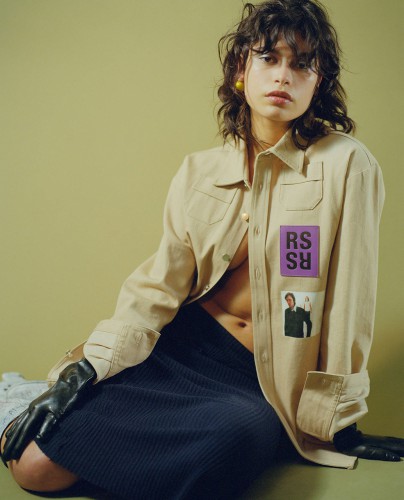 Moving on, I asked her what advice she would give to others who aspire to work in her field, to which she humbly replied, “I would love to get some,” before adding that, “enjoying your work is important in order to move forward’’. When you truly find something that you love, it provides a great deal of drive to persevere.

According to Watanabe the industry has become more demanding, however: “Keeping a free and open mind, adjusting to change, while being fearless and not bound to certain ideas, you can still work without being too restrained. Plus finding a collaborator to boost each other up, is great.”

Fundamental in terms of improving skills and knowledge, in an industry that is highly competitive and hardly accessible.

The change that has occurred in the industry, Watanabe explains, is that “fifteen years ago, digital photography was at its peak, photographers shot like scenes from a movie, gorgeous and really creative’’. However, since then, she adds, “it has become more graphical, retouched a lot, almost as though the images are rendered to hide reality, and depict a false scenery’’.

This is certainly true in the world of fashion, especially where retouching in photography has been a long-standing hot topic within the culture, since it depicts an image that verges on the line of distortion. Yet it has an astonishing effect on the viewer.

Since technology has advanced, Watanabe points out the Iphone has caused, “a change in the industry. People do not want to buy magazines, like they had done before, since it has become accessible online, making it possible to view fashion and photographic content.”

Decline in print magazine sales, is nothing new, and with a continued rise in social media use, it has had a significant effect on how content is viewed.

For Watanabe, the work schedule of a make-up artist varies, she explains that there is always a shift between work and leisure, where work is “provided non-stop for a month, and sometimes I won’t have a booking for a whole month, so it is really flexible.” Luckily for her, she enjoys the freedom within that, as I am sure others could be anxious of such uncertainty.

With an industry like fashion, there is always a constant motion towards change, so I posed the question; how do you see the industry in ten years? To which she answers, “I think mixing a lot more with art…An interesting example would be that Louis Vuitton appointed cartoon characters for their campaign this year.” 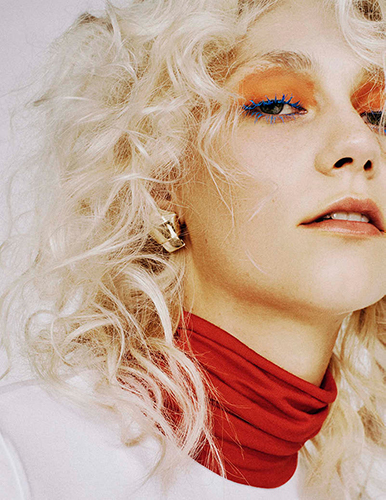 “Perhaps in 10 years there would be less demand for make-up artists anymore. Fashion is always changing and creating new concepts, so it will definitely be interesting to see how it will turn out,” she tells us.

Whether this may be the case, make-up artists, and their handcraft, I think will always be required and appreciated.

Going back to basics, we spoke about her style and her favourite creations. Watanabe’s use of colour is prominent throughout her work, yet retaining a simplicity that never quite creates a façade but rather exemplifies the subject.

Her work these past two years are considered some of the best, she adds, “I had the chance to collaborate with great creators.”

Experimentation she explains is at the forefront of her style, thus with advancements in skills, it has opened avenues of possibilities – in that respect it becomes “harder to describe my own style”, she concludes.

That is the beauty of being free-minded; there are no set rules that guide or restrict your work.