The alternative candidates for London mayor 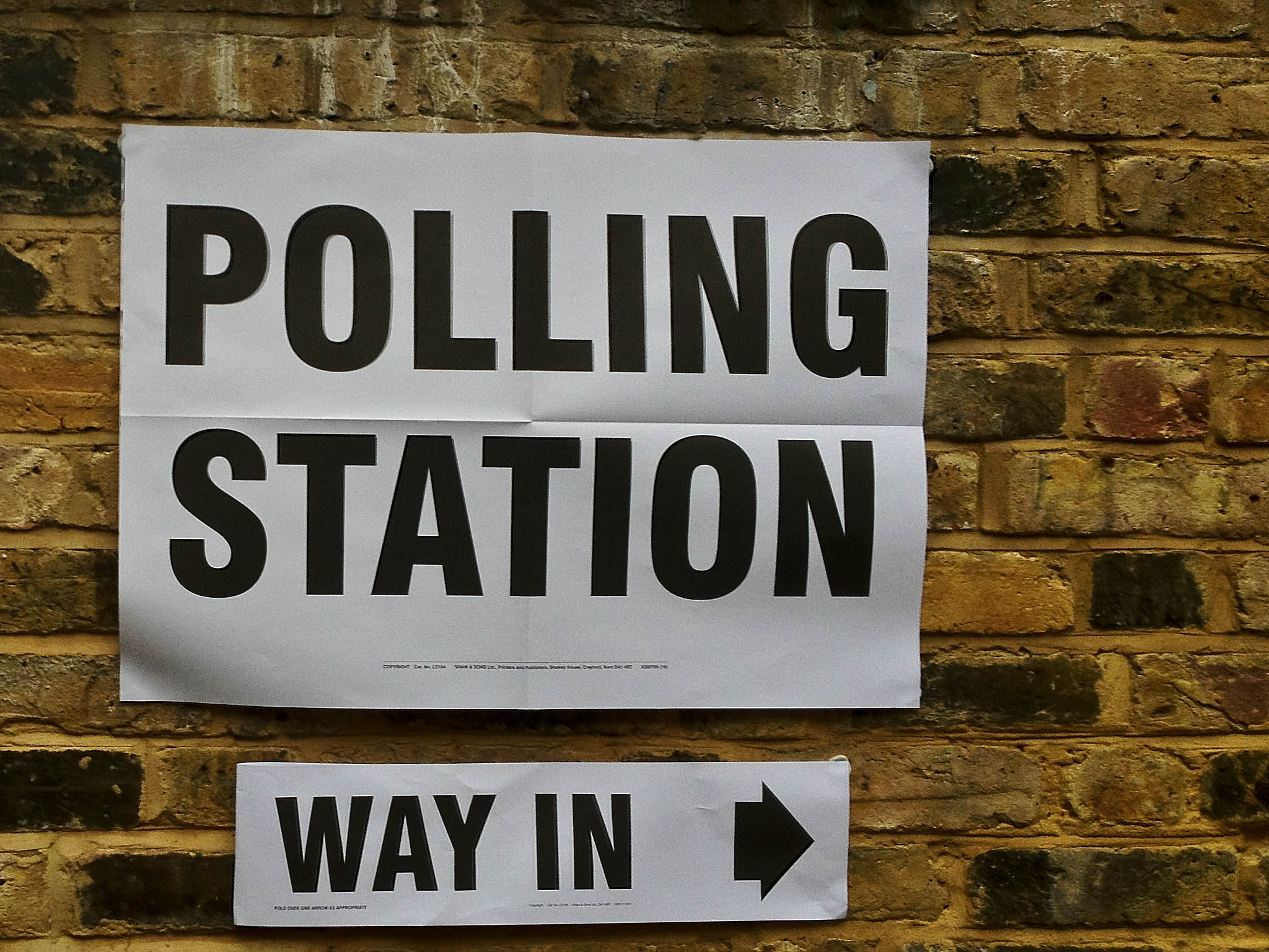 As London gears up for its fifth mayoral election, the fight for control of Britain’s capital city has become one that is increasingly being seen as a battle between the candidates from the two main political parties.

On the one side you have Zac Goldsmith, the Conservative member of parliament for Richmond Park and middle child of the late billionaire businessman James Goldsmith. On the other is Labour’s Sadiq Khan, the son of a bus driver and seamstress, who grew up on a council estate in Wandsworth.

On the surface, the two couldn’t be more different, with their contrasting upbringings representing the two ends of London society and the gap that exists between them as income inequality continues to rise.

The differences between the two and, by implication, the supporters that they are able to attract has resulted in many political commentators arguing that a gap has appeared in the centre of the political spectrum, and it is one that several candidates from other, smaller parties are desperate to fill.

Their chances of succeeding Boris Johnson are slim and their current notoriety is even smaller, but a combination of the election’s supplementary vote system and the problems currently splitting both the Conservatives and Labour could result in a third-place candidate enjoying a late surge as voters move away from the two main choices.

But who are these brave underdogs, and what are they fighting for? 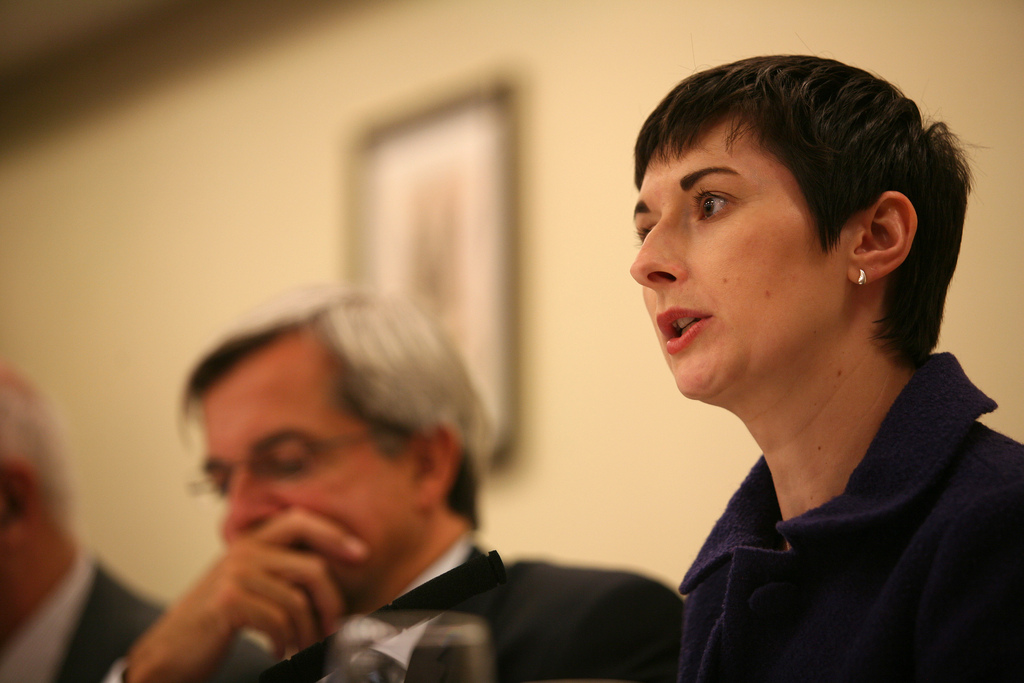 Arguably the candidate with the best chance of finishing in a respectable third place is Caroline Pidgeon, the leader of the Liberal Democrats in the London Assembly and a former councillor in the borough of Southwark.

The 12 years that she spent as a councillor, not to mention the eight that she has been a leading member of the London Assembly, makes her one of the most experienced of the “other” mayoral candidates, and it also arguably puts her on par, or thereabouts, with Goldsmith, who has been an MP for little under six years after making the switch from journalism to politics.

During her time as an assembly member, Pidgeon has been seen to be particularly focused on transport, an issue that has become an important matter for Londoners as satisfaction levels fall.

It is also one that is featuring prominently in her mayoral election campaign. Pidgeon started the year by announcing her “half-price by half-seven” policy, an initiative that, in her words, “would really help some of London’s lowest-paid workers who often have to work unsociable hours” by halving the cost of Underground, Docklands Light Railway, rail, and tram journeys that begin before 7:30am.

Pidgeon has also signalled her intent to introduce a one-hour bus ticket, which would allow passengers to embark on as many bus journeys as they like during a 60-minute window without having to pay a separate fare for each one, a scheme that she has been campaigning for since 2009 and one that has made an impact outside of Liberal Democrat circles by featuring in both past and present Labour mayoral campaigns.

Meanwhile, away from transport, Pidgeon has promised a City Hall-led initiative to build 50,000 “new, low-rent council homes” over the next four years, an “Olympic effort” that would be made possible by shifting to housing the £20 a year section of Londoners’ council taxes that has been used to pay for the 2012 Olympic Games.

With an estimated 10,000 registered Liberal Democrat members in London and recent council by-elections resulting in surprising gains for the party (particularly in Hampton Wick and Wallington South), the current political climate certainly seems to be right for Pidgeon to make a determined push for mayoral success. 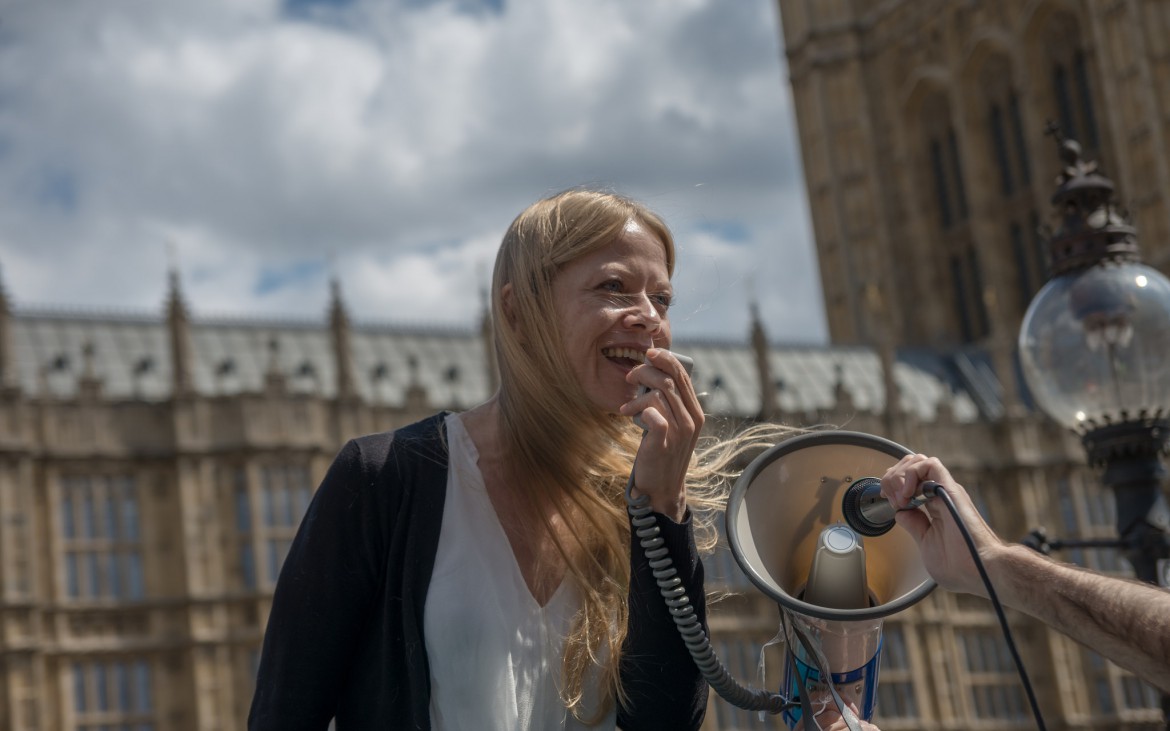 In a race for third place that will be hard-fought and could be decided by incredibly narrow margins, it looks as if Siân Berry is best poised to give Pidgeon a run for her money.

The Green candidate is no stranger to London mayoral elections (she stood for the party in 2008, gaining a then record-breaking fourth-place finish with 3.15 per cent of first preference votes and 13.50 per cent of second preferences), and she is currently Camden Borough Council’s only Green councillor after being elected to the Highgate ward in 2014.

A former Principal Speaker, one of the two public spokespersons for the party before they were replaced by a national leader and deputy leader in 2008, Berry has played an important role in the Green Party both in and out of London, and she will be looking to build on Jenny Jones’ impressive third-place finish in the last mayoral election with another strong showing this time round.

With Jones’ success firmly in mind, Berry has put together a comprehensive and far-reaching list of proposals, but the emphasis of her beliefs seems to lie firmly in the housing crisis that is currently gripping the capital.

She has advocated setting up a “London renters union” that would, in her words, “help renters to organise to reign in private rents and expose rogue letting agents”, whilst also “providing advice to individual tenants facing problems”.

Further to this, Berry has pledged that, if elected Mayor, she would oppose David Cameron’s plans to demolish and rebuild council estates in the city, as well as setting up a “community homes unit”, which would “give expertise and money to residents to make their own redevelopment plans”.

Added to these initiatives are ideas for an overhaul of the London public transport system, which would see a merging of Outer London zones to create a four-zone structure that would pave the way for a flat fare system in 2025, “abolishing all zone differences” to “create a completely equal fare system for all Londoners”. 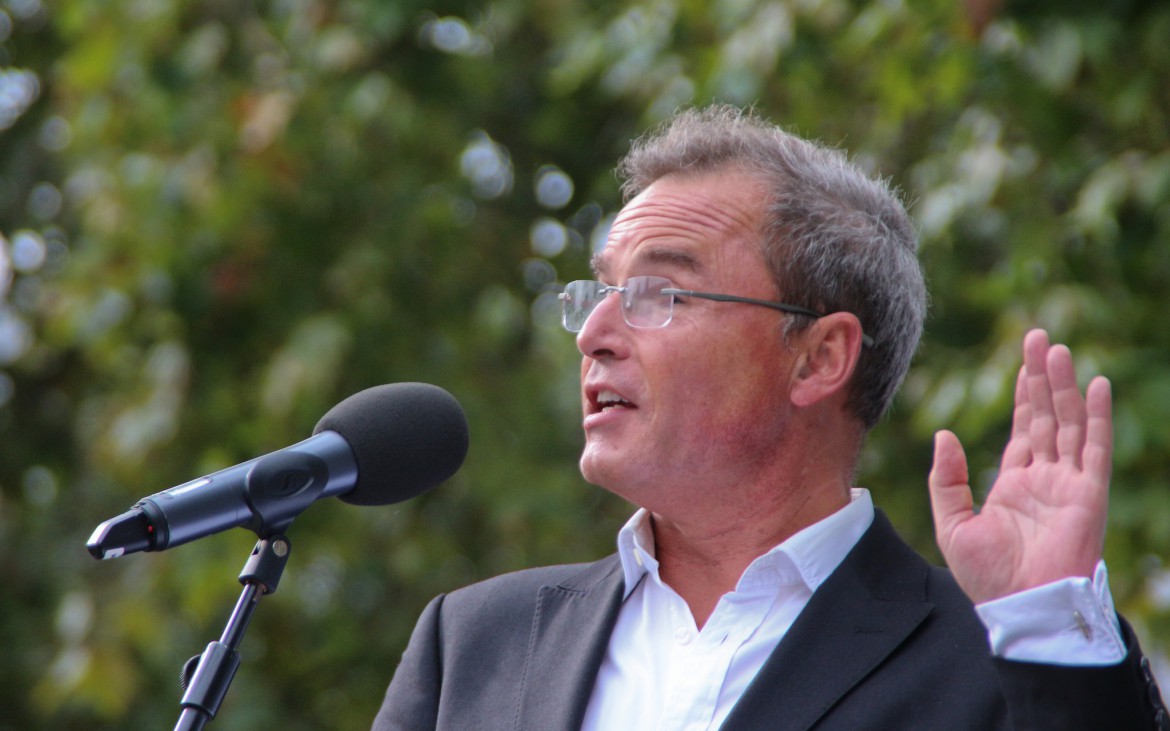 A surge in support for the United Kingdom Independence Party (UKIP) in the 2015 general election sent shockwaves around the country, and whilst the party failed to win a single seat in London, they nonetheless compounded a miserable night for the Liberal Democrats by gaining 0.4 per cent more of the vote than the traditional third-place party.

As a result, the UKIP hierarchy are quietly confident about their chances of pulling off a positive result in the mayoral election, and they believe that their candidate, culture spokesman Peter Whittle, is the man to help them achieve just that.

Born in Peckham and raised in Shooter’s Hill, Whittle, the only LGBT candidate on this year’s list, has largely concentrated on issues surrounding housing as he attempts to use his working-class background to directly appeal to left-leaning voters that may be tempted to vote for Khan.

Whilst linking London’s housing crisis with Britain’s “lack of control over its borders” is unlikely to gain him the support of ethnic minority voters, Whittle, and UKIP as a whole, nonetheless has the opportunity to further eat into both the Conservative and Labour’s share of the vote.

A recent poll put his support at 4 per cent, marginally ahead of both Sian Berry (3 per cent) and Pidgeon (2 per cent) but in an impressive third place nonetheless. 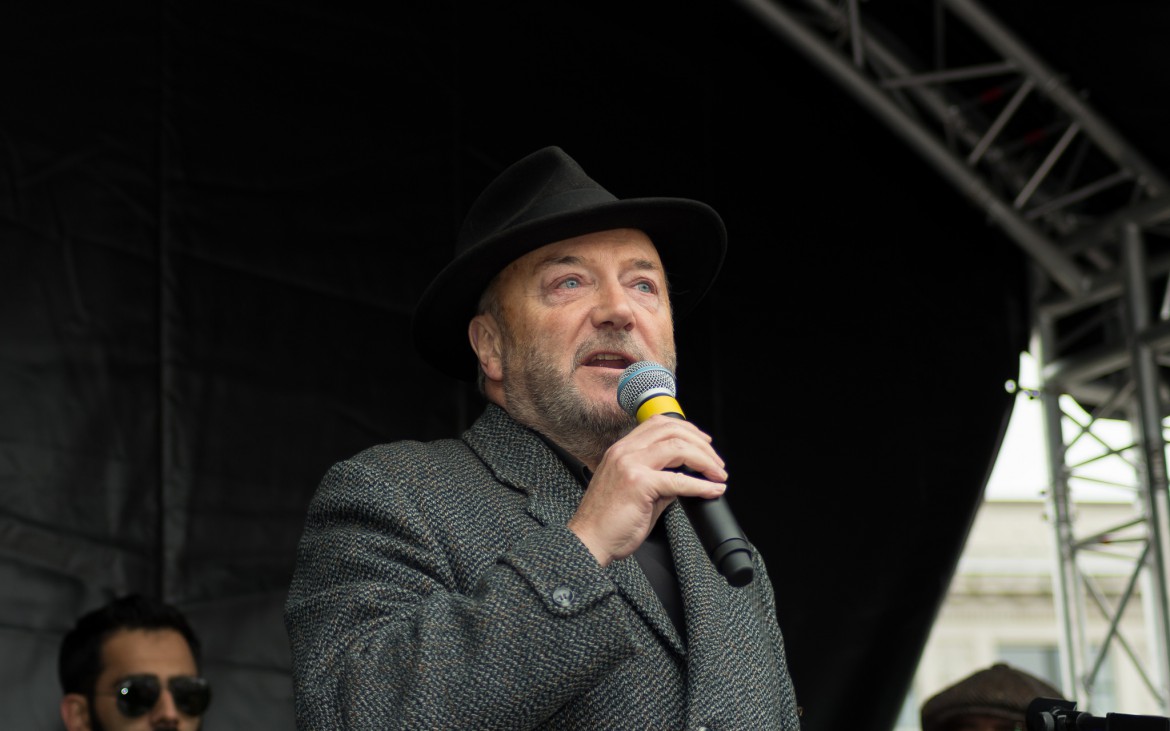 Away from the main four political parties, George Galloway is arguably the most famous of the minor candidates standing for election.

The controversial and divisive ex-Labour politician announced last May, via his official Twitter account, that he would stand in this year’s London mayoral election after failing to retain his Bradford West seat in the last general election.

Galloway initially enjoyed an impressive amount of popularity, with one survey of voters placing him firmly in third place behind Khan and Goldsmith, but since then his campaign seems to have stalled.

A crowdfunding website set up last June to fund his venture has so far raised just £3,140, quite some way short of his £100,000 target.

Like many of the other mayoral candidates, Galloway has made the London housing crisis his “number one priority”, and, if elected, he has promised to “build a city that benefits everyone, not just those dripping in gold”.

However, one of his most memorable policies advocates the creation of an annual “Battle of Britain weekend”, a “mix of solemnity and fun” that will include “1940s street parties, dressing up, air shows, exhibitions, films, and music of the era”.

With income equality, increasing housing prices, and environmental issues largely at the forefront of the electorate’s minds, it remains to be seen how much of a vote winner that policy will be.

For the first time in their short history, Britain First, the far-right party, have decided to put forward a candidate for this year’s mayoral election. Standing for the nationalists will be their leader, Paul Golding, an ex-British National Party councillor who has promised a “strong, hard-line, and overwhelmingly pro-British” campaign, although specific policies have yet to be announced.

Despite being almost entirely wiped out as a political force due to the infighting that has plagued them over the past two years, the British National Party are nonetheless still putting forward a mayoral candidate for the fifth consecutive election. Their chosen man is David Furness, who stood for the party in the 2011 Feltham and Heston parliamentary by-election and came in fifth place ahead of the Green candidate.

Represented for the first time in this year’s mayoral election will be the Women’s Equality Party, whose joint founder is writer and presenter Sandi Toksvig. Standing as their candidate will be Sophie Walker, the leader of the party and a former Reuters reporter who has said that she wants to “put equality for women at the top of the Mayor’s agenda”.

No mayoral election is complete without Winston McKenzie, the perennial candidate who has been a member of no less than eight different political parties. Now with the English Democrats, the former boxer and Celebrity Big Brother contestant is once again running for Mayor (he previously unsuccessfully ran as an independent in 2008) after famously leaving UKIP.

With little under two months left to go until Londoners head to the polling stations, candidates are gearing up for what is set to be a thrilling fight for control of the capital, and campaigns are going into overdrive in an attempt to win the backing of undecided voters.

The support that Goldsmith and Khan currently enjoy in opinion polls means that it is unlikely that any of the other candidates will be able to come close to the two frontrunners, but one thing is for certain: If the last year has proven one thing it’s that absolutely anything can happen in politics.