The life of Eames

Charles (1907-1978) and Ray Eames (1912-1988) are two of the most influential designers of the 20th Century – their success has set them on a pedestal, not only in respects to interior and furniture design but creative arts as a whole.

As a collective the pair have created a wide spectrum of things beside their quality furniture designs; this includes films, instillations, children’s toys and even magazine covers as well as famously, fully designing and creating their Eames home in Los Angelis, California.

Most commonly known for the infamous Eames Lounge Chair and Ottoman, a sophisticatedly constructed set crafted from moulded plywood and sleek leather, the pair have designed a number of pieces which are recognised across the industry and have contributed to some of the greatest design pieces best known in the industry. 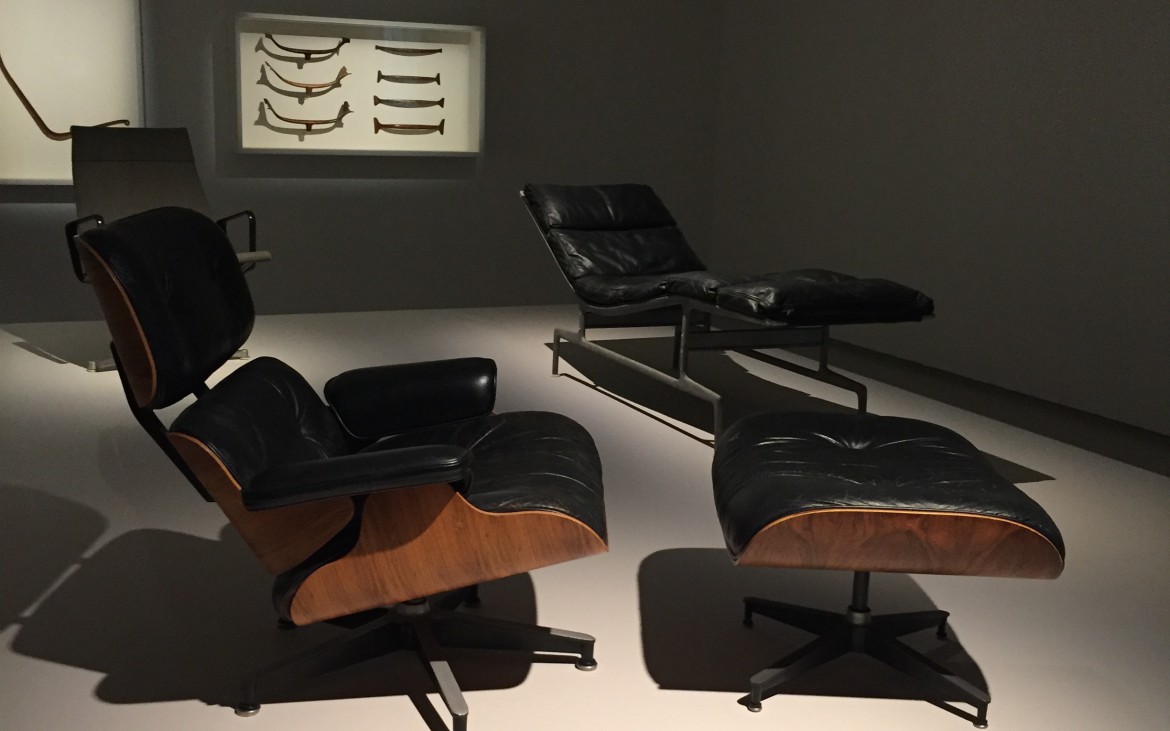 Eames Lounge chair and Ottoman at the Barbican [Zandile Lungah]

Charles Eames was born in Missouri in 1907. He established his interest in both engineering and architecture and after high school; he won an architecture scholarship to Washington University in St Louis.

It was not until 1930 that Eames would begin a career in the design world. Later he would become the head of the design department in the Cranbrook Academy of Art in Michigan and it was here that he met his second wife Ray Kaiser, whom he married in 1941.

Bernice “Ray” Eames (née Kaiser) was born in Sacramento, after studying painting at a school in New York she later moved to the Cranbrook Academy here she meet her husband Charles.

Along with one other named Eero Saarinen, pair won an award form the Museum of Modern Art’s Organic Furniture Competition.

After both moving to LA, Charles began working for MGM and Ray, a California Art & Architecture magazine where she created the covers.

Despite not actually working in the field, they would use spare time to experiment using a variety of tools and produce chairs and sculptures as well as tables and ornaments.

This work was done at an office that the Eames had rented out in Santa Monica in 1942. However here they did not work alone, they collaborated with a number of other US based designers including Harry Bertoia, most known for his unique grid steel chairs.

One of the biggest moves for the Eamses in their earlier career happened in 1946, when the American furniture company Herman Miller started producing some of their early designs after a very valued recommendation from already distinguished designer GeorgeNelson.

The collaboration and manufacturing added to the commercial aspect of their design career. The Eames’ wanted to create furniture that could be both stylish and practical without having a huge price tag. Today Eames furnishings is most commonly produced by Swiss company Vitra.

Besides this the couple also managed to create a relationship with the IBM which spilled into their ability to produce films as well as a variety of exhibitions which added to the rapid growth of their career.

Going into the 1950s, the Museum of Modern Art group (MoMA) saw it as important to have the public be exposed to design and become aware of the world of arts and culture in the United States.

The pair have had their work-showcased worldwide for decades. The most recent show in London was held at the Barbican Centre, which gave a glimpse of the process behind their works including their original designs, interests, inspirations and experiments.

A steward giving a talk at the Eames show said: “A true designer doesn’t limit their self to just one form, but many. The Eames’ ability to shape shift and pre-evolve their ideas proved their success”

Collection on photographs taken by Ray Eames at Barbican Centre

Collection on photographs taken by Ray Eames at Barbican Centre

Pretty much everyone has come across their furniture designs, albeit unknowingly. The iconic structures, forms and use of such a wide range of materials have meant that many are able to relate and recognise them for what they have created.

Their work has become an archive for the 20th century design period, with materials including leather, fibreglass, wood and aluminium, which are not only used for the aesthetic but also for the practicality, which is where so many others have been criticised.

The British television quiz show, Mastermind, famously uses one of the iconic Soft Pad Lounge Chair in their title sequence – an original piece from the Eames collection.

The elegant office chairs produced by Herman Miller would be adopted into default office interior of the modern cooperate environment which began in the 1960s.

The Eames’ made a positive impression on people of the 20th Century wanting to move away from the basic conventional designs and moving with the postmodernism movement of the late 1900s.

They abandoned the default nature of basic woodwork and craftsmanship and began the evolution of design. Their success and earning allowed them to live a comfortable life doing what they loved the most. 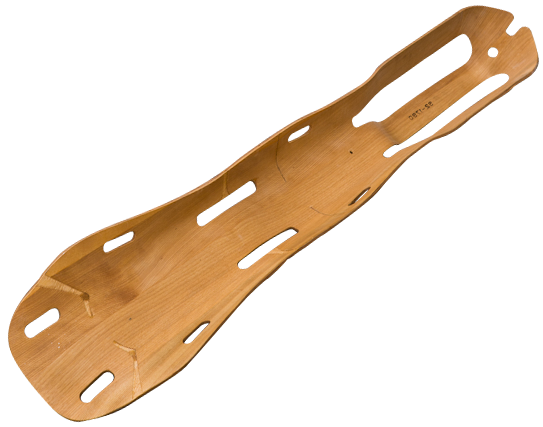 At the time of the Second World War, Charles and Ray Eames were approached by the US Navy who were seeking a new leg splint design that would fit the purpose without being expensive nor complicated and have the ability to be produced in large numbers, something the Eames’ ability to be innovative would allow them to do.

The pair used their skills along side the help of facilities, they were able to master the skill of plywood moulding, a skill that had been mastered and used in the creation of the Lounge Chair.

Charles and Ray later went on to design and build a home, which still stands in California. This opportunity rose as art of the Case Study House Program sponsored by Arts & Architecture magazine.

The home that they created together is now a place were many modern day critiques have described as a “Mecca” pretty much anyone who is a part of the industry, and many designers have visited to have access into the minds of both designers.

This is the short film that was made by the pair giving a full overview of the home:

Its charming nature forces you to see Charles and Ray as more that just the two furniture designers but as charming individual and you are influenced by the structures and characters.

The founder of the Case Study House, John Entenza, believed that the Eames House “represented an attempt to state an idea rather than a fixed architectural pattern.”

Covid and the future of the creative industries